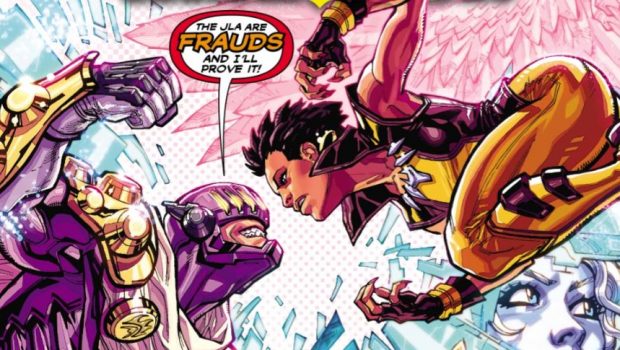 Summary: Justice League of America #19 has Prometheus offering the leaguers a whole world of pain!

Writer Steven Orlando is planning something big on his run of Justice League of America and issue #19 delivers one of the leagues most challenging villains, Prometheus. So while Black Canary and the main man Lobo are fighting their own battle with Afterthought in Happy Harbor, Vixen is taking on Prometheus and needless to say, things are going very badly for our heroes.

Meanwhile in another world, Angor to be precise, the Dreamslayer is rescued by Blue Jay, Raymond Palmer and Preon as they summon him to the Microverse which is obviously a lead into the conclusion of the Might Beyond the Mirror which I’m totally excited for.

Back on Earth, Lobo is getting his alien butt handed to him, however Canary manages to escape in order to rescue both Ryan Choi (the Atom) and Cailtlin Snow (Killer Frost) who help take on Afterthought.

Unfortunately it’s one step forward and two steps back for the League as Prometheus has the upper hand and the issue ends on a classic cliffhanger with just 2 seconds to go as the bomb attached to Afterthought is about to explode.

In terms of story, there’s plenty of engaging dialogue and fun twists along the way and Orlando once again captures the spirit of these characters which is complemented by the amazing art of Hugo Petrus.

Justice League of America #19 was a fun read as Orlando and Petrus bring back Prometheus to give these heroes some true grief and without the help of Batman, can they survive? 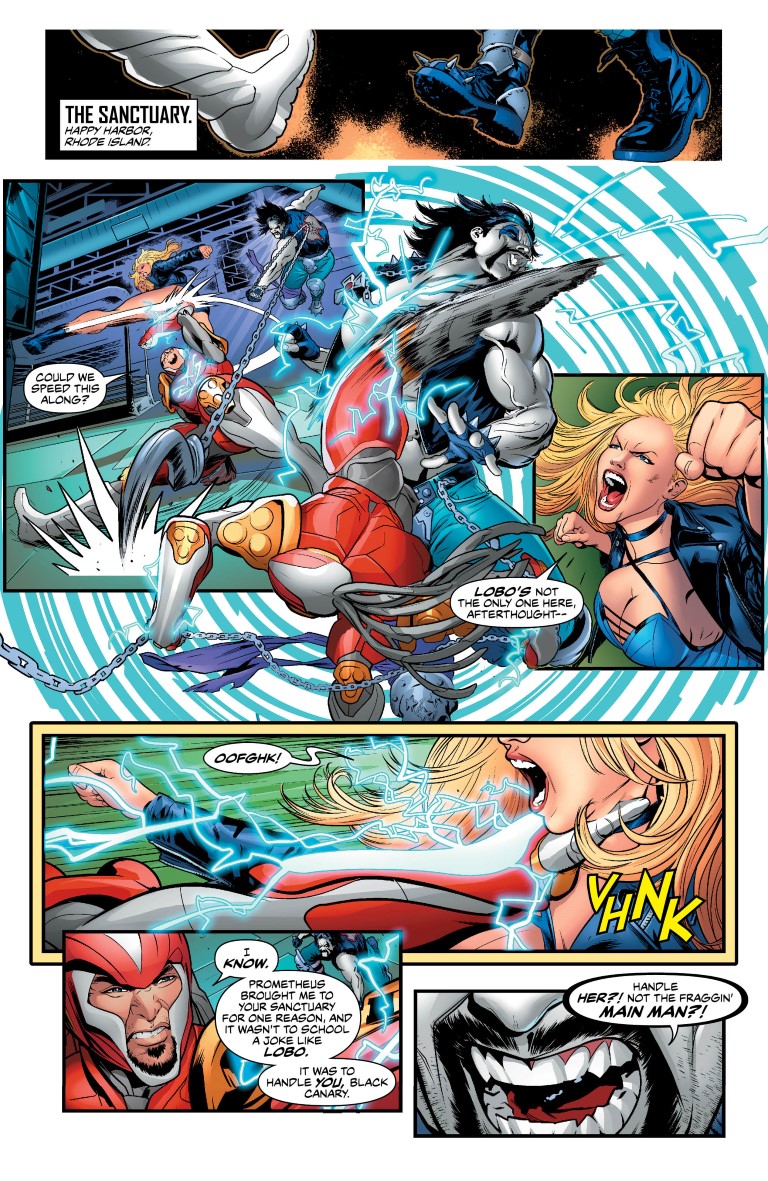 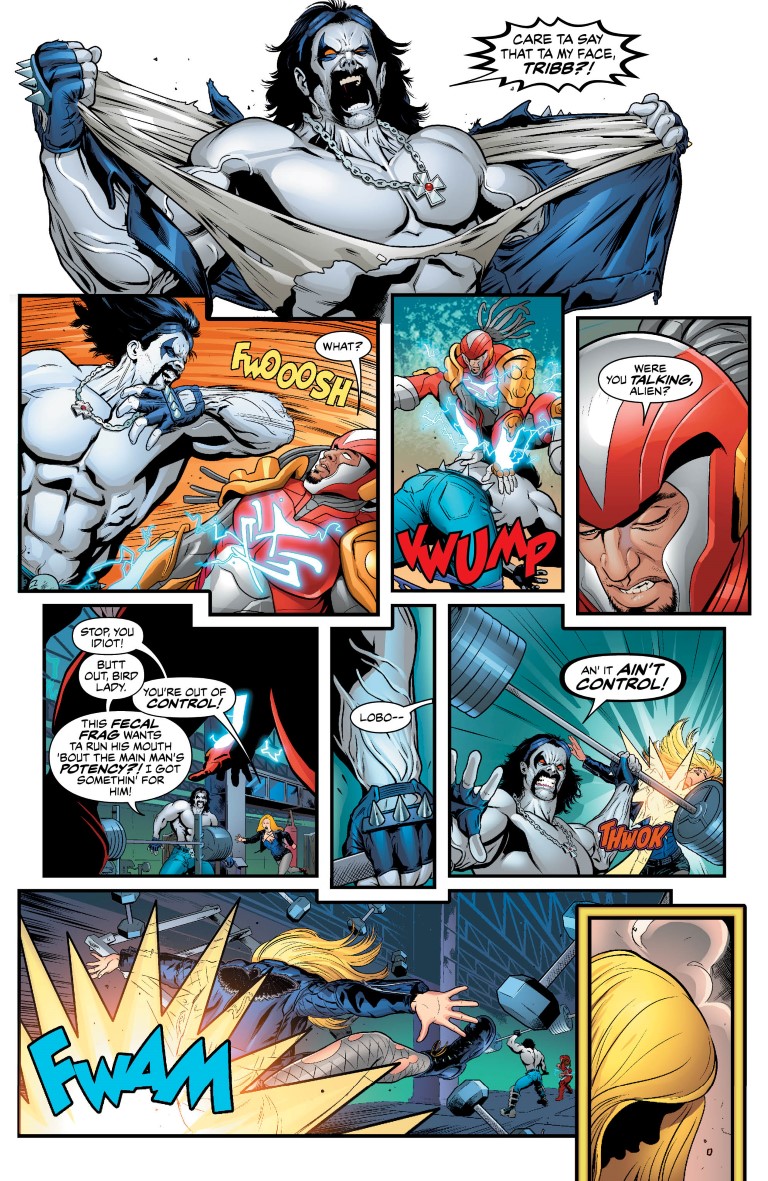 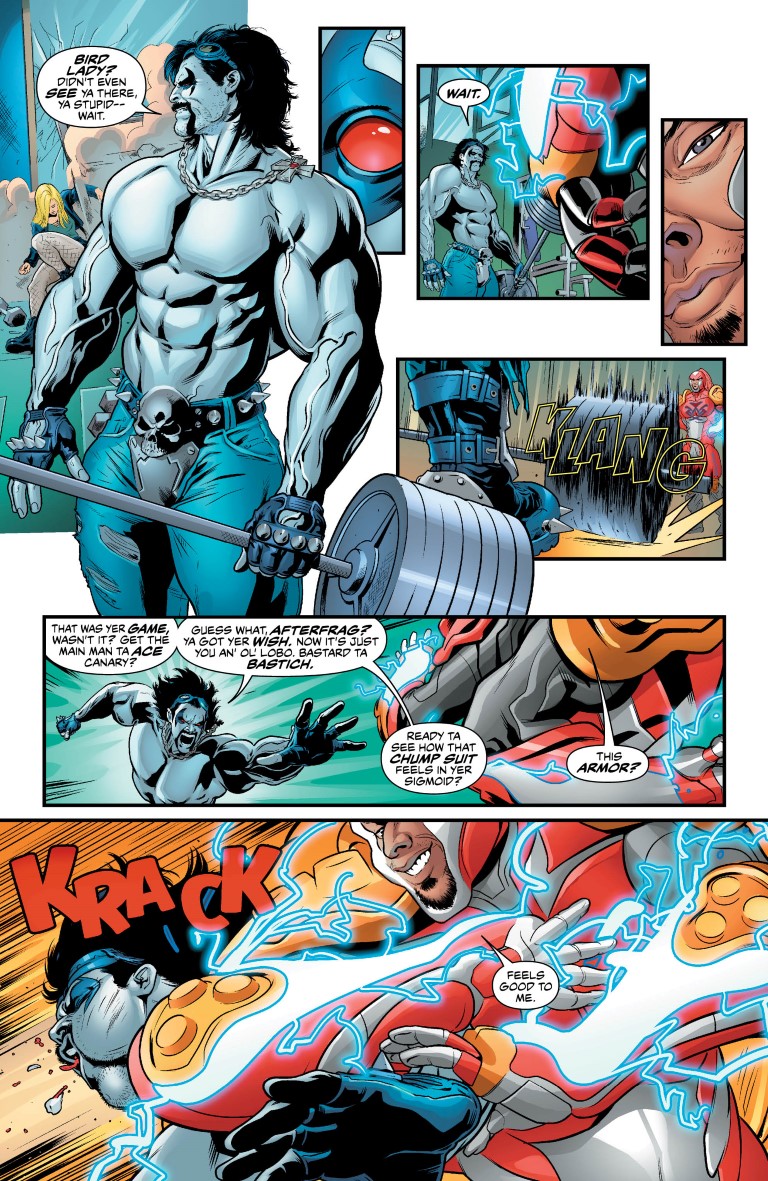 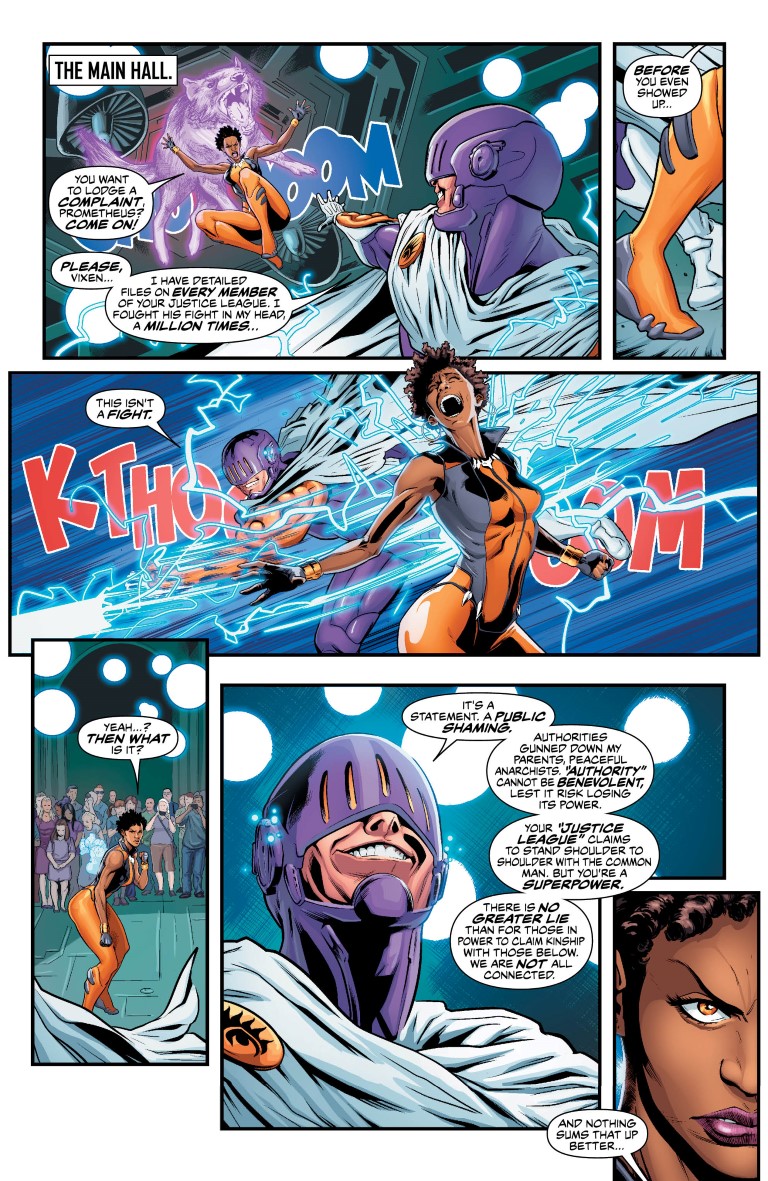 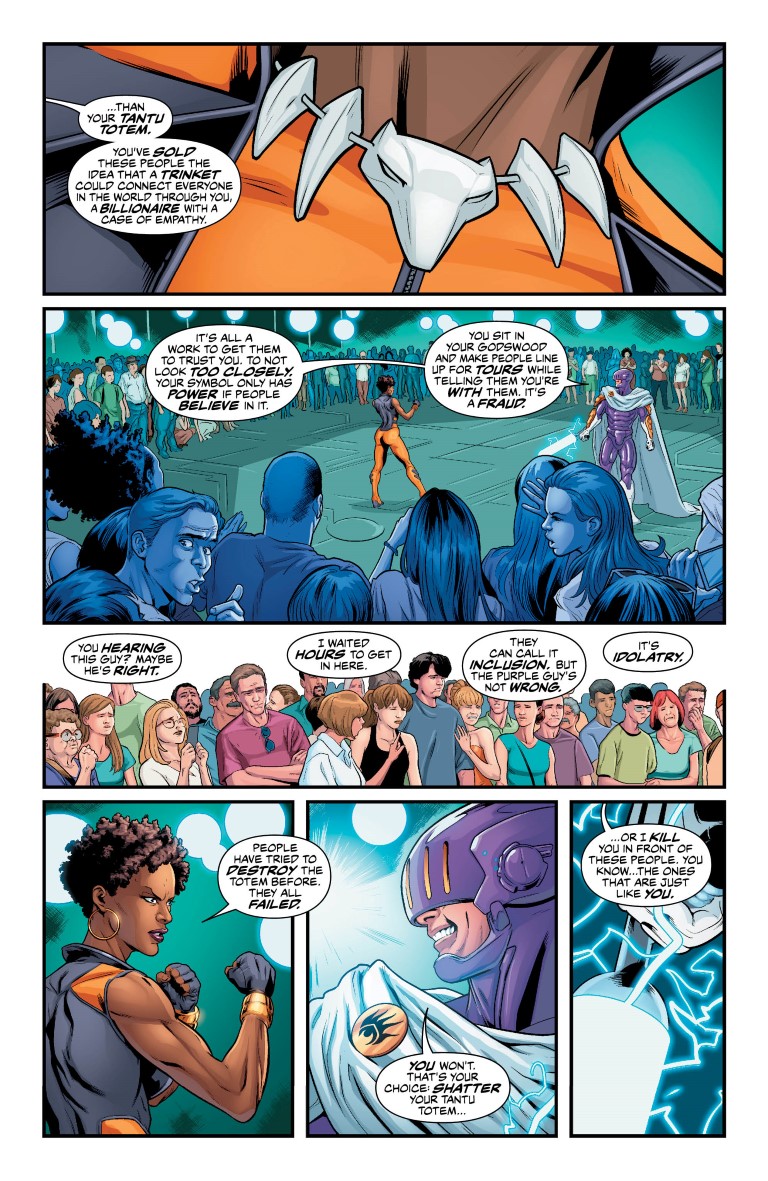 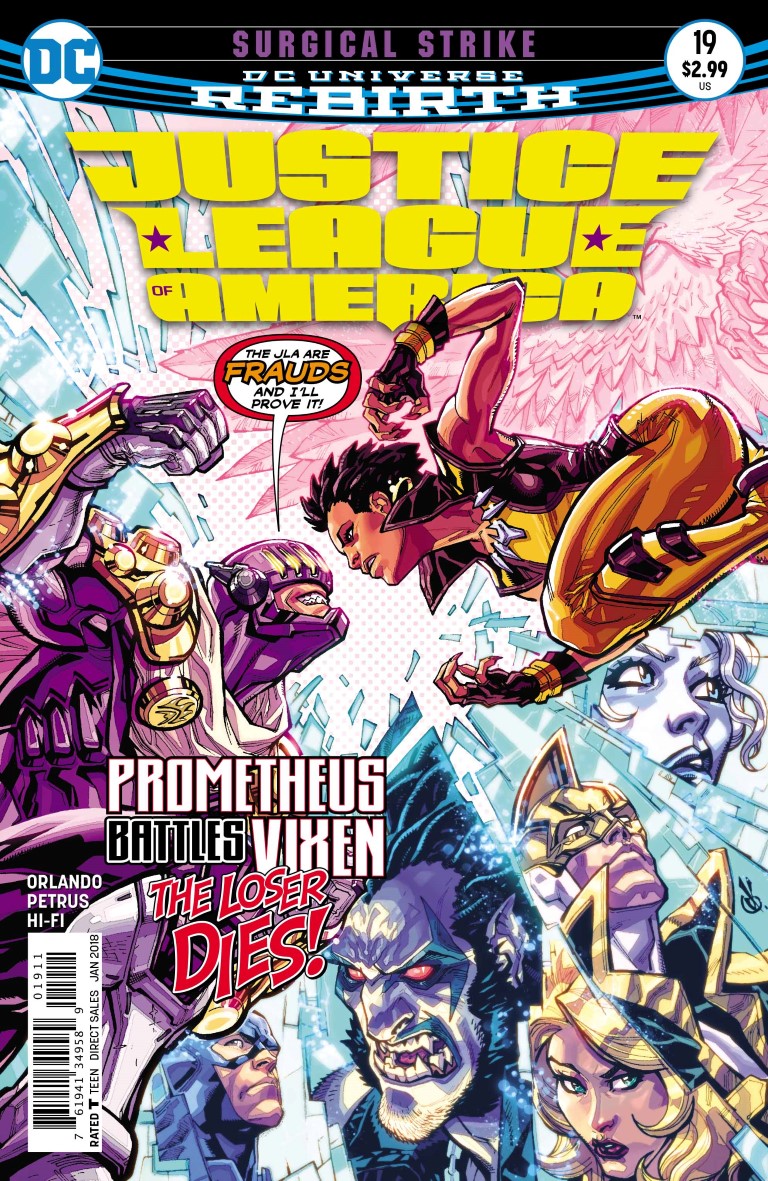 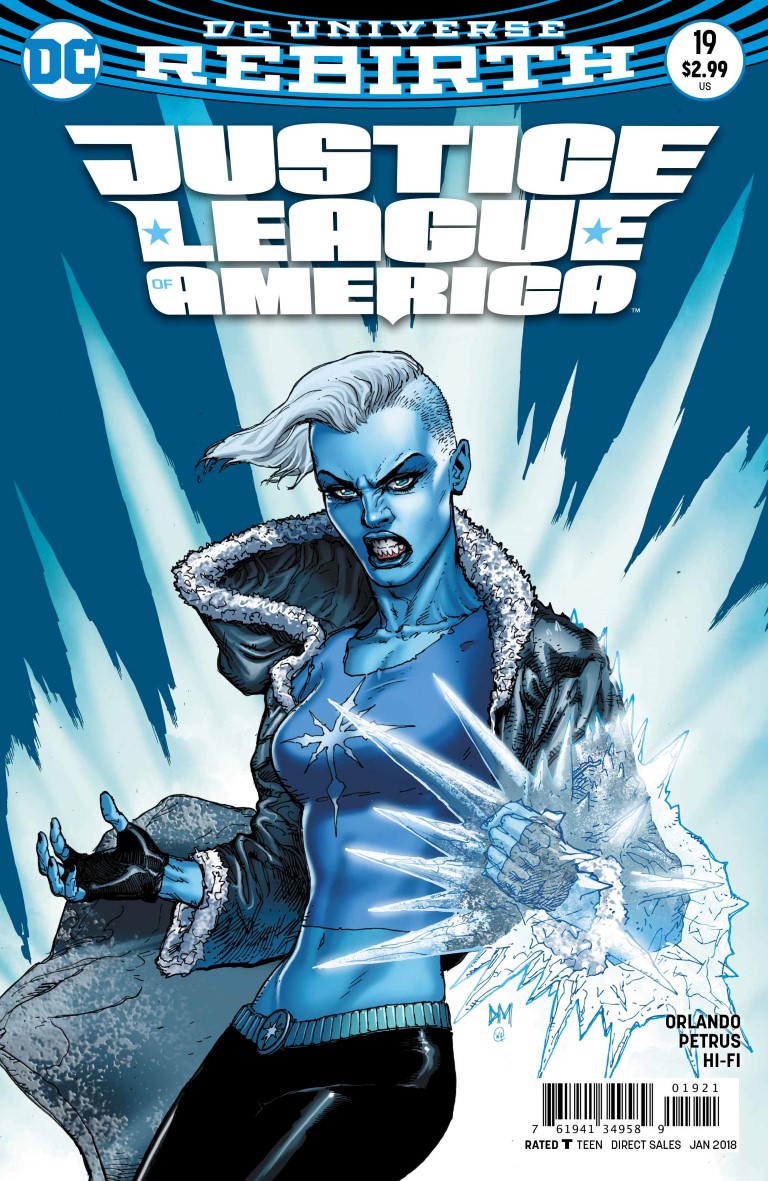