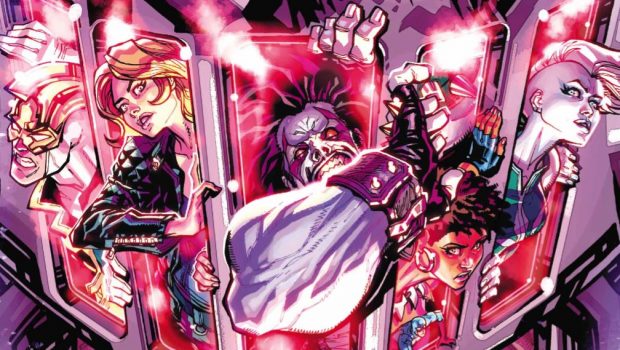 Justice League of America #18 starts innocent enough when documentarian John Porter is talking about his ‘upcoming’ Justice League documentary as he ‘chats’ with the team about their motivations, passion and of course their leader Batman. Unfortunately the Ray takes one of the questions very personally and bails from the league which leaves the team questioning what just happened.

Meanwhile in the realm of chaos, the first appearance of Dr Chaos since Crisis on Infinite Earths is attempting to thwart the Might Beyond the Mirror only to be seamingly destroyed by this mysterious entity. If you don’t know who Dr Chaos is… it’s basically an evil version of Doctor Fate and with the Lords or Chaos and Order involved, I’m hoping the good doctor will soon make an appearance.

However with Batman gone, the team appears to be falling apart at the seems and something has invaded their headquarters with the first victim being the Atom. This mystery is ‘Afterthought’, a two-bit villain whom I’m sure will easily be dispatched, however something more dangerous is lurking and this is none other than Prometheus who is back in the world of man and his first victim is Vixen.

After the relative slow arc of the Microverse, it’s great that Steve Orlando is focusing more on the team as he successfully brings in some great villains, including a lost one. His work is brought to life by Hugo Petrus who creates this amazing dynamic comic with excellent representations of these characters. So with Prometheus on the loose again, I’m eager to see where this goes but I’m more eager to see what the connection is with the Lords of Order and Chaos are with The Might Beyond the Mirror. 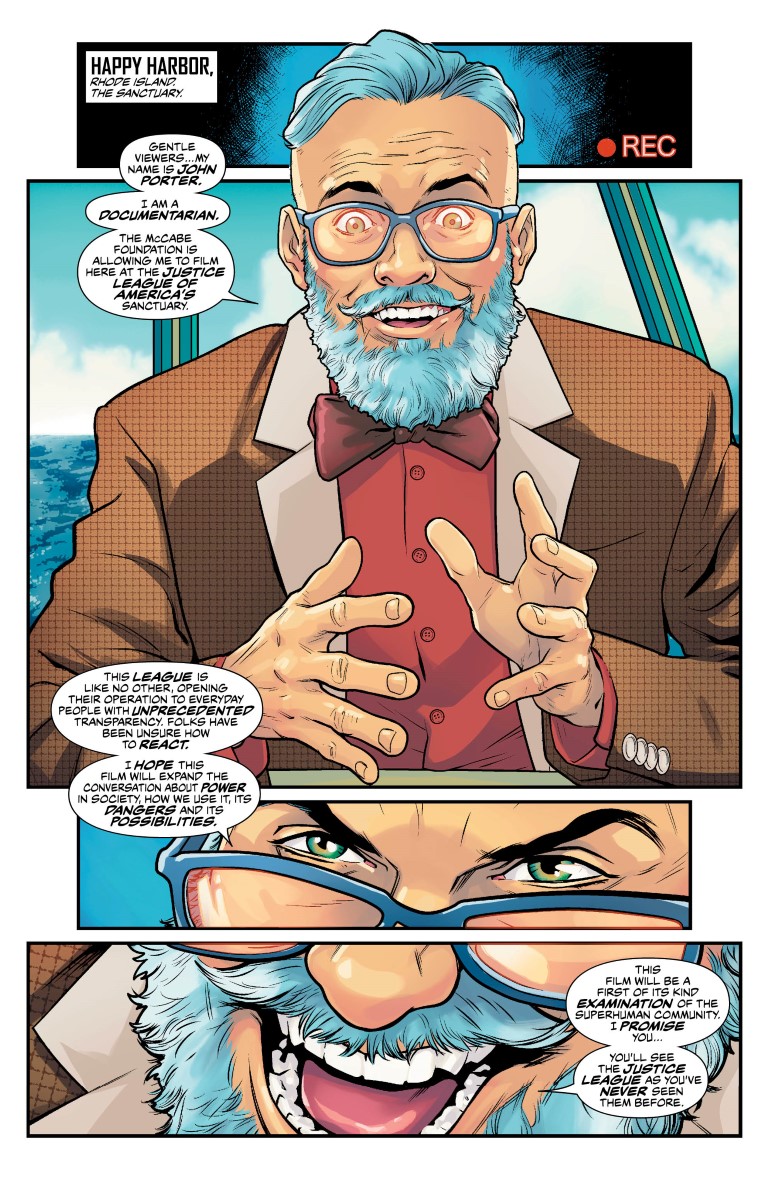 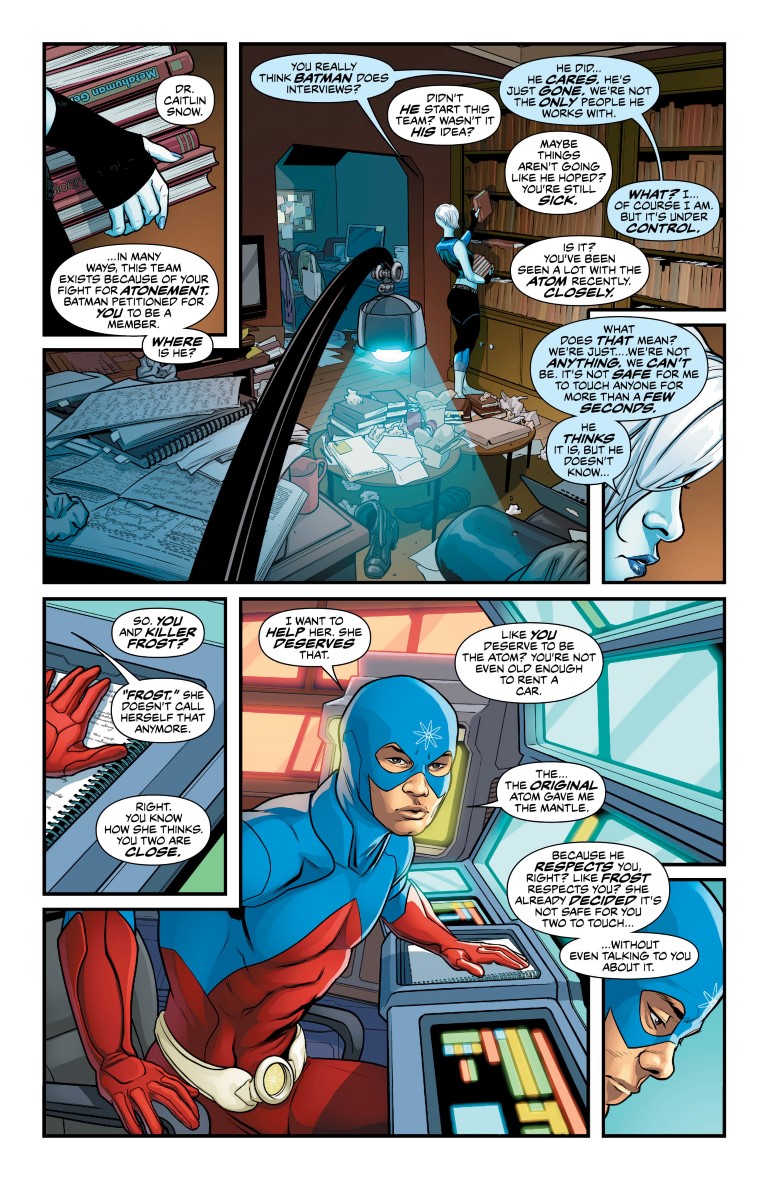 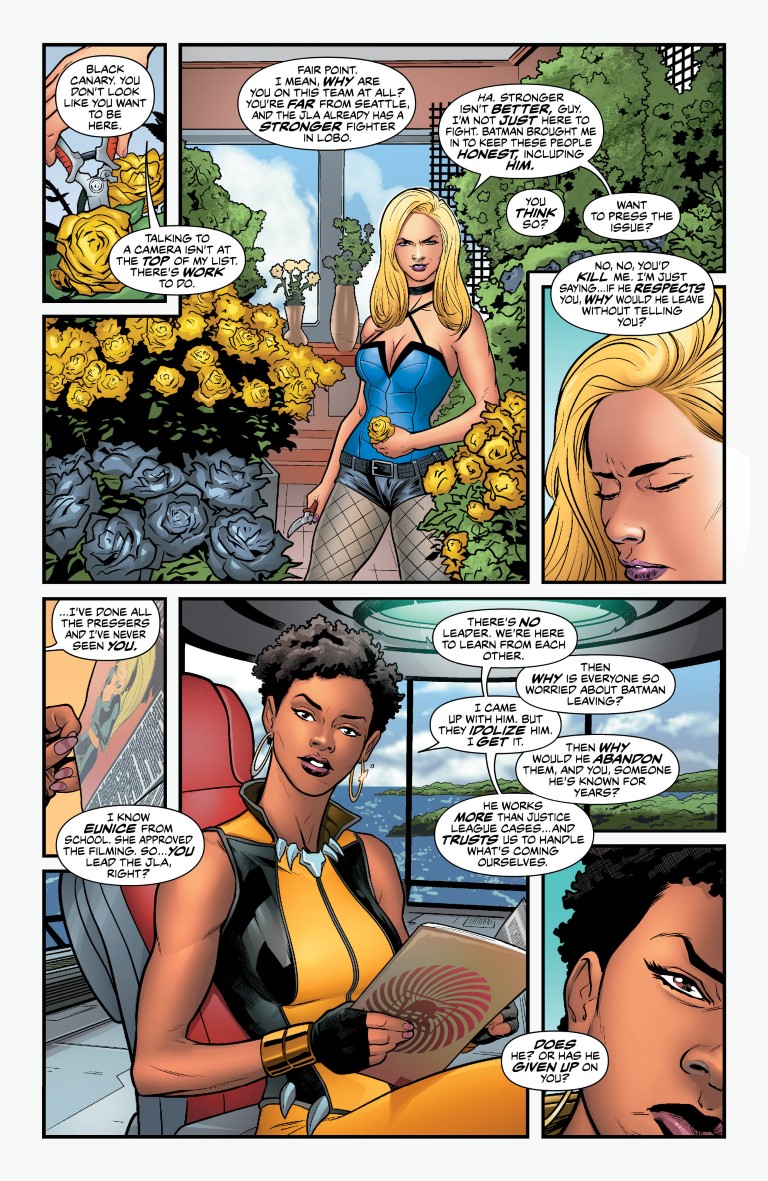 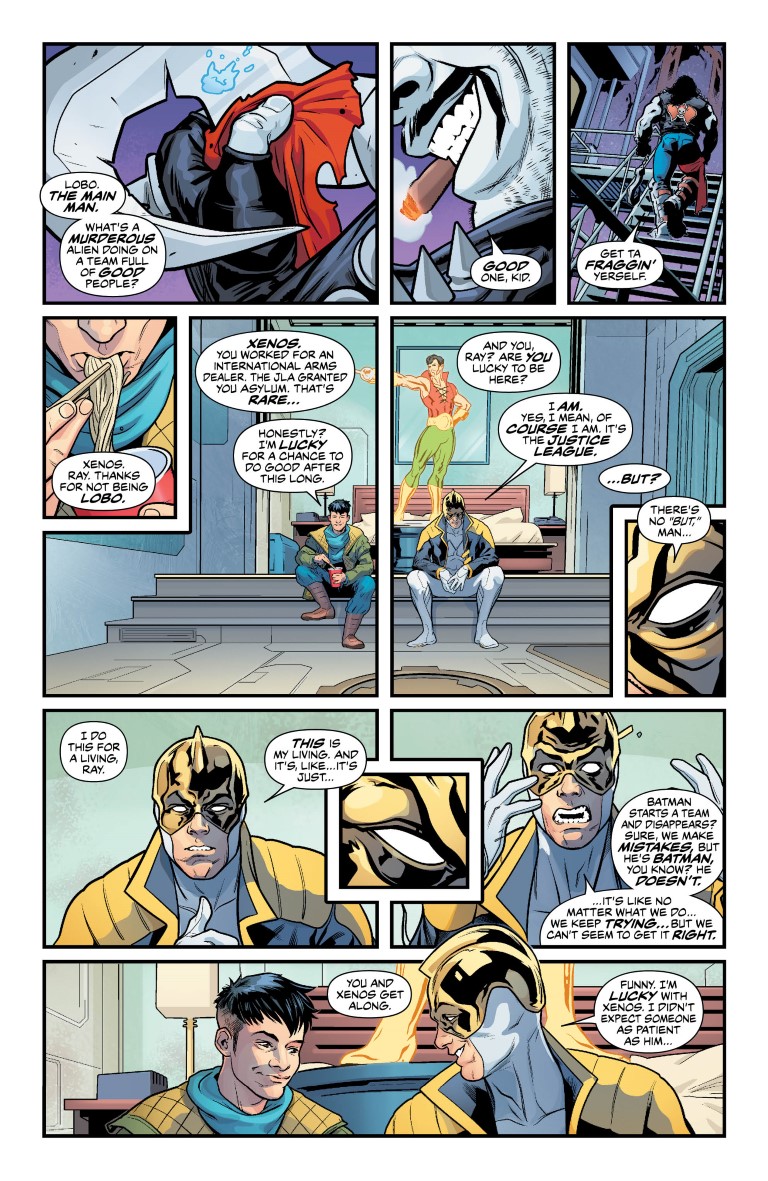 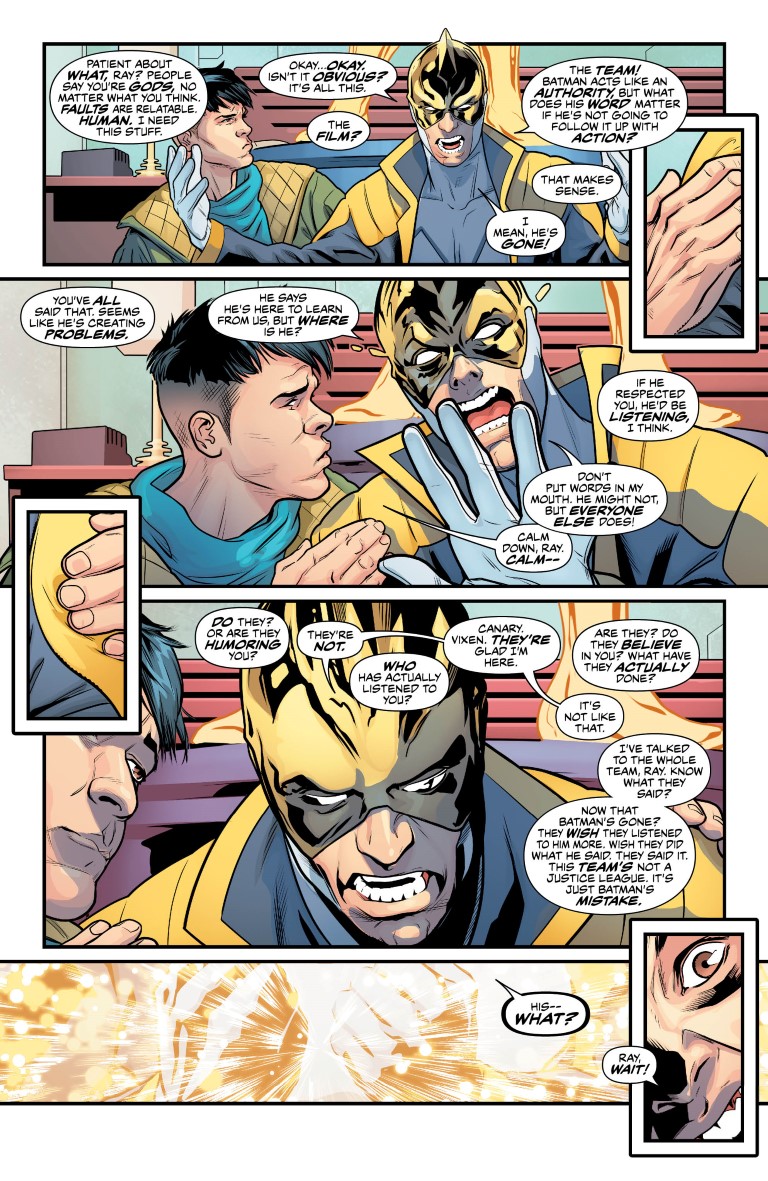 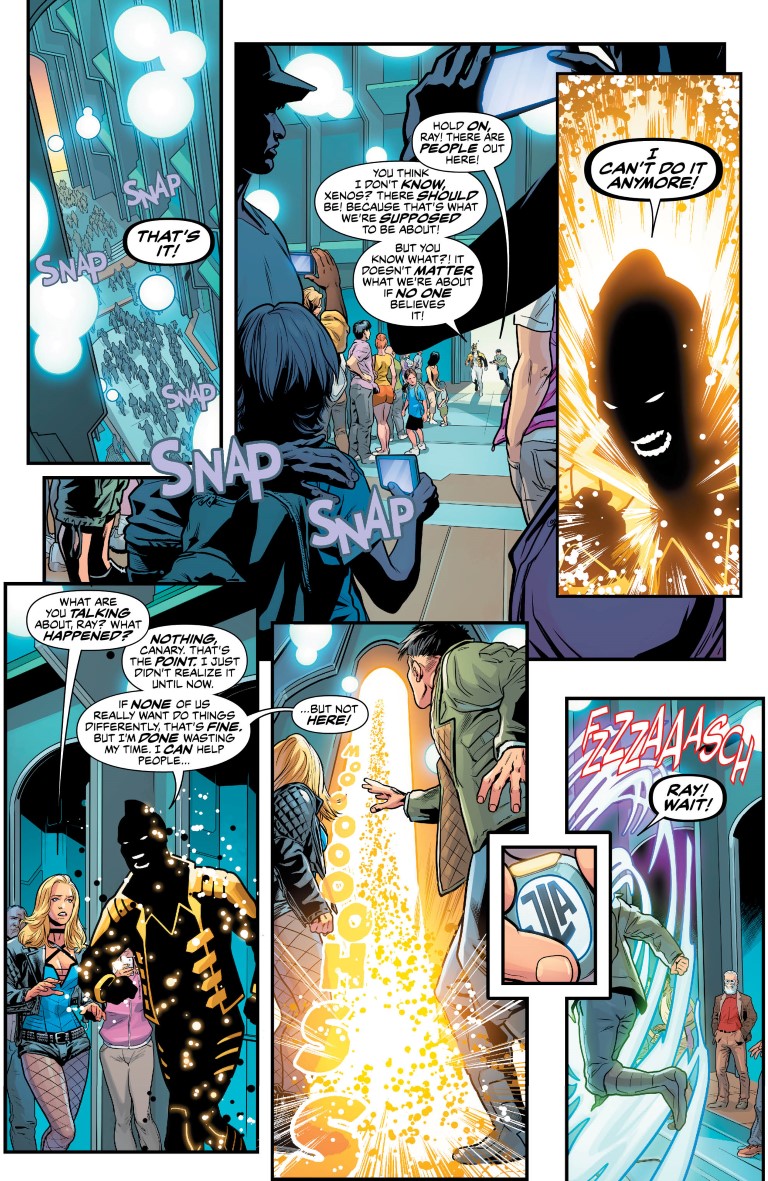 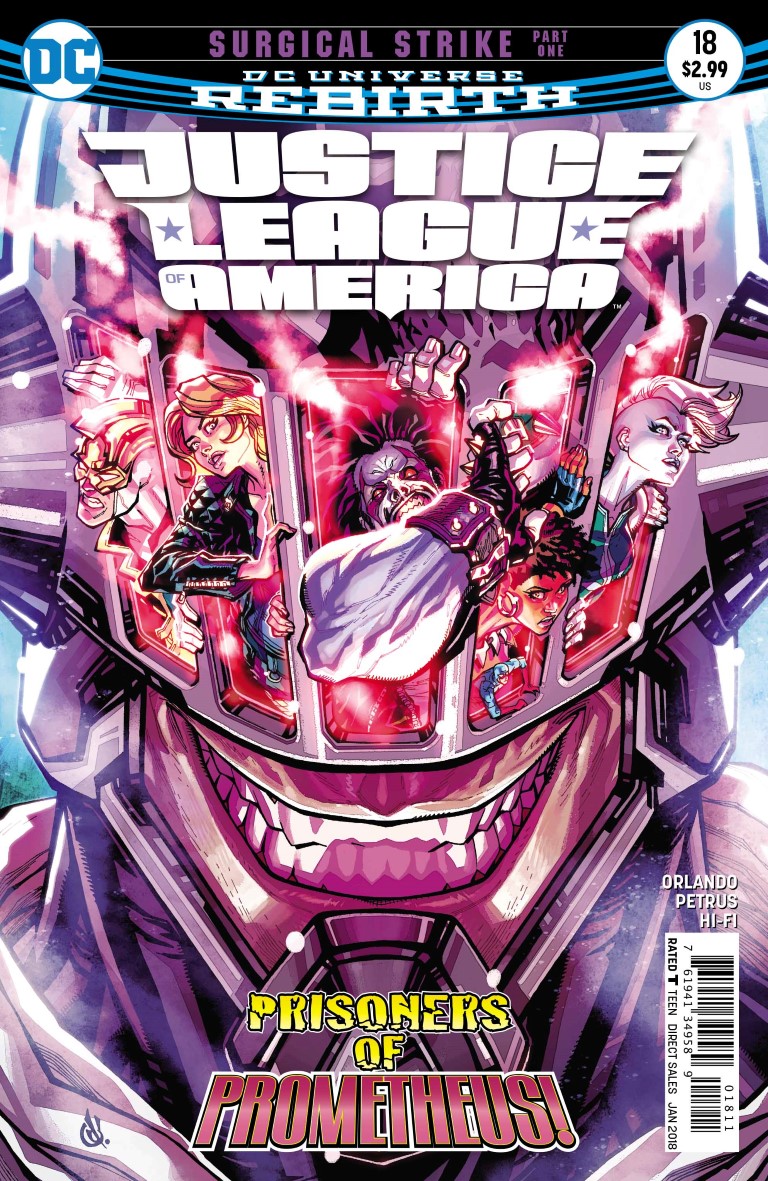 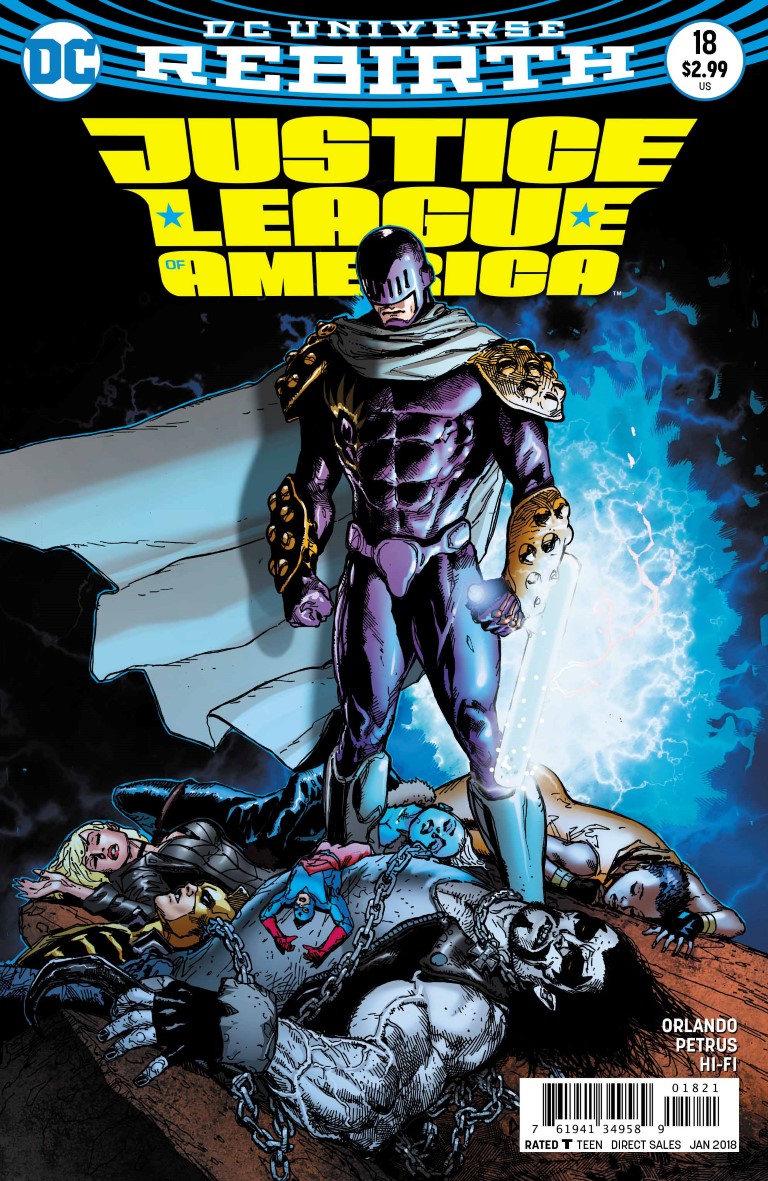