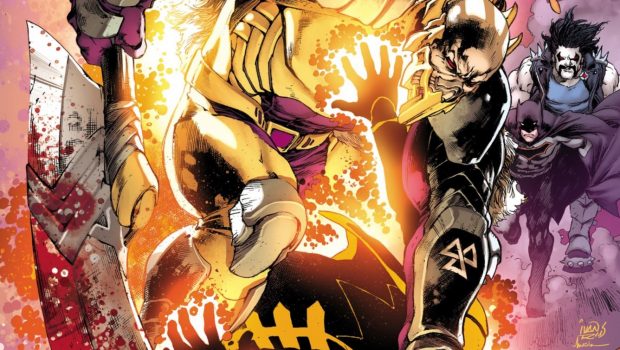 Summary: Justice League of America #10 draws in elements from the past to create a very compelling and interesting 'villain' for this newly formed Justice League.

The new story arc for Justice League of America #10 is entitled CURSE OF THE KINGBUTCHER that is written by Steve Orlando with art by Andy MacDonald. So as we’re introduced to Christopher Kaminski, a resident of Vanity which happens to be the home of the Ray, we find out that his ‘wish’ to cure his fibromyalgia is revoked by the Kingbutcher as the League is about to take on their newest foe.

As the reader returns to the Justice League of America, Batman reinforces the need to work as a team as they are alerted to an alarm from the city of ‘Vanity’. It is here we learn that this city has been responsible for wishes coming true, however something has been taking them back. So as Batman prepares his team, he orders Killer Frost and the Atom to continue working on her cure and thus begins their next big missions.

There investigation or as Batman so eloquently describes it ‘time to autopsy some dreams’ starts at City Hall as they discuss the phenomena of Vanity with one of the locals. We discover that the might beyond the mirror has been visiting people in their dreams who awake with their dreams coming true. It’s quite a clever premise that Orlando gives just enough clues to make it interesting as this mystery unfolds.

The Kingbutcher verbally challenges the Ray about whether these wishes are indeed good and whether the might beyond the mirror is a force of good as the League is taken into the dream of Ray’s mother who wished our young hero didn’t exist. What a twist as Orlando and MacDonald create a fun  and new ‘villain’ for the Justice League of America with some great character building and some interesting moments between the characters.

Given that the Kingbutcher is tool for the Lord of the Orders, I sincerely hope that we see the other famous Lord of Order, Doctor Fate in this arc but even if we don’t, I’m sure Steve will deliver another riveting story and so far CURSE OF THE KINGBUTCHER is off to a great start! 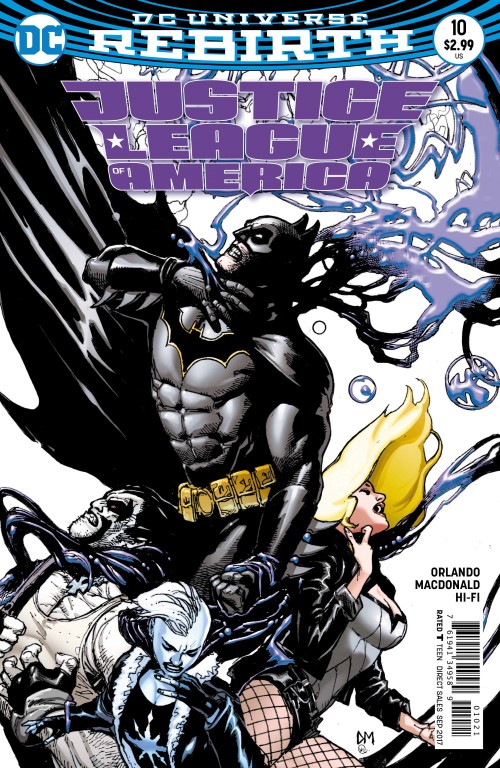 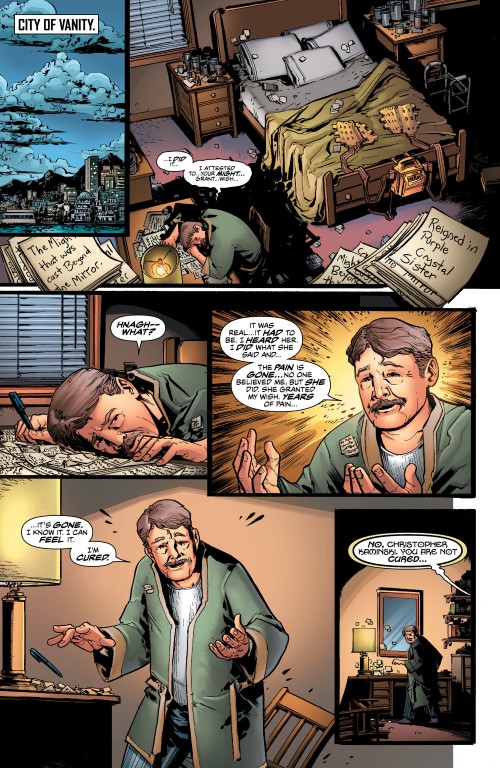 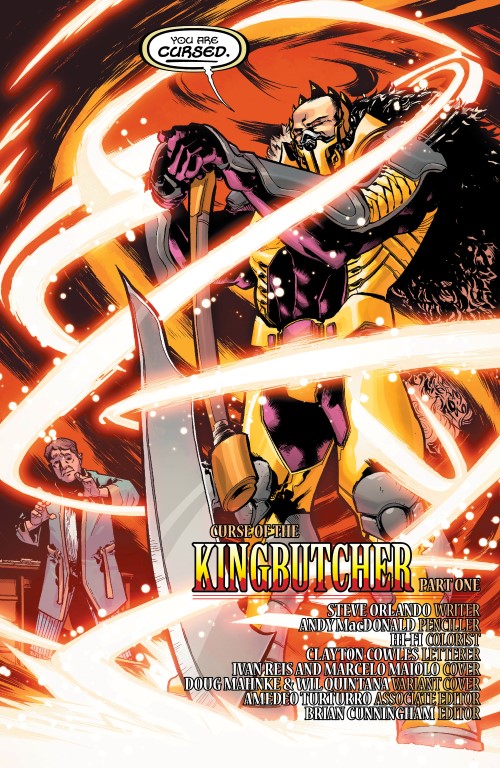 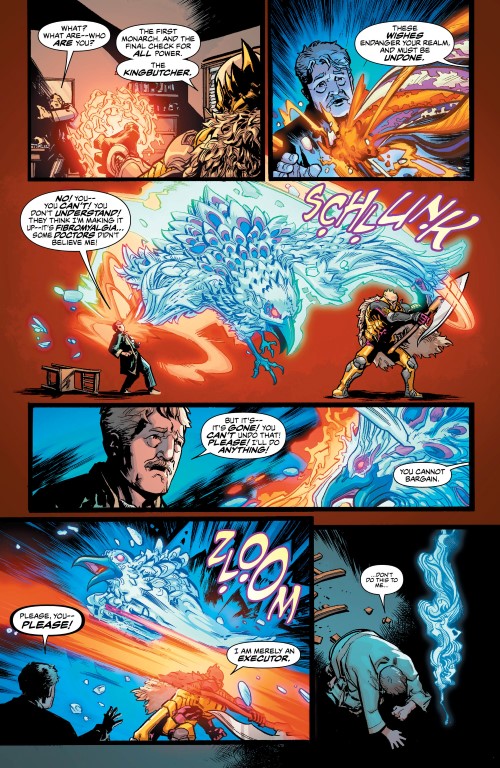 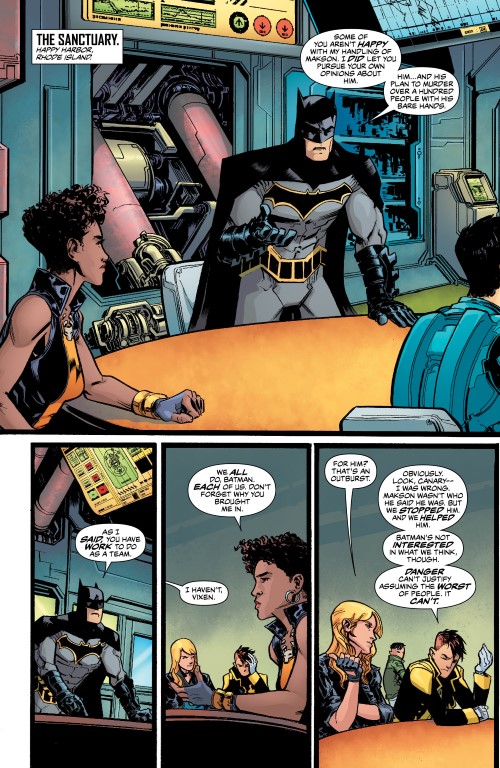 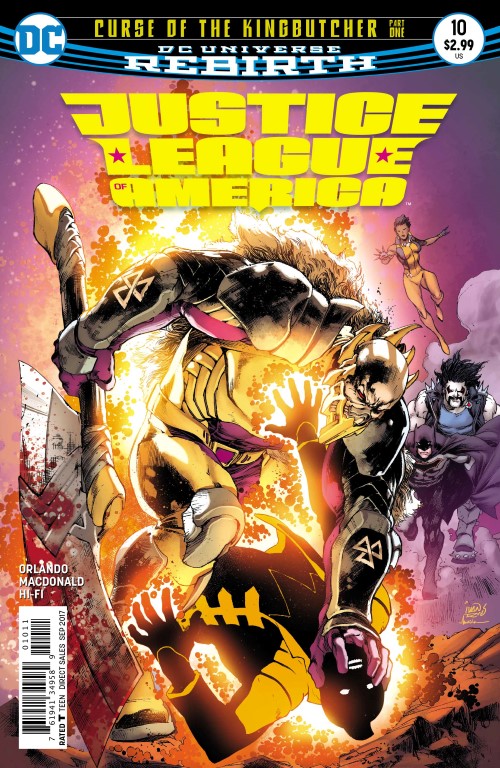