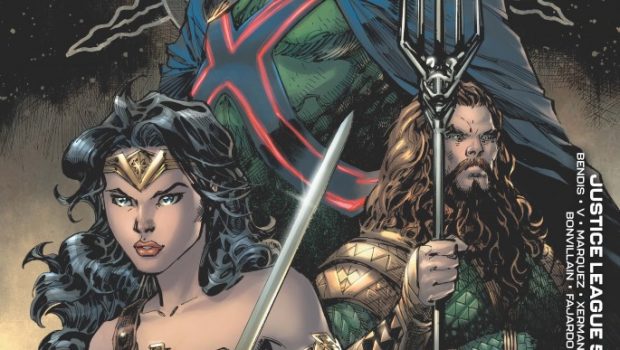 In celebration of the highly anticipated feature film ZACK SNYDER’S JUSTICE LEAGUE, DC is revealing a special selection of variant covers to Justice League #59, on sale March 16, 2021. The covers will debut in advance of the film’s premiere on HBO Max on March 18, 2021. Justice League #59 also signals the debut a new League lineup as well as a new creative team, featuring award-winning writer Brian Michael Bendis, with art by fan-favorite artist David Marquez. 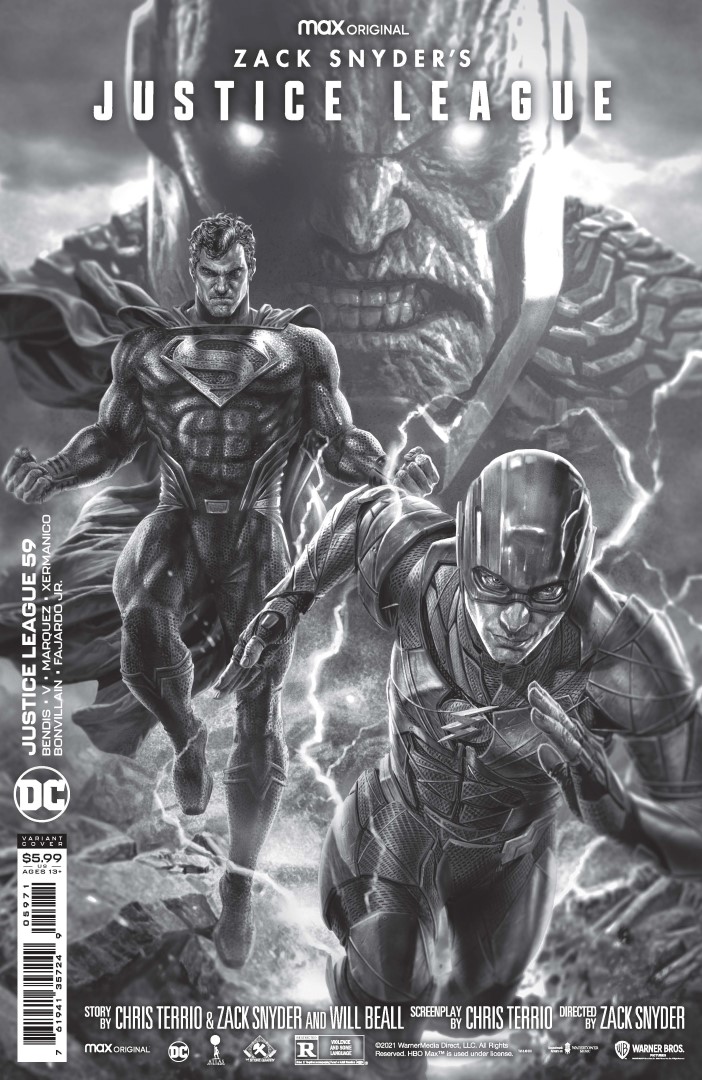 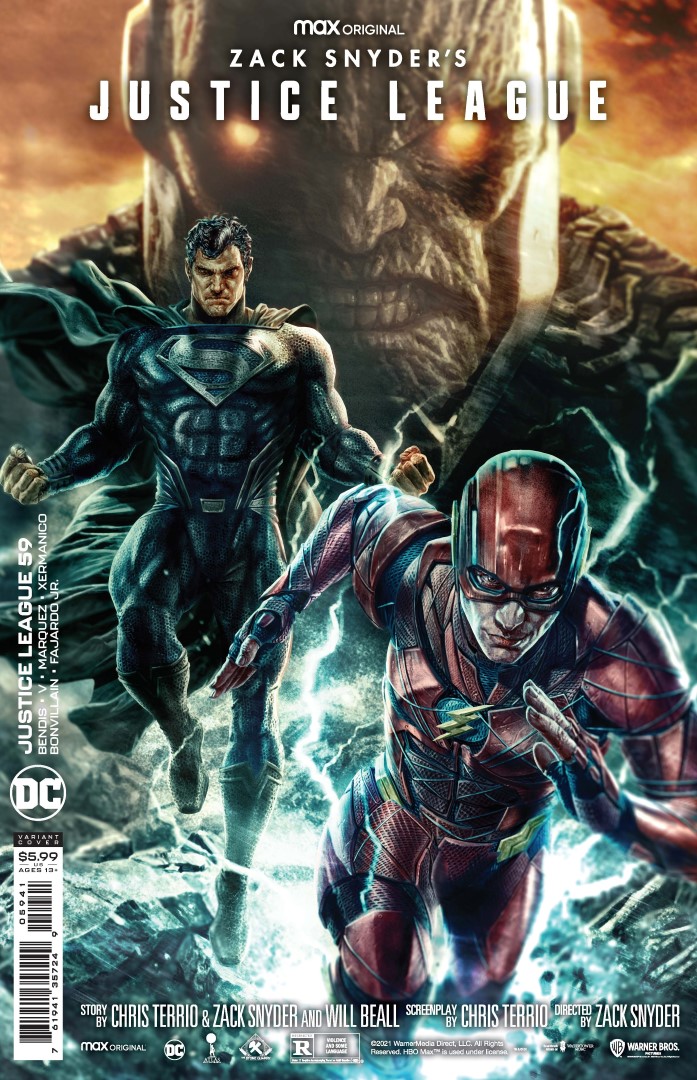 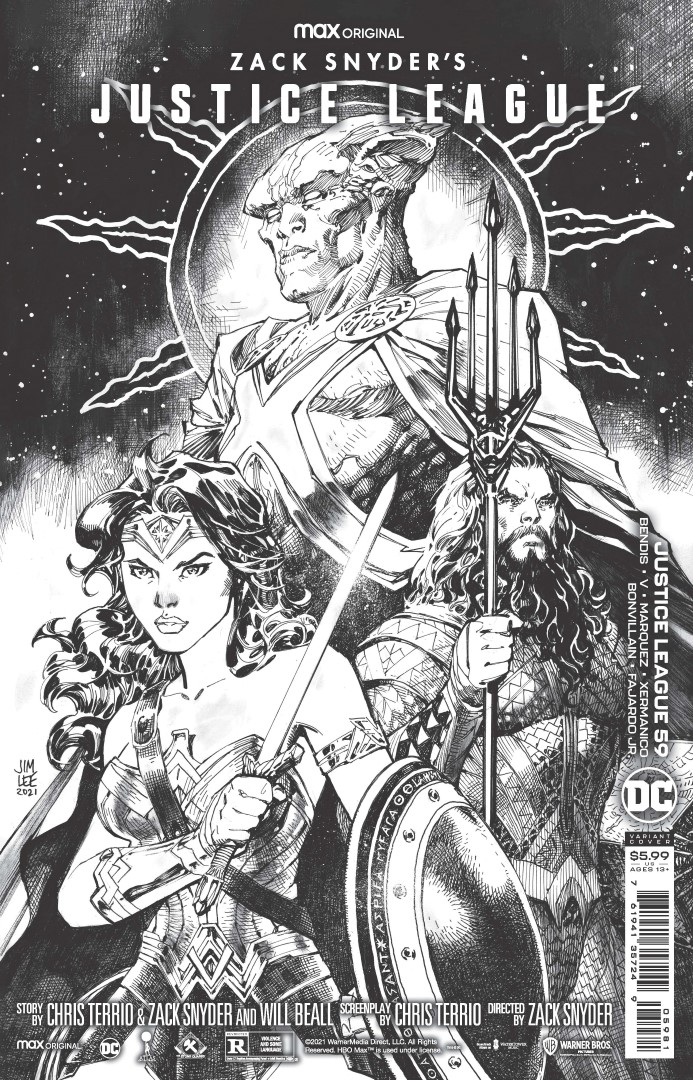 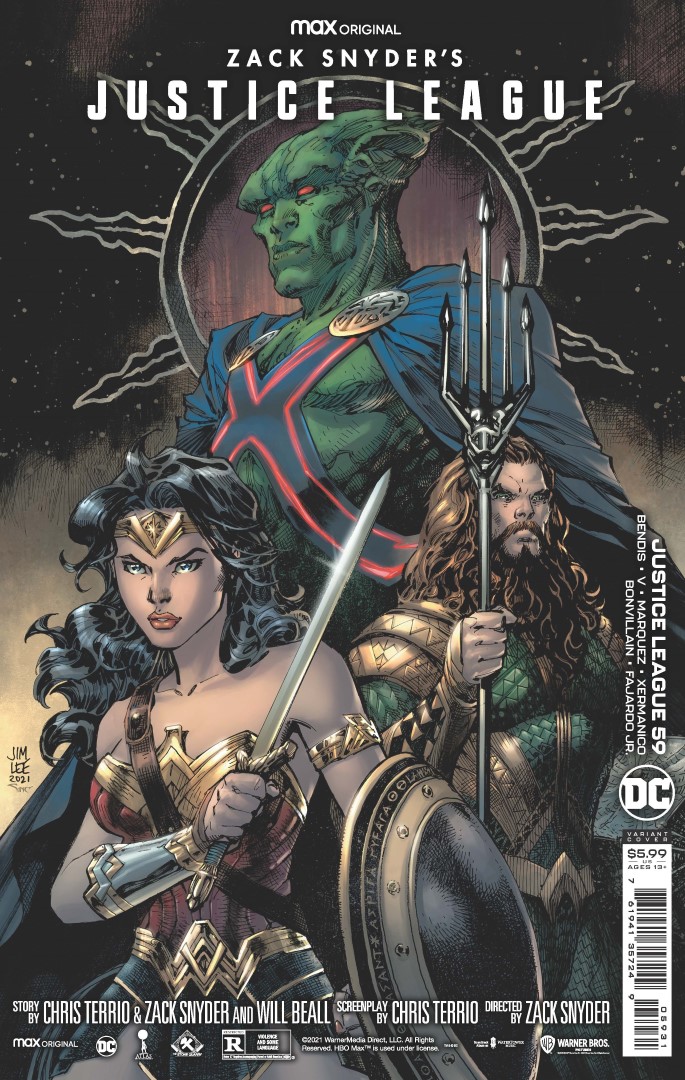 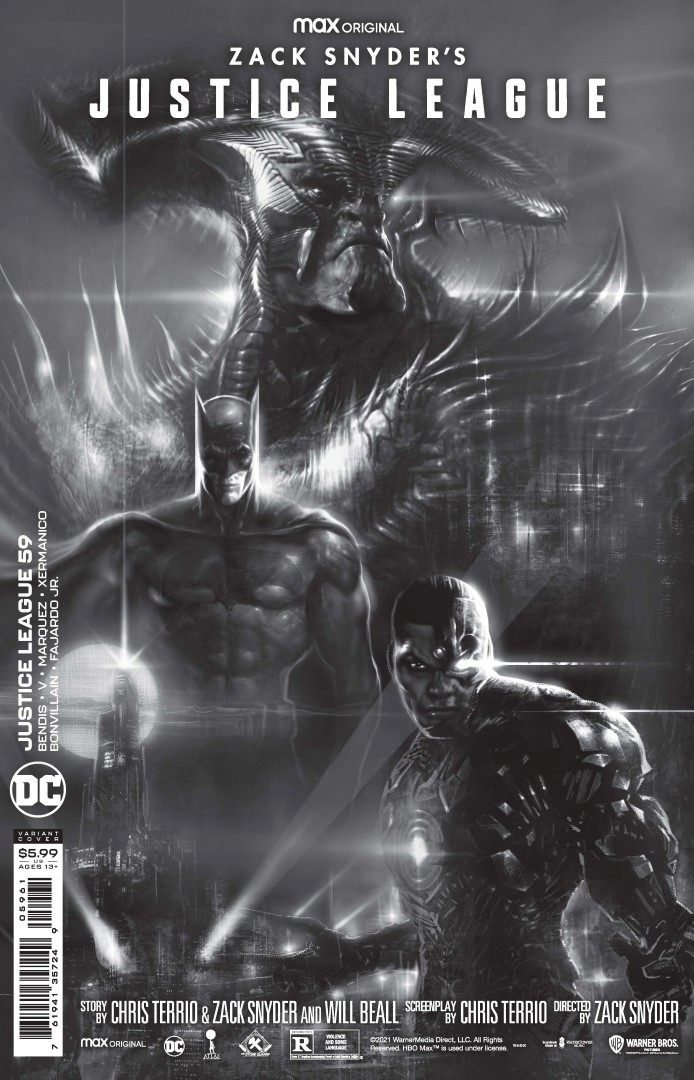 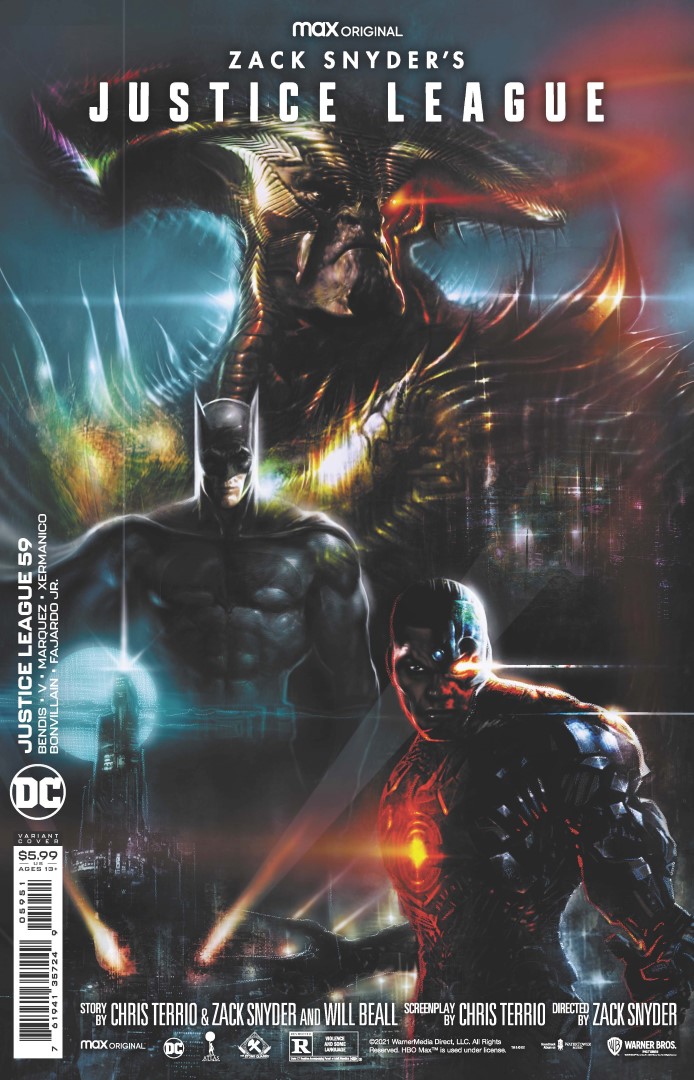 These variant covers feature artwork inspired by the film and its characters, and come courtesy of three of comics’ greatest artistic talents – DC Publisher and Chief Creative Officer Jim Lee, Lee Bermejo (Joker, Batman: Damned) and Liam Sharp (The Green Lantern, The Brave and the Bold: Batman and Wonder Woman).

In Justice League #59, Bendis reunites with artist David Marquez (Miles Morales, Iron Man, Batman/Superman) for a new, star-studded Justice League featuring Superman, Batman, the Flash, Hawkgirl, Aquaman, Hippolyta, new DC powerhouse Naomi, and Black Adam. Superman is leading the charge to reinvent the Justice League—and at the same time, a new, cosmic-powered threat arrives from Naomi’s home world to rule the Earth! And in the backup story by Ram V and Xermanico, dark days lie ahead for the new Justice League Dark. Zatanna and John Constantine take a road trip, only to discover horror around the bend as a friend—and sometime foe—is reborn in fire! A legend is destroyed, and another takes a terrible turn, as Merlin reveals the beginning of a new, blood-drenched plot for all humankind.

In ZACK SNYDER’S JUSTICE LEAGUE, determined to ensure Superman’s (Henry Cavill) ultimate sacrifice was not in vain, Bruce Wayne (Ben Affleck) aligns forces with Diana Prince (Gal Gadot) with plans to recruit a team of metahumans to protect the world from an approaching threat of catastrophic proportions. The task proves more difficult than Bruce imagined, as each of the recruits must face the demons of their own pasts to transcend that which has held them back, allowing them to come together, finally forming an unprecedented league of heroes.

Now united, Batman (Affleck), Wonder Woman (Gadot), Aquaman (Jason Momoa), Cyborg (Ray Fisher) and The Flash (Ezra Miller) may be too late to save the planet from Steppenwolf, DeSaad and Darkseid and their dreadful intentions.

These special variant covers are available in both full color and black and white versions at participating comic book stores for $5.99 each. Check your local store for availability.