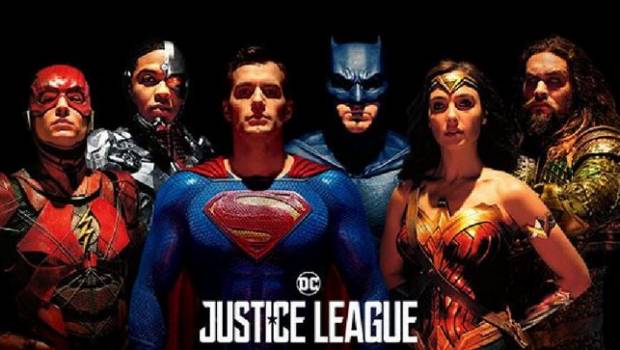 This was probably largely due to the opening scene where I was confused as to why it looked like Superman had a whole lot of soot on his face. It was meant to look like mobile phone footage so I figured either he had indeed just been in a fire or maybe the footage was meant to look low quality. As it became very apparent throughout the rest of the film, it was the fact that this was just one of many CGI fails in Justice League which is not to say that this is a bad film. 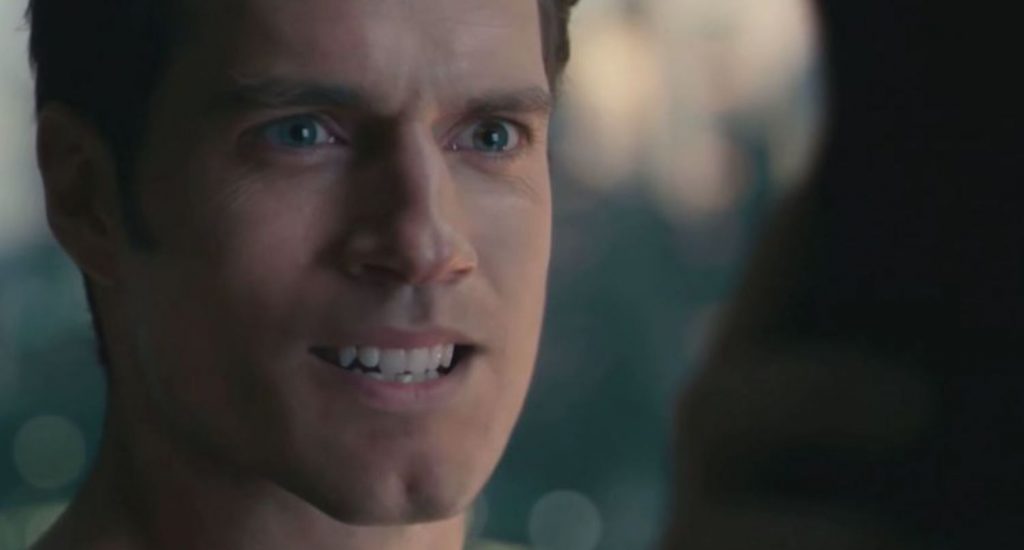 The main storyline essentially is that Bruce Wayne has deduced that a great invasion is imminent and he knows he can’t face it alone so he sets about recruiting the metahumans he became aware of through Luther’s footage (if you remember back to Batman Vs Superman). Diana Prince is already willing to help and together they eventually draw together their motley crew.

While they are gaining strength, the threat is also growing in the form of Steppenwolf and his army who are gathering motherboxes which when combined will more or less spell the end of earth. Though our heroes are now strong as a team… they could really do with the son of Krypton and to that end they concoct a plan to raise Superman from the dead (or at least from his state of long term hibernation). The showdown ensues, heroes save the day and we all go home with plenty of action, one-liners and action scenes thrown into the mix. 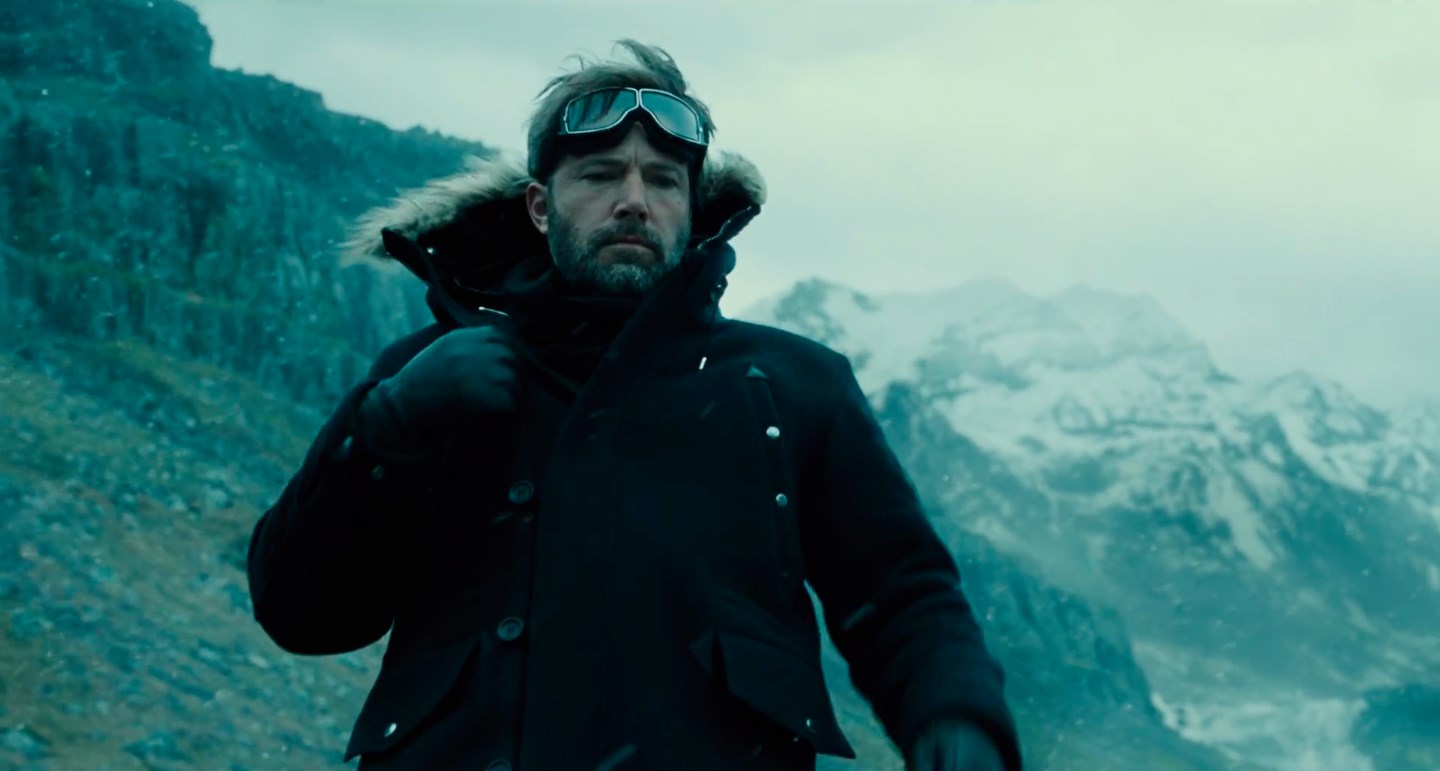 On 4K, the clarity is exceptional for the most part but the movie is quite dark that does suffer from a general murkiness to its visuals. I’m not sure quite what it is but I suspect it’s the colour grading and post processing of the visuals (presumably intentionally for some stylistic reason), the result is as mentioned, it just looks hazy in a number of the scenes.

This also leads me to the topic of the films CGI. It’s not good. As mentioned at the start of this review, Henry Cavill’s face, specifically his jaw, just looks horrible. I have issues with “photoshopping” at the best of times as I think it removes character from the subject and in this case it doesn’t just remove character, it removes the sense that it’s a real person we are looking at.

The story behind the reason they opted to take this odd route is apparently due to pettiness from Paramount refusing to let Henry shave his moustache (which was required for their Mission Impossible movie) for reshoots despite alleged offers from Warner to cover the cost of moustache prosthetics. 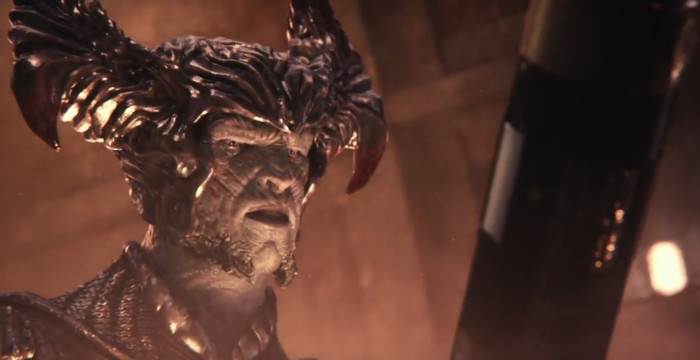 There’s a similar problem with Steppenwolf (that extends to the whole character but specifically watching his mouth when he talks is quite belief breaking). There are other CGI issues and it just reminds me of what Jon Favreau said on one of the extra features for Marvel’s breakout film success Ironman. Essentially what he said was that he opted for using practical effects where ever possible because CGI, whilst close, was not quite up to scratch for what he wanted.

Obviously CGI has come a long way since then but Justice League proves that some movie makers still haven’t learn the lesson that CGI should be used to enhance a film, if it proves to be a distraction instead then they should look at other options. My suspicion is that a number of factors came into play, not least of all is probably a changing view of how the film should look and a restricted time frame for completing the effects. 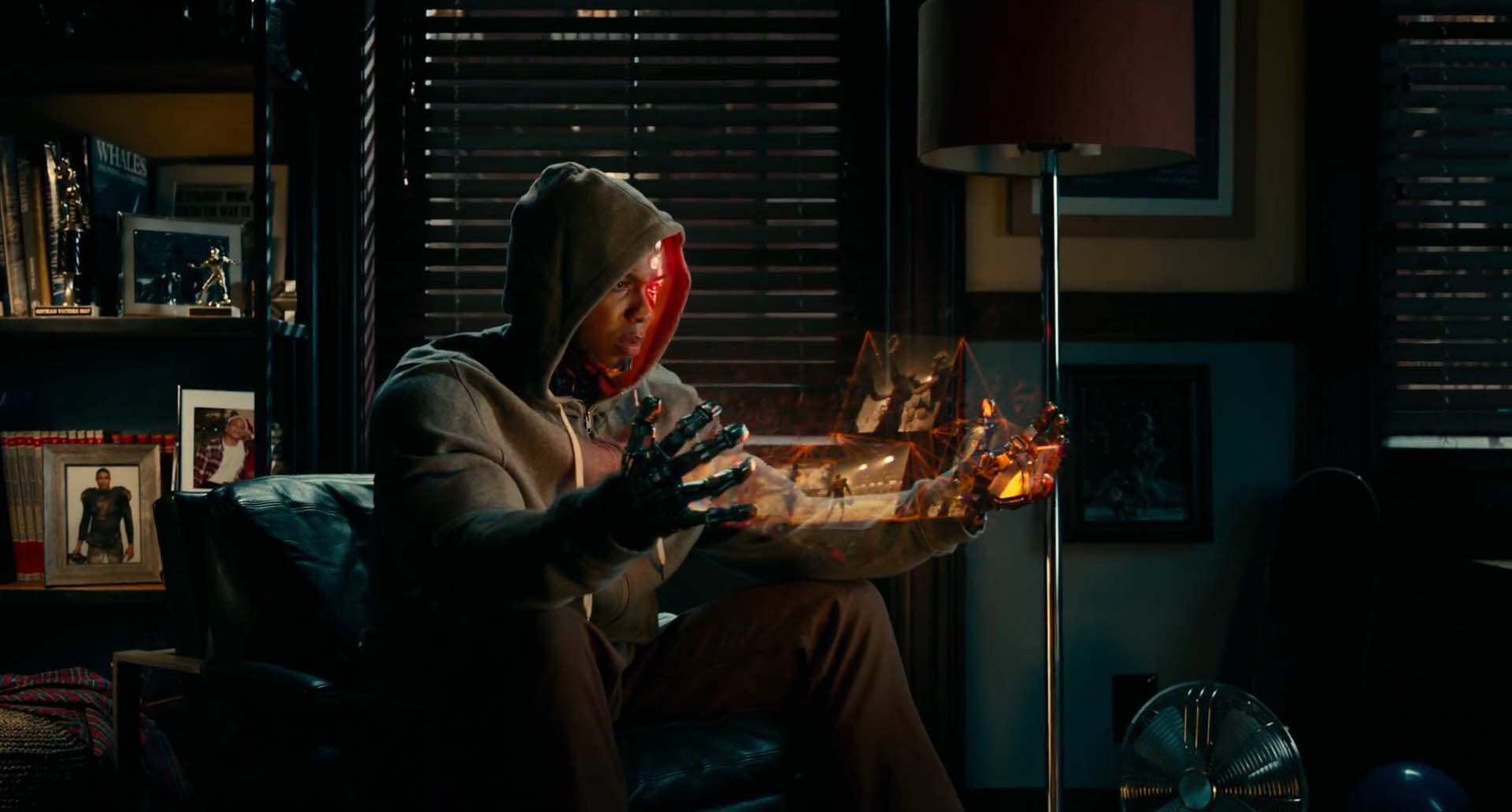 Stylistically I think the film is still finding the compromise between dark “realism” and humour… I suspect that latter was impacted by Joss Whedon being brought in later in the game. I’m not sure about where this should go either. I quite like the idea of a darker more “real” DC universe as I loved the Nolanverse take on Batman and suspect that’s kind of the vibe they were going for with this take on the DC universe.  I (controversially perhaps) also don’t mind the idea that their are civilian casualties from the actions of the Superheroes.

Furthermore, I believe Ben Affleck does a good job of Batman and the fact he is older is a nice chance to show the wear and tear a life of fighting crime causes, however I’m not sure how much humour can be jammed into that while still maintaining the mood. Don’t get me wrong, one of my favourite lines in the movie is when Bruce is talking to Diana and says humans “seem to think the Doomsday clock has a snooze button”. But counter that with the Flash who is basically just a goofball with no social skills, it does become a little mixed. That’s not to say there was nothing to like about the Flash… but a number of his lines were on the nose. 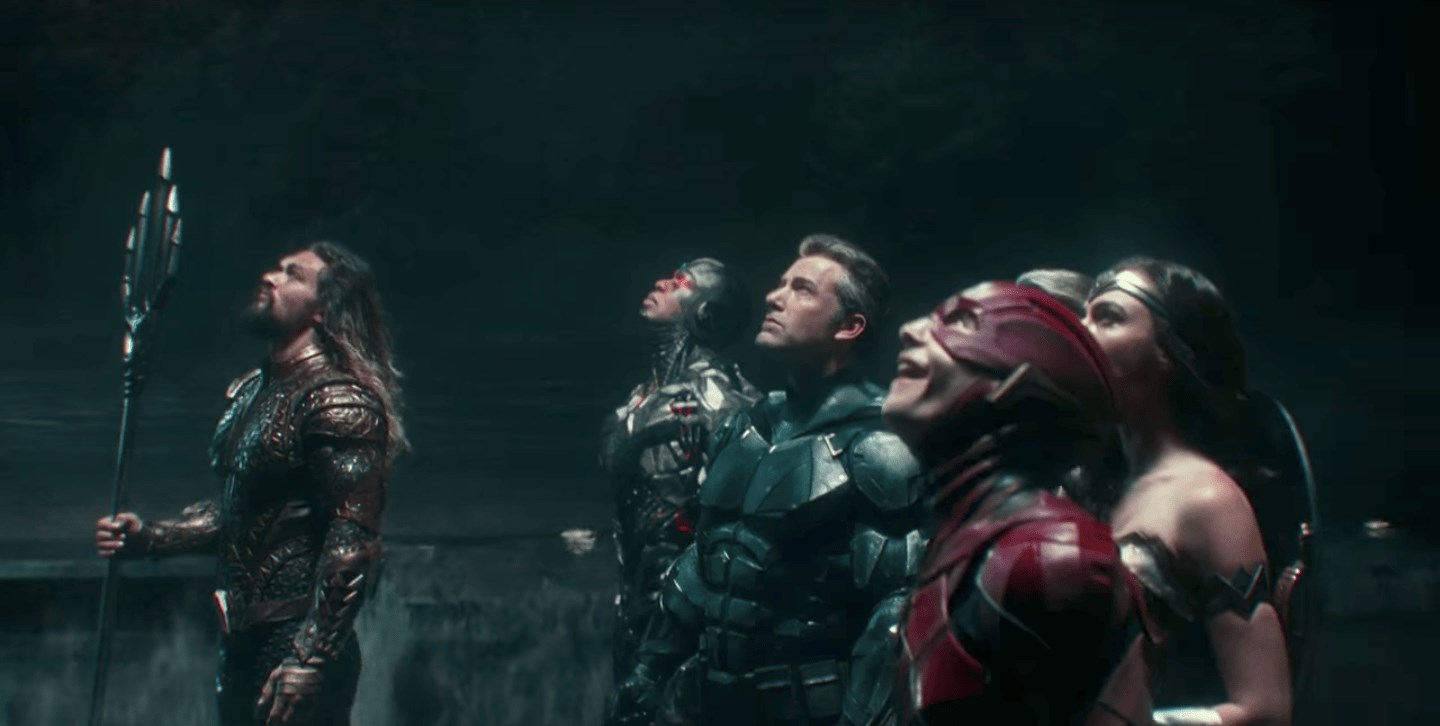 For special features, there’s some decent content for the fan which includes a documentary entitled Heart of Justice that revolves around the soul of DC Comics, the Trinity which includes Batman, Superman and Wonder Woman that goes into some detail about these characters, including their legacy. The additional features include Technology of the Justice League, Justice League the New Heroes plus Suit Up: The Look of the League which are some of the extras you can discover on this collection.

Ultimately I didn’t mind the film… there are definitely elements that rip me out of that glorious suspension of disbelief, but there are other scenes where I was happy to just go with the flow. It’s not at all of the quality Marvel have attained which is a shame because there are some fantastic characters that deserve better (I’m a big Batman fan personally). I think they are close… but they need to give these productions the time they need to be finished.

I’m surprised they haven’t learnt that rushing a film out just to get it into the hands of the rabid fan base won’t make you more popular if the film looks rough than if you take that extra time, release a bit later and provide the fans with something that looks complete. Films don’t have the benefit of day one patches like video games… if you do put out an incomplete product to the audience, you will just be told your product fails. Nonetheless, Justice League is worth a watch but don’t go out of your way to see it. 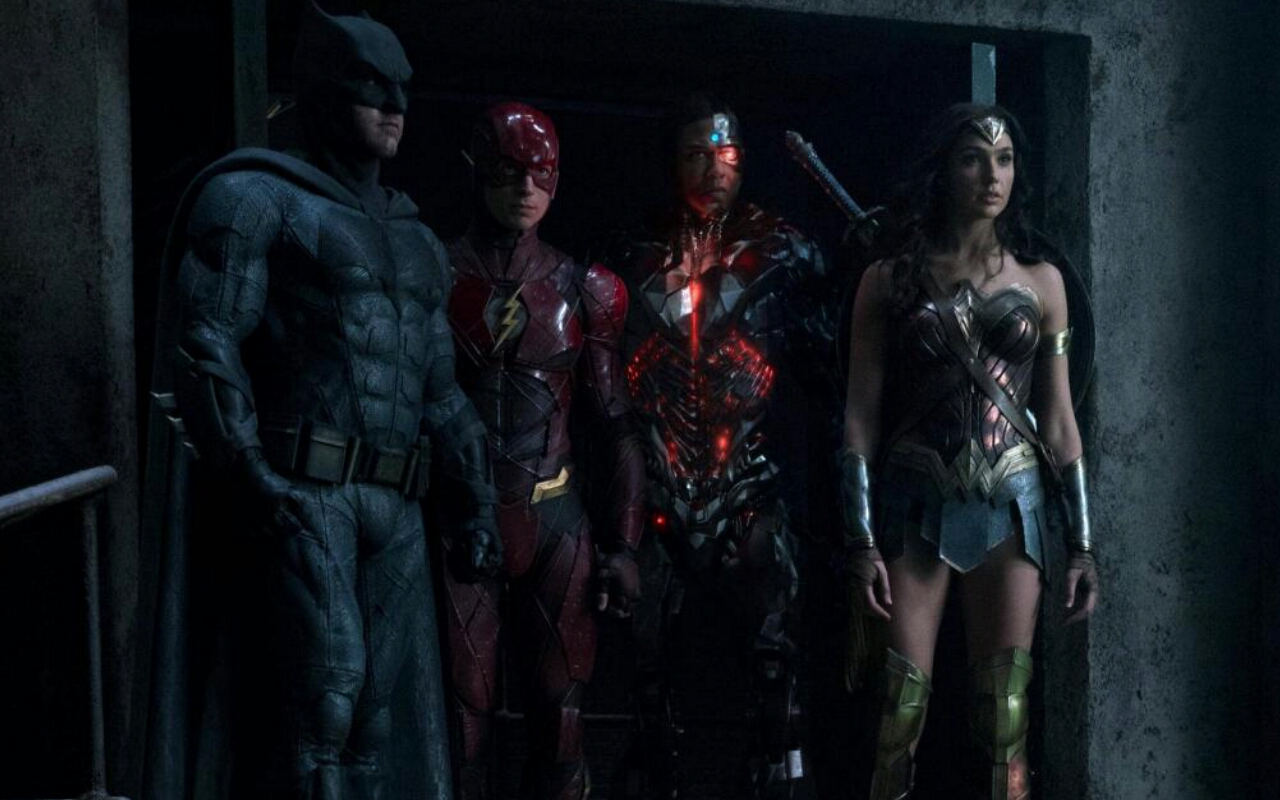