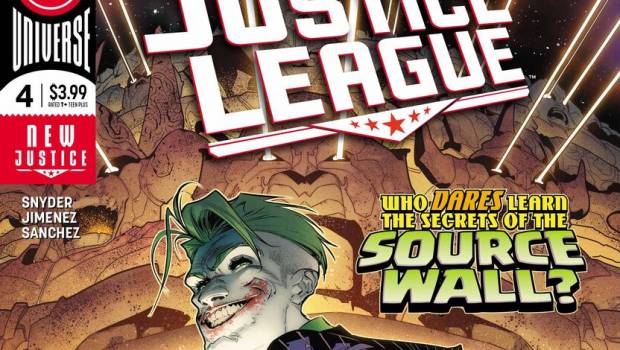 Summary: The Justice League is back on track with non-stop action.

Well, well… Something big just happened and as suspected, it has every potential of changing things in a very serious way for the larger DC universe and the stories not yet told. It’s hard not to provide many spoilers, so I’ll have to be brief. Essentially, from issues 3 and 4, we saw the League form a team with Luthor, who you know, has turned good and all. Right? They’re objective has basically been investigating the Source Wall and have, naturally, run into some snags along the way. Such as Joker and Luthor shrinking with Batman and Hawkgirl and entering Martian Manhunter’s and Superman’s bodies (read the previous issues for the full back story!) while investigating the limits of the Source Wall and meeting the protectors of said Source Wall, among other things. 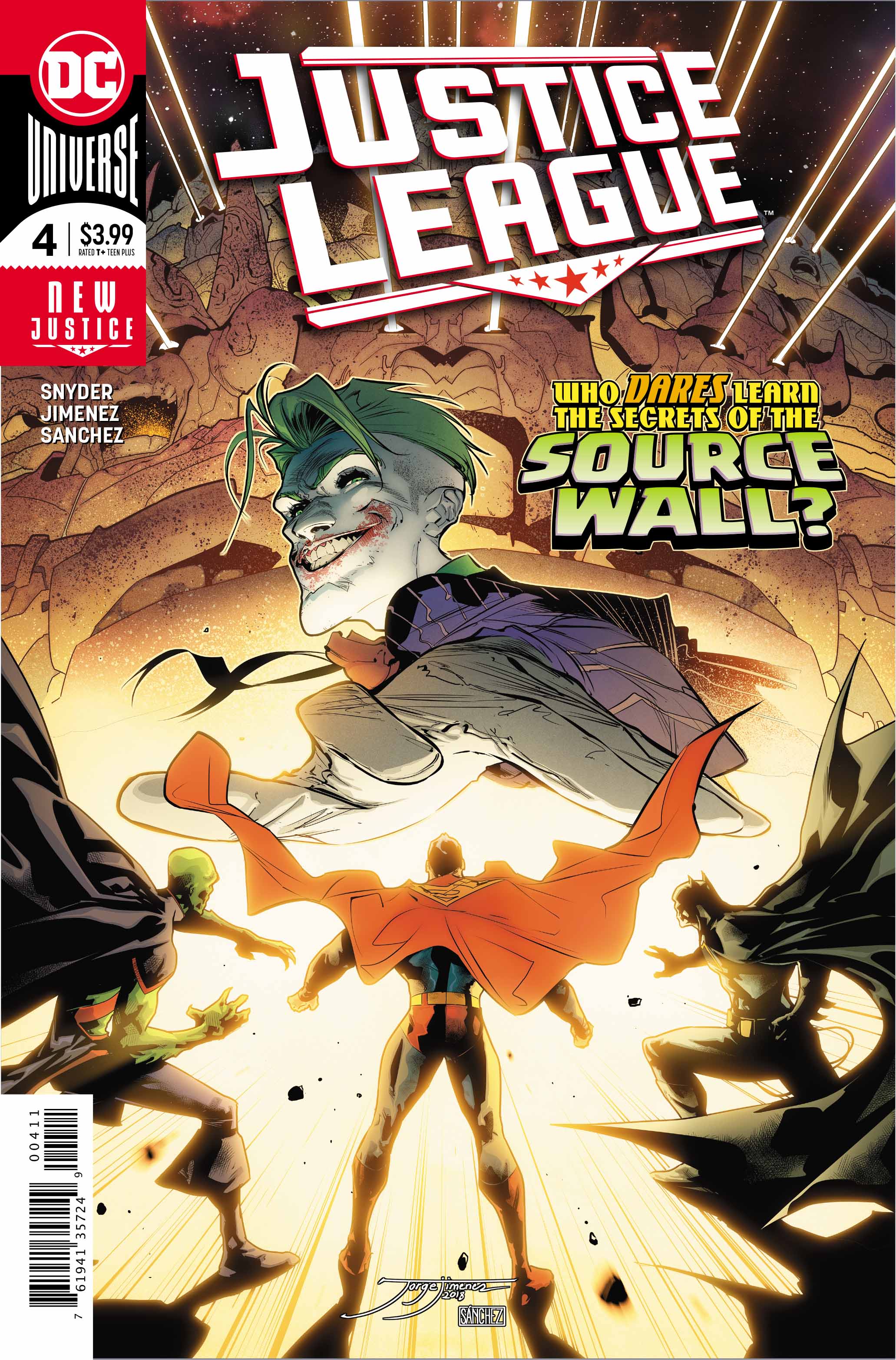 Enter now Gorilla Grodd, with some interesting back story showing us some of his childhood and how those days made him into the villain he is today. Gorillia Grodd is able to keep Aquaman, Wonder Woman, and of course, The Flash fully occupied single handedly. Goading Flash into activating the invisible spectrum, something happens that then allows Sinestro to fully encompass the universe with the Ultraviolet energy (including all the Corps). Oh, and I forgot to mention, Joker incapacitated Hawkgirl earlier. So, things aren’t looking for the League, and definitely not the universe as the totality has been unlocked and is now within grasp of Luthor and team. 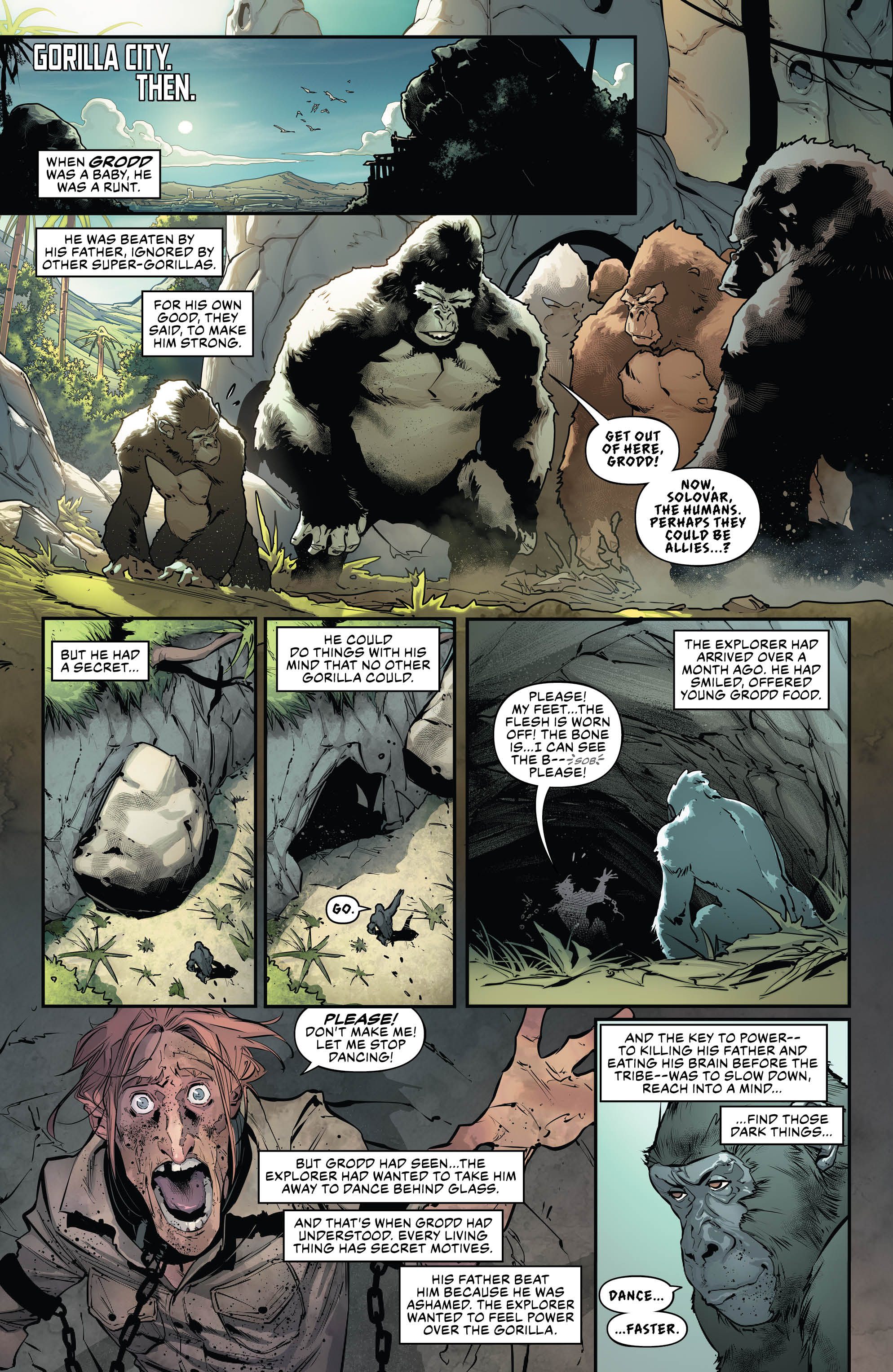 Hard to believe the League has found themselves a couple steps behind, isn’t it? I have to stop there, because this one was too intense, and this run has been too good to spoil much more (although you may be thinking what more is there to spoil). Please check into this issue and the previous few (at least) if you haven’t already. The art continues to be out of this park and perfectly matching the overall aura and environment of this creative team and the League they have assembled. Again, full credit for setting things on the right track goes to Scott Snyder, Jorge Jimenez, and Alejandro Sanchez for the story, art, and colors. 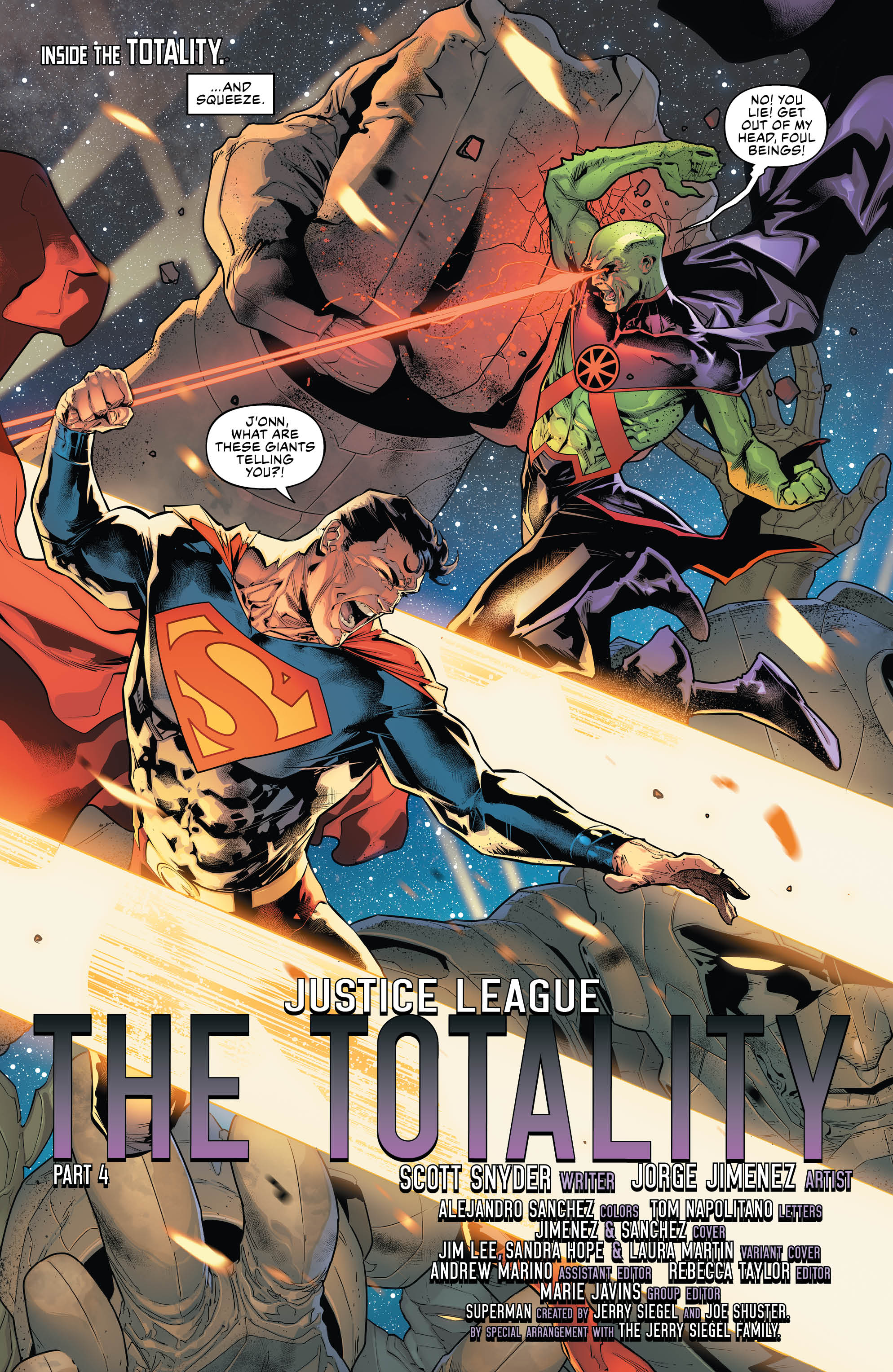