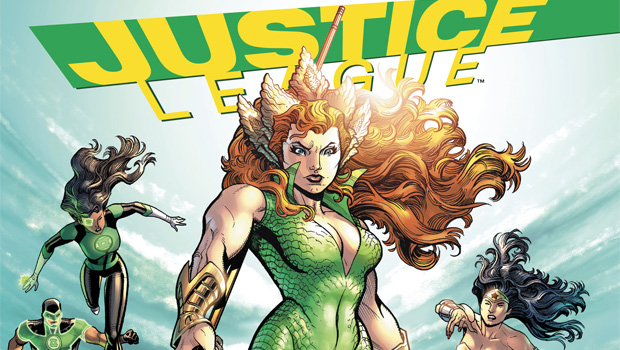 Summary: Justice League #24 is a fun yet relevant filler issue as the League take on Aquaman's Mera!

When a superstorm on a non-terrestrial scale hits the Atlantic, it’s up to the Justice League with members Superman, Wonder Woman, Batman, Flash, Cyborg and Green Lanterns Simon Baz & Jessica Cruz to investigate this new threat. To make matters worse, this threat is originating from the underwater city of Atlantis as writer Dan Abnett and Ian Churchill give the read a fun and entertaining filler of the world’s premier superhero team.

With some stunning art from Churchill, he will really captures and the urgency of the league as this super tidal wave races towards the U.S. coast. However when the League arrives, they are met by Mera in this awesome splash page of this fierce underwater warrior. As Mera informs the League not to interfere, she also updates them on what is happening in Aquaman (Issues #24 & 25) which has seen Arthur overthrown.

While Wonder Woman attempts to console the powerful Mera, she attacks as Churchill gives us a great battle between this seemingly possessed Xebelian against the Justice League. Batman almost sacrifices himself by taking down Mera which gives her a moment of clarity as her powers almost took down the East Coast of the United States. We also learn that Aquaman’s fight for peace was what cost him the throne.

“Then make us your friends”
– Wonder Woman

After the battle, the league take Mera to the Watchtower as they debrief about what happened to Aquaman and why she attacked. There’s a classic scene between Mera and Batman who informs her that she was bluffing the League which did catch the world’s greatest detective a little off guard. The story ends with a threat in Pakistan with ‘Quardian’ hate-drones as Batman offers Mera the chance to join them on their next adventure as Simon questions the offer to the Dark Knight. All in all it was a fun Justice League story that actually had some relevance opposed to some other fillers.

I really enjoyed this issue and although it was relatively short, writer Dan Abnett successfully brought the Justice League to life with all the big players from the DC Universe. The characters were written well and there were some strong scenes between Superman, Wonder Woman and Mera. Add in the realistic art of Ian Churchill filled with dynamic poses and emotion and I for one would love to see this team take over the Justice League in the future. 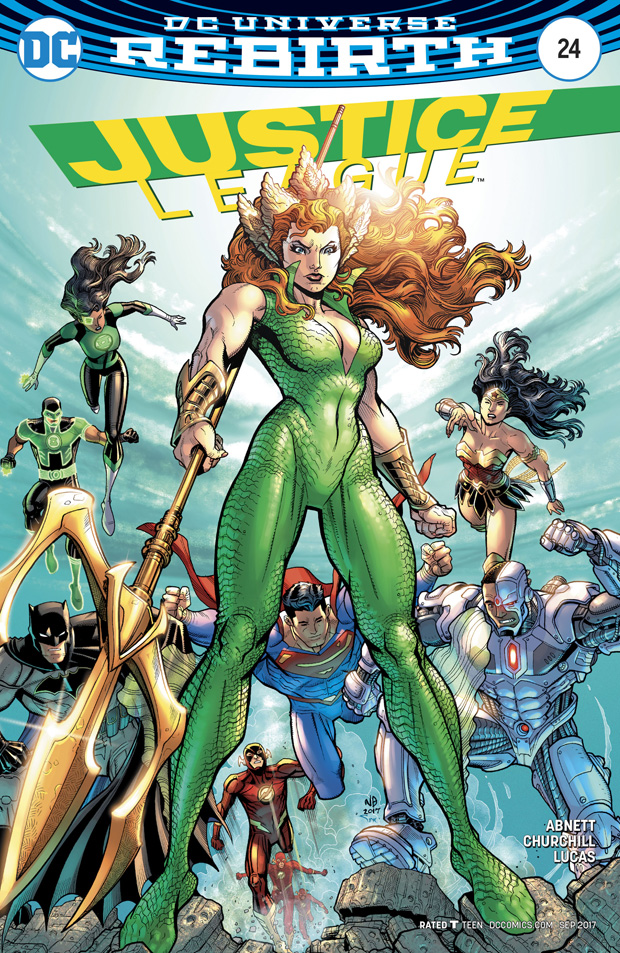