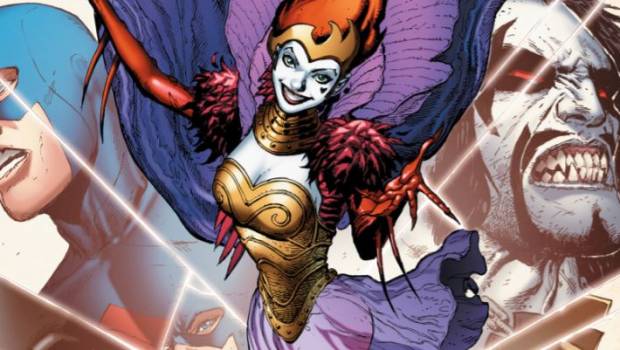 Summary: Justice League #23 is indeed a deadly fable as the League face off against one of their most powerful villains but a hero awaits

This comic opens up with a history lesson on the Queen of Fables (Tsaritsa) who blames the race of man for the death of her sister Freya before we see the Justice League of America being paraded like captured lamb to the slaughter. We also get a recap from Caitlin Snow (aka Killer Frost) who took the wish from the Queen in order to be cured of infliction as she reminded Tsaritsa as her sister. Needless to say, it was a decision that not only cost her but also the League and the world.

Although Tsaritsa tries to show Caitlin the reasoning behind her madness, she plans of ruling all as Immateria awaits. Elsewhere, the Ray ponders his quitting the League and at the sight where Vixen was killed, she tricked those around her in making them believe she died as she regenerates into her human form as she attempts to raise a rebellion. Obviously the soul searching from the Ray worked because he comes to the rescue of his former colleagues before the Queen can unleash her plan and in a great twist, the issues ends with Promethea challenging this new monarch of planet Earth.

All in all, it was an engaging issue of the Justice League of America with some fun world building by Steve Orlando who still manages to pull those unexpected twists. Sure this is not THE Justice League but I’m finding these lesser members more enjoyable and down to Earth, including the villains that they face. Complementing this story is the detailed and flawless art of Neil Edwards who helps bring this deadly fable to life. 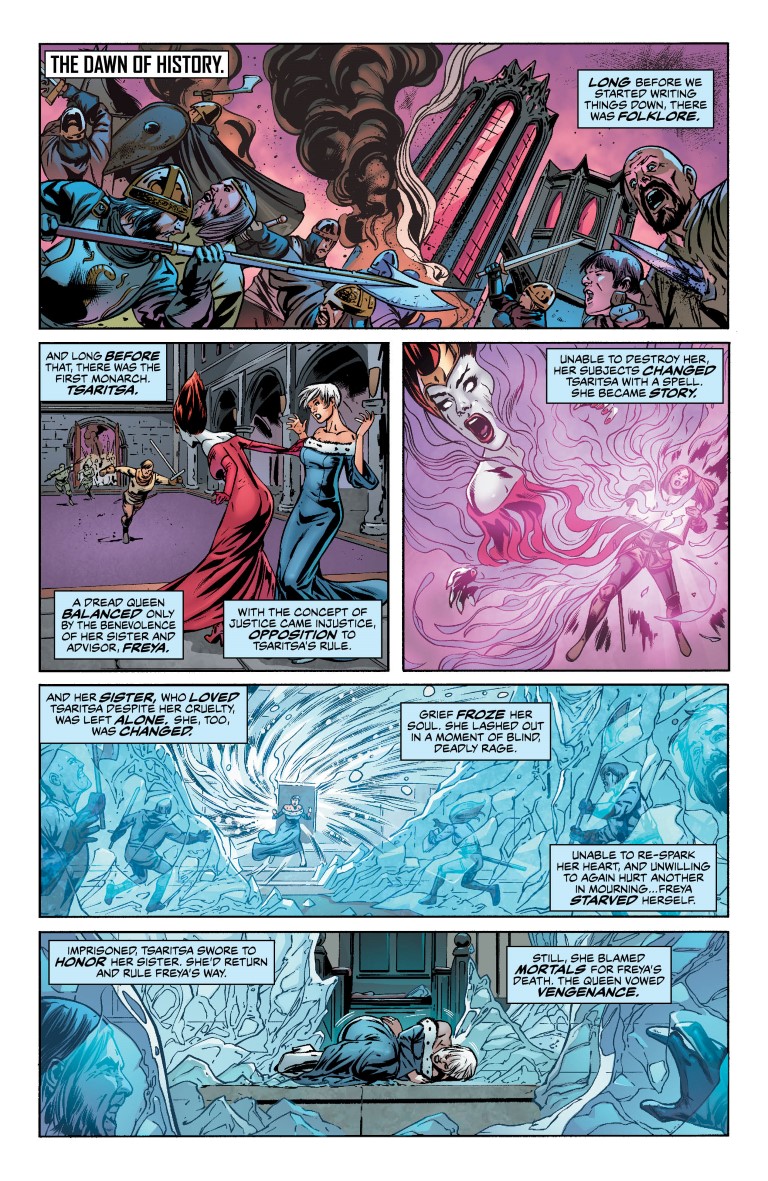 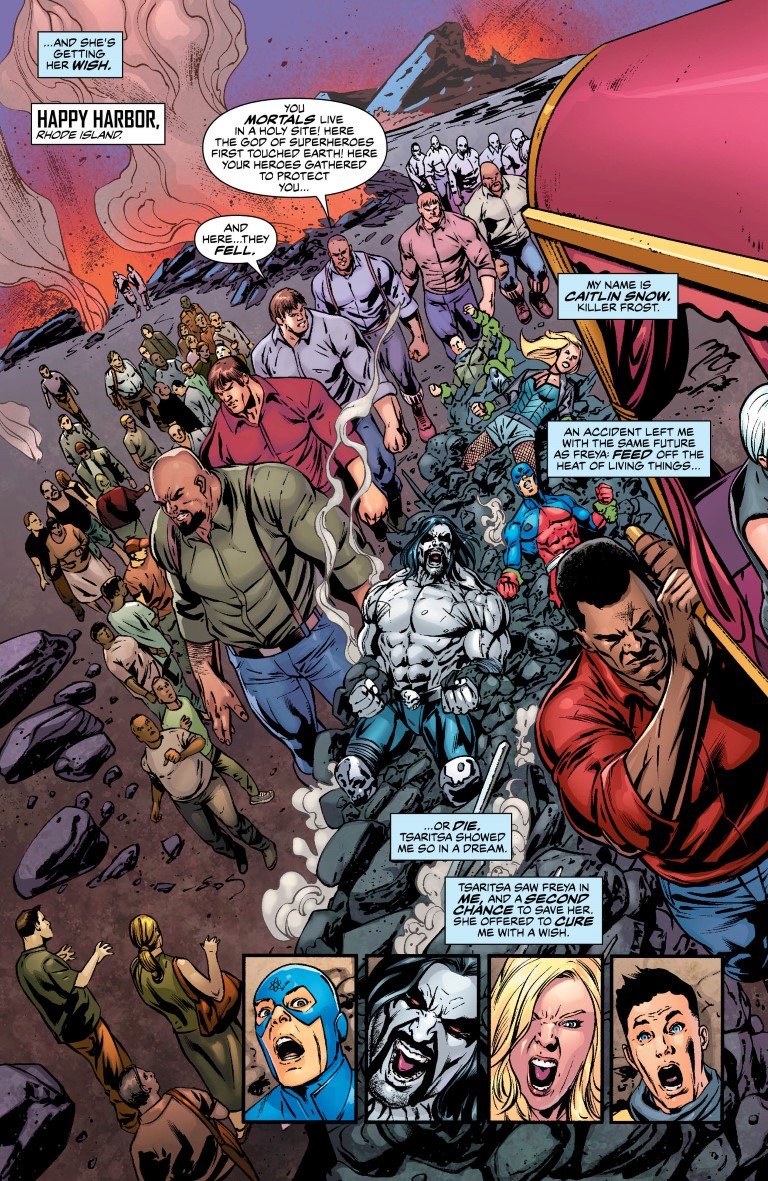 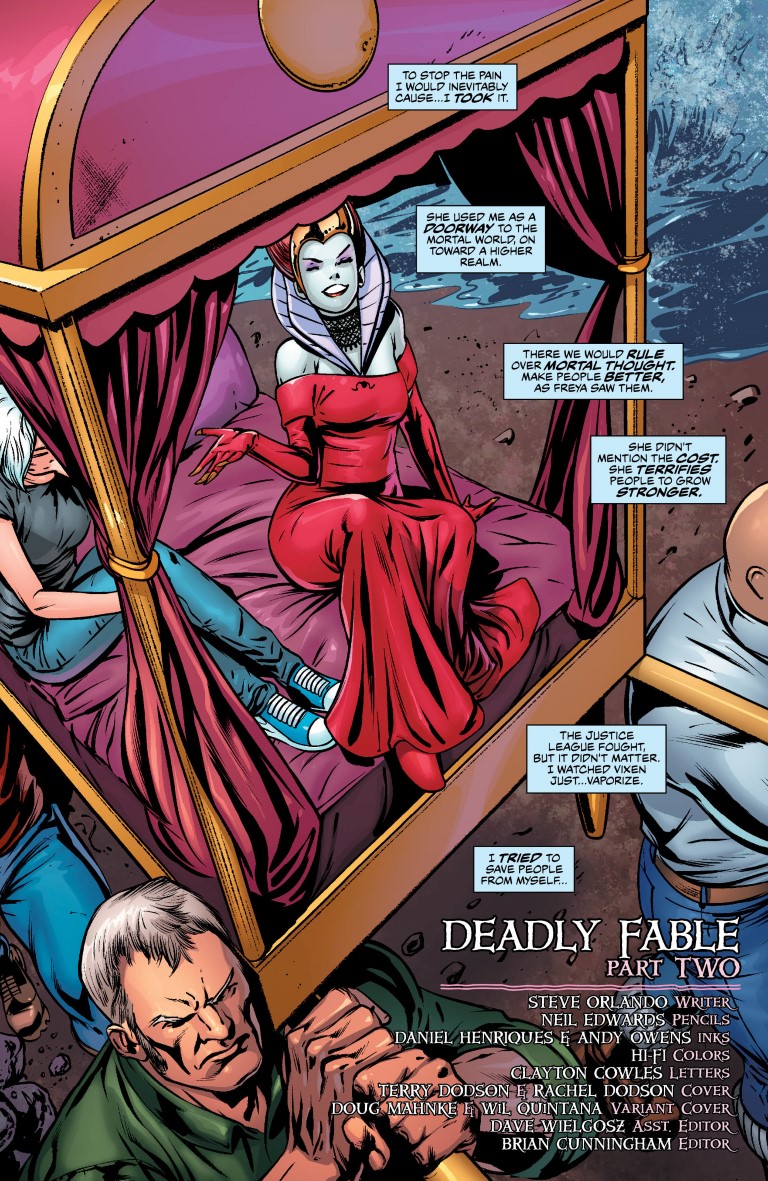 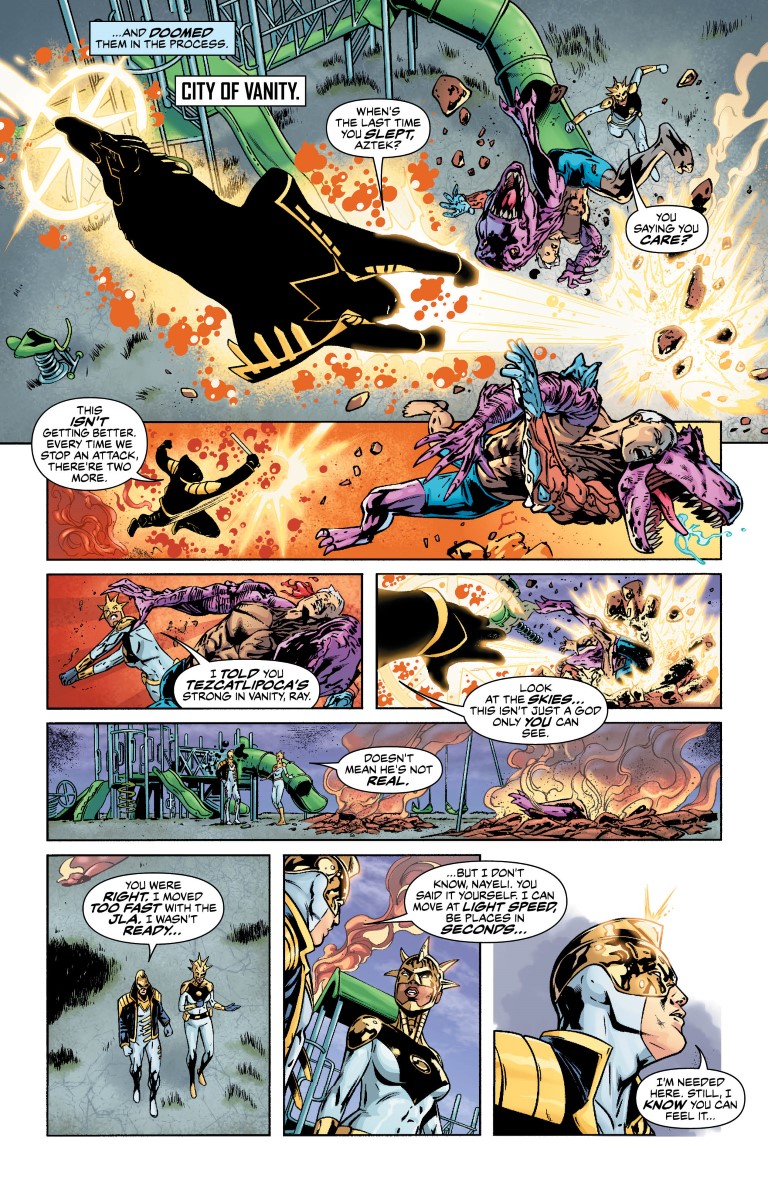 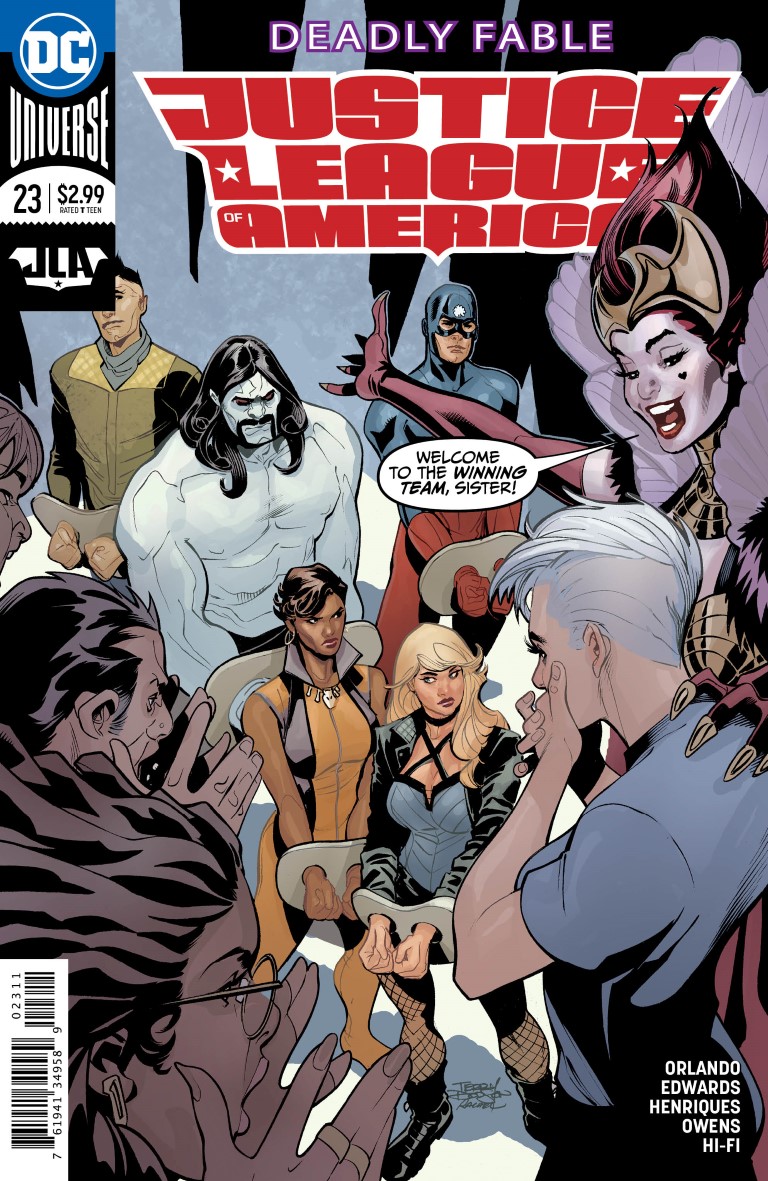 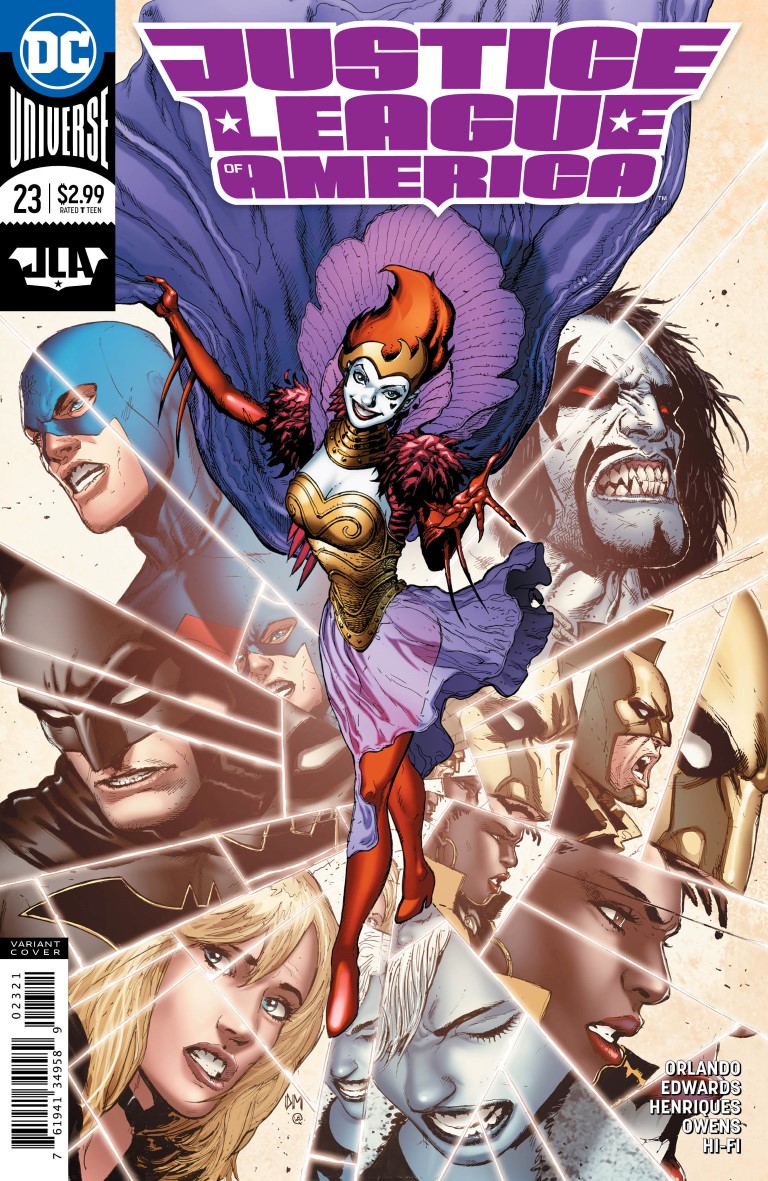