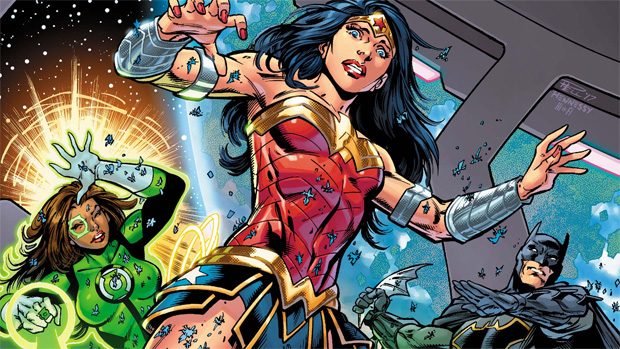 A Thousand Little Things is a breather for regular Justice League scribe Bryan Hitch as the taelnted Shea Fontana fills in as writer with artist Phillipe Briones, colourist Gabe Eltaeb and letterer Dave Sharpe to deliver a fun adventure of DC’s premier superhero team. The story commences with Justice League rookies Simon Baz and Jessica Cruz (two of Earth’s newest Green Lanterns) who stop an asteroid from hitting the Earth while on their way to be interviewed by Lois Lane about life on the League’s Watchtower. Needless to say, there’s never a dull moment in the Justice League! 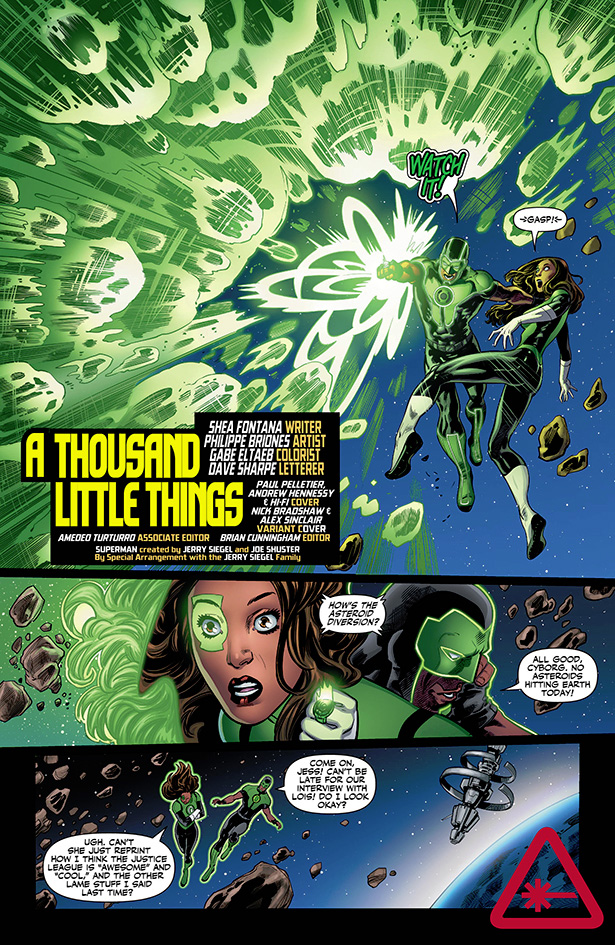 Fontana really showcases the personalities of the Justice League very early on such as Green Lantern Simon Baz fist pumping Cyborg to a classic scene where he tries to high five Batman that becomes a very uncomfortable handshake for both of them. Furthermore, she fleshes out the touching relationship between Lois and Clark and their son Jonathan who is having the time of his life aboard the Watchtower. Unfortunately their peaceful respite is cut short when Cyborg discovers a nearly microscope alien life-form on the Watchtower and although it appears that these visitors are benign, things go crazy in true Justice League form as one of their members become a host for these alien creatures.

In terms of characters, this story is definitely a Jessica Cruz centric story and does focus a little too much on her insecurities as a Green Lantern which has been done a little too much over the years but somehow it all works in this fun filler issue. Adding to the story is the excellent art by Phillipe Briones who should be commended bringing this story to life with his dynamic art and I love the way he brings the emotions of the characters to life, whether that’s the majesty of Wonder Woman or the cockiness of Simon Baz. The issues ends with Wonder Woman giving Jessica a much needed pep talk as she once again finds the power inside. 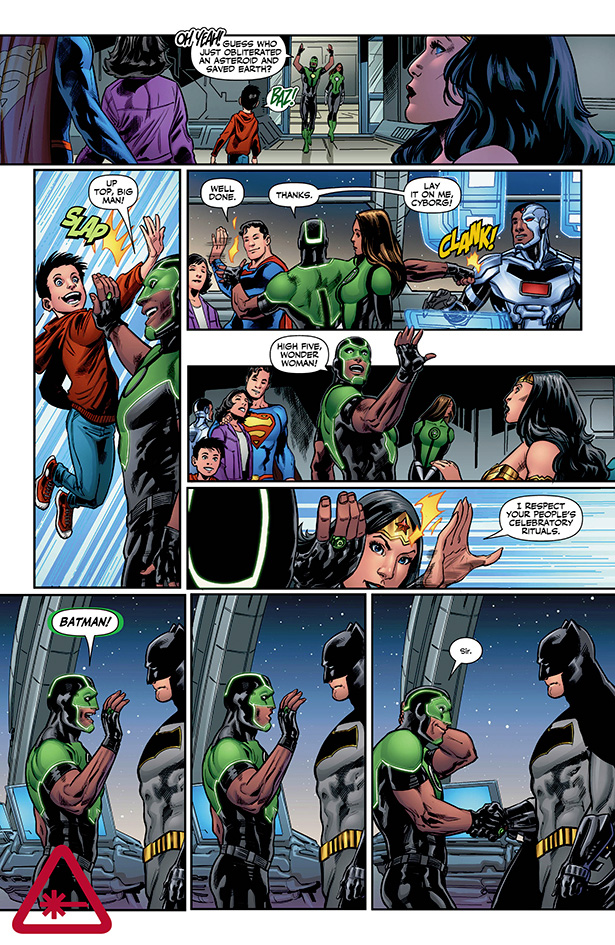 When Bryan Hitch does stepdown as writer of the Justice League, I really hope that DC Comics consider Shea Fontana as his replacement because she really captures the essence of each of the characters and more importantly, the dialogue flowed extremely well with just a few clichés thrown in for good measures… but hey, this is superhero comics we’re talking about and that’s where Justice League #22: A Thousand Little Things succeeds! 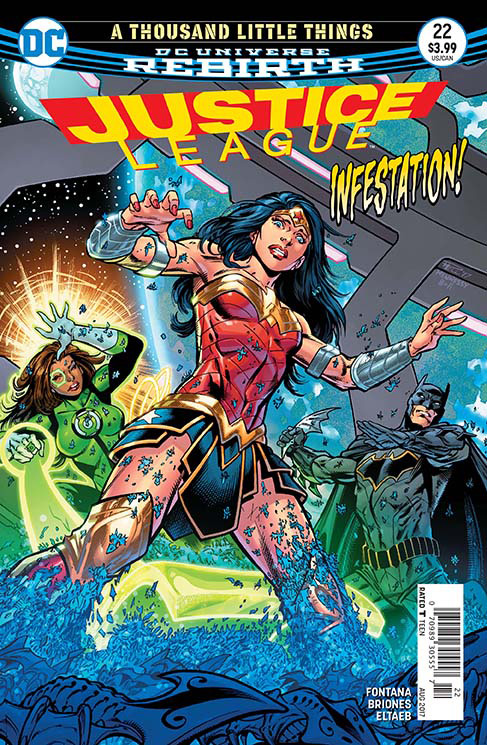