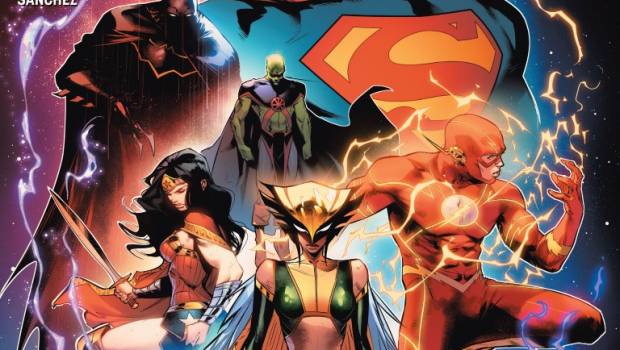 Summary: Justice League #2 brings us both sci-fi and a league that have become very small fish in a very big ocean

Superstar writer Scott Snyder delivers another entertaining issue of his new formed Justice League run that is illustrated by the awesome Jorge Jimenez as the issue starts with Lex Luthor getting even on his deceased father Lionel as he channels his former villainous self. The issue itself is definitely Luthor centric as he attempts to build his “legion” of Doom while the Justice League continue to investigate the Totality.

Without spoiling the issue, Snyder definitely brings us a Justice League that crosses boundaries and is epic with the scope of how big their toy box is. Given the repercussions of Dark Nights Metal and the breaking of The Source Wall, the league have found themselves as little fish in a very big ocean which is how it should be. Furthermore, Snyder delivers some very strong characterisation with some memorable banter between Batman and Green Lantern John Stewart and of course Lex who is written perfectly by this writer as he returns this character to his scheming old self.

Also, Snyder delivers this almost Silver Age vibe, especially with the sci-fi element that he incorporates into the issue and more importantly (which works quite well) is that the story is quite wordy and doesn’t take five minutes to read and just makes it more engaging and entertaining. Add in some fun twists like Sinestro and our “favourite” Martian in a place of prominence again and this is definitely my Justice League that when matched with the art of Jorge Jiminez really draws you from start to finish and helps showcase a universe bigger then what we thought with the characters that we all love. 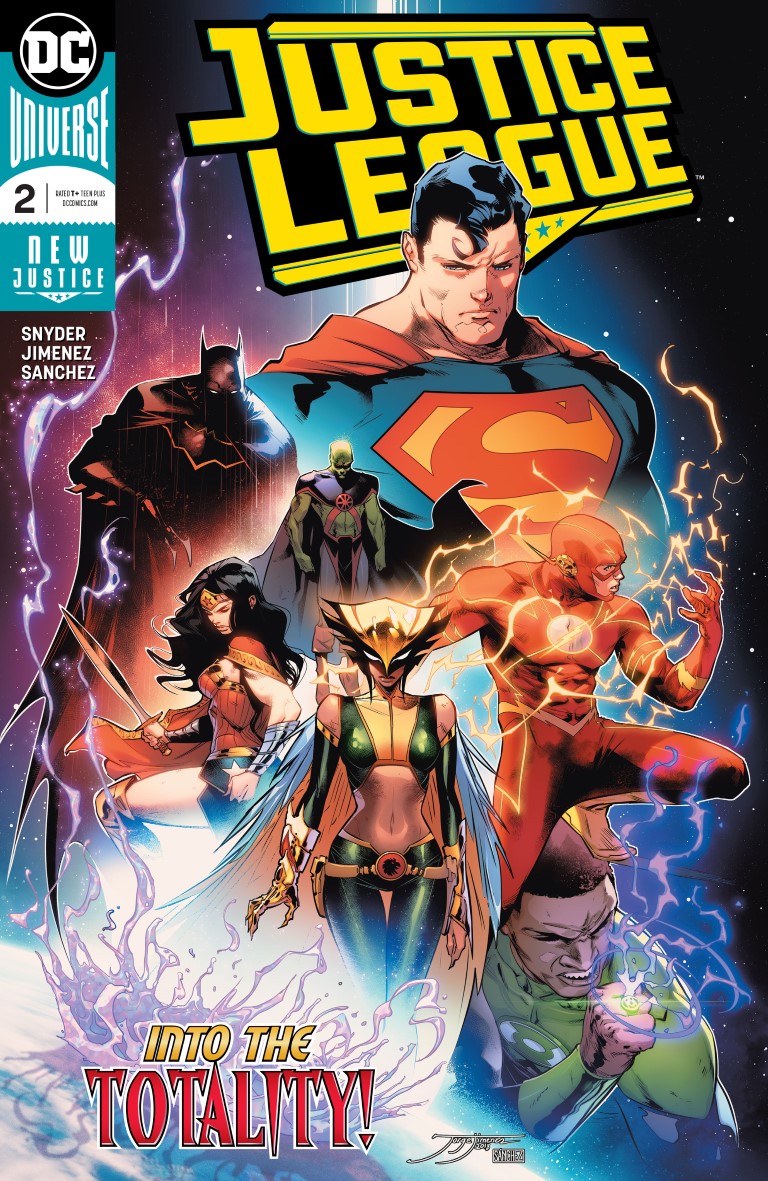 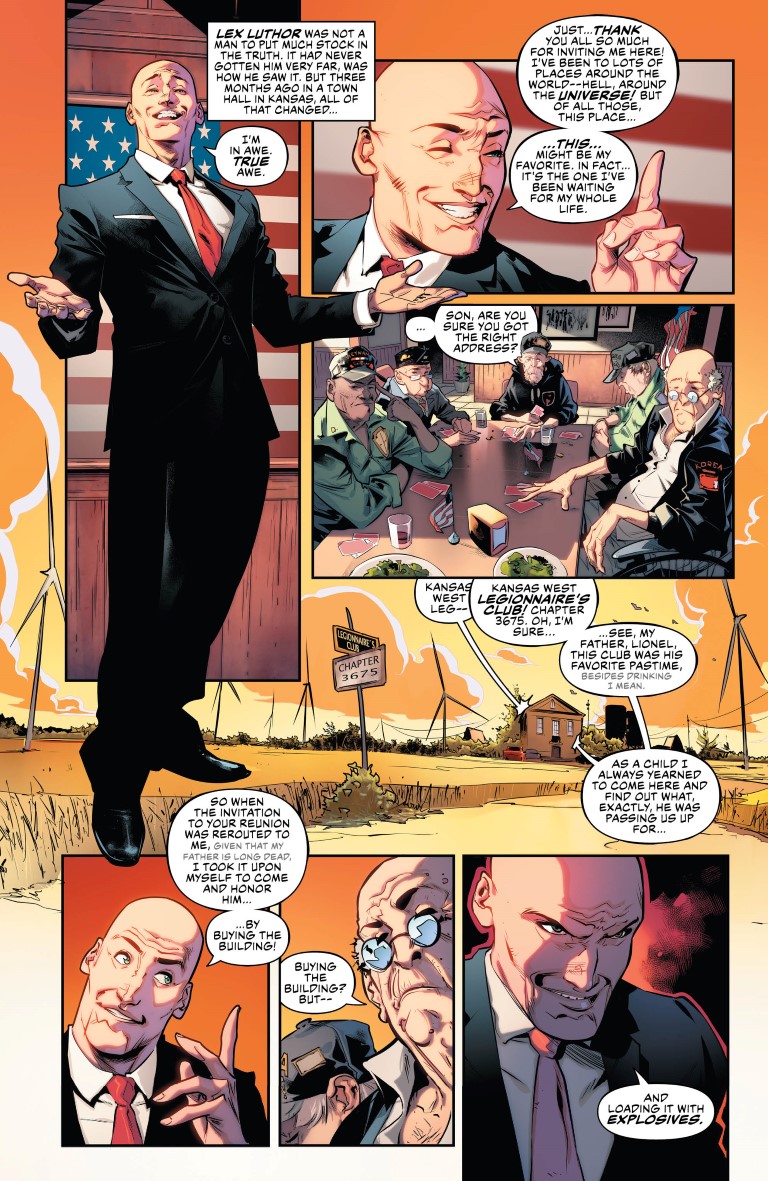 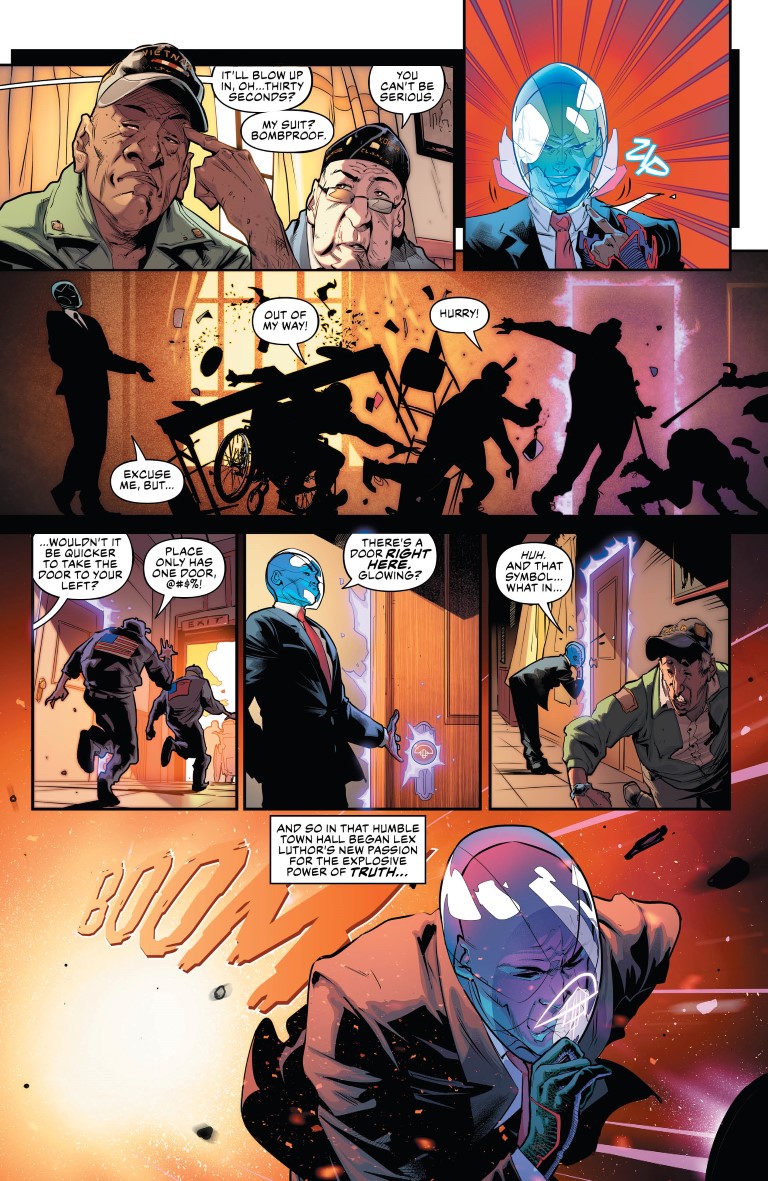 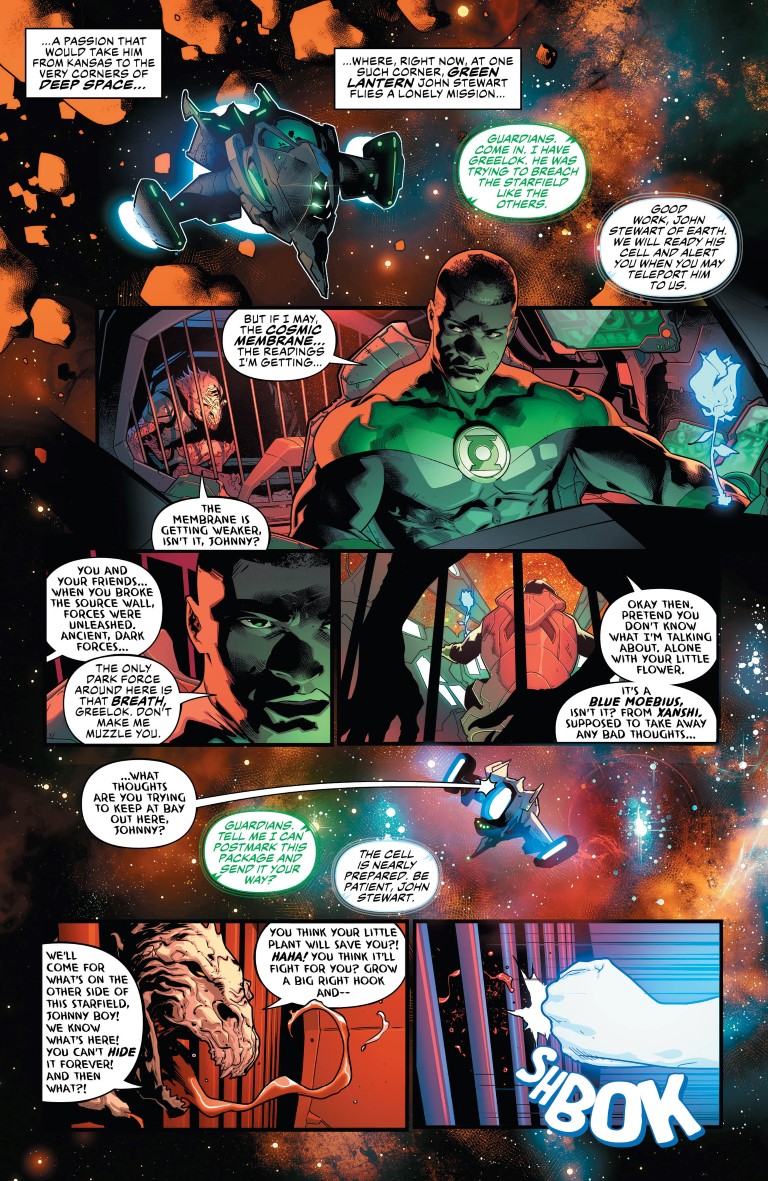 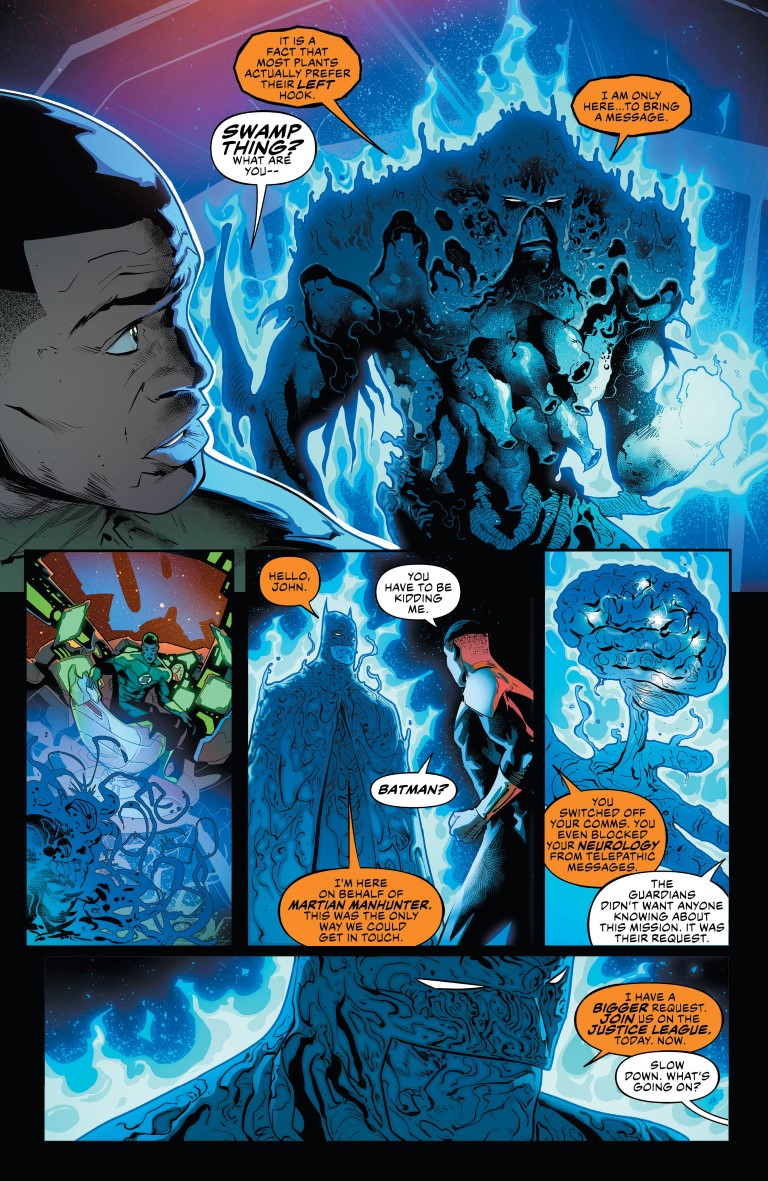 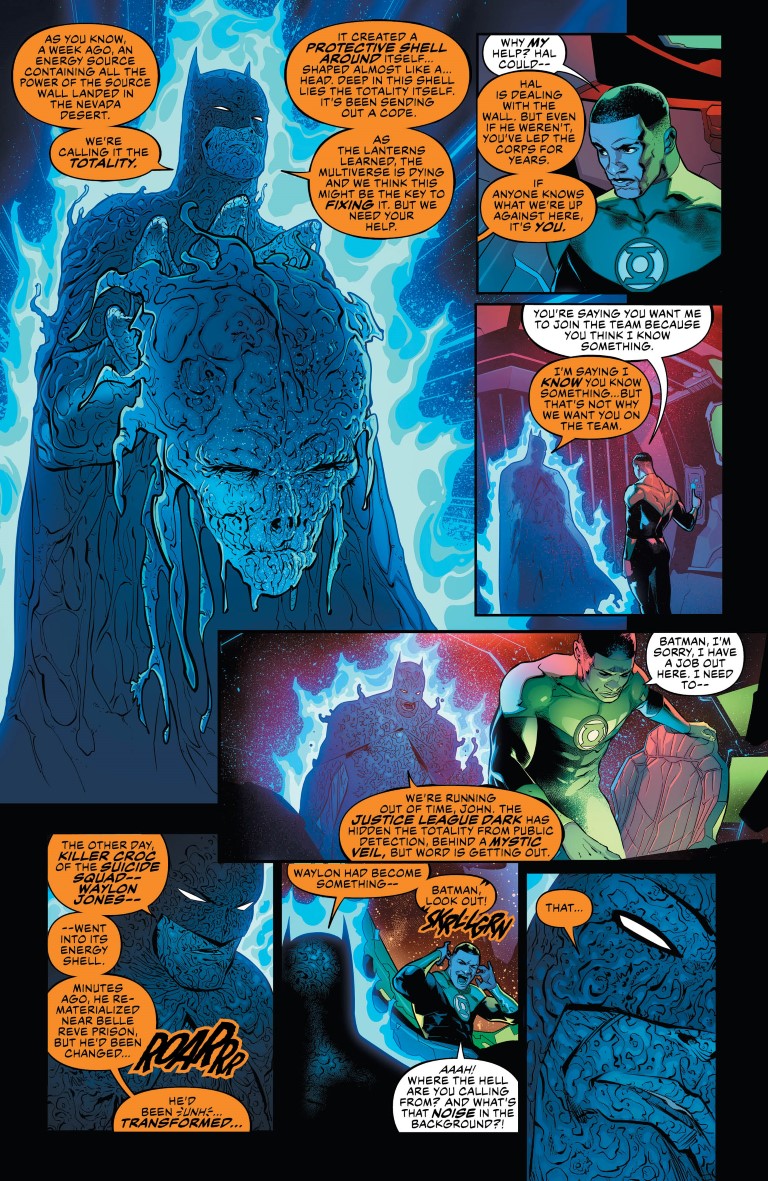 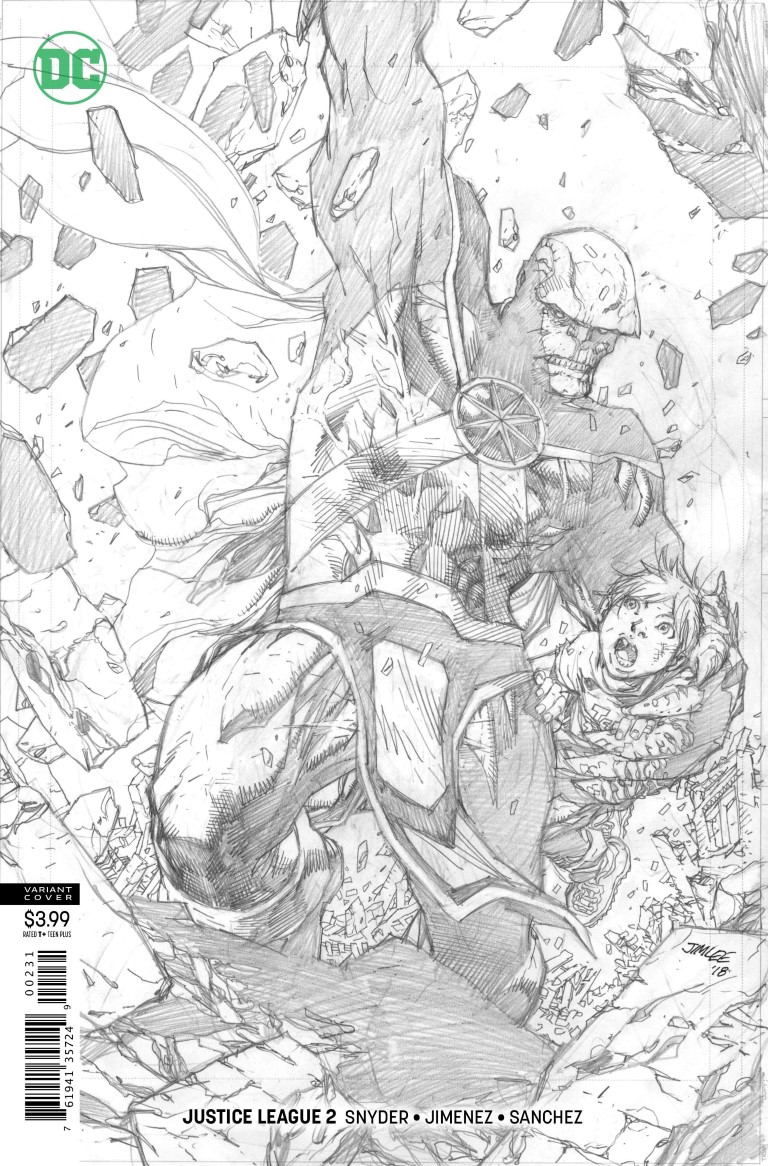 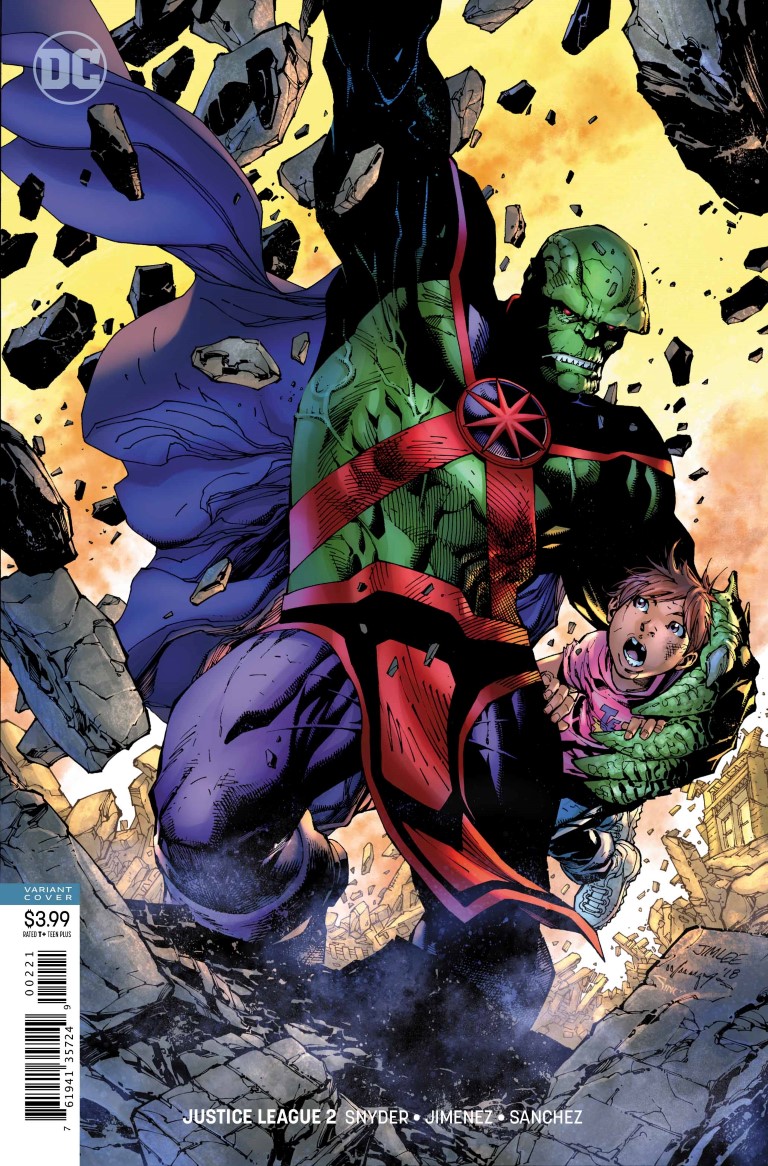