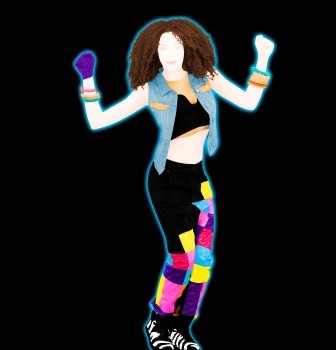 December 17, 2013 — Ubisoft has announced the latest batch of DLC songs for Just Dance 2014, available from December 18 on all current and next-gen gaming systems. The tracks include:

For the first time in Just Dance history, a DLC track features avatar costumes designed by two Just Dance fans selected through a contest held earlier this year.  The contest was open to fans from France, Germany, Spain and the United Kingdom, and was created with Stardoll, the virtual paperdoll community site. Through the contest, fans could virtually take part in one of the key aspects in the making of Just Dance: the creative avatar wardrobe design process.

In order to find the winning looks, Stardoll users voted for their favourite design and the two winning designs (top and bottom piece of clothing) were then selected by the Just Dance development team. The designs will appear on the dancer in the track “My Main Girl” by Mainstreet!

Furthermore, Stardoll users can purchase Just Dance costumes in a special online store, exclusively available on the Stardoll site from November 26 to December 31.