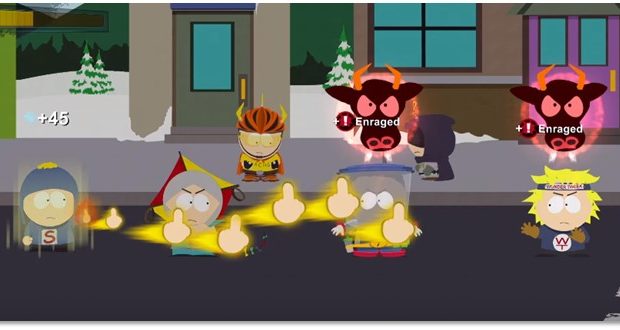 JUST ANNOUNCED – PLAY BEFORE RELEASE ASSASSIN’S CREED: ORIGINS AND SOUTH PARK: THE FRACTURED BUT WHOLE ONLY AT EB EXPO

Fans attending this year’s EB Expo have the opportunity to play two of the year’s hottest titles before release – Assassin’s Creed: Origins and South Park: The Fractured But Whole.

The announcement of these two playable games adds to an already stellar play before release line up including Far Cry 5, Wolfenstein II, Super Mario Odyssey, Xbox One X and more.

For the last four years, the team behind Assassin’s Creed IV Black Flag has been crafting a new beginning for the Assassin’s Creed franchise. Set in Ancient Egypt, players will journey to the most mysterious place in history, during a crucial period that will shape the world and give rise to the Assassin’s Brotherhood. Plunged into a living, systemic and majestic open world, players are going to discover vibrant ecosystems, made of diverse and exotic landscapes that will provide them with infinite opportunities of pure exploration, adventures and challenges. Powered by a new fight philosophy, Assassin’s Creed Origins embraces a brand new RPG direction where players level up, loot, and choose abilities to shape and customize their very own skilled Assassin as they grow in power and expertise while exploring the entire country of Ancient Egypt

About South Park: The Fractured But Whole

Players will once again assume the role of the New Kid. As the newest member of Coon and Friends, you must create your own superhero, build up your notoriety, and use your superpowers to save South Park. Only then will Coon and Friends take their rightful place as the greatest team of superheroes ever assembled, and get the movie deal they so richly deserve. In a city gripped by chaos, Coon and Friends rise to save the day.