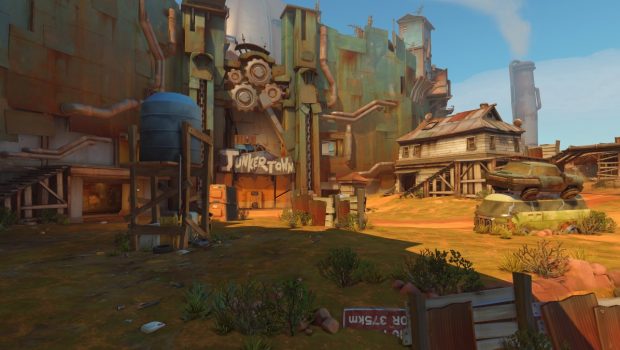 Junkertown is located in the harsh and unforgiving Australian Outback. Constructed from the remains of a destroyed omnium, it’s now the home to a band of lawless scavengers known as the Junkers, led by their cutthroat Queen. When they aren’t pillaging the omnium’s skeleton for anything of value, the Junkers blow off steam in the Scrapyard—a massive gladiatorial arena whose combatants fight for glory, riches… and to survive.

For a complete breakdown of all the changes, including developer comments, read the patch notes here.