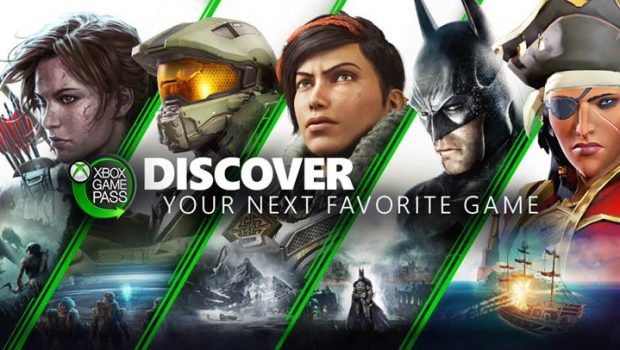 Summer is here which means sunshine, cookouts and of course, gaming with friends after a long day outside. Team Xbox has been busy cooking up new features for the July 2019 Xbox Update, which begins rolling out today. This update includes a new way to interact with Xbox Game Pass, additional countries for the Xbox Skill for Alexa, and new Xbox Skill for Alexa voice commands. Here’s a rundown of what’s new:

Xbox Game Pass offers a curated library of over 100 high-quality games on PC and console, available to download and play at full fidelity for one low-monthly price. Today, we’re rolling a new way to manage your Xbox Game Pass collection.

Last fall, we expanded voice control support by introducing the Xbox Skill for Alexa, which enables you to navigate and interact with Xbox One using voice commands through your Alexa-enabled devices. Today we are adding more supported countries and new Alexa voice commands to see what’s happening on Xbox Game Pass and check in with your Xbox Live friends.

These updates are based on feedback from our Xbox Insiders who have helped to shape these features. A huge thank you to all our Xbox Insiders for your valuable input and continued participation. If you’d like to help define the future of Xbox and get access to early features, download the Xbox Insider Hub app on your Xbox One or Windows 10 PC today and share your ideas at the Xbox Ideas Hub. You can also visit the Xbox Insider Blog here for the latest release notes and to learn more. Enjoy the July Update and happy gaming!