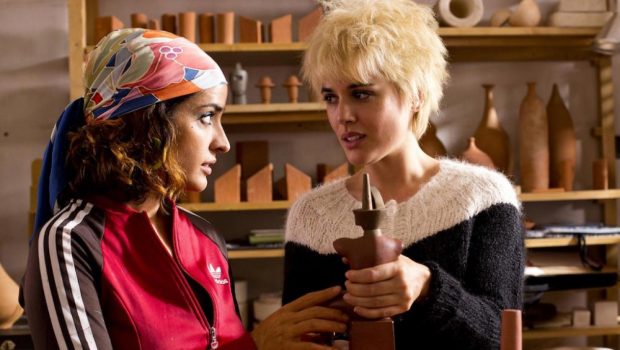 The Spanish drama Julieta directed by Pedro Almodóvar pulls off the amazing feat of walking the thin line between cheesy and compelling. The film has the makings of a soap opera with its off screen deaths, dramatic dialogue, and infidelity. But Almodóvar keeps things grounded with his amazing cast and beautiful shots of the Spanish coasts and countryside. The title character is played by Emma Suárez, an emotionally damaged middle-aged woman who’s about to embark on a life changing move to Portugal with partner Lorenzo (Darío Grandinetti). But Julieta has a chance encounter with her estranged daughter’s friend and something inside of her is set off. She cancels the move to Portugal, flees her swanky modern apartment and moves into an old, run down flat with just a torn up photo of her and a young girl. It’s this kind of mystery that runs through the movie that keeps things very interesting and stops it from being a long episode of The Bold and the Beautiful. Julieta sits down and begins writing a letter to her daughter about how she came to be a mother and what’s led her to the tragic state she’s in now.

We jump back to the 1980s where Adriana Ugarte, a perfect younger fit to Suárez’s broken older character, now plays Julieta. This part of the film has the makings of a romance novel as the spiky haired Julieta meets a tall, dark handsome stranger, Xoan (Daniel Grao). The two make an intense connection and experience love and death in one single train ride. From this encounter the beautiful young couple conceive a daughter, Antia. It may sound like this movie is a romance, which partially it is, but it would be more fitting to categorise this as a tragedy. There are some details here that border on spoilers so it’s best just to say that the family goes through some traumatic events. As Antia grows up she becomes the carer for a now broken Julieta, which in turn creates a rift between the two. Julieta is a heartbreaking character to watch as she means well but still has pain inflicted on her through cruel twists of fate and broken relationships. She’s so human you can’t help but relate to her. A few tears may even appear since Almodóvar has provided some amazing backdrops of Spain while quite a touching musical score by Alberto Iglesias eases us through this journey. 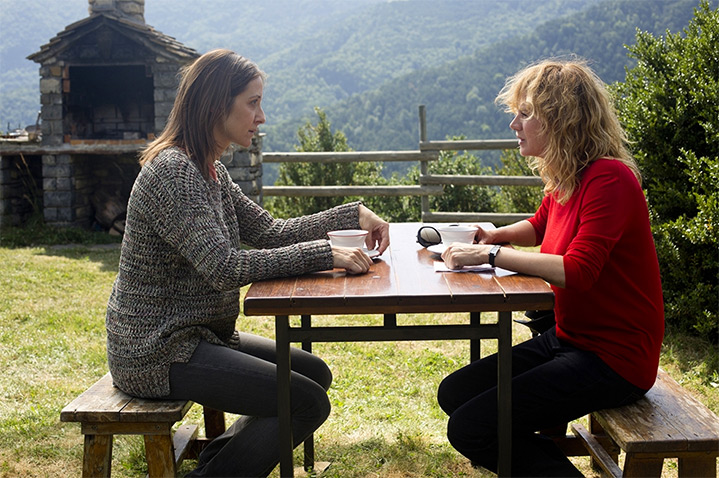 The first half of Julieta plays out like an over-soppy daytime drama but with some patience and an open mind, the movie turns out to be a worthwhile tragedy to watch. It also helps that the narrative is wrapped in just the right amount of mystery to keep your eyes glued to the screen (if the beautiful actors and scenery isn’t enough to do that). On top of it all there are also some solid performances by supporting actors. There’s Rossy de Palma who plays the salty and somehow funny Marion, a housekeeper to Xoan and his family. Darío Grandinetti stays in his lane by playing the quietly suffering partner of Julieta, loyal and caring but confused by her pain and her lashing out. I’m surprised I liked this movie as much as I did. Like I said before if you stay patient with it you’ll see that Julieta is a really beautiful movie and what’s worth noting is that it’s based on three short stories by Alice Munro. Apparently, Almodóvar was originally going to shoot the film in English but lucky for us he kept in Spanish, which adds another quality to an already interesting narrative.

Summary: The first half of Julieta plays out like an over-soppy daytime drama but with some patience and an open mind, the movie turns out to be a worthwhile tragedy to watch.