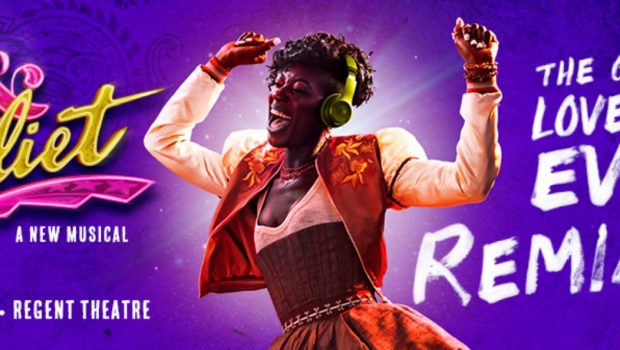 Tickets for the Australian premiere of & JULIET go on sale to the general public today at 9am (AEDT), Monday 17 October.

In a new production exclusive to Melbourne, & JULIET will play at the Regent Theatre from February 2023, making it the third city in the world to host this critically acclaimed West End hit after London and New York.
​​​​​
With a book by Emmy® Award-winning Schitt’s Creek writer David West Read and music from legendary five-time GRAMMY® Award-winning songwriter/producer Max Martin, & JULIET sees Shakespeare’s most famous love story remixed with some of the most iconic pop songs of the last three decades in an uplifting story of self-discovery, empowerment and love.

Max Martin said, “I’m really proud of this show and to now be able to share it with Australia is such an honour. When we were making it, we always said we wanted it to be very inclusive. We wanted it to have a big heart and we wanted everyone who comes to see the show to leave feeling a little better than they did before. If you love music, if you love storytelling, we made & JULIET for you.”

​​​Australian Producer Michael Cassel said, “The excitement for & JULIET’s arrival in Melbourne is palpable. This remarkable production, which takes the greatest love story ever told and remixes it with the extraordinary music of Max Martin, is going to be the biggest party in the city and we can’t wait to start.”

& JULIET first premiered on the West End in 2019 at the Shaftesbury Theatre in London, where it was nominated for nine and went on to win three Olivier Awards, as well as six WhatsOnStage Awards, the most of any production that year.

An all-local cast is currently being assembled from across the country and is set to be announced in November.

Tickets are available for performances from 26 February 2023 to 9 April 2023 exclusively through ticketek.com.au. Prices start from $89.90 and vary by performance, seat location, and during peak periods such as public and school holidays. Each performance in-season will have a set allocation of tickets priced at just $30.