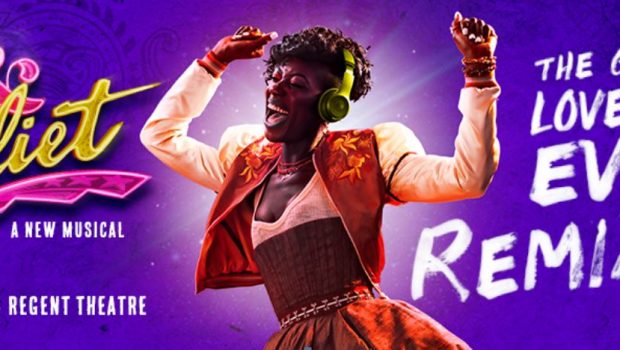 The Producers of the Broadway and West End smash hit & JULIET are thrilled to announce the incredible cast for the production’s Australian season at the Regent Theatre, Melbourne, when performances commence on February 26.

The award-winning anthemic pop musical, & JULIET, will be led by Lorinda May Merrypor in the title role. Australian music industry legend Rob Mills will hold the quill as Shakespeare, while music theatre icon Amy Lehpamer tries to rewrite the narrative as his wife Anne.

& JULIET’s book is by Emmy® Award-winning Schitt’s Creek writer David West Read with music from legendary five-time GRAMMY® Award-winning songwriter/producer Max Martin, the genius behind more #1 hits than any other artist this century.

& JULIET sees Shakespeare’s most famous love story remixed with some of the most iconic pop songs of the last three decades in an uplifting story of self-discovery, empowerment and love, and begs the question is there life after Romeo?

Playing that other half of the star-crossed lovers will be recent Fangirls heartthrob Blake Appelqvist.

Completing the dazzling cast of principals is star of the stage and ARIA #1 winner Casey Donovan as Angélique; Broadway, West End and Australian music theatre star Hayden Tee as Lance; Jesse Dutlow as May and Yashith Fernando as Francois.

Speaking of the casting, Australian Producer Michael Cassel said “we want the people audiences see on stage to look like the faces they see around them in everyday life and I am so proud of the cast we found in Australia for & JULIET. From the big stars of Australian stage to the newcomers who blew us away in their auditions this is a vibrant, exciting, diverse and, most important, hugely talented group of people to bring this show to life down under.

“In the iconic words of Max Martin and Jessie J, this cast really ‘takes me down, like I’m a domino’. Australia deserves a show with this much joy, and a cast that can knock it out of the theatre every single night and that is exactly what they will deliver.”

Juliet’s new story bursts to life through and addictive playlist of pop anthems by legendary scribe Max Martin and his collaborators including Baby One More Time, Roar, Since You’ve Been Gone, Larger Than Life, That’s The Way It Is, Can’t Stop The Feeling, plus a brand-new song written especially for the show by Martin.

& JULIET first premiered on the West End in 2019 at the Shaftesbury Theatre in London, where it was nominated for nine and went on to win three Olivier Awards, as well as six WhatsOnStage Awards, the most of any production that year. The show opened on Broadway in November 2022 to rave reviews.

& JULIET will play exclusively at Melbourne’s Regent Theatre from next February, making it the third city in the world to host the critically acclaimed West End hit after London and New York.

Tickets are currently available for performances from 26 February 2023 to 9 April 2023, exclusively through ticketek.com.au.
“The most fun you’ll have on Broadway! A smart, supremely joyful, laugh-out-loud, shot of pure gold. Exactly what we need right now.”
Variety

“Makes you levitate out of your seat. It’s impossible not to feel intoxicated.”
New York Magazine

“A dream of a musical! & Juliet gives audiences what they want.”
Time Out New York ​​​​

“The apotheosis of the jukebox musical”
The Stage ★★★★★

“If music be the food of love, then & JULIET serves up an all-you-can-eat buffet of the highest standard.”
WhatsOnStage ★★★★★