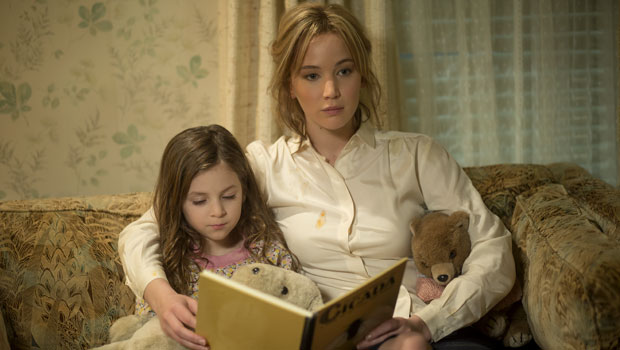 At twenty-five years old, Jennifer Lawrence is one of the biggest movie stars in the world. In August 2015, Forbes named her as the world’s highest paid actress, earning over $50 million dollars within a 12 month period. Her account has been spurred by her transition from independent dramas like Winter’s Bone and into mainstream Hollywood blockbusters, including X-Men and her signature franchise The Hunger Games where she plays the leading heroine Katniss Everdeen. In-between these franchise films is her strong partnership with director David O. Russell, which has seen her star in the comedy-dramas Silver Linings Playbook and American Hustle. The former earned her a Best Actress Oscar, which is merely one of several achievements for one of the most successful young actresses in film history. Can a performer achieve too much at such a young age? Lawrence has starred in more than one film a year over the last five years, which is providing her with an extensive, rigorous filmography for such a young performer. If there was any hint that she needs a break it is with Joy, her third film with both O. Russell and her costars Bradley Cooper and Robert De Niro. 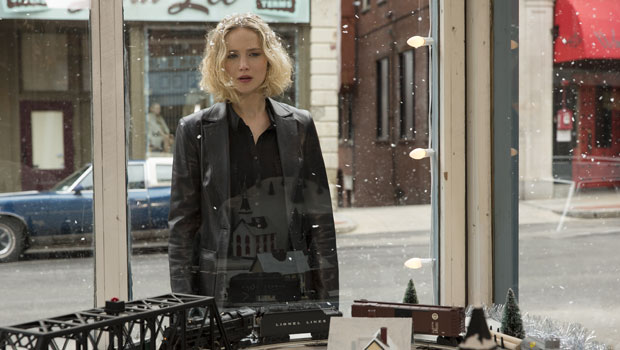 After the great success the quartet has shared in the past together, Joy is a disappointing reunion, one that ends O. Russell’s winning streak of good to great films over the past ten years or more. The enigma of this director is that contrary to the frequent rumours and innuendo about flare-ups on his sets, he never settles for mediocrity. Three Kings, still one of his best films, highlights his auteurist stamp, which is finding harmony between comic and dramatic tones. His films are often about dark relationships and self-preservation, which he finds to be both psychological and humorous. Overlapping the dueling styles regularly proves to be O. Russell’s artistic and commercial triumph. Though he may have intended to design Joy as a star vehicle for Lawrence to pilot and to mirror her personal growth and independence, this sadly ranks as one of his least interesting films in a number of years.

When the project was first announced, many were understandably skeptical about Joy’s banal premise. The film is based on the real life of Joy Mangano, the woman who invented the Miracle Mop. Joy is played by Lawrence and painted in the film as a worn down soul who sells airline tickets and has moved back home with her mother Terry (Virgina Madsen), who can’t remove her eyes from watching daytime soap operas as she lays in bed. Joy’s own family includes her ex-husband Tony (Edgar Ramirez), who is a Latin singer that shares two kids with her. Both the children and Tony move back home with Joy. She is further burdened by her obnoxious father Rudy (Robert De Niro), who has been kicked out by his partner and has to move into the house as well, despite hostilities with himself and Tony. Dissatisfied, Joy is determined to break clean of her wild family. She designs a special type of plastic mop that is retractable and can be easily washed without touching the end of it. Her father’s car business aids in developing the mop, as does the money of his new European girlfriend Trudy (Isabella Rossellini), who finances the device. Deeper into the film, Joy detours to a television studio with the hope of selling her product on the air but a slick television executive named Neil Walker (Bradley Cooper) is skeptical of promoting her device. 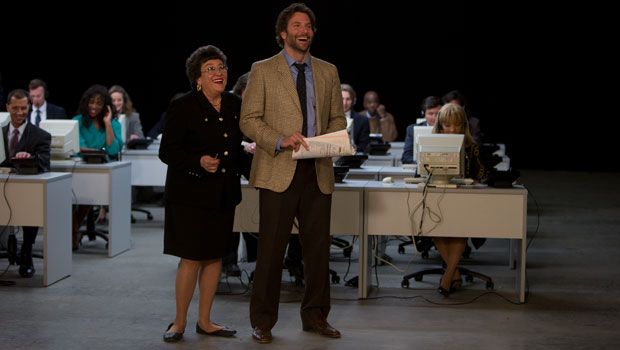 Even after rewriting Annie Mumolo’s script, O. Russell’s reach hasn’t extended further than a standard archetype or clenched a unique narrative line. His choices are curious given he has rarely made the same film twice and admirably cast star power while refusing to lull on what previously succeeded for the director. Disappointingly, Joy’s story arc and themes of individualism and self-determination are curiously blasé and insubstantial, rarely trudging deeper than seeing a younger woman overcome life’s burdens through her personal inspiration and self-belief that allows her to stand on her own feet. The narrative is made derivative by predictable obstacles to its goals of confidence, female empowerment and dedication to women, by dodgy business partners, financial problems and moments of self-loathing. The film doesn’t achieve the director’s usual balance of high drama and hilarious comedy because the laughs grow scarce when confronted by the film’s sluggish duration, outstaying its welcome until it shifts from quietly humorous to tedious before the end. Sentimental gimmicks like Joy talking to her inner child and the narration of her grandmother (Diane Ladd) are no aid to the flat pacing. The early scenes show glimpses of the manic energy of O. Russell’s recent films achieve, with rants between the characters simmering close to the boil but merely teasing the perpetual manic energy we crave. 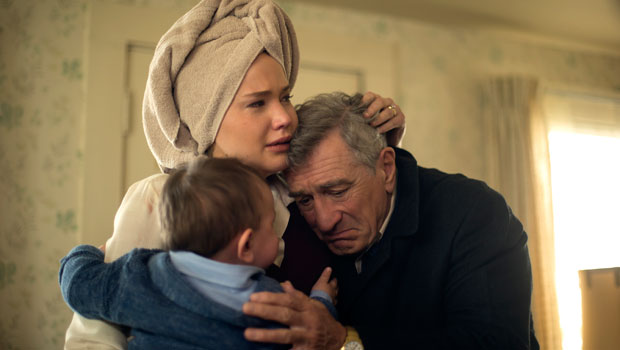 Uncharacteristically, O. Russell also deters from mining a crucial sequences for satirical gold. Despite a solid turn by Bradley Cooper, the television studio segment is left begging for brutal swipes at the ridiculousness of industry and orchestration. Instead, the film is complicit with and grateful for mass consumption, expecting nods of approval as the sales numbers on a counter rise with the popularity of Joy’s mop. O. Russell is viewing commercialisation, the polite term for selling junk on TV, as synonymous with personal success and the American Dream. It’s a baffling artistic compromise considering this director would once have scoffed at capitalism and enterprise, like in I Heart Huckabees, instead of warmly embracing the consumerist ideology. The complacency rests on his shoulders but Lawrence’s brand could have contributed given studios are determined to preserve the image of their biggest stars. Lawrence will break free of her constraints as she works with different director who can teach her different acting styles and techniques to O. Russell, who has been an excellent mentor to her. Her role as Joy is more internal and contained, which is contrary to her explosive, bombastic acting style where she is most comfortable. The part catches her short on her range because a repertoire of expressions in her face is something that falls adrift. Edgar Ramirez proves to be one of the film’s few sympathetic side parts, particularly compared to Robert De Niro who does well to accentuate the obnoxiousness of his character but it’s not a rounded or understandable character. Instead, the film’s concerns are aimed at the brilliance of mass production and commericalisation as an avenue for personal success which is as though the film is justifying its own compromised pre-packaged story. O. Russell and Lawrence are both capable of richer thematic content, even if it means spending the next few Christmases apart.