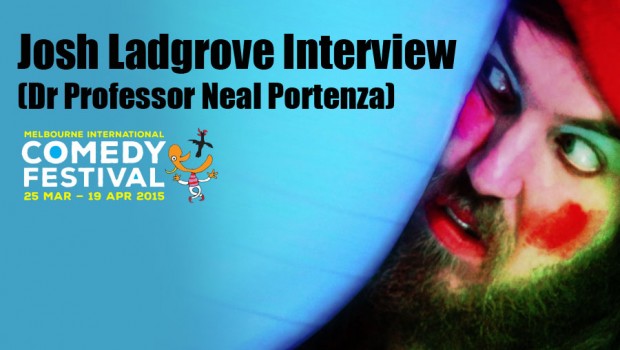 Welcome to Impulse Gamer Josh and I hope you’re well! Besides the Melbourne International Comedy Festival, what else does 2015 hold for you?

2015 will see me trying Sydney Comedy Festival for the first time, which is exciting. Edinburgh Fringe is on the horizon. Hopefully a nap somewhere in between and I recently bought NBA2k15 on PC thinking I would hate it, but I love it, and now want to play it more, but it’s very difficult when you’re travelling.

So tell us a little about your show?

Someone here in Adelaide described it as ‘Collective Comedy’, which I like very much. It’s very interactive, very unique from night to night, very improvised depending on what the audience dishes out to me. It’s fun, funny, interactive character comedy, though it’s not about anything. It’s a show designed to make you laugh with as little reason as possible. If my show were a game, it’d be a mix between Super Meat Boy and Ocarina of Time. Probably.

What do you think is the funniest part of your show?

Well, it varies a lot from night to night, so that’s not easy to say, and given that much of what I do owes itself to the element of surprise, I’d be a fool to give too much away. Having said all that, my favourite part is being interrupted by the audience for reasons that don’t make much sense on paper, but there’s been some very funny moments when the audience get amped up and start sort of hijacking the show.

If people sit at the front, should they be scared? 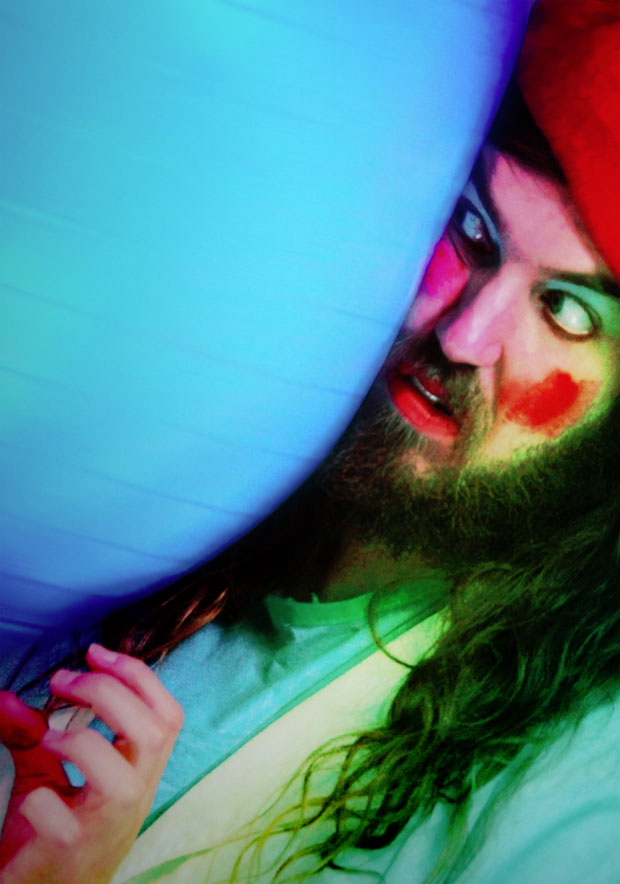 Growing up, which comedians inspired you?

So why did you decide to be a comedian?

I didn’t like wearing business shoes. All business shoes are uncomfortable and I’m this weird size in between 11 and 12 US, so they never fit. I looked through a long list of suitable jobs where business shoes weren’t mandatory. Doctors: Crocs. No thank-you. Mining Engineer: boots. Again, no, I wanted my ankles to be free. Professional Tennis Player: tennis shoes. No, these never look good. It then struck me that Seinfeld wore whatever comfortable shoes he saw fit, and that it had become an almost anti-fashion trademark. Yes, I thought, this is the career for me. I have 4 pairs of New Balance 574. They are eminently comfortable.

What’s the best part of being a comedian?

Please see above. Also though, making people/ laugh is a highly addictive pursuit. Having an entire room laugh wildly at something you said or did is a wonderful, powerful feeling. So that, and the shoes.

If you’re feeling a little flat on the day, how do you move?

Good question. I think feeling a little flat is probably a net positive for me. My shows tend to be so high energy and so crazy, that being a little flat and low energy at the beginning of the night actually suits me. Ultimately though, no one in the audience cares on iota if you’re feeling flat. It’s not their business, it’s not what they’ve paid to see you for and it’s not a comedian’s job to use the audience as a group therapy, as tempting as this is. The show must go on, so you just get on with it, and very much fake it until you make it, to use about 4 clichés for the price of 1. I’m reminded of something Bob Hope said to a young female performer (possibly Joan Rivers, though I forget exactly). They were performing to kids in a cancer ward, and Joan (for argument’s sake) upon seeing how sick some of these kids were, broke down into tears. Bob Hope drags her outside and gives her a right dressing down, telling her to suck it up, that these kids are already sick, they’re not here to see you cry, they’re hear to see you make them laugh, so pull yourself together and make them laugh. That is ultimately the comedian’s job. To make ‘em laugh. How we’re feeling, is unfortunately, but necessarily, entirely irrelevant.

What advice can you give new comedians?

Stay away from my house. Failing that, find your own unique, true voice. Even if you’re doing character comedy, sketch comedy, theatre etc. you have a better show when you’re being deeply honest. Also, keep working on your material/performance until it’s excellent. Aim to be the best comedian in the world. Don’t settle for mediocre bits or material, just keep pushing, pushing, pushing and don’t be scared to fail on stage. We must fail to find the truly good stuff.

What shows are you looking forward to see at the 2015 Melbourne International Comedy Festival?

I can’t admit to having looked at a guide just yet. However, I would recommend Dr. Brown, Pop Pop, Vanity Bites Back, Sam Simmons and also, I’d recommend taking a punt on a show or two you’ve never heard of. It might be rubbish. It might be the best thing you’ve ever seen.

We’ve also heard you’re a gamer Josh, what games are you currently playing?

As already mentioned, NBA2k15, which is unusual as I usually hate sports sims (I prefer NBA Hangtime/Jam in this regard), just finished Splinter Cell: Blacklist which I loved. Really looking forward to new MGS.

Goldeneye, because you got to be James Bond, and it was just so perfect in every way. The atmosphere, the legendary RCP-90, the music, the levels, the storyline, the graphics (at the time). Such a special, special game and the N64 will always hold a very special place in my heart.

Lastly, tell us a funny joke about Tony Abbott…

Well, I normally do an impression of Tony Abbott being on a boat in 1954 (he migrated from England) and drowning, but it won’t be funny in writing. Actually, that’s a little too harsh. Anyway, you get the idea.

Thanks again Josh and all the best for your new show!

To see Josh and his show this year, check out http://www.comedyfestival.com.au/2015/season/shows/catchy-show-title-dr-professor-neal-portenza-s and to follow him on Twitter, go to @nealportenza