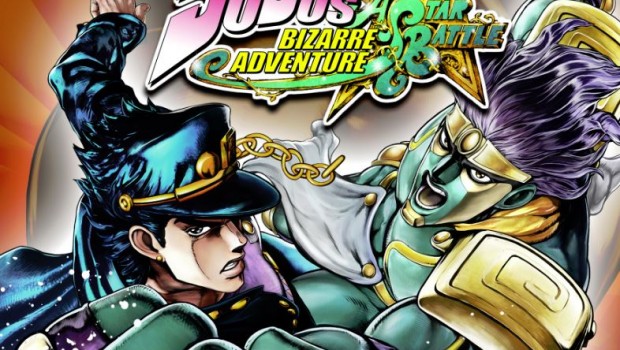 –Get ready for the most stylish fighting game ever made!-

Just like in the original piece of art, fans will be able to fight through 8 different Chapters in the Story Mode to discover the Joestar family’s fate; this long path will see generations getting shattered by the hatred of one single man: Dio Brando. On top of this faithful rendition of the manga, JOJO’S BIZARRE ADVENTURE: ALL-STAR BATTLE will be getting an exclusive Arcade Mode and all the balance changes that have been applied in the Japanese version post-launch! For the gamers looking forward to customising their character; a complete Customisation Mode is included to let their imagination get real. This Customisation part isn’t the only flamboyant showing that this game has to offer: the Campaign Mode will require all the players’ skills in order to succeed in the highly challenging missions! Last but not least, the item-hunters will be delighted to know that a Gallery Mode is also available in order to get new items thanks to the Gold Collected on the Campaign Mode and Arcade Mode!

As a fighting-game, players and fans from Asia (except Japan), Europe, Australia, North America and all over the world will be able to compete in the Online Mode and show their best combos and brawling mechanics!

“Bringing to life such a legendary licence is a great honour for us at BANDAI NAMCO Games! We’ve been listening to our fans’ voices: the game is finally available in Europe and Australasia with extra content!” said Herve Hoerdt, Vice President of IP Strategy, Marketing & PR at BANDAI NAMCO Games Europe. “A renowned license requires an expert studio to be working on it: teaming-up with CyberConnect 2 appeared to us as the easiest choice ever in order to ensure an AAA quality for this flashy game. Get ready to be the most stylish fighter in the world!”

The demo for this amazing game is still available on the PlayStation®Network! Download it and try the new Arcade Mode!