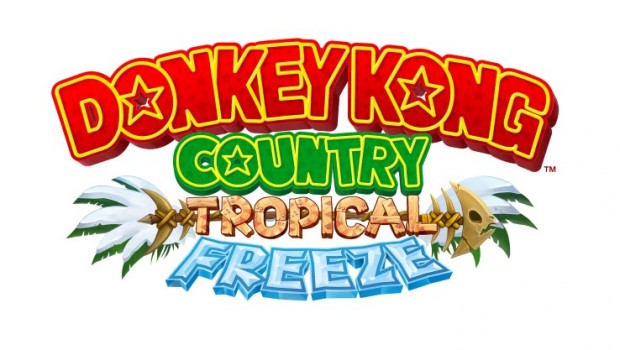 JOIN THE KONGS ON A BRAND NEW HD ADVENTURE IN DONKEY KONG COUNTRY: TROPICAL FREEZE ON Wii U

7th February 2014 – Donkey Kong and his D.K. Crew are back for another wild platform adventure in Donkey Kong Country: Tropical Freeze, launching exclusively on Wii U on 22nd February 2014. This frosty jungle caper features colourful HD graphics bringing vibrant detail both to the big ape’s fur as well as the lush, dynamic scenery, paired with a chest-thumping soundtrack composed by the celebrated David Wise. 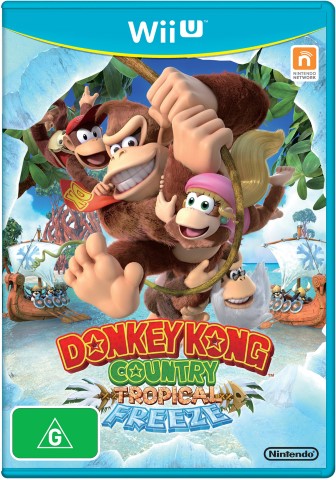 This time around, the Kongs have their island home invaded by the Snowmads: new cold-hearted foes who arrive on longships and, with a toot of a magical horn, turn the tropical paradise into their frozen fortress. To make matters worse, when the arctic cyclone sweeps over DonkeyKongIsland, the Kongs are blown far away and must begin an epic journey spanning six differently-themed islands, to reclaim their banana hoard and thaw out their home. On each island, a multitude of fierce and frantic levels await that throw Rambi rides, underwater antics, epic boss battles and secret exits across your path. On many occasions, the new dynamic camera twists the action in a way never seen before, lending a more cinematic point of view to frenzies of Barrel Cannon blasts and Mine Carts careering off the rails. 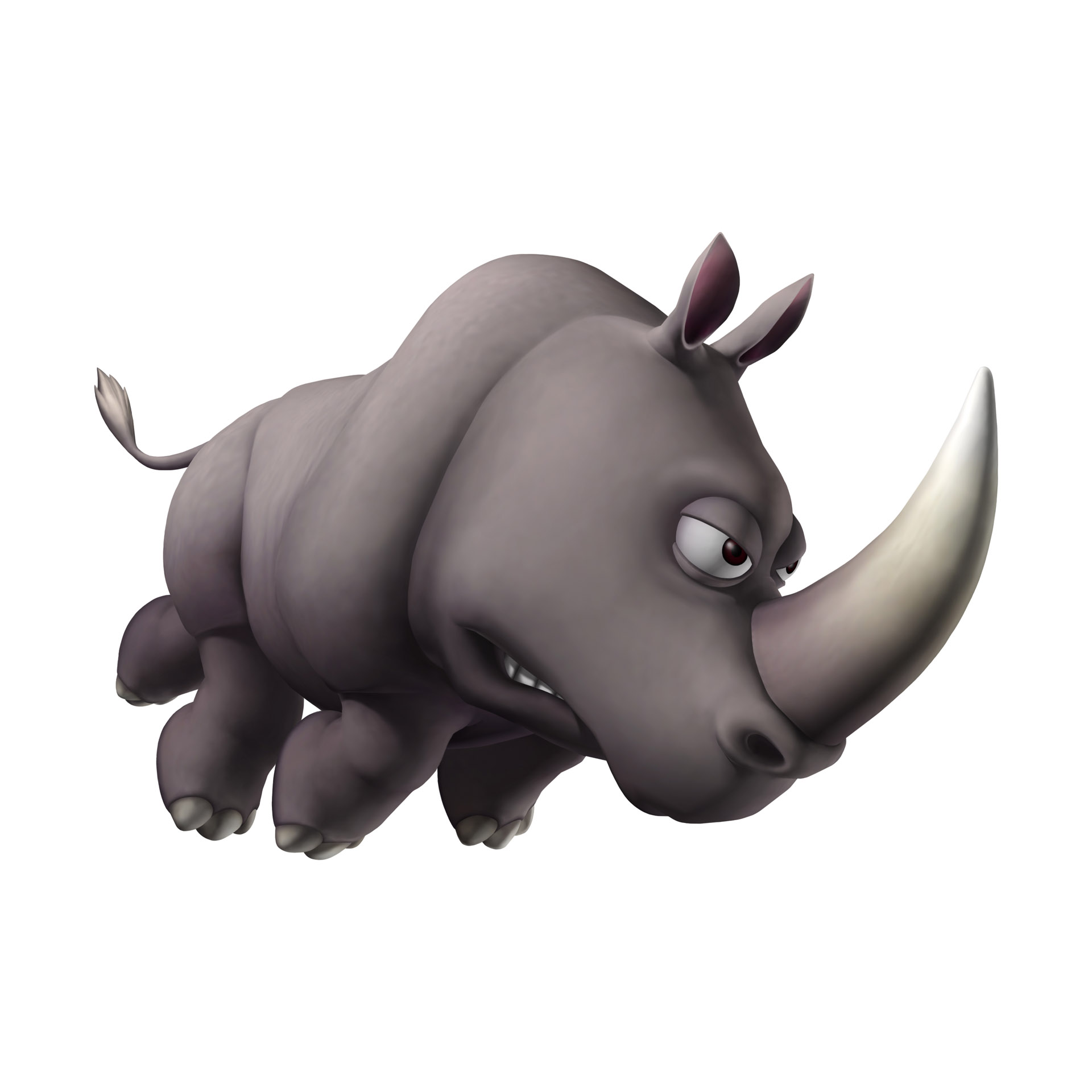 In good Donkey Kong Country series tradition, DK can team up with a buddy on his back to gain extra abilities – and this time, there’s no less than three to choose from! The ever dependable Diddy Kong returns armed with his Peanut Popgun and Barrel Jet move to hover over deadly gaps. Also returning to the series is Dixie Kong with her Gumball Popgun, who whips up her blonde locks in the Helicopter Spin move to gain extra air in jumps. For the first time ever in the series, Cranky Kong joins the playable cast of characters. Armed with his trusty walking stick, he can help Donkey Kong traverse spikey terrain using the Cane Bounce move. When playing solo, seek out the most suitable buddy to discover the game’s many secrets – or team up with a friend who can take control of a sidekick of choice. 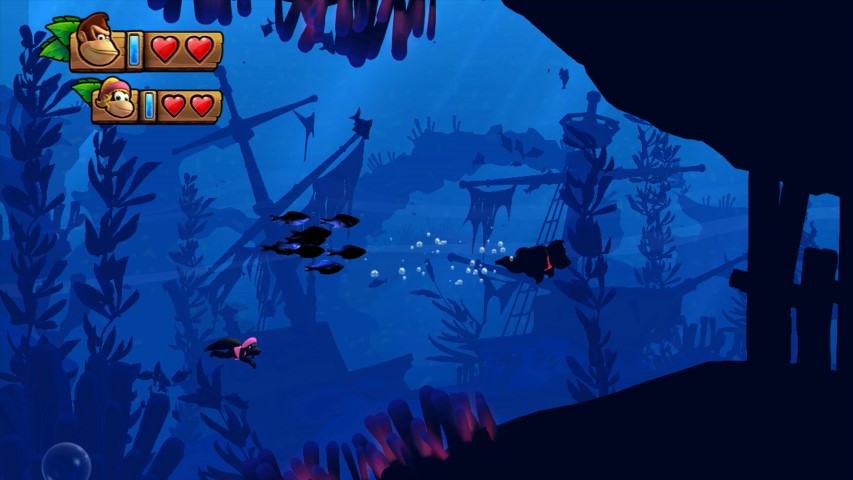 What’s more, each partnership offers a new combined attack called the Kong POW: collect 100 bananas to obliterate all on-screen enemies and turn them into useful items. What kind of items? That depends on your partner! For instance with Cranky Kong, all enemies turn into valuable Banana Coins which can be used in the shop that Funky Kong is running. Pop into Funky’s Fly ‘n’ Buy to purchase a range of helpful items to aid in the adventure, such as new Crash Guards that protect you from damage when in a Mine Cart, or enjoy collecting figures from the brand new Capsule Toy Machine. 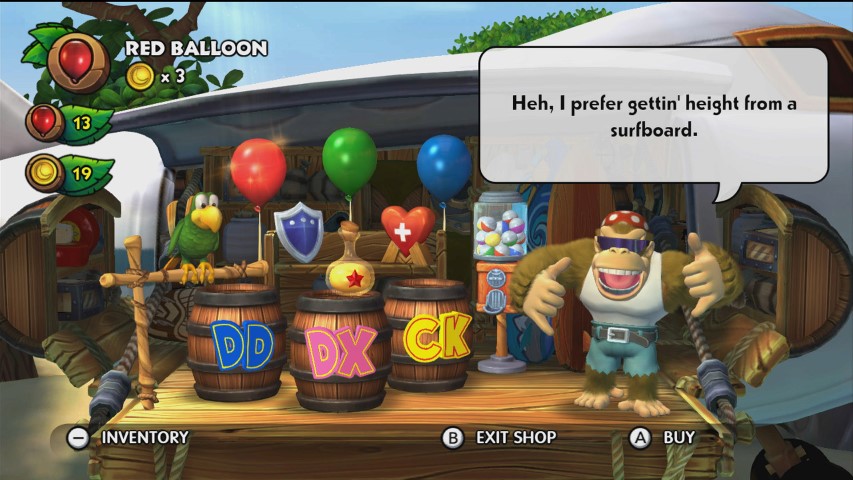 Your mad ape skills won’t go unnoticed if you feel like showing off, as the brand new Time Attack mode offers expert players worldwide online Leaderboards, with the possibility to share replays of your platform-hopping performances with other players. Learn tricks that could make you the fastest in the world and climb up those Leaderboards! Also, if you’re skilled enough, you may be able to unlock Hard Mode, where you are limited to one Kong only and have only one heart to make it through each level. 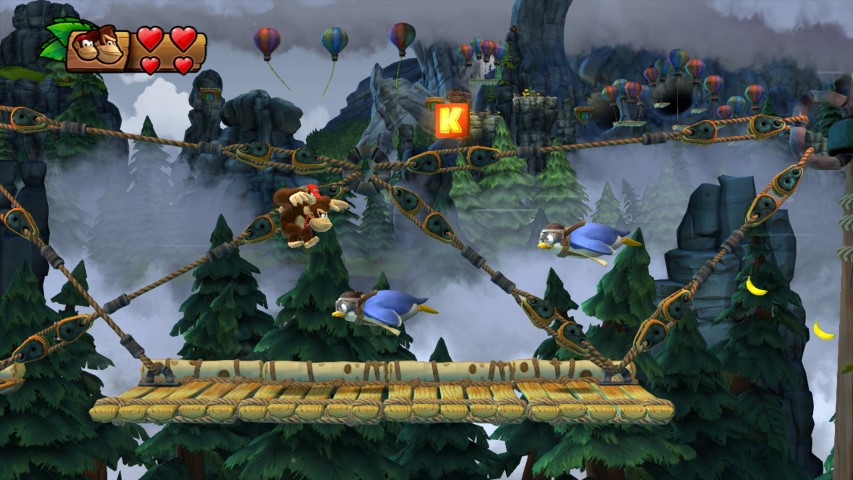 Team up with the Kongs in HD and use your platform-hopping skills to thaw out their tropical paradise, as Donkey Kong Country: Tropical Freeze swings onto Wii U exclusively on 22nd February 2014, available as a download from Nintendo eShop, or at retail as a packaged version. 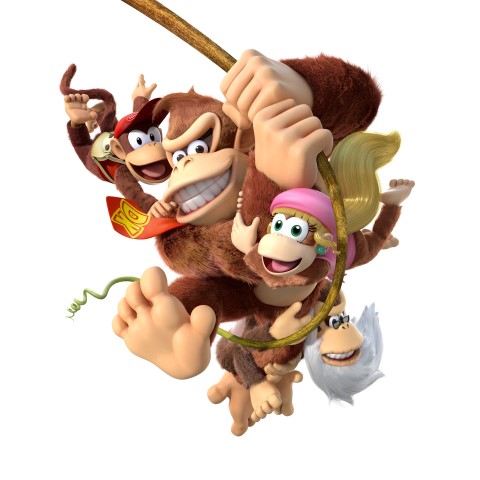