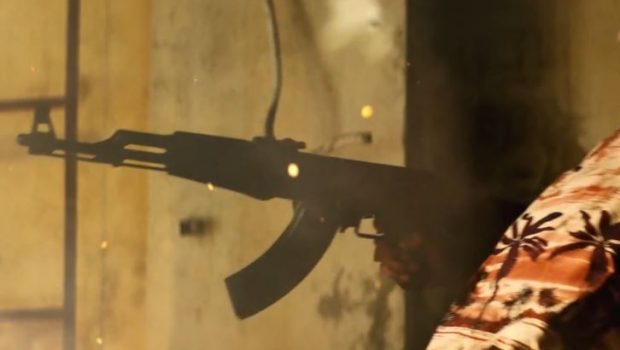 SYDNEY, AUSTRALIA — February 24, 2017 — Ubisoft has announced the release of the TV Spot for Tom Clancy’s Ghost Recon Wildlands, entitled “Ruthless”. This action-packed piece has been directed by the legendary John McTiernan (Die Hard, Predator) and depicts the Ghosts’ first mission in Bolivia, where they will try to take down the Santa Blanca cartel.

“Ruthless” is the story of those who we do not see, the invisible but determined hands that will execute Justice. Justice with blood and bullets. The video shows the Santa Blanca cartel exactions as the organization is slowly extending its grip on Bolivia and its people to make it become a narco-state. But now, they are no longer alone. Fear will fill the souls of the corrupted because they are coming. The Ghosts are coming.

This TV Spot is not the first work of John McTiernan for Tom Clancy’s Ghost Recon Wildlands, as he had also directed the unique Red Dot live trailer, released earlier this year and which revealed an interesting relationship between a red dot, a cat and… Cartel members. Both pieces are complementary, showing different perspectives of the same conflict. While Red Dot shows the merciless efficiency of the Ghosts, Ruthless shows the cruelty of the Cartel.

Additionally, players can start to recon the Cartel today as the Tom Clancy’s Ghost Recon Wildlands Open Beta is now live on current-gen consoles and PC until February 27, 2017. This Open Beta introduces players to two provinces among the 21 of the game: Itacua, flourishing and mountainous and the landing province of the game, where the grip of the cartel is looser, ideal to perfect your sniping skills and get introduced to the Wildlands. Montuyoc, set in the snowy Altiplano and the second province available in this Open Beta, is much more challenging as it hosts Santa Blanca elite training centers.