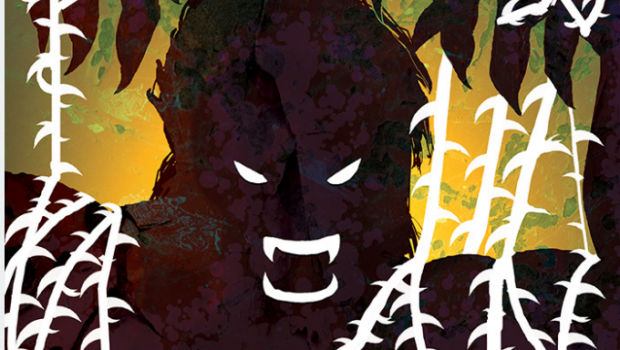 A CHAT WITH THE PACK LEADER – JOHN DUDLEY INTERVIEW

John Dudley, writer of the genre mashing graphic novel, Packs of the Lowcountry, recently had a chat with Impulse Gamer about his inspiration for the story, his creative process and what readers can expect from the Kickstarter that will be launching November 1st.

As a genre mashup, with elements of horror, adventure, sci-fi and even super-heroics all on display, this is a tough question. There were so many inspirations. But I can think of two big ones:

One primary inspiration was the real lowcountry, which is a coastal region of South Carolina where I lived every summer while living the rest of the year in Bangkok, Thailand. The lowcountry is a fascinating region. It’s well worth checking out via Google Earth to best understand this unique tidewater setting. But basically, people live on thousands of de-facto islands that rise just above the swampy marshlands. On these islands, massive live oak trees drip with moss and thick jungle-like growth. For my money, it’s the most beautiful place on earth. It’s just that it also happens to be ripe territory for werewolves and other monsters.

I didn’t have any friends to speak of during those long summers spent in the lowcountry. So I suppose I really dove into my already overactive imagination more than a little.

The second major inspiration, in terms of how Don and I made this story a true collaboration, was our mutual love for comics first and foremost. But also 80s action-horror movies. Aliens, Predator, The Thing and Monster Squad are core examples of what I mean by this genre. The way those stories (particularly the first two examples) managed to establish setting first, then build slow and accelerate exponentially were a huge inspiration for the pace and tone of Packs.

A more modern inspiration for Don was Pacific Rim. But this comparison is more in terms of the incredible energy Don brings to the action. Fortunately, Don can layout a scene like nobody’s business. So we really enjoyed taking a more measured and deliberate storytelling approach to try and build our setting as a true primary character. I don’t think that action-heavy comics accomplish that often. But ‘setting as character’ was a crucial goal for us.

We hope you’ll appreciate and buy into the dominoes we set up. Because rest assured, we knock ’em all down in this one volume. 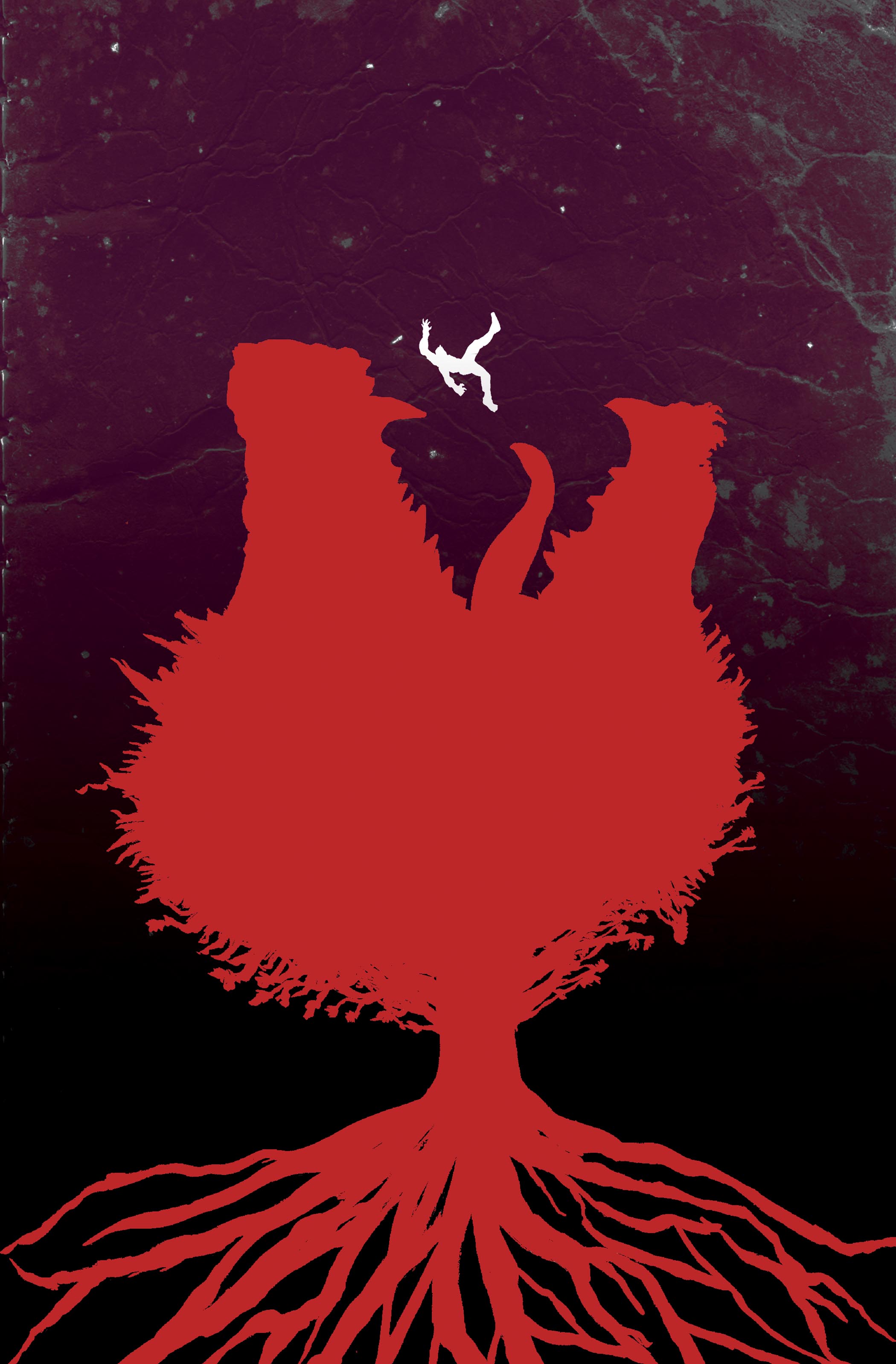 For those who are hearing about Packs of the Low Country for the first time, can you give a brief summary of the story and introduce the key players?

‘PACKS’ takes place 16 years after the world was overrun by nightmarish creatures. Only one fortified city is known to be free of the Invaders. But now there is a rumor of a 2nd city in South Carolina’s lowcountry.

This rumor sends a team deep into enemy territory. This crew of investigators is tired of running from their demons. But there is more to fear from this mission than they realize.

Basically, we join them in a story about taking confident steps forward despite living in a monstrous world that encourages anything but assurances.

Our story begins with Bastion Conroy, who has spent the 16 years since the invasion living safely within the ‘Free Lands’. But he isn’t content. Unlike so many others who covet the protective walls, Bastion actively resents them. So he accepts the mission to investigate the rumored 2nd city in the lowcountry.

Because it’s the questions ‘Bass’ didn’t even think to ask that catch up to him. Like, why didn’t anyone tell him about ‘Hel’? She’s mysterious soldier joining him on his mission and is some sort of super-soldier–like, she has legit superpowers. This surprises Bass just as it surprises the reader, he didn’t have a clue that such people existed in his world.

This is just one of many ways that the reader and Bass both jump into this story-in-motion. In fact, Bass literally jumps out a of a plane and into lowcountry to begin our tale.

The mystery of the 2nd city cuts far deeper than Bass could have imagined. The reader jumps right into this mystery along with him. And, I stress again, that all answers are found within these six chapters. 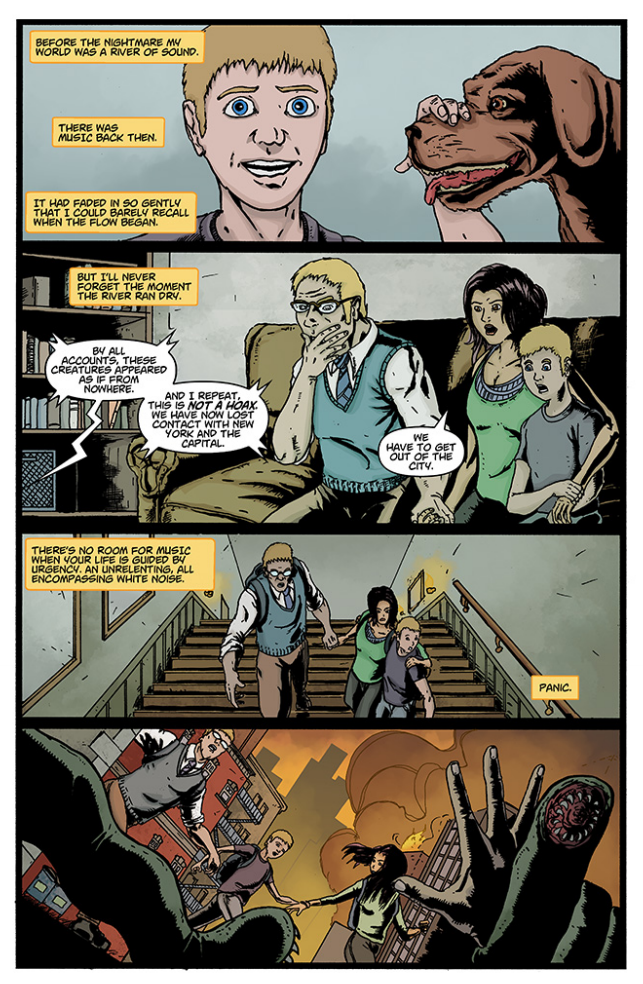 This has been quite a momentous project for you both, with it taking four years to begin and complete chapters one to six. Did you encounter any challenges throughout this process?

If Don and I knew that we were embarking on a four year journey, I’m not sure we would have taken our first steps!

But holy cow am I thankful that we did. In no small measure, for me, the story itself reflects its journey of creation. I’ll always view it through the lens of growing confidence as a creator. In that sense, we were lucky to have laid out a story that (I hope) a great many readers could read as a heightened reality of their own daily or even mundane struggles with confidence.

I mean, it’s thrilling to slay metaphorical demons. Right? As a creator it sure was.

Completing this project has felt like taking down a freakin’ dragon. Though I didn’t always feel like we were winning the fight, the completed hardcover of this book will serve as the dragon’s mounted head over my fireplace.

Is this the first time you and Don have collaborated together?

Yep. The first time Don and I met was to discuss this project. I had a full script for issue #1 on hand to pitch. As it happens, Don had his own series in mind featuring a wolf-man lead character; and his own tale had few additional similarities to Packs. This all made our would-be collaboration almost feel *too *serendipitous.

In the years since, Don has contributed countless story ideas on top of taking charge of the visual storytelling. I rarely if ever have disagreed with his ideas. We’re kind of shockingly like minded on the scope and direction of this particular story. Packs is a co-creation in the truest sense of the word.

Are there any plans for this to become an ongoing series?

By the end of these six chapters, we ‘blow up our death star’, so to speak. It’s a complete story.

That said, there’s a major thread we left dangling that is (hopefully) hidden just cleverly enough so as not to be noticed outright. 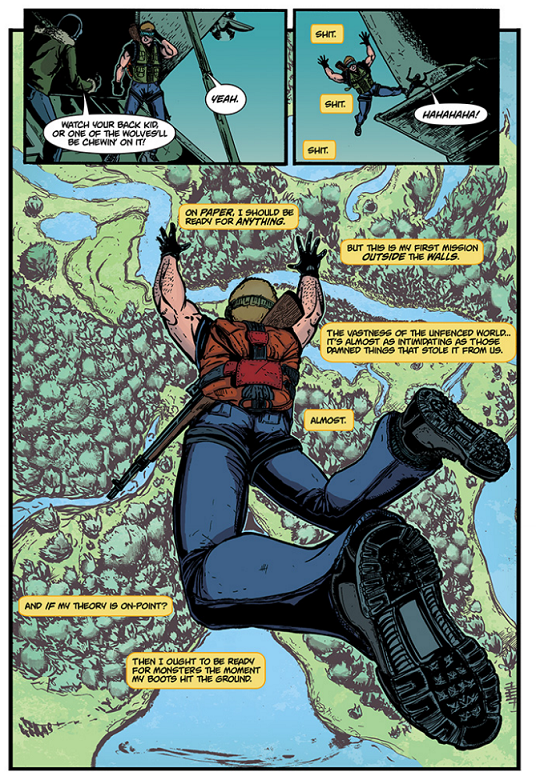 Can you tell us a little bit about the creative process?

Packs was always intended to be a canvas for a world where anything was possible. Setting outright into a world were dozens or hundreds of different species of monsters flooded into the world opened countless storytelling doors. That was a great starting point. I also intentionally wanted our lead character literally jumping into that world (in our case, by jumping out of an airplane).

This was my starting point.

From there, I did quite a bit of discovery prose writing, just to see where the story took me. The wolves were always going to be the lowcountry’s species of monster. But what were they? Where did they come from? Who was this guy jumping into the lowcountry? And why the hell did he jump into wolf country?

And who the heck are these mysterious super-powered folks who fight the monsters?

In answering these questions, I was able to assemble the broad pieces. So from there, I scraped every last word of that prose writing and began my 2nd draft. This was in the form of a rough layout for the comic.

This was in 2013. It was the first full comic script I’d ever written. But sometimes you just gotta jump into the sea of monsters, yeah?

The final chapter of this volume was completed in 2017. I like to think that the book charts our own growing confidence with the medium.

You have some other creators coming onboard, who are designing pin ups for the graphic novel. Can you reveal any details about this? 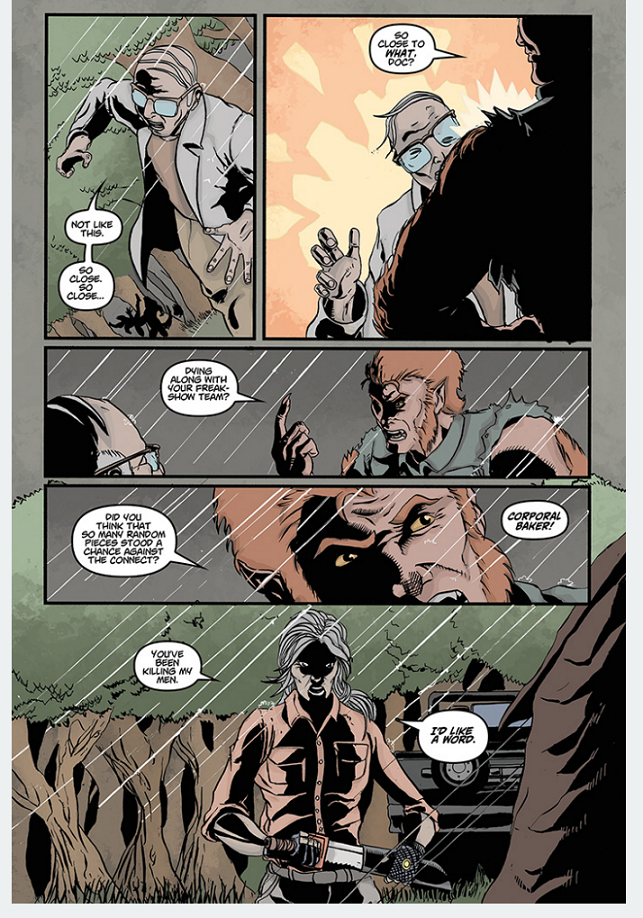