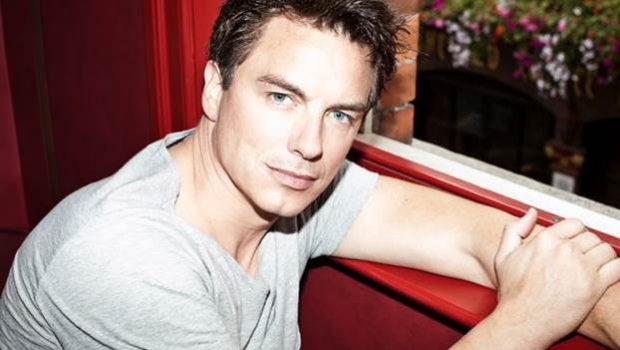 From West End leading man to time-travelling hero, John Barrowman MBE is the epitome of entertainment. Exclusive to Arts Centre Melbourne, on Tuesday January 16, 2018, John Barrowman will make his Australian debut with an intimate performance of songs and stories at Hamer Hall.

In his first Australian concert, John Barrowman, accompanied by a live band, will perform a repertoire that ranges from Sting to Sondheim, Cole Porter to Barry Manilow and Big Band to Motown, with a few surprises in between. John will also share stories and anecdotes from his life and career that are both humorous and heart-warming.

John Barrowman’s first performance was at his parents’ parties in Scotland when he was a wee boy. He has been entertaining audiences on stage and screen ever since. Famous for his portrayal as the charming Captain Jack Harkness in BBC’s Doctor Who, John’s character was so popular he was given his own hugely successful spin-off series, Torchwood. John also starred as Malcolm Merlyn in five seasons of Arrow.

On the stage, John’s versatility is unrivalled. From ‘Anything Goes’, ‘The Phantom of the Opera’, ‘La Cage Aux Folles’, and ‘Miss Saigon’ on London’s West End, ‘Sunset Boulevard’ and ‘Putting it Together’ on Broadway to his sold out concert tours across the UK, John’s extraordinary showmanship and singular talents dazzle audiences. In 2014, he was awarded an MBE (Member of the Order of the British Empire) for services to entertainment and charity in the Queen’s Birthday Honours list.

John Barrowman says of his upcoming performance: “I am truly thrilled to be coming to Melbourne to sing and entertain my fan family down under. You will recognise my songs as I blend them with stories from moments and events through my life and career. If you don’t know John Barrowman, come along and I promise you a great night of entertainment.”

A unique talent and a true showman – this is a show not to be missed.