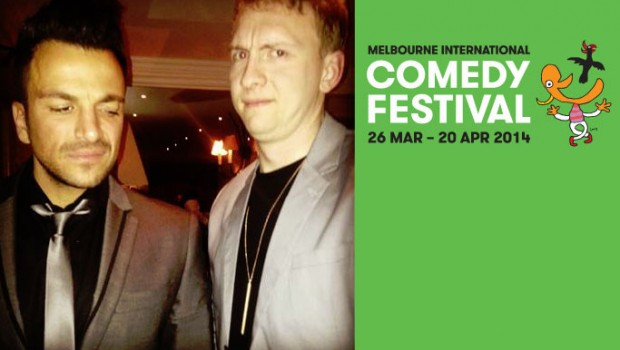 Welcome to Impulse Gamer Joe… your one stop shop for online entertainment!

I was walking along just living my life one day and suddenly found that my steps took me to the stage of the Comedy Store in Manchester, UK. I found that my steps were taking me frequently to stages and that my mouth wouldn’t stop telling jokes. It was this that told me I was a comedian.

Who inspires you as a comedian?

As a comedian, my entire inspiration is an insatiable lust for money. As a human being it is art and beauty and that sort of stuff.

What are you looking forward to most at the 2014 Melbourne Comedy Festival?

Getting some sunshine on my pallid, withered skin. And watching some really good comedy.

How would you describe your brand of comedy?

Speaking of “brand”, what do you think of Russell Brand?

Why does stand-up appeal to you?

Can you tell us a little about your act this year?

I think it’s something on a car or a wasp’s genitals.

Can you make a joke about that word?

Should people sitting in the front row be scared?

Not until the finale where I launch my firework cannon at the audience and laugh as they are all scolded by a miasmic fireball.

Thanks for your time Joe and all the best for Melbourne!

Check out Joe Lycett at http://www.comedyfestival.com.au/2014/season/shows/if-joe-lycett-then-you-should-ve-put-a-ring-on-it-joe-lycett