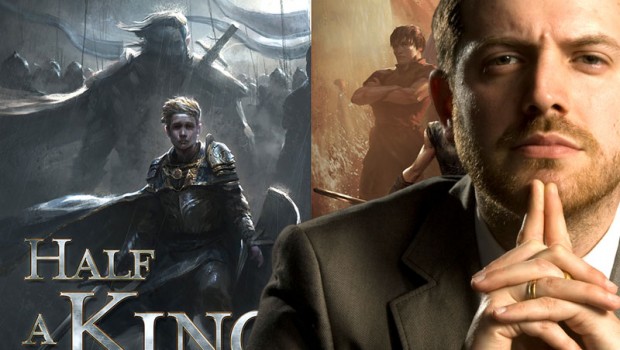 Welcome to Impulse Gamer Joe and Australia! You’re here to promote your new book Half the World which is book number two in the Shattered Sea Trilogy… so how’s the book tour so far?

It’s going good! I’ve done a couple of events in Sydney, one in Canberra and one in Melbourne which have all been great. The next one is the Perth’s Writer Festival which is tomorrow for three to four days.

So growing up Joe, what were some of the authors and genres that inspired you to become an author?

Other authors were David Eddings, Terry Brooks and these writers were huge back in those days and that’s what sort of got me started in fantasy. I was a big role playing gamer as well and played a lot of Dungeons & Dragons and was a big computer gamer in the day. So yeah, those kind of authors but also a whole range noir, western, general fiction and I then started to read a lot of history, military, non-fiction so I guess it’s a really big pool of stuff that I’ve tried to draw on and be as diverse as possible. 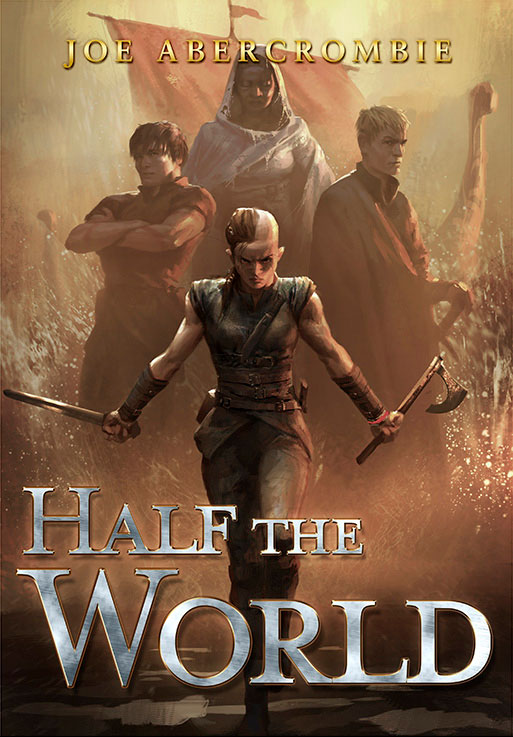 Recently, another little known author that you may have heard of called George R. R. Martin gave you a great stamp of approval for your latest book series, how did you react to this glowing commendation?

He has and I’ve known George for quite a while now and I first met him maybe seven or eight years ago. His Game of Thrones was a big influence on me when I first read it. Someone gave it to me in the 90’s when it first came out and I sort of wandered away from fantasy a few years before and they said you should give it a try. I looked at the book and thought I’ve seen this a thousand times before and obviously it was a very eye opening experience for reading the book at that time because it was really deeply shocking and surprising in quite a predictable genre up until that point.

So it showed me that you can do something dark, shocking, unpredictable, surprising, gritty and still be an epic fantasy. So it was a big inspiration to me as a writer so meeting him was quite important to me and also a huge buzz. So yeah, I’ve seen quite a lot of him since and he owns a local cinema in Santa Fe because it was going out of business and he thought he would keep it afloat. He puts on events with authors and interviews authors so I went over there last year and sat on stage chatting with him for a couple of hours. So over there he gets 20 or 30 people from the neighbourhood, whereas in San Deigo Comic Con he has like 700 or 800 people around him so the distinction between the two sites is quite amazing. 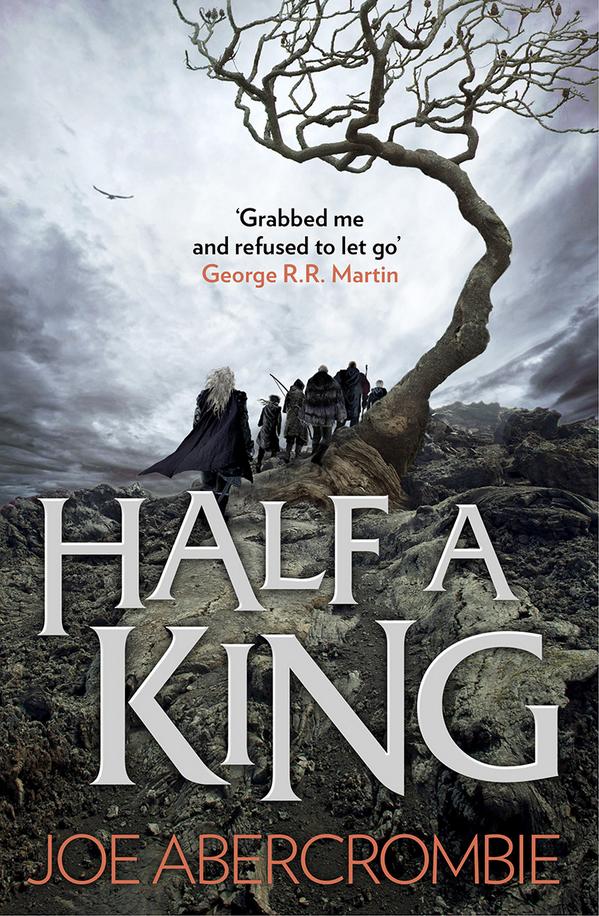 You mentioned that with George’s writing it can be quite dark and different than the mainstream fantasy genre and with your last two books in the Shattered Sea Trilogy, you’ve included some societal issues like the stigma of disability or how a woman fits into a patriarchal society. So the question is, do you feel that these real-world issues help break the sometimes clichéd fantasy genre?

I think so because you’re always writing for people in the real-world such as the western market for contemporary people. You want books to speak about contemporary issues and fantasy might be writing about the then in a sense but really, you’re talking to the people of the now. So I want to tackle a wide range of issues as possible and as I said before, fantasy has been quite shiny, heroic, morally simple, straight forward, predictable and I like characters that are a bit darker and stranger who are more flawed and anti-heroic than heroic.

These are people put into tough situations who have to find solutions, not necessary easy ones. I like characters who are fishes out of water. You know, there are a lot of people struggling with disabilities in the real-world, let alone in that kind of medieval Viking/Saxon style of world so I’ve always been fascinated by those characters who are a little bit unusual and disadvantaged in one way or another.

Given that the characters you write about are flawed in some way, how would you describe the Shattered Sea trilogy to those not familiar with your work?

It takes place in a Viking inspired world in which there is a High King ruling over some diverse and shattered lands due to wars and disagreements. The main character in the first book Yarvi is a guy who was born with malformed left hand so he can’t hold a shield properly. This means he can’t stand in the shield wall or really do the things expected from a man. So he’s forced to take a more circumspect role to use his head in this warrior society. It’s really about his attempts to be a cunning man in order to win with cunning opposed to brawn. That’s the way I put it. 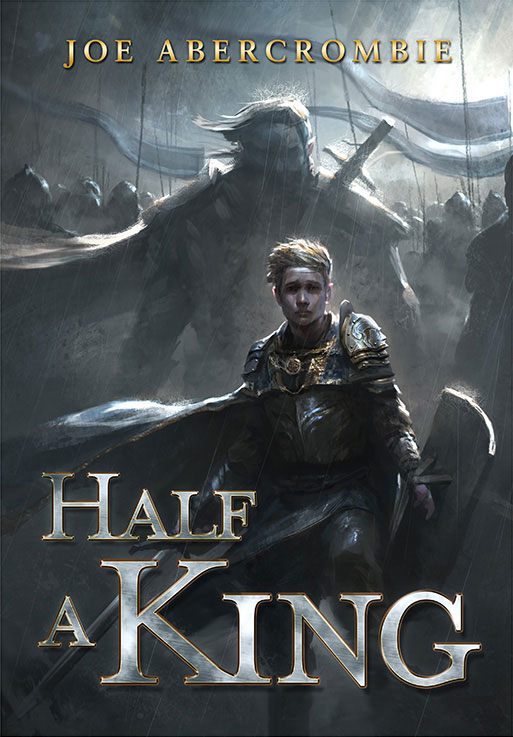 So in the first novel, you’ve got Yarvi as the protagonist but in second book you’ve gone to two new characters Thorn and Brand. Traditionally writers keep the same characters throughout a series, so what made you diversify from this format?

In part I was writing for the young adult market and that I needed to have the young adult protagonist between the 16 to 18 year range so I felt that between books, I could move time on a little bit and come back to the overall story a bit later. But by having some new protagonists that were that little bit younger, I could keep the protagonists at the same age and move time on. I also like the idea of being able to see from the outside a character that we’re very familiar with and get a feel of what he looks like from the outside and someone else’s perspective.

I suppose I just wanted to get a diverse range of characters there and in my other adult books, I’ve intended to add six points of view all interwoven to get some variety into the voice and tone. But these books are much faster paced, shorter and more focused. I started with one point of view but I felt that in their second book if I moved to a couple of other people, it would give me some of that variety and a different angle of the world and the culture without necessarily chopping it up too much between different people.

Given the diversity of the characters in the first and second novels, will you continue this theme in the third book with three new protagonists?

So the third book, Half a War which I’m finishing off right now has three protagonists again and a few that we’ve seen before in one time or another in the other books. So again, it moves on to three different people with a similar age range but with time moved on. We have a princess who is trying to reclaim her country as it’s been overrun in the war and again it’s the mind to overcome warriors. We’ve also got a child soldier whose been trained as a killer despite being young and he’s starting to have some doubts about the people he’s with. Lastly there’s a minister’s apprentice, a diplomat I suppose who is trying to decide whether to follow a life of power or a kind of easy going life of craftsmanship. So all three characters are caught up in this intensifying war.

What’s the release date for Half a War, book three of the Shattered Sea trilogy?

It should be July [2015] and the plan of these was to bring them all out within a year, so Half a King was out last July [2014], Half the World has just come out [Feb] and fingers crossed, July for the third book if I can bring the whole thing home in the next couple of weeks which I hope to do. 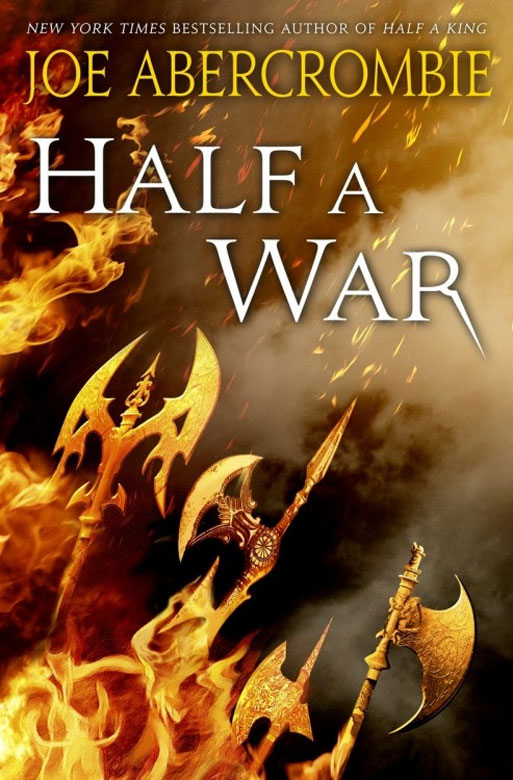 With your writing process, how do you plan ahead? Do you just scribble things down or do you have a structure or routine that you follow?

Yeah, I certainly try to plan quite carefully and in the past, I was really quite obsessive with my planning. These days I try to be more fluid and kind of find my way through something and let there be some surprises for me as well as the reader but it certainly pays to have a really good plan.

You can always abandon a plan for better ideas but if you don’t have a plan at all, you may find yourself wandering off into the long grass and not knowing what you’re doing. So I tend to start out with quite a detailed plan, usually writing with a fountain pen which I find that kind of works for me as it stimulates the ideas and once I have the plan, I’ll start to implement chapter by chapter… so yeah quite a pedantic planner actually.

For up and coming writers, what advice could you give them?

I’ve had two pieces of writing advice that I can come back to. Ones from my mum very early on who said be truthful and be honest. I think that’s always essential with everything you write. You need to ask yourself does the thing I’m describing really look this way or am I just reaching for an easy cliché. Would this person really do this or is it the way people really speak? You need to try and be as truthful and honest as you can. That’s the kind of thing that I really respond to with other people’s writing when they make an observation that really rings true to me.

The second piece of writing advice I had was from a sci-fi writer called Charlie Stross who said every day get dressed and I found that one stood me well. It’s easy not to bother with the getting dressed part when you’re a writer.

One last question Joe because I know writers love this question… but in the Shattered Sea Trilogy, who is your favourite character and why?

It’s a difficult one because it’s a bit like asking a plumber what’s there favourite tool in the tool kit. You need a spanner sometimes and sometimes a screw driver is what’s needed. It depends on what you’re after but I have a soft spot for Shadikshirram, the pirate captain slaver who takes Yarvi captive and is quite a vicious and unpleasant character. I do quite like a vicious and unpleasant female villain as I feel they work well. 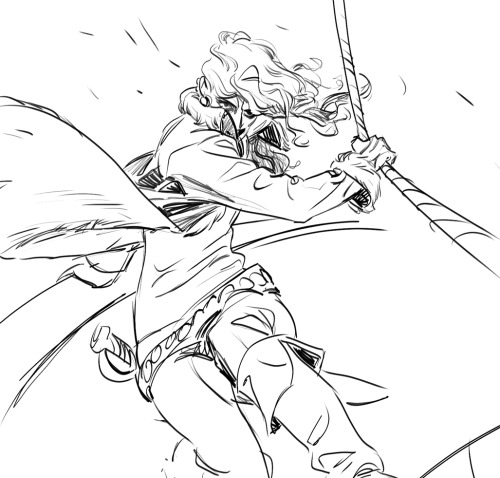 Thanks again Joe and all the best for the remainder of the tour and good luck in getting the final novel finished. 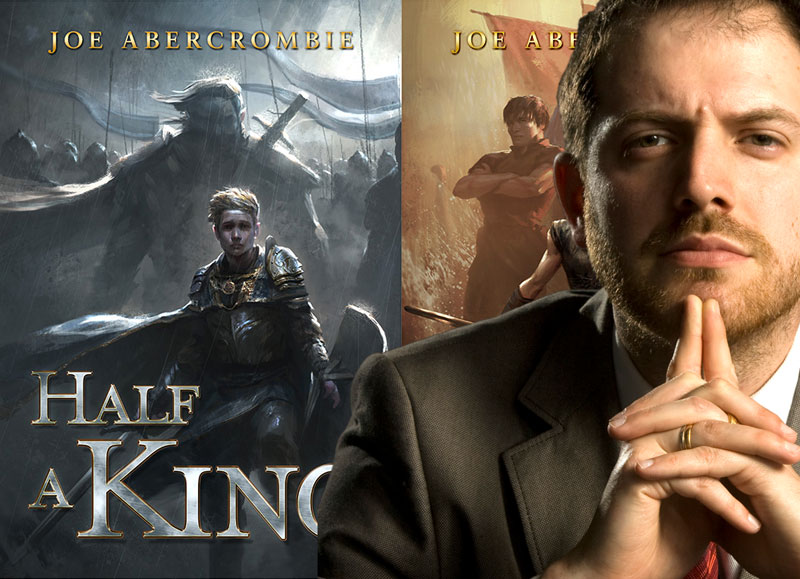