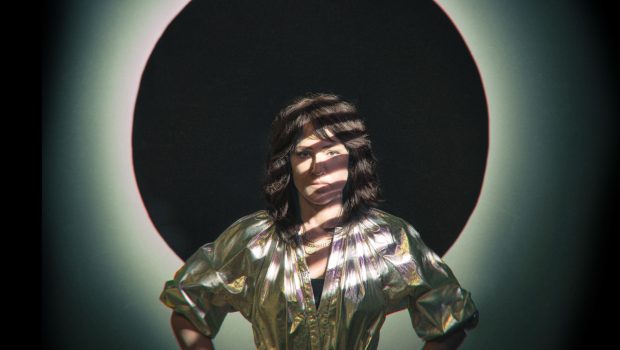 Joan Wasser aka JOAN AS POLICE WOMAN, lauded as ‘one of the 21st century’s best musicians’ returns to Australia in May & June 2022 in full band mode.

In 2020 as most of the world pressed ‘pause’, Joan was making and releasing new music. She wrote and recorded with Damon Albarn for the Gorillaz ‘Song Machine’ album, released her second album of covers and her first live album. This unique and supremely gifted musician also recently released a brand new studio album ‘The Solution Is Restless’, written and recorded with Dave Okumu of The Invisible and legendary drummer Tony Allen shortly before he sadly passed away.

Joan is currently assembling three phenomenal musicians for her Australian dates and will announce the line up shortly, together they will bring two huge sets of music to vivid life from across her stunning career, including songs off the new albums and reworked classics from her remarkable and extensive catalogue aka ‘Joanathology’.

Joan Wasser took centre stage as Joan as Police Woman in 2004 after years of in studio and live performances for the likes of Elton John, Lou Reed, Rufus Wainwright, Sheryl Crow and the Scissor Sisters.

‘Beauty is the new punk rock’ is the manifesto at the heart of Wasser’s critically acclaimed music and her unique blend of influences, from the classic soul of legends such as Al Green and Nina Simone, and experimental underground acts ranging from Sonic Youth to Bad Brains bring genuine, nuanced emotion to flawlessly crafted songwriting.

‘This is breathtakingly good music’ – Uncut