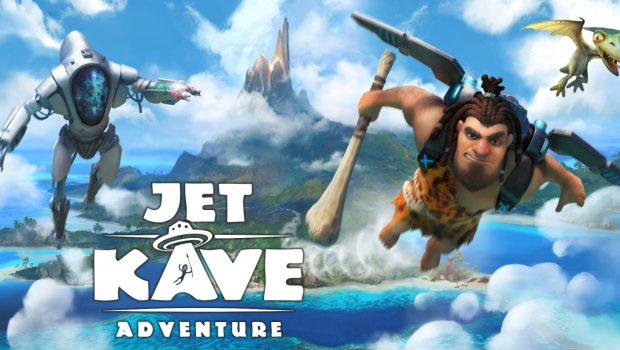 Summary: Jet Kave Adventure is a fast-paced, mechanics-heavy platformer with a great sense of style.

One of my favourite things about reviewing video games is picking up a new release that I’ve heard absolutely nothing about, then finding myself completely engrossed in it a few hours later. This week, I had one of these moments with Jet Kave Adventure. It won’t be topping any of the ‘best platformer’ lists any time soon, but it’s a fun platformer that offers something a little different in such a crowded genre. 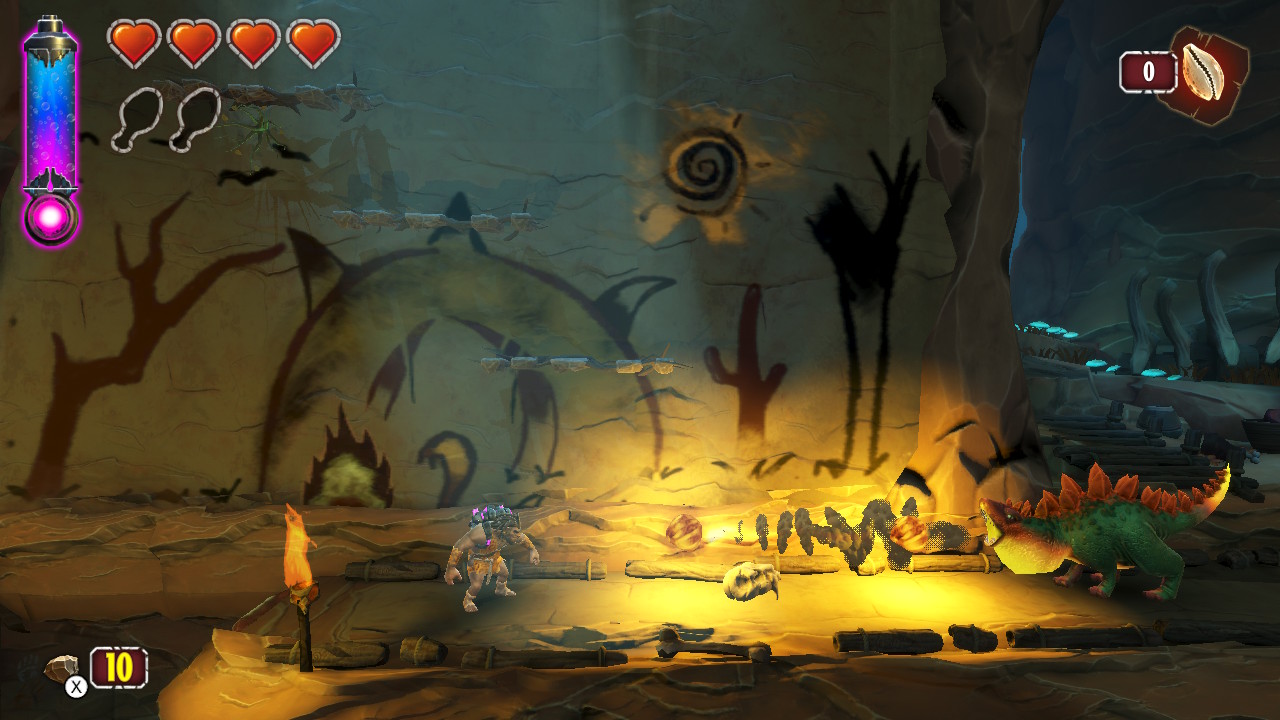 Jet Kave Adventure is a fast-paced 2D platformer that is at it’s best when it’s making you think quickly. The gameplay is bound to the 2D plane, so you’ll be running from left to right for the most part, but unlike most 2D platformers, Jet Kave Adventure provides you with an arsenal of tools that you’ll need to become familiar with if you want to overcome its many challenges. 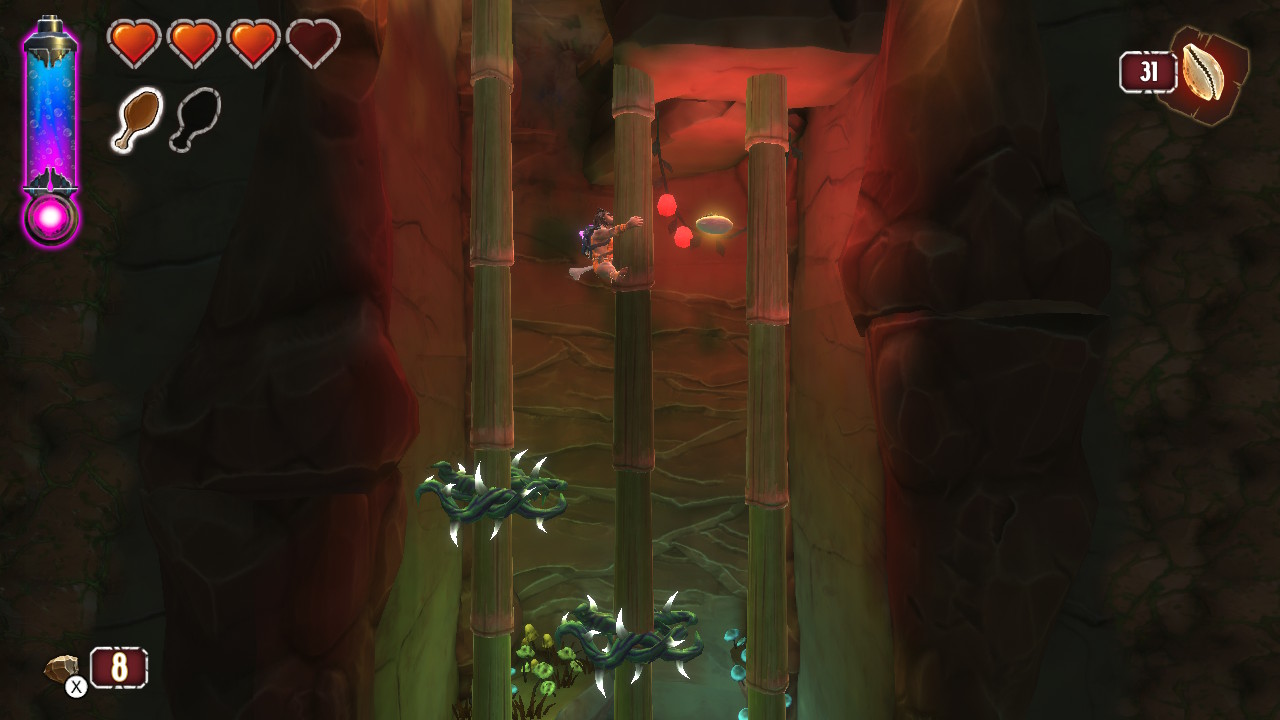 The game begins with our protagonist, tribal chief Kave, being exiled from his tribe of nomads and stumbling upon a crashed alien spacecraft. Kave recovers an advanced alien jet pack from the spacecraft and decides to use it to investigate the alien’s activity in order to regain favour with his ex-tribe members. The story is totally forgettable, but it’s presented rather nicely with a mix of voice-acted illustrations and in-game rendered cut scenes. It’s also an excellent excuse for the game’s strangely awesome aesthetic of ‘cavemen vs. dinosaurs vs. aliens’, which I really dig. 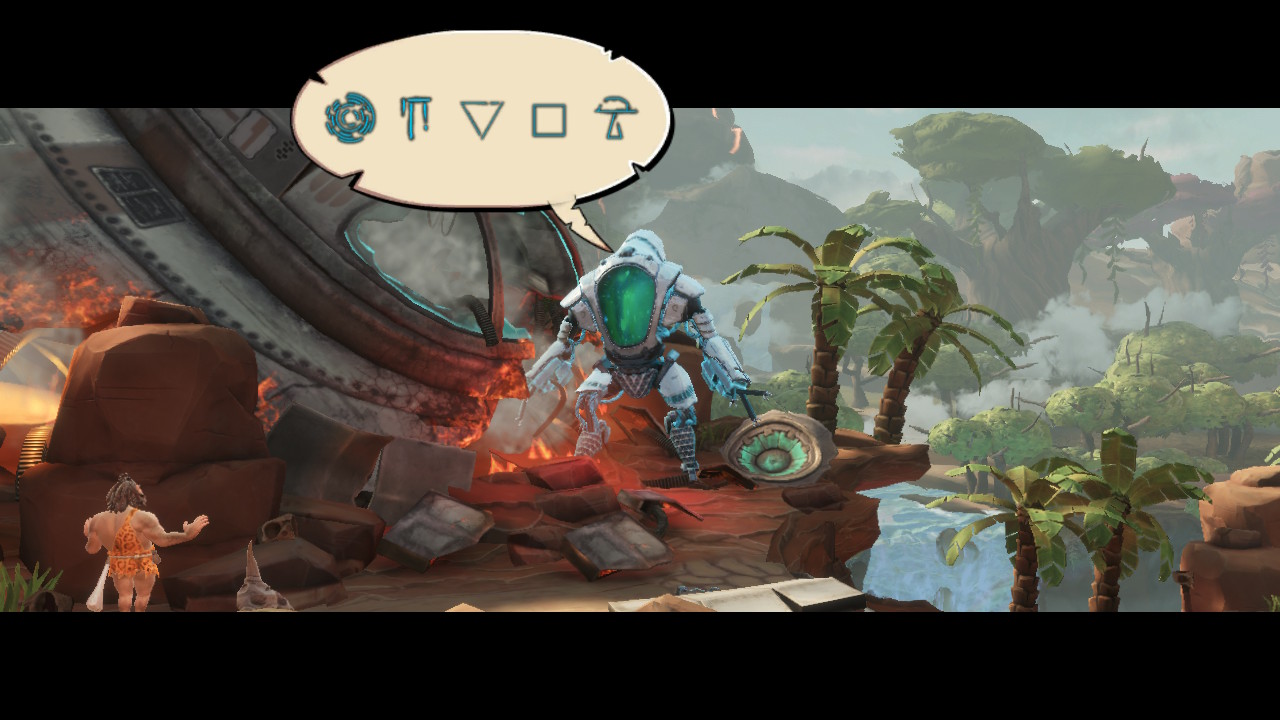 The aforementioned jetpack is an integral mechanic of your platforming toolbox in Jet Kave Adventure. You’ll be using it to span gaps with a hover jump or dash in any direction with a jetpack boost, both of which are limited by your fuel gauge. Alongside these jetpack mechanics, Kave has a melee attack, a ranged attack, he can slide, he can bounce off walls and he can even move heavy objects. All of these mechanics are acquired gradually over the course of the three hour adventure and all of them will need to be committed to muscle memory if you’re hoping to overcome the later levels or go for the time trial challenges available after you beat each level. 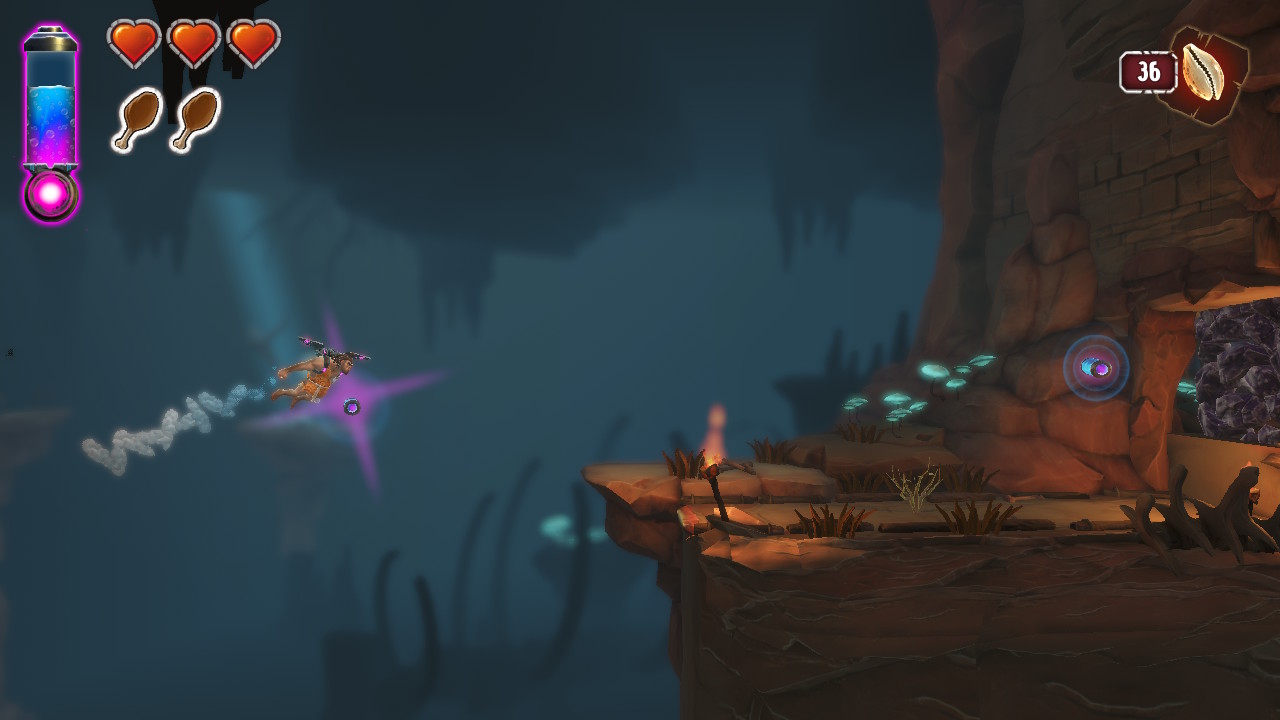 Precision platforming and avoiding enemies will fill the bulk of the challenge in Jet Kave Adventure, but there’s also an impressive degree of gameplay variety peppered throughout the traditional platforming levels. An early example of this is a fun, yet challenging paragliding section, or the various boss fights presented sporadically over the course of the game. These sections are reminiscent of similar moments presented in Donkey Kong Country: Tropical Freeze, and they work well to break up the platforming gameplay. 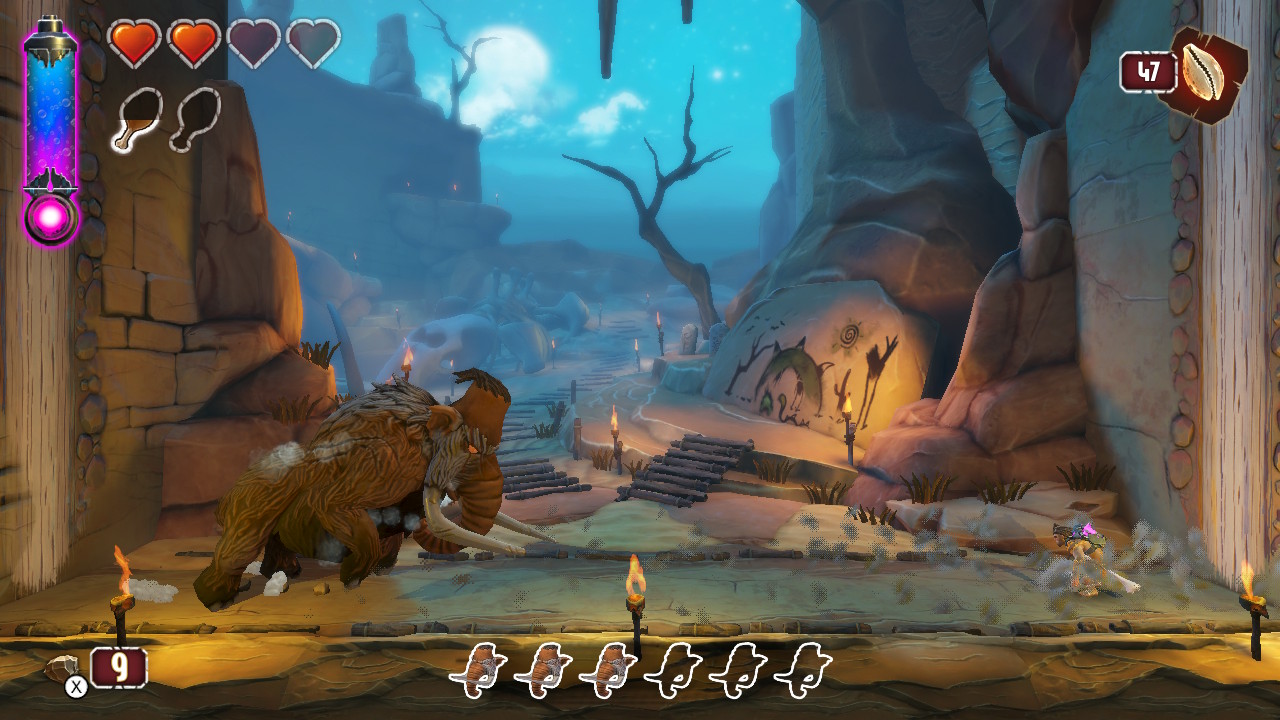 Also helping to keep the game feeling fresh and exciting with each new level is the variety of visual aesthetics in the level designs. Jet Kave Adventure uses detailed 3D models not only for its character and enemy designs, but the background features too. There’s a great sense of scale to the background designs in the levels and a nice variety to the visual motifs that make each level feel distinguished from the next. The varied soundtrack also adds to this effect with some fun audio flourishes used in certain gameplay sections to add that little something extra to the experience. 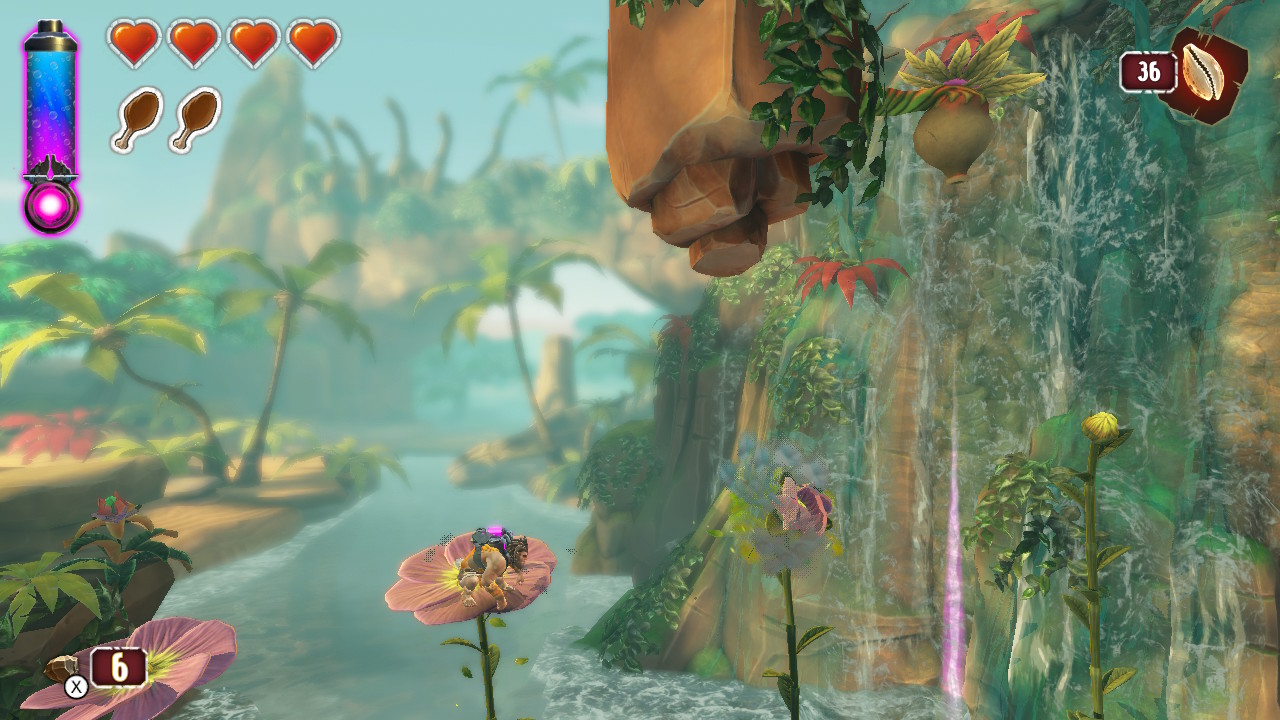 Unfortunately, there are a few standout issues with Jet Kave Adventure that need to be acknowledged. The first is the overbearing use of rumble that cannot be turned off. Every action in the game is accompanied by a corresponding rumble in the Joycon, which becomes very annoying, very quickly. The second issue is more gameplay related, but is nonetheless infuriating: the window of invincibility that is applied whenever you take damage is far too short. This leads to frustrating situations where you can lose three or more pips of health during a single boss attack if you make a slight mistake on your jump timings. However, both of these issues could be fixed with a patch and it would be great to see the developer continue to support the game by tweaking these issues. 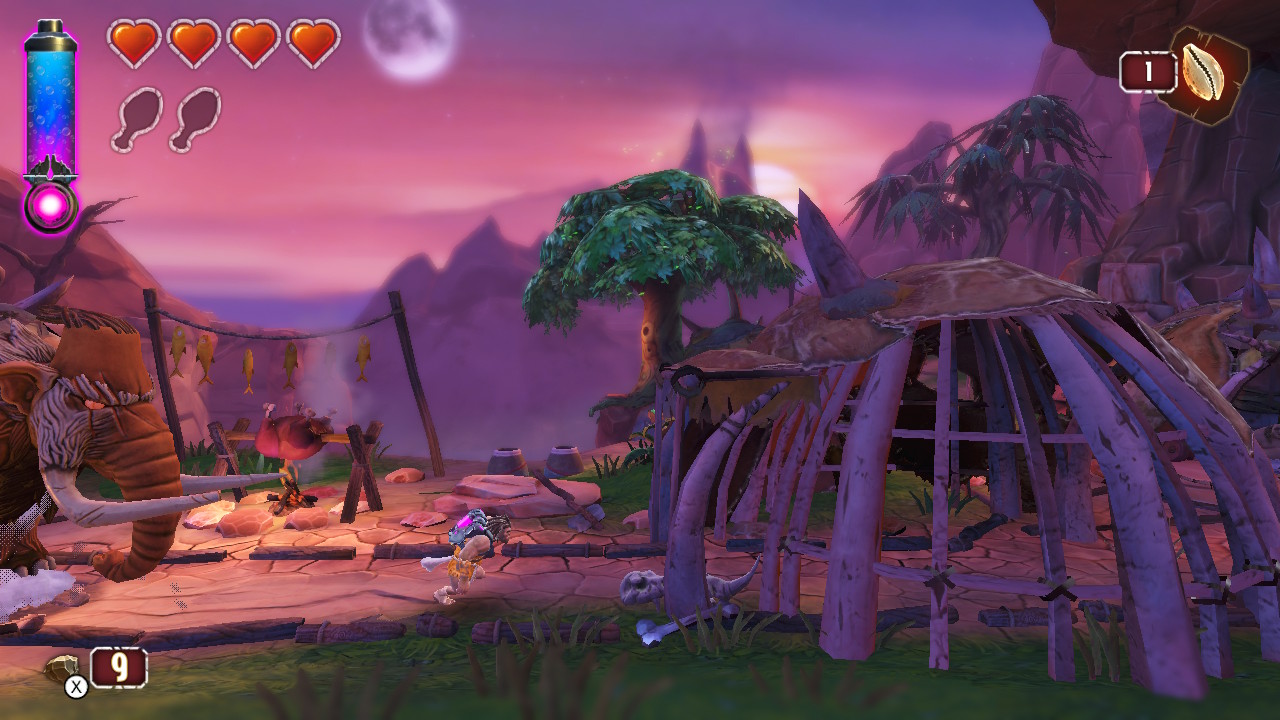 Another disappointing issue that is far less egregious is the complete lack of online features. Jet Kave Adventure features time trial modes for each level that are quite fun to attempt, yet rather inconsequential unless you’re simply looking to complete every challenge the game has to offer. If these time trials displayed an online leaderboard that allowed you to compare times with friends, there would be a huge incentive for replayability. Yet as it stands, there’s not much motivation for replaying levels unless you simply want to collect all the hidden trophies or grind out collectible sea shells to buy upgrades to Kave’s health or weapons. 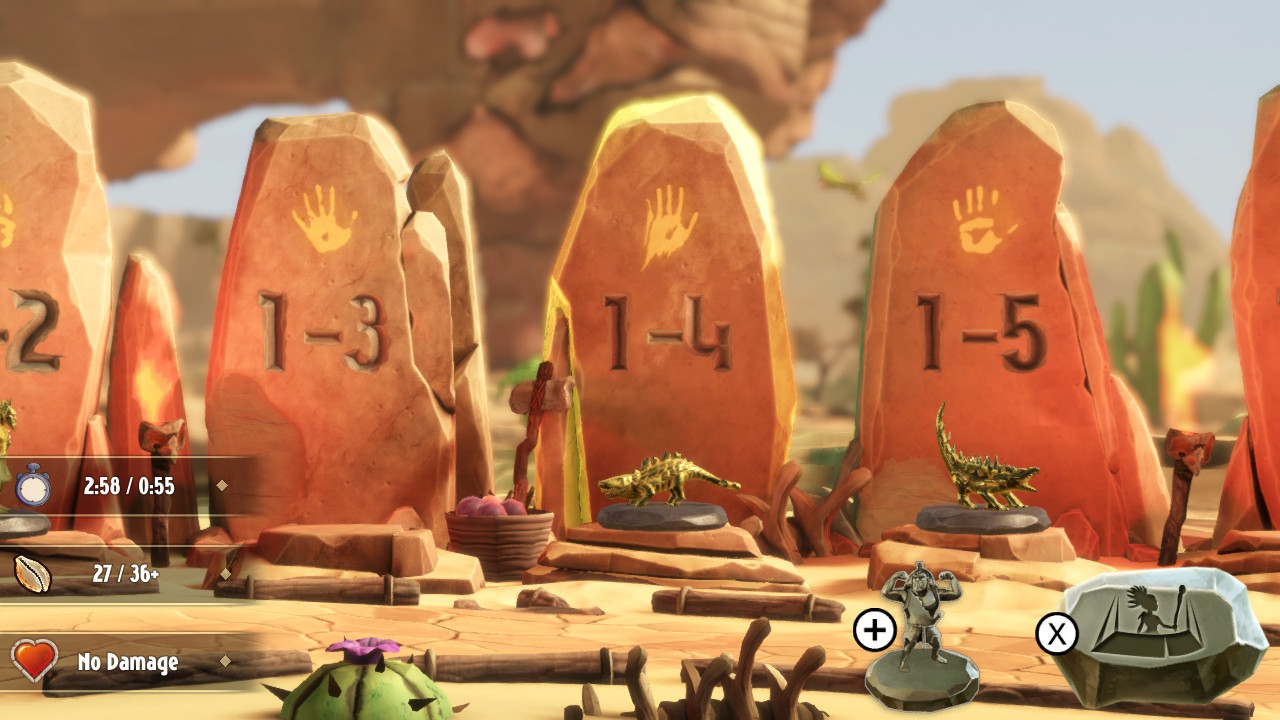 For a game that I had never heard of before last week, Jet Kave Adventure left a surprisingly good impression on me. Its fast-paced, mechanic-heavy style of reflex platforming is a refreshing take on a genre that the Switch certainly isn’t wanting for. The unique aesthetic of ‘caveman meets aliens’ is an absurd premise that is tremendously executed with the excellent visual stylings. The lack of online features and a few quality of life issues make the value proposition somewhat bitter, but everything else about the game is undeniably enjoyable. Pick this one up if you’re looking for a platforming challenge, or something lighthearted to casually pick up and play as the mood strikes. 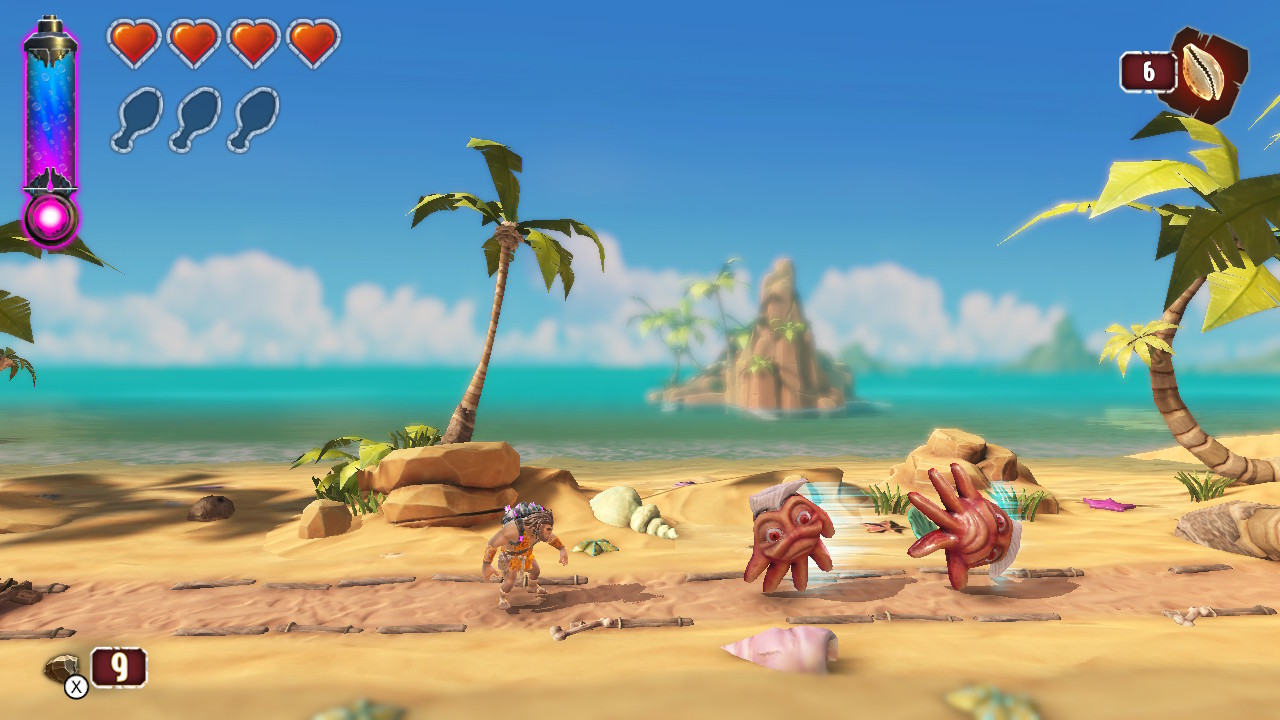 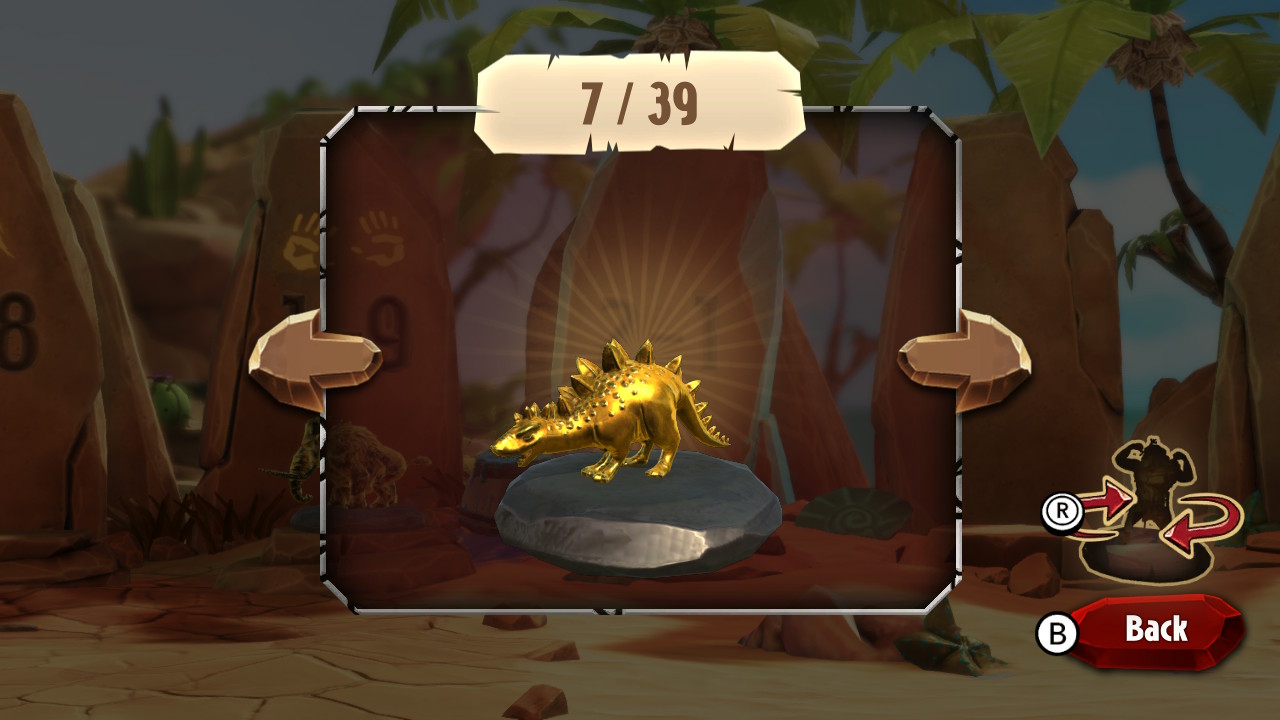