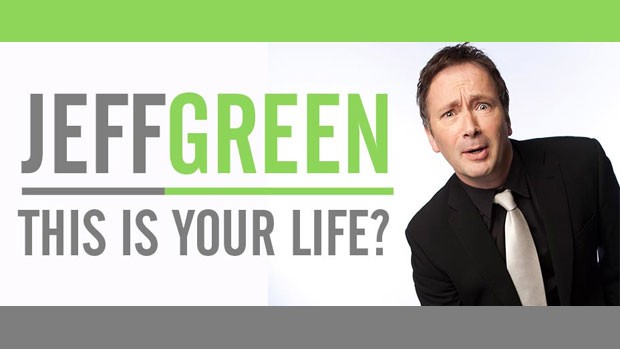 Jeff Green This is Your Life? Review (MICF 2016) admin
Score

Summary: Jeff Green This is Your Life? is filled with honest comedy goodness!

The extremely talented Jeff Green who we can now call a true “Aussie” has been living in Australia for around 8-years now and this witty UK comedian unleashes his show “This is Your Life” on the Melbourne Comedy Festival. Jeff’s latest show is about his life, being a comedian, his family and relocating to Australia which is a true reflection on his life but is filled with spirit, emotion and humour.

Currently playing at The Victoria Hotel (Supper Room) until 17 April 2016, Jeff immediately engages with the audience as he builds a rapport in order to make that comedic connection even stronger. In the show, Jeff touches upon a variety of topics from getting old, how his children have crap names, marriage tips and certain parts of his life that changed his path irrevocably.

Even though Jeff has been in the comedy scene for a number of years, he is still filled with passion and had the entire audience laughing at his stories such as the time he attempted to kill a rat in his kitchen which was actually a possum to finding an adult wombat inside his tent. Jeff adds that when women hit 40-years of age, their eye sight immediately goes which triggered the kitchen incident and that men age better than woman… much to the shock of the female audience. 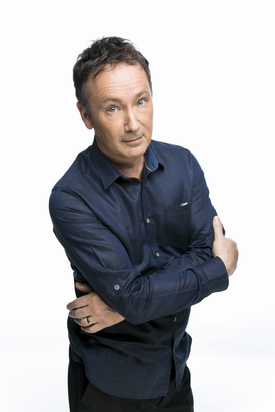 Of course Jeff knows that when men hit 40, things start to change with them such as hair loss, fingers being slid up their anus by medical staff or that males lose the ability to dance. That is, when they reach 40, men just shuffle on the dance floor which is a sign to fertile women to avoid these men and ensure they do not share their genes. Jeff also admits that he was once a 10 out 10 on his wife’s eyes, however as his listening skills have worsened over the years, it’s probably dropped a point, adding that it’s impossible for men to retain as much information as women.

Furthermore, our loveable UK Aussie comedian also adds that he landed in comedy when his girlfriend dumped him in his early 20’s and because he was so depressed, his friends took him to a comedy show. This immediately inspired him to become a comedian and after several alcoholic shots, he found the courage to sign-up for an open mic spot at 2am. From there, Jeff was living the dream (so to speak) and it also helped him meet his Australian wife with Jeff informing other UK comedians to never look into the eyes of an Aussie girl.

Jeff Green This is Your Life? is a delightful, amusing and enjoyable show at the 2016 Melbourne International Comedy Festival that we thoroughly enjoyed from start finish! Kudos Mr. Green for disclosing your amazing life to us that was bursting with comedy goodness!