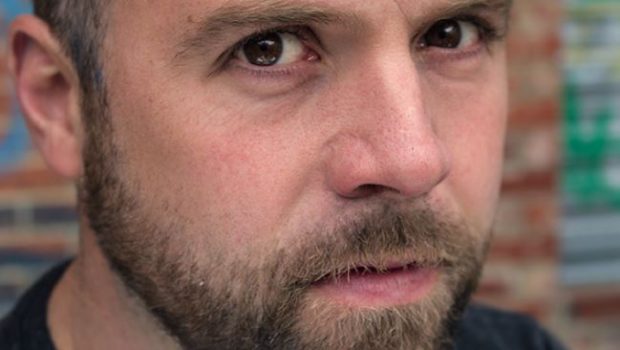 Can you tell us what ‘Man of the Year’ is about?

This is a political drama about the power of influence, the cyclical nature of violence and the inevitability of war. Many people have stood at the precipice of change and in that moment have said the exact right thing to tip the world on it’s head. In short they prove that the pen is mightier than the sword. So why, when faced with a threat, does mankind inevitably reach for the sword? Man of the Year takes a look at some of the people that have used their words to effect change and those great and pivotal moments in history. It also shines a light on the violence that often followers in their wake. A destructive wave that may be closer than the audience thinks. 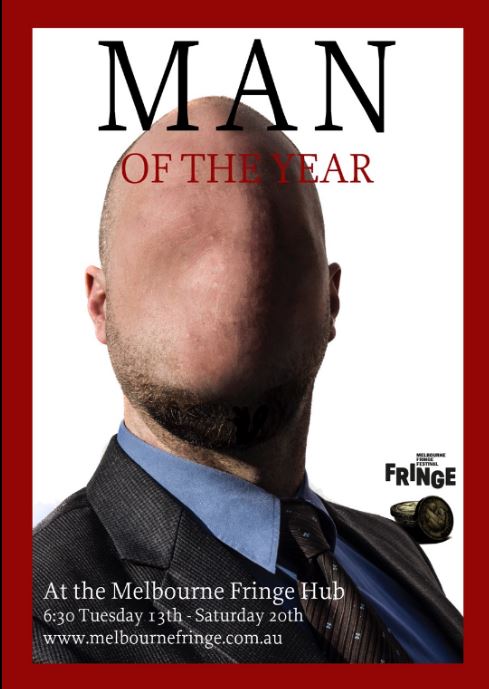 I was fascinated with the idea that Adolf Hitler was Time Magazines Man of the Year. Their justification for this decision was that he was the most influential person of that year, for better or worse. I just kept thinking about it, the yawning chamber of vileness and destruction that was contained in those four innocuous words; for better or worse. Is influence something to be admired irregardless of what that influence yields? How much of our history has been shaped around an individuals ability to deliver some powerful demagogy? I find myself personally hugely influenced by beautiful rhetoric, so I can recognise what a powerful weapon that can be, and I wanted to explore that idea a bit.

What was the biggest challenge in creating ‘Man of the Year’?

How to take this concept which is largely academic and turn it into a compelling piece of theatre, because at the end of the day that’s what this is… a piece of theatre. So it needs to have variations, light moments, dark moments, god willing some humour and even… you know… a story line! It’s not as easy as it sounds, even if it doesn’t sound easy at all.

It’s great to be throwing myself into a new project, it has been a while since I have created new work and I have never done a one man show before. It’s difficult and fraught and there are arguments/disagreements and this constant too and from about this and that, but at the end of the day there is that deep sense of satisfaction that anyone gets after they have worked hard and really pushed them self.

How do you think the general public will react to your show?


I think this production will be a completely life changing experience for all who watch, or people won’t care about it at all, or they’ll just be slightly bemused, or they’ll have a generally good time, feel like they’ve been given something to think about and go home a better person for having watched it. Or perhaps people will hate it so much they will be angered by it’s very existence. It’s a new work so it’s very hard to figure out which part of this answer is accurate, it all seems inevitable depending on my present level of insecurity.

If you pick your top two men or women of the year, who would they be and why?

This is an incredibly difficult question to answer, is it just me or has everyone been underperforming this year?

Alright I’m going to keep it local and at the risk of being unpopular with the Country Firies I’ll go with Dan Andrews cause he’s been doing a bang up job of things in Melbourne. I particularly like his sass and the way he says he’ll do something and then does it… all too rare for a Polli.

And my mum! why not? I mean I wouldn’t be here without her. Literally.

What about favourite speech?

My favorite speech… WELL! It’s really hard to go past “I had a Dream”, particularly when you consider the best part of it- the last part- he completely made up on the spot, and in terms of influence… it’s just really hard to match. And hard not to get swept up in the emotion of it. But like anything it’s all about context. That speech might not mean much for people living in Australia today- Stan Grant’s speech about the Australian Dream; it’s hard not to be moved by that, and Paul Keating’s Redfern speech is still very powerful. A funny thing happens watching that now. The great optimism and hope that is contained within the speech now turns to sadness and disappointment that the momentum that it helped to build just lead us nowhere. Anyway Im getting off topic and I’ve already listed 3 speeches for your request of one so I might leave it there. 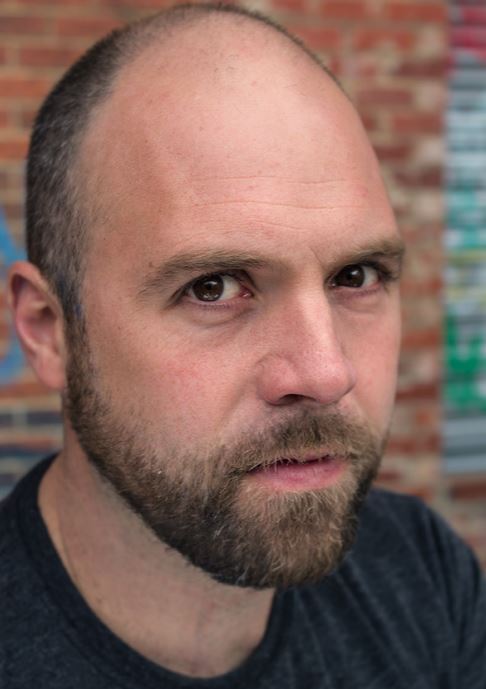 Lastly, if you could sum up your show in a tweet, what would it be?

A bawdy jaunt through the mysteries of human existence and all our problems, summed up as neatly in one hour as I have the show with this tweet.

FOR MORE INFORMATION OR FOR TICKETS, PLEASE VISIT
www.melbournefringe.com.au