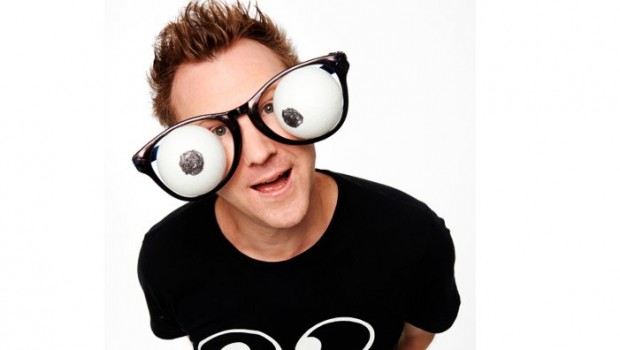 Welcome to Impulse Gamer and Australia Jason, is our country your second home now?

I love Australia but my current tour is quite hectic as I’ve been flying all over Australia. I’m in Perth at the moment and before I perform to a local crowd, I like to do some research and the local news is a great resource for that [insert Aussie accent] mate! I’m also really shocked at the pubs in Australia, especially in Perth as I’ve seen babies crawling on the floor and I’m like fuck, this is not right. In Britain, pubs are strictly for adults but here, it seems like it’s open for everyone! No way would my kids be there!

So what’s the strangest thing about Australians?

Everyone thinks that Australians are quite friendly and very laid back which they are but in actual fact, they are very angry. The best part is that they don’t even know it. They walk around all day happy but deep down they are angry. It’s fucking hilarious!

What about the Brits and the Irish?

The Brits are very similar to Australians but they are more refined. The Irish, bloody hell, they just don’t give a fuck and they could out drink any country in the world. Cans of beer in Ireland are like huge bottles of beer, they’re massive. The Australians and the British think they can drink but the Irish win hands down. It will be 4am and the Irish will still be drinking like it’s water. 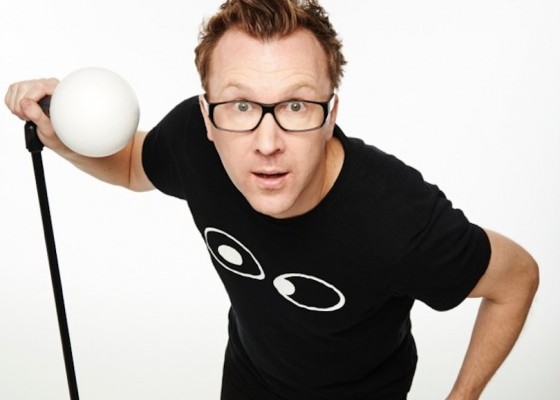 You must be pretty excited about your first Australia DVD release, Cirque du byrne?

What’s been a recent highlight from your tours?

Every performance is difference and I take away something different from every tour. There was this audience member who could kick himself in the head. It was fucking hilarious and you can see the clip on my YouTube Channel. It’s like totally fucked and I’m still amazed by it.

Serious? You mean an audience member actually kicked himself in the head?

Yeah, straight to the head. It wasn’t the flat of his foot which I think is impossible but the side of his foot. I mean fuck, how does someone know they can kick themselves in the head? It makes great comedy!

What about people sitting in the font row? What can they expect?

While I’m up on the stage I scan the audience before I pick someone. If someone is looking away or not making eye contact, I stay away from them but if I feel that someone is keen, they’re coming up on stage. But yeah, I’m not a total sadist and I make sure the person is comfortable before bringing them on stage.

So how did you get involved in comedy?

I actually had a regular job before I was doing comedy and when I tried stand-up, one thing lead to another. I’m still waiting to go back to my regular job [laugh] as its been a long time as a comedian. I get to travel the world which is great!

So you’re living the dream?

Yeah, I guess I am… it’s been pretty good.

What do you do on a flat day? Is it hard getting up on stage when you don’t feel like it?

I’ve been doing comedy for so long now that it’s not an issue. As soon as I get up on stage, you just forget about it and do what you do best. If you let it get to you, then it’s a problem but for me, I’ve never had that issue.

Where does the “special eye” come from?

I had a lazy eye when I was a kid, one eye looked that way and the other another way. My mother called it my special eye and that’s where the name comes from. Everyone knows about my eye so I said fuck it, I’m going to trademark it. I would love to see merchandise like clothing with my special eye on it. Imagine that, walking down the street and seeing people wearing your clothes. I wouldn’t have to fucking work again! I’d be rich! 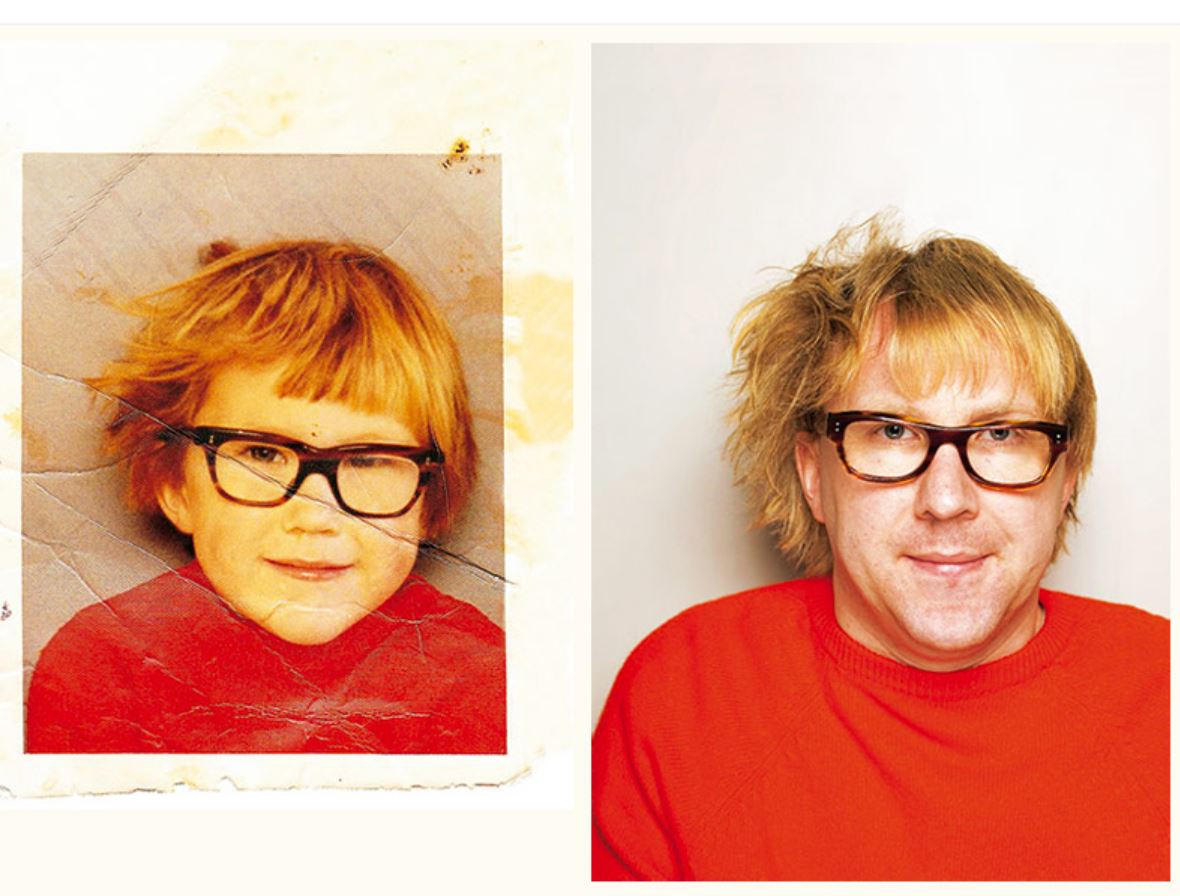 What about your kids, have they ever seen any of your material?

Fuck no! Stand up originated from clubs and pubs. It’s got a seedy origin, dark rooms, filled with smoke and people drinking. Somehow over here [Australia], it’s gotten mainstream and just about all stand up is for adults. Sure, there is some stand ups that do comedy for kids but it’s still really a children’s show. It still baffles me how kids can come into your pubs! So to your question, no!

Have you ever gotten material from kids?

All the time, they are a great resource and there is so much I can get from them. Of course I don’t take everything but there are gems hidden in there and some of it is mad. I make sure to keep their privacy and all that but yeah, they are a wealth of material. Sometimes my wife has to pull me up though [laugh]

Who are some of the famous people you have performed for?

I’ve performed in front of the Royals like Prince Charles and Camilla plus rock stars, movie stars, you name it. I don’t get phased by them as they’re just people but I do see them in the crowd which is cool. I did get a little shocked by a certain rock god who came to my show once.

Heckling is everywhere and some countries more than others, especially England and Ireland. The British, especially the working class are great hecklers but the Irish are the masters. They just don’t give a damn and are fucking hilarious.

What can people expect from Jason Byrne’s Special Eye?

Me! It’s stuff about what happens to me and everyone else in the world. I find shit from all over the world to talk about and it’s funny shit. I hate talking things up but it’s a night you’ll never forget and you and your mates will love it.

What does the future hold for Jason Byrne?

Hopefully more TV, I love doing television. My current TV series Father Figure is really fun which stars the brilliant Pauline McLynn and Karen Taylor and so many others. It also stars me, Tom the stay at home dad. It’s a great show and is a little different to stand up.

Thanks again Jason and all the best for your tour in Australia! 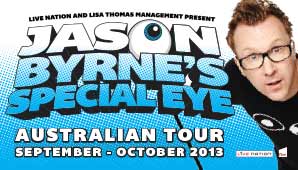