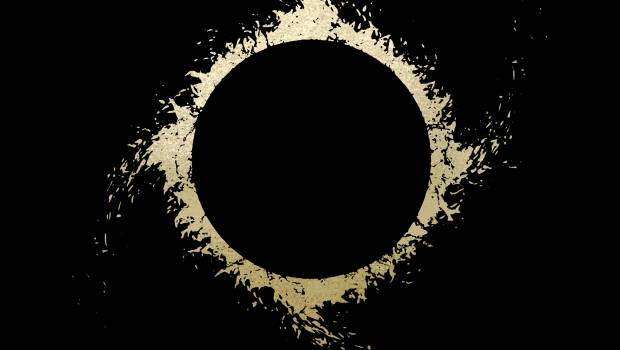 There’s no band in the world like BABYMETAL, the metal dance unit, whose hit songs like “KARATE,” “Gimme Chocolate,” and “Megitsune” have captured the imaginations of fans around the globe. This fall, Z2 Comics, Hollywood film/TV production company Amuse Group USA, and BABYMETAL’s producer KOBAMETAL are collaborating on a brand new, original story for the graphic novel APOCRYPHA: THE LEGEND OF BABYMETAL, featuring art by award-winning illustrator GMB Chomichuk. 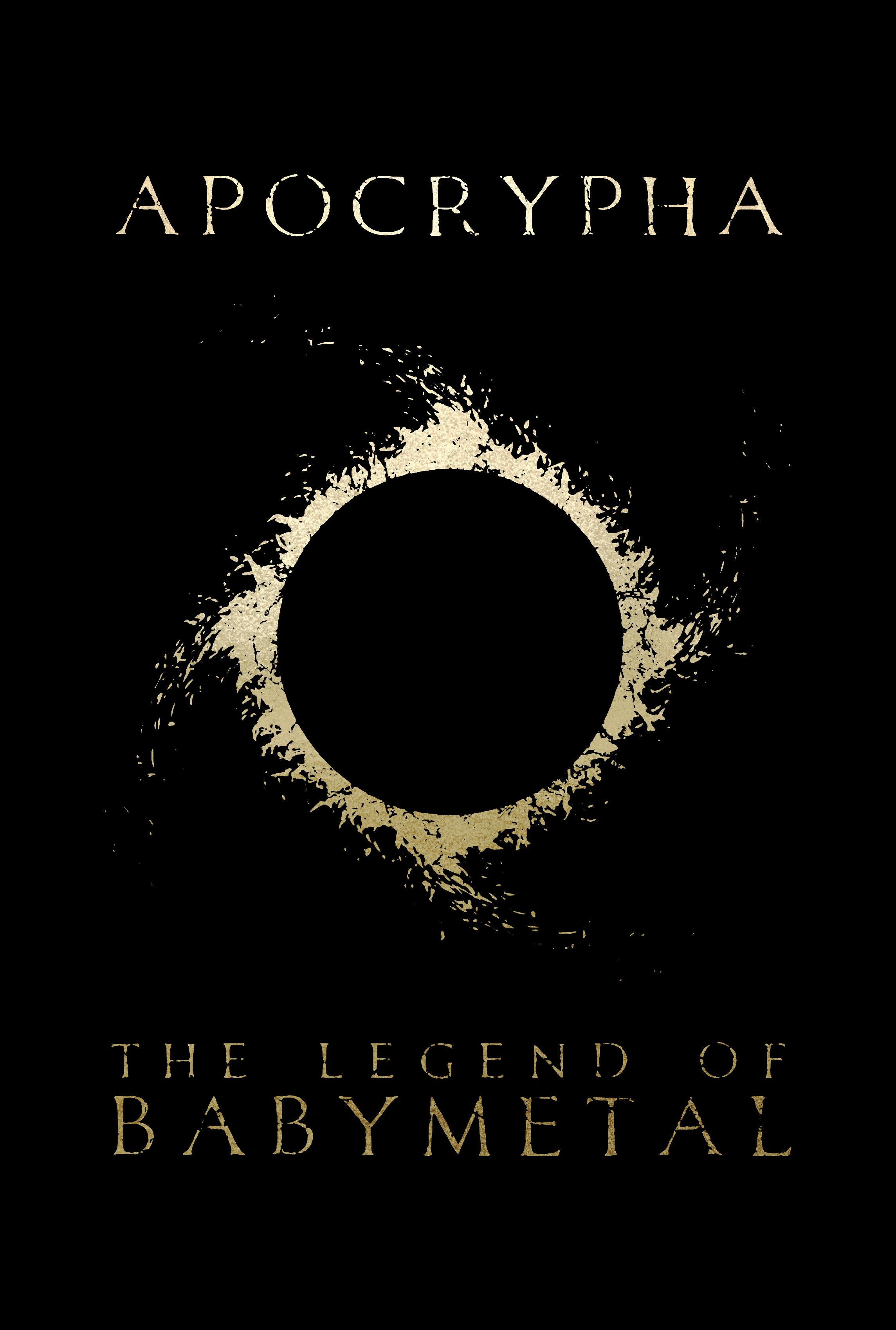 Formed in 2010, BABYMETAL is a metal dance unit made up of three performers, SU-METAL, YUIMETAL, and MOAMETAL. With their combination of powerful metal sound and dance performances, they are by far the most unique band out there. Since its inception, the Japanese metal dance unit has developed a devoted fan base that describes their concerts as both energetic and unforgettable. The band has received glowing praise from the industry’s top acts, including Slipknot’s Corey Taylor, Guns N’ Roses’ Slash and Rob Zombie, who told Billboard that BABYMETAL “are like nothing I’ve ever seen before.” BABYMETAL is making waves in the music industry with their chart-topping albums that have solidified their cross-continent success.

The book will be published by innovative independent graphic novel publisher Z2 Comics, who has previously collaborated on acclaimed music-inspired graphic novels with the likes of rockstar Dan Auerbach, bluesman Robert Finley and the Music Maker Foundation, platinum selling DJ Paul Oakenfold and jazz musician Dave Chisholm. “With the book still months from publication, it’s too early to reveal much,” said Z2 Comics Co-Publisher Sridhar Reddy. “In the months to come, BABYMETAL fans can expect more announcements, but today I would say the question we should be asking is not who is BABYMETAL, but what is BABYMETAL?’”

In May, BABYMETAL will be on a world tour across the United States and Europe with performances scheduled at Rock on the Range and Download UK.

■「APOCRYPHA: THE LEGEND OF BABYMETAL」

ABOUT BABYMETAL: Formed in 2010 in Japan, BABYMETAL is a metal dance unit made up of three performers, SU-METAL, YUIMETAL, and MOAMETAL. Their combination of powerful metal sound and dance performances, propelled their first  studio album BABYMETAL onto the US Billboard charts. With their second album METAL RESISTANCE, they became the highest-charting Japanese band ever on UK’s Official Albums Chart, landing at number fifteen on the charts, and reaching the 39th spot on its debut on the U.S. Billboard, becoming the first album by a Japanese artist to break into the chart’s top 40 in more than 50 years.

BABYMETAL has performed with some of the most influential musicians in the world, having supported Lady Gaga on her ArtRave: The Artpop Ball Tour, opened for both the Red Hot Chili Peppers and Guns ‘N Roses, and performed as special guest for Metallica. They performed at the prestigious Wembley Arena in the UK, becoming the first Japanese artist to ever headline at the venue.

In summer 2017, BABYMETAL held a domestic tour 5 FOX FESTIVALS in JAPAN and BIG FOX FESTIVAL in JAPAN. In December 2017, BABYMETAL held a very special two-day concert in Hiroshima, SU-METAL’s hometown, to celebrate her “coming of age” at the Hiroshima Green Arena. In the same year, BABYMETAL was crowned “MTV EMA’s BEST JAPAN ACT” in which the group became the ultimate winner out of 32 countries and also became first Japanese act to be given such an award.

About Amuse Group USA, Inc.: Established in 2014, Amuse Group USA, Inc (Amuse USA) is a wholly owned subsidiary of Amuse, Inc. Alongside providing artist management and tour support for its bands — including BABYMETAL (pop-metal), ONE OK ROCK (rock), and Perfume (EDM) — Amuse USA produces and invests in film and TV projects in the US and discovers talent for its management division. A cornerstone of the film and TV department’s activities is J-CREATION, a year-round effort to bridge the gap between the Japanese and US entertainment industries, facilitating the adaptation of Japanese IP into film, TV, and other business opportunities. Each year, Amuse USA holds a content matching event where a slate of up to 10 titles are presented and Hollywood producers are given the unique opportunity to meet in person with the Japanese rights holders to discuss their projects.

About Z2 Comics: Z2 Comics co-publishers Josh Frankel and Sridhar Reddy are committed to publishing quality graphic novels and comic books that explore all genres and kinds of storytelling. The New York-based, boutique publisher debuted in the spring of 2014 with a new edition of Paul Pope’s Escapo and the first print collection of Dean Haspiel’s Fear My Dear: A Billy Dogma Book. In the fall of 2015, the company debuted a line of creator own periodicals with WELCOME TO SHOWSIDE, the first creator owned comic by Ian McGinty, Chris Hunt’s international adventure caper CARVER, and ALLEN: SON OF HELLCOCK co-written by Last Week Tonight with John Oliver writer Will Tracy and Gabe Koplowitz, with art by Miguel Porto and the internationally acclaimed graphic novel THE ABADDON by Koren Shadmi. The following year the company launched diverse and eclectic comic book titles including: HYPER FORCE NEO, a new all ages series from SUPER PRO K.O.! creator Jarrett Williams, THE SWEETNESS, the first collaboration by acclaimed husband and wife creators Kevin Colden and Miss Lasko-Gross, and LEGEND, the comic book debuts by novelist Samuel Sattin and illustrator Chris Koehler, and INDOCTRINATION by writer Michael Moreci and artist Matt Battaglia. Z2 Comics has published a series of acclaimed music-inspired graphic novels, including MURDER BALLADS by writer Gaber Soria and artists Paul Reinwand and Chris Hunt, collaborating with the likes of rockstar Dan Auerbach, bluesman Robert Finley and the Music Maker Foundation, platinum selling DJ Paul Oakenfold and jazz musician Dave Chisholm. All Z2 Comics are distributed at comic book stores and bookstores nationwide via Diamond and are available digitally via comiXology.