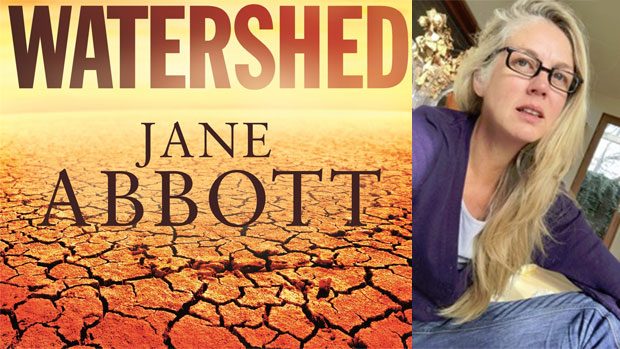 Welcome to Impulse Gamer Jane and congratulations on your novel, Watershed.

Thank you for inviting me. It’s great to be here.

Growing up, what authors and genres inspired you Jane?

My mum was an English teacher, so I grew up surrounded by books. Mostly it was classic literature, but when I was young I preferred genre fiction: any kind, really, though I tended towards CS Lewis, Le Guin, Tolkien, and Stephen King. Now, of course, I’ll read pretty much anything that interests me. I have fairly eclectic tastes.

What is your favourite book of all time?

Oh, that’s such a hard question to answer! Can I name more than one? If by ‘favourite’ you mean a book that’s stood the test of time, then I’d say A Wizard of Earthsea by Le Guin; 40 years after my first reading I still return to it every few years. The prose is simple and unadorned, highly imaginative, and just beautiful. I think the same applies to Tolkien’s The Silmarillion. But my most recent favourite would have to be The Road, by Cormac McCarthy. It’s poetic, visual and visceral – a modern saga (in the oldest sense of the word). I think I read it in a single sitting.

Can you tell us what your new novel is about?

Watershed is a dystopian thriller set in a foreseeable post-climate change world. It’s about devolution – of the world, of humankind, of social mores, and of justice. It’s about consequence. It’s about the degrees of evil, and the possibility of redemption. It’s a story of loyalty, betrayal, lust, love, and survival against the worst kind of odds. But, above all, it’s about nature versus nurture: can evil be learned, or is it innate?

Your book Watershed sees Earth as a desert wasteland, what inspired you to write this novel?

That’s an easy one; I live in the second driest continent in the world. In many ways we’re extremely lucky to have ready access to fresh water supplies, but how long will that last? Look at California, Spain, Syria, Northern India … Here in Victoria we’re constantly subjected to drought, often with devastating effect, yet people still water their lawns and fill their swimming pools without any thought to the future. I wanted to bring that future forward, and see what happened. I didn’t like what I saw. I don’t think we’d cope very well.

Can you tell us a little about the main characters in Watershed?

Jem is the protagonist, a Watchman and killer of Dissidents. He’s very much an anti-hero and we cheer for him and hate him at turns. He’s sardonic and unapologetic, but he’s also a product of his time. Garrick is the cruel and brutal Commander of the Watch, old Taggart, its Master of Weapons; both are instrumental in shaping Jem’s past and future. Opposing them, and reviving Jem’s conscience, are Dissidents Tate, Ballard, and Ballard’s sister, Alex, who need Jem’s help to overthrow the ruling Council. And tugging at his heartstrings is the young, maimed boy, Connor. Alternating with Jem’s narrative is that of his grandparents, Sarah and Daniel, and we follow their story from the Last Rains to when Jem is drafted into the Watch.

Are there any Australian influences on the story?

Not really, though some of the flora and fauna (what’s left of it, anyway) might be considered Australian. I deliberately made no reference to Watershed being set in Australia because climate change is not restricted to any one place. It’s a global issue, with global effects, and I wanted to leave readers free to re-imagine familiar landscapes.

Right now, I’m working hard to finish the second book in the series, and I have another novel, Elegy, (YA crossover) coming out in September; a very different read to Watershed. I’ll be speaking about both books at the Leading Edge Booksellers conference in Canberra at the end of this month. And in November I’m off to Supanova in Brisbane and Adelaide, which is insanely exciting. But mostly I hope to keep writing. 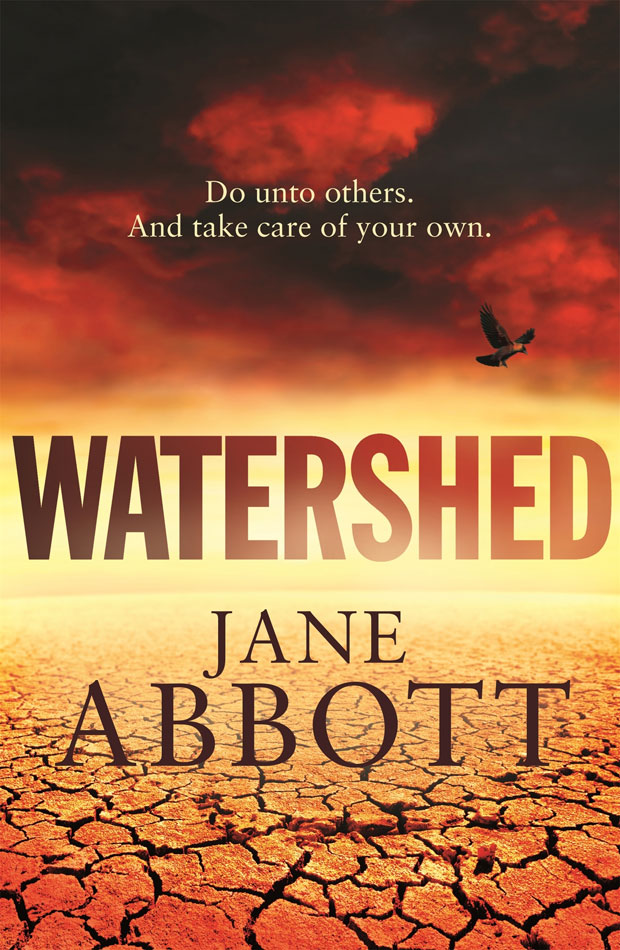 Savage and apocalyptic, this is the new world.

Devoid of rain, the earth has shrunk to dust and salt, hemmed by a swollen sea. Survivors gather to re-establish order but it’s nothing like before.
It is Jeremiah’s world.

Commanded by the cruel Garrick, Jem is a Watchman and hunter of Disses: rebels who dare to challenge the Tower and its ruling Council. Loner by design and killer by nature, he’s unapologetically part of a cruel regime until a new assignment exposes a web of deceit, and past sins demand their reckoning. When a young boy elicits his sympathy, and an enigmatic woman his interest, Jem is made to question everything he believes before undertaking one last terrifying mission. Now he must do unto others if he’s to take care of his own.

In this dark and compelling first novel from a stunning new voice in fiction, it is impossible to know who is friend or foe, hero or villain.