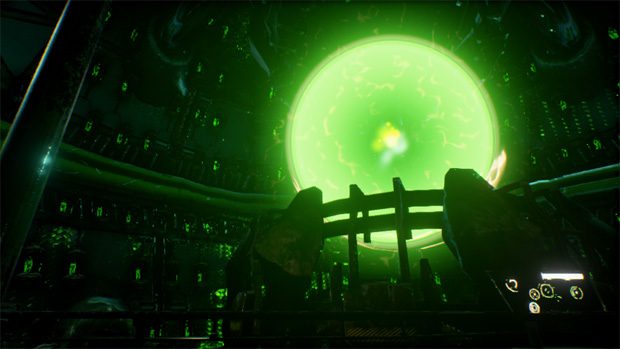 Tell us about your new game Chroma Shift?

CHROMA SHIFT, has two players take control of our robots Theta and Psi, with their objective to restore power to a broken down facility. They will utilize different coloured energy sources, to solve and proceed past puzzles.

Spread throughout the environment are coloured orbs that when the players interact with them, change the player to the same colour. Any puzzle element in our environment that shares the same colour as the players will aid them, or not hinder them. Conversely any puzzle element that is a different colour will be a hindrance. As an example, If a blue platform has a blue player stand on it, the platform will move, aiding the player’s progress. Similarly a red laser that touches a non-red player will destroy them. However if the player was red, the laser would let the player pass unharmed. 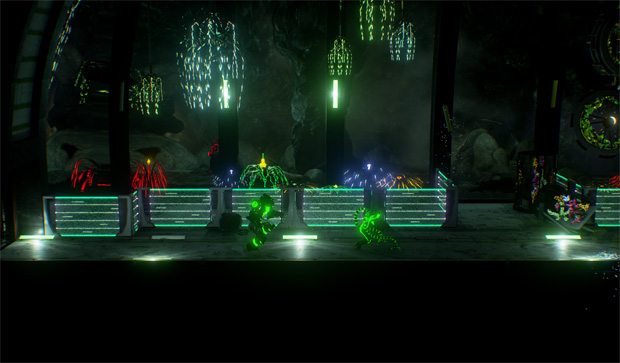 My personal favorite aspect of CHROMA SHIFT is the focus on cooperation. Being able to grab a friend or sibling and work together and go through an experience together nothing really beats that. We wanted to make game that not only requires more than one player but is enhanced by it and we believe we have achieved this.

In developing this game, what kind of challenges did you face?

Every game comes with tonnes of challenges. For us in particular was getting the right feel and look for CHROMA SHIFT. We knew from the start that we wanted to make a cooperative colour platformer but we also wanted this interesting, dark lore and background story to go with it. So we want through a lot of art changes and level changes of how we wanted the game to look.

Another surprising challenge challenge for us was actually our double orb particle. Many of our testers thought it was a bug when both characters switched colours, as they didn’t realise the difference between the single orb and the double orb.

One of the challenges that we knew from the start we would have to face is how to deal with colour blindness. Because we didn’t want to just put words saying the colours or anything like that. So we did research into certain shades that they can see and we will have the option to enable color blind mode which changes the colours to colours that may not be as bright and interesting but people that are colorblind should be able to see the difference with the orbs. 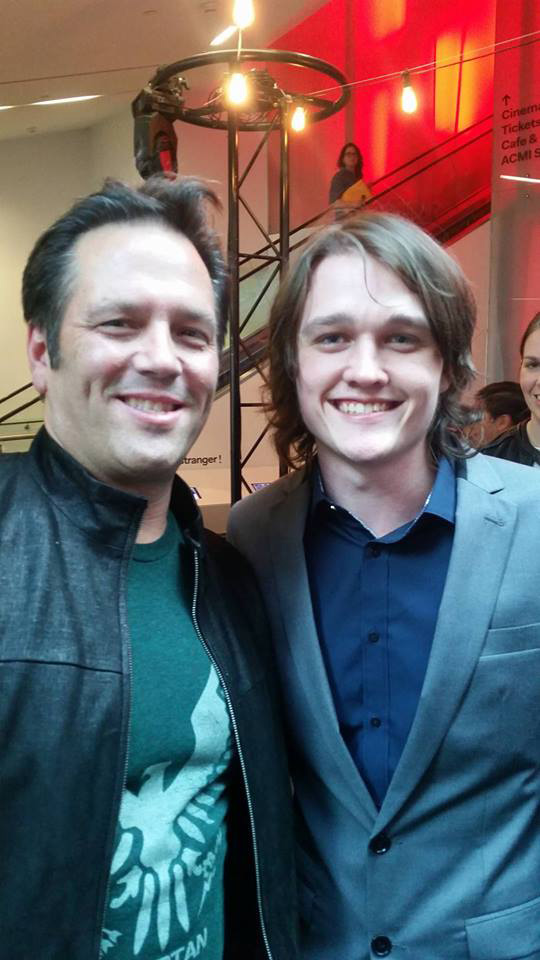 My biggest reward is not only being able to work full time with my amazing team and on CHROMA SHIFT but also hearing the feedback and seeing people play CHROMA SHIFT and have a good time with their buddy, is just one of the best feelings in the world. 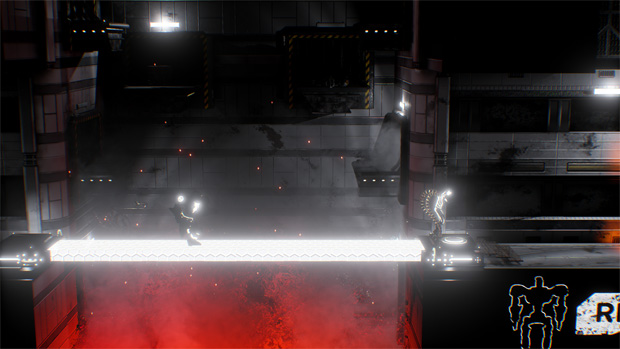 What do you think Chroma Shift brings to the world of gaming?

A fantastic cooperative experience. To show that a game can focus on co-op rather then it just be an additional feature.

With PAX just a few weeks away, what are you most looking forward to this event?

To show people CHROMA SHIFT and to hopefully see people enjoying themselves with a friend or even a stranger playing our game. What I’m looking forward to as well is networking with other developers and to get the name of CHROMA SHIFT out there.

Besides Chroma Shift what are you playing now?

When I get a bit of free time I am currently enjoying playing Gears of War 4 with my mates and I also try and get a game or two in Starcraft 2 as that is one of my favorite games. 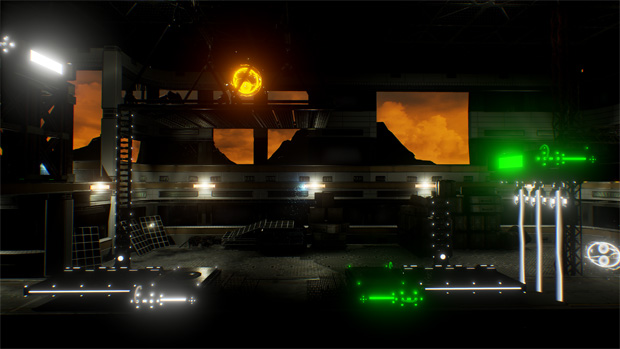 Top 5 games of all time?

Starcraft 2 really just love the strategic fast paced gameplay in this and playing with my brother in its co-op mode which is a tonne of fun.

Halo Reach just has a place in my heart as one of the best FPS experiences I played with LAN parties and awesome co-op campaign.

Inside is a game with creepy atmosphere and the dark and confusing setting was just a treat. It was a short game but after finishing it I just had to make everyone I knew play it and experience this unique game.

Soma may not have the most interesting gameplay but what struck me was the story and the idea of what makes you human. The voice acting and sounds were top notch and I really enjoyed the game and I still talk about it to this very day.

My most favorite game as a child/teenager was Timesplitters 2 on the PS2. Playing it for hours on end with my brother we just couldn’t get enough of the game. With its great co-op campaign, arcade challenges, playing against bots with a lot of different game modes. But where I spent most of my time was creating story levels in their really in depth map maker. Which helped me become the game maker that I am today.

How did you become involved in gaming development?

I’ve always enjoyed playing games and when ever a game had a map maker or something I would always spend hours upon hours on it. So in year 9 in High School there was a class called Website and Game Creation which was my first real attempt with making my own game. Using beginner game engines like Scratch and Game Maker I would spend most of my free time working on fun little platformers. Because of how much time I spent on my work the teacher brought me aside and showed me a brochure to AIE. Which after high school I did my programming course there and now I’m part of a start up indie company making games I want to make. 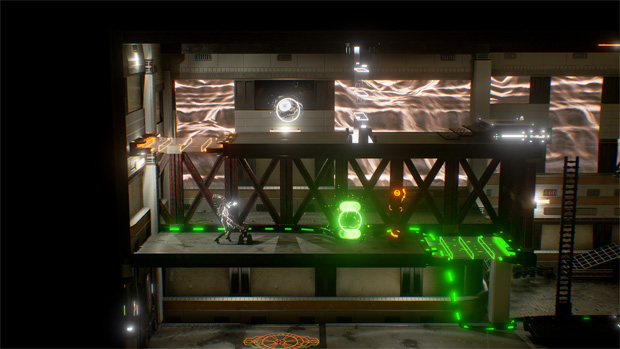 What advice would you give people wanting to become involved in game development?

Create stuff is the best advice I can give.Whenever you have free time make something with free game engines like Unity or Unreal which there is an insane amount of videos and documents on how to create games on those engines or start with more beginner like engines with Scratch and Game Maker. Create something small and show it to people and get critiqued on it. Because if you’re looking for a job in this industry it’s not really about what degrees you have it’s about what you have made in the past and if you can show that you create your own games in your free time people will want you on their team.

Another piece of advice is to go to networking events as much as possible through social media pages like the IGDA Melbourne. There are a lot of higher up developers that are more then happy to give you their time to support and give you advice. One of the things that I have learn’t through making this game is how supportive this industry is and to use that support with every opportunity you get.