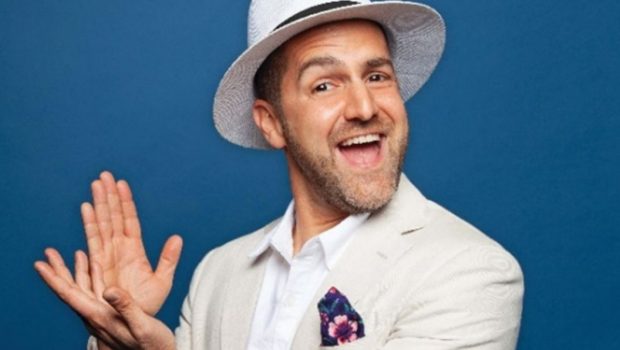 Australia’s favourite Venezuelan, Ivan Aristeguieta, is one Happy Papi, and with a spring in his step, he is back on stage where he belongs. Ivan salsa dances his way across the country in one of the most anticipated new shows of Aussie comedy! Like a chorizo in a vegan burrito, happiness can be found in the most unexpected of places.

Ivan has had Aussie audiences laughing since 2012 after migrating to Australia and taking on the challenge of performing comedy in a second language. Ivan is one happy migrant and he’s squeezing all the privileges the First World can give him. From his own TV show, Lost in Pronunciation, his live stand-up TV special debut, Chorizo Sizzle, performing at the prestigious Just For Laughs Comedy Festival in Montreal and numerous TV appearances on Australian shows such as: Melbourne International Comedy Festival Gala, Have you Been Paying Attention and Hughesy We Have a Problem.

During the pandemic, he entertained online audiences with his interactive  Zoom cooking show, About This Much, and arrived back and live on stage in 2021 with his award-nominated show ‘Pinata’.