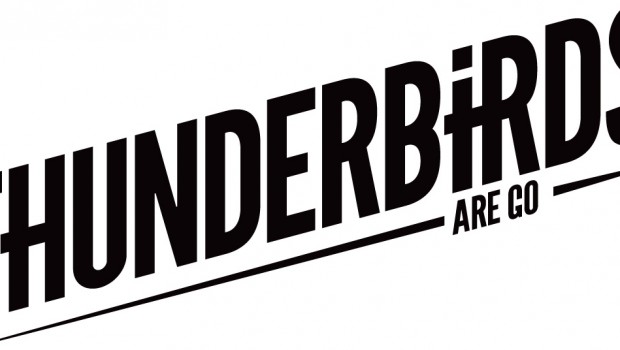 *Thunderbirds Are Go! logo attached for use

The deal will see Thunderbirds Are Go! airing on Nine’s youth-skewing digital channel GO! in its children’s programming block. The series will also be available for viewers to catch-up via 9jumpin’s VOD service.

Nine Network and later GO! have been the Australian home of Gerry and Sylvia Anderson’s classic Thunderbirds series since it first aired in the 1960s. Thunderbirds Are Go! will air on GO! from spring 2015, shortly after the UK world premiere, which comes 50 years after the TV debut of the original series.

Maria Kyriacou, MD of ITV Studios Global Entertainment and ROW said: “Thunderbirds is an iconic and much-loved show, so it’s no surprise that we have had such enormous interest in Thunderbirds Are Go! from potential TV, digital and licensing partners worldwide. The show has long been close to the hearts of Australian audiences, so we are delighted that new and existing fans alike will have the opportunity to enjoy the new series.”

Martin Hersov, Director of Commercial Development at Nine Network added: “The classic Thunderbirds episodes have been a regular feature on the Nine schedule since the very beginning, so we are extremely pleased to be working with ITV Studios Global Entertainment on this exciting new series. We look forward to working with the full range of partners for this iconic property within the Australian market.”

Produced by ITV Studios and Pukeko Pictures in collaboration with world-famous Weta Workshop (Avatar, King Kong, The Lord of the Rings), Thunderbirds Are Go! is a new 26 x 30’ children’s series set to debut on ITV and CITV in the UK in 2015. This re-invention of the classic show will be produced using a unique mixture of CGI animation and live-action model sets, delivering a new level of action-adventure animation for today’s audience while paying tribute to the legacy of model locations from the original series.

Featuring the world’s most famous family of heroes, International Rescue, Thunderbirds Are Go! will blast the five brave Tracy brothers back on to television screens piloting their incredible vehicles into impossible rescues across the globe.

The Thunderbirds Are Go! cast is led by Rosamund Pike (The World’s End, Gone Girl) as Lady Penelope and David Graham reprising his role as chauffeur and International Rescue agent Parker. Inventor Brains will be voiced by Kayvan Novak (Fonejacker, Facejacker). Tracy brothers Alan and Scott Tracy are both played by Rasmus Hardiker (Saxondale, Lead Balloon). David Menkin has been cast as both Virgil and Gordon Tracy. The fifth Tracy brother, John, will be played by Thomas Brodie-Sangster (Love Actually, Game of Thrones).