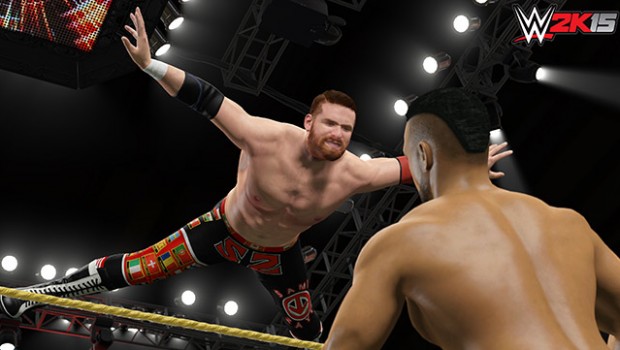 Looking to give a gift to a close gamer for Christmas? Well no look no further because 2K Games have a title for everyone with these three amazing games of 2015!

NBA 2K16 is the perfect Christmas gift for basketball fans. Guide your MyPLAYER from being drafted to the Hall of Fame, take control of an entire NBA franchise, or hone your skills online to compete against ballers from around the world. With animations that provide smoother movement and more realistic articulation, it’s certain to be the most authentic NBA gaming experience yet! Available now through all good retailers on PlayStation 3 and 4, Xbox 360 and Xbox One.
RRP for PS4 and Xbox One from $99.95
RRP for PS3 and Xbox 360 from $79.95

Jump into the ring this Christmas and feel like a real WWE Superstar in WWE 2K16! The newest addition to the flagship WWE franchise delivers authentic, high-powered and hard-hitting action, including fan-favourite features and a larger roster of WWE Superstars, Divas and Legends than ever before. New gameplay innovations and top of the line graphics make WWE 2K16 the essential game for all fans, young and old. Available now from all good retailers on PlayStation 3 and 4, Xbox 360 and Xbox One.
RRP for PS4 and Xbox One from $99.95
RRP for PS3 and Xbox360 from $79.95