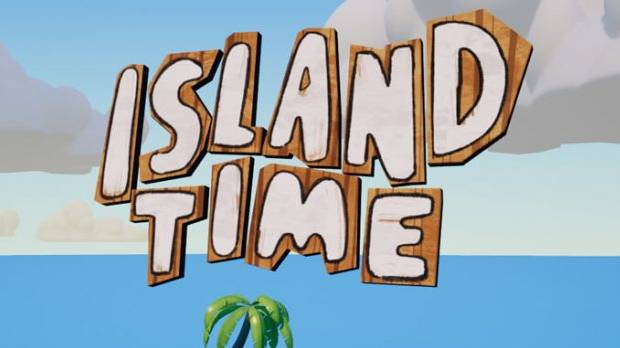 Summary: Stranded on an island with a talking crab... you may find yourself wishing for a quiet volleyball.

Survival games became a bit of a trend not that long ago and variations on the theme have emerged with hits and misses among the offerings. Island Time takes a shot at the genre in VR but with perhaps a slightly different approach. Most survival games the idea is to… well, not surprisingly, survive. Most games in the genre tend to start you with minimal help and it’s up to you to build your supplies, crafting tools and fashioning shelter and so on. In those sorts of games once you have the basics sorted you have a degree of safety or comfort that you can build from. Island Time likes to really test you and reduce the amount of time you have to get yourself sorted and keeps that clock ticking the whole time. 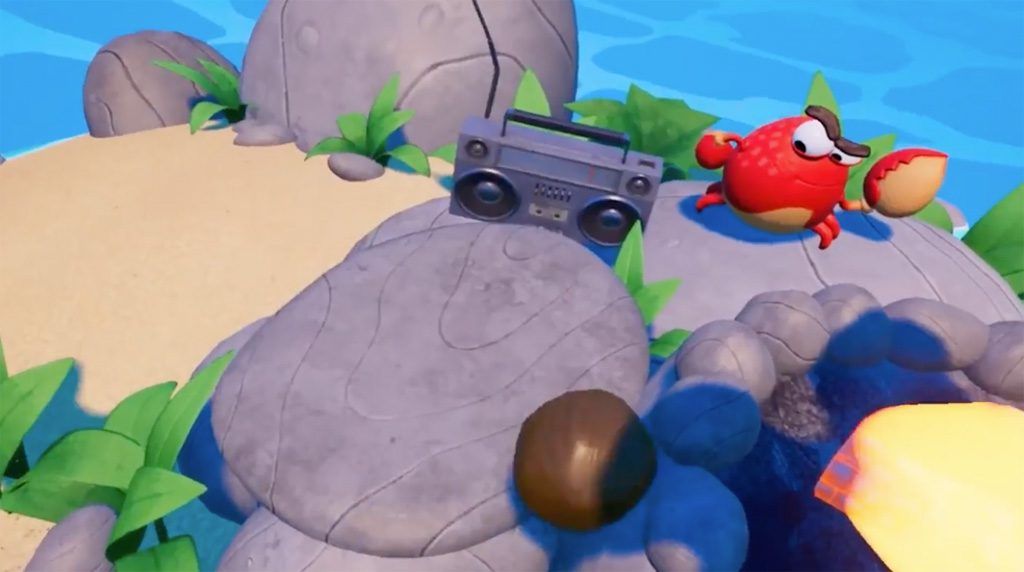 Time frames can be a tricky thing to get right in games and that goes extra for survival games. How long do you give the player to obtain essential supplies or shelter and so on. Island Time seems to think you should only have a few minutes between needing to eat and not eating will see you instantly die… there’s no slowing down or having reduced capacity until you can find food… it’s a case of if you haven’t eaten something before your time is up, you’re dead. This is basically the only thing you need to focus on to survive the game… and that may make it sound easy enough but the Island you are on is small… really small. When they say you can play the game standing they aren’t kidding (I’m not so sure about seated though… I haven’t tried it but trying to spear fish while seated seems like it would feel odd and possibly be even more tricky to accomplish). 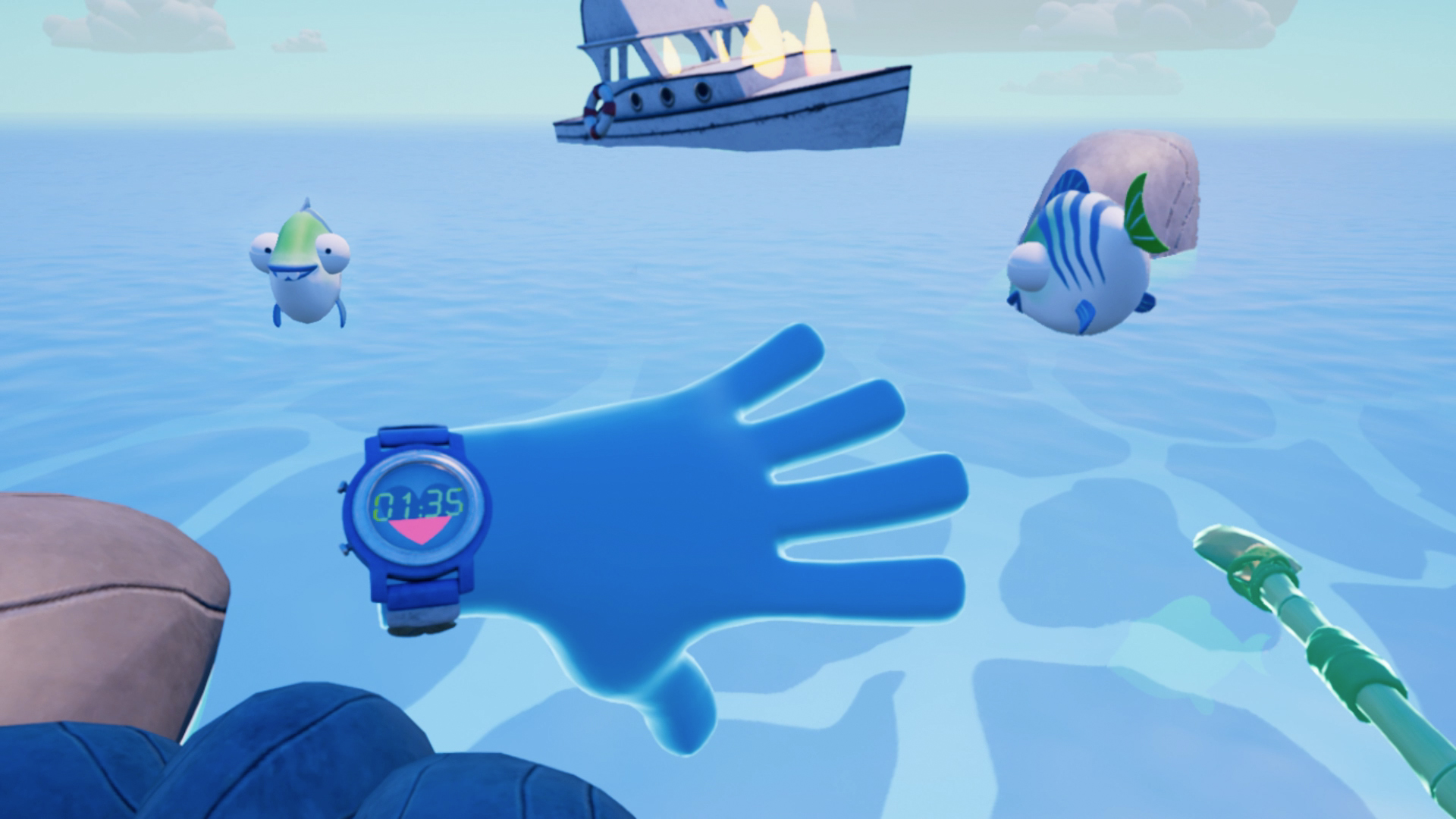 The size of the island and subsequent lack of room for many resources is offset by supply crates that periodically wash ashore for you to open and make use of. Some things are easy to make use of and that includes the basics… adding a flint to a piece of bamboo creates a spear, striking flint together creates sparks and flames (I lost track of how many times I end up dying from accidentally setting myself on fire so be careful here). Coconuts that seem just out of reach are suddenly able to be obtained when you give them a knock with your bamboo pole. But for really interesting stuff you will have to wait for those crates (and don’t forget to store your items in the container). 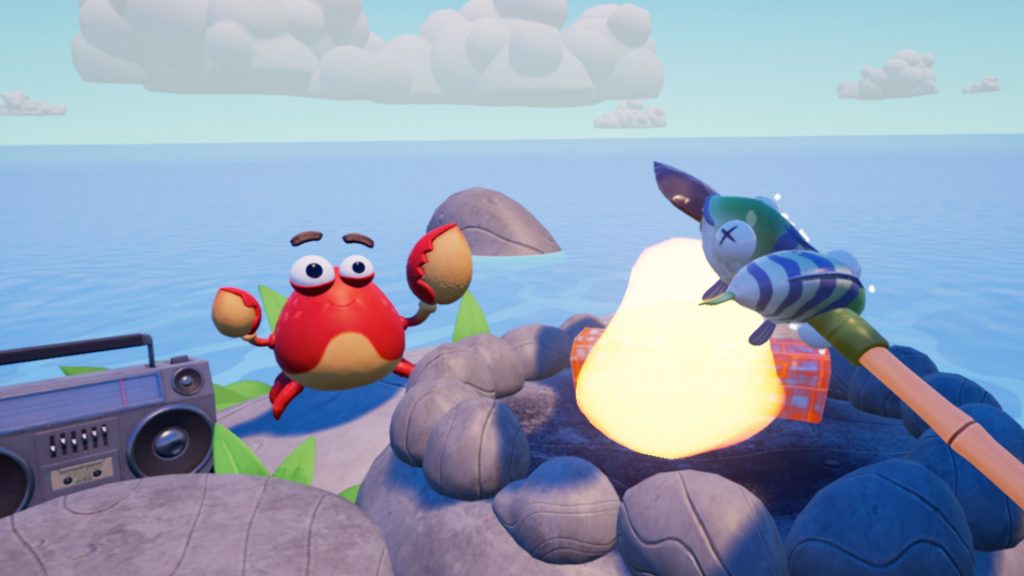 But throughout all of this you aren’t alone… as well as the fish, the seagulls and other wildlife… you have your crab buddy Carl. Carl means well (I think) but can sometimes be a pest… having said that he does make the game more bearable. It can get very frustrating dying over and over again (think Groundhog day but if it only lasted for say 5 to 10 minutes on average… at best). Carl’s comments can take a bit of the sting out of things. 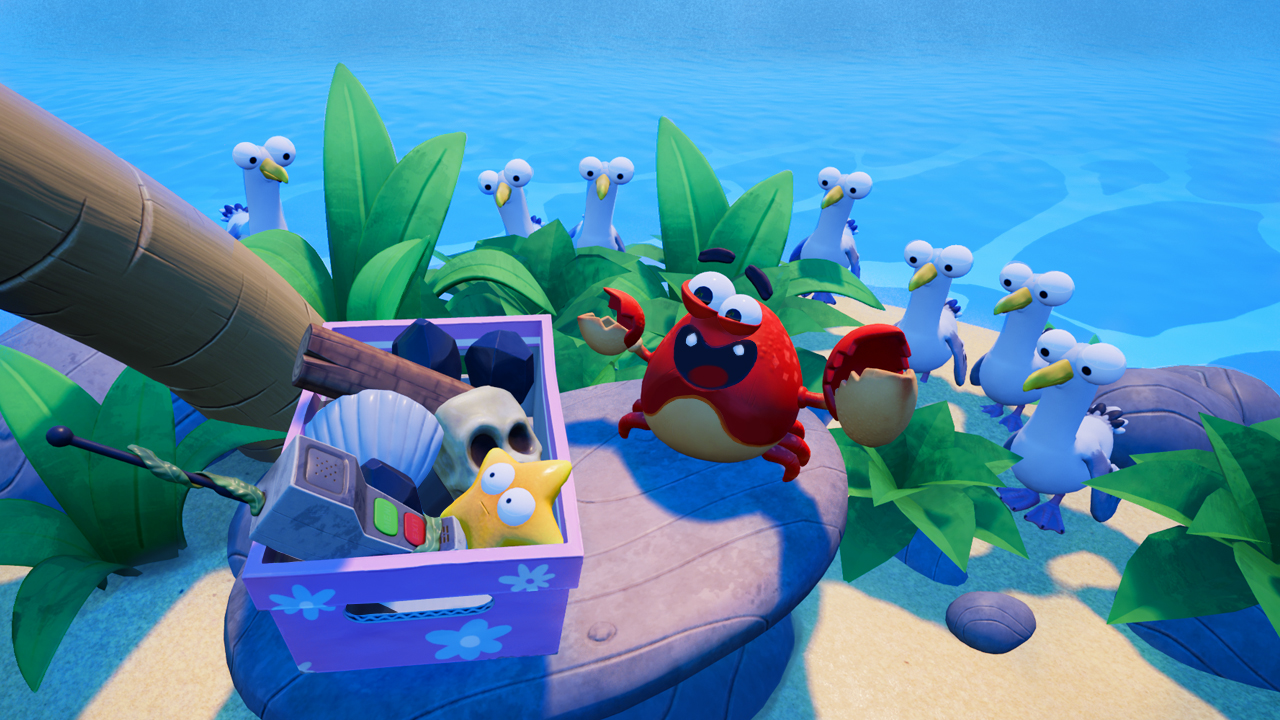 Ultimately though, the game is very short and does get very repetitive. The time frame between eating and when you need to eat again feels far too short you really don’t get long to experiment with any new items you come across before you start hearing that ticking and if you don’t have some food in your collection then you end up frantically trying to find something to eat which can mean dropping an item you only just found (possibly into the fire, incinerating it) to try and grab some bamboo to knock down another coconut which you then have to crack open and just as you are about to get it to your mouth to eat… you die. It’s not a bad game… once you get the gist of it, but I would certainly say wait for a sale to get it if you’re interested because I couldn’t justify the current price given the play time and scope.