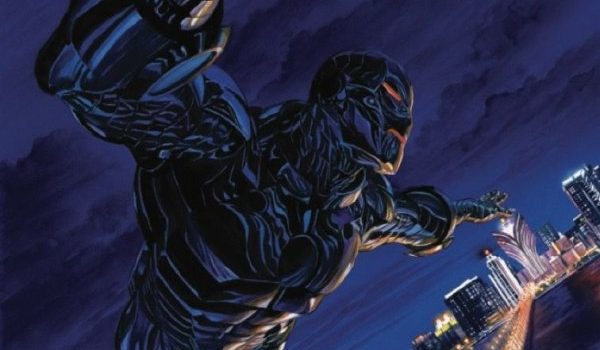 Summary: Tony is a jerk, he and Rhodey go to work, and the characters known as Force and Titanium Man make an appearance!

The Story – Tony has decided to purchase every “evil” weapon of mass destruction (i.e. Mad Bombs) in the Marvel Universe. This should go well.

Background: After a well-deserved come to Jesus moment and stint in rehab, Tony has decided to be an ass again. In the paraphrased words of Kitty Pryde “TONY STARK IS A JERK!”

Summary: Tony and Rhodey are investigating the crime scene that was left in the wake of Vic Martinelli’s death. After Vic left Stark International he had become a kind of John Wick Courier and fixer for some shady companies like Hydra. They both realize they could have picked up the phone when he called and that he may’ve still been alive because of that. They vow to avenge him. They meet up with Clay Wilson, who still goes by the name Force, even though he has turned over a new leaf. With Vic dead, Clay has become the 3rd man of their little plan. We get a brief glimpse of what Tony’s crew has already bought up and It’s terrifying.

Their scans come through and it turns out the Titanium Man was the one that killed Vic. A little more detective work makes them realize The Mandarin’s rings are what got Vic killed.

Titanium man shows up and after a long battle, he doses Tony with Compound 13, the same nerve agent that killed Captain Mar-vell (the first one). Tony winds up in the hospital with the staff saying that it’s bad and that he is in a coma. Steve Rogers and Patsy both visit Tony in the hospital.

We end the issue on a plane just over Macau as a very much alive and healthy Tony Stark departs the plane in a stealth Iron Man Armor.

Writing – Wow! I haven’t reviewed an issue of this title since issue 4! Let’s get to it!

Christopher Cantwell is obvious a fan Iron Man and is steeped in its lore. Vic Martinelli played a minor role the Obadiah Stane storyline after Tony hired him in Iron Man #147 (No, I didn’t know that’s when he was hired off the top of my head. That was referenced in the book.) It’s always been a familiar trope to bring Tony’s past back to haunt him, but it’s normally a major character, not just someone we haven’t heard from in God knows how long. I like it.

Which brings us to our next character resurgence. Clay Wilson (Or Carl Walker after a name change) was the minor villain Force, who wore and armor that granted him flight, super-strength, and force fields. We haven’t seen Force since Dark Reign almost 12 years ago. It’s another super random character to drop into the storyline… and I love it. I love it for two reasons.

Reason number one is that it shows that Tony is willing to go to any length to accomplish his goals. In the first storyline of this book, he assembled a motley crew of random characters (Frog Man, the guy he met drag racing) as well as Rhodey and Patsy Walker to try and bring down Korvac. Tony is willing to gamble everything on working with Force because he’s either reckless or has a lot of faith in people. I personally like to think it’s both.

Reason number 2 is much simpler. I LOVE Tony’s rogue gallery. He’s had some weird villains (Dreadknight and Chemistro anyone?) To this day and until they do it, I await Marvel Legends to come out with an an obscure Iron Man villain wave. The Titanium Man could be the build-a-figure. Get it done Hasbro.

That oddly enough brings us to our 3rd and final character resurgence. Titanium Man is always fun to hear from. The fact that Cantwell also allowed the usage of Compound 13 also shows that even a villain like Titanium Man can still prove dangerous. A minor nick-picking note though is the fact that Cantwell did not use the hyphenated name of Captain Marvel. It should have read as Captain Mar-Vell. It allows readers to differentiate between the captains.

Tony lying to Steve is nothing new. That’s not really an issue (they’ll get past it)… but didn’t Tony JUST ask Patsy to marry him? Sure, she said no, but he then immediately fakes serious injury and runs off to save the world? That’s just cold, even for him. The fact that Tony doesn’t tell her the plan means that his stint in rehab might have cleansed his body, but his ability to wreck his personal relationships still remains.

Also, it should be pointed out that this plan doesn’t make complete sense. It’s one thing to fake being in a coma., but what happens when Steve or Patsy, or hell anybody else, decides to come visit him in the hospital. Are they using an LMD as a replacement? Was the Tony in the hospital bed a decoy the entire time? Give us more details!

Artwork – I love the artwork on this book. I always have, but what I really love is the cover’s done by Alex Ross. His Iron Man suit is definitely my favorite out of all of them (with the Bleeding Edge and Model 42 close behind.) His artwork just pops and while I love the current artwork (and I know it would never happen) if Alex Ross just took over the entire book, I wouldn’t be upset in the slightest.

Final Thoughts? – This book is a Marvel hidden gem. While it is a name brand title, I feel like this book hasn’t received the accolades it should. The story is engaging, the characters seem like real people with real problems. Oh, and the artwork is great. Why haven’t you bought this yet?