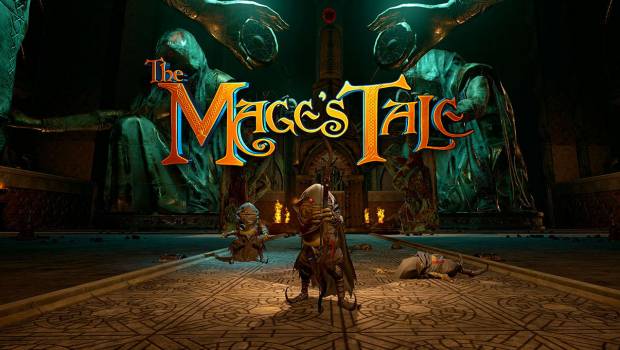 The Mage’s Tale Will Launch on Vive March 23; PlayStation®VR Version In Development and Coming Soon

(Newport Beach, CA –  March 16, 2018) – Called “one of VR’s biggest games” by PC Gamer, “a must-play for RPG fans” by UploadVR, and a “beautiful, classic dungeon crawler with a side order of camp” by RoadtoVR, inXile Entertainment’s The Mage’s Tale, a VR action RPG, is coming to Vive March 23, 2018 for $29.99. The Mage’s Tale for PlayStation®VR (PS VR) version is in development and the game is currently available on Oculus Rift and Touch.

Storyline of The Mage’s Tale

Welcome, oh apprentice of the mystic arts! The corrupt wizard Gaufroi has kidnapped your master, Mage Alguin, and only you have any hope of saving him. To win the day, you will need to explore ten deadly dungeons – including the maze-like sewers of Skara Brae and the horrific living tombs of the bloodthirsty Charn – decipher mind-bending puzzles, avoid terrifying traps, and vanquish hordes of vicious monsters.

But worry not! You wield raw elemental power in the palm of your hand, allowing you to sling gouts of flame, javelins of ice, arcs of lightning, and swirling tempests, which can finish off any fiend that stands in your way – from the snarkiest goblin to the burliest giant. As you delve deeper into the depths, you will discover and master forgotten secrets, ancient lore, and powerful spell reagents with which you can craft increasingly exotic spells to defeat even greater foes. You may be an apprentice now, but to save your master, this must become your Mage’s Tale.