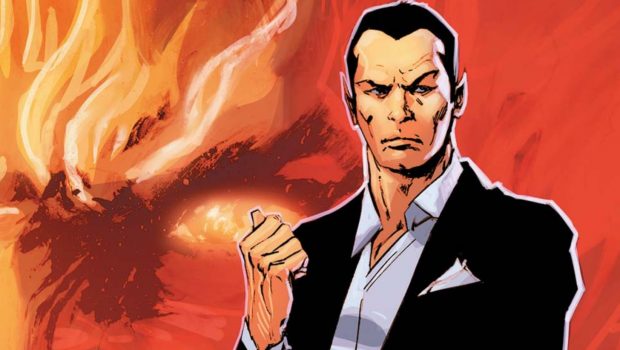 Summary: Invaders #8 keeps on surprising with a story that gives it an epic summer event feel while remaining self-contained and focused on its psychological examination of one of Marvel’s oldest characters: Namor the Submariner.

This issue marks the second part of the “Dead in the Water” storyline which continues Namor’s unhinged assault on the surface world. After Namor uses Atlantean weapons to turn the residents of a small coastal town in Maine into water-breathers and plots to do the same to the entire surface, the Invaders individually grapple with how to deal with the consequences of their old friend’s actions. Zdarksy excels in showing a team that is broken as the stakes continue to rise around them. Captain America blames himself for the failure to stop Namor as he looks for a way to reverse his actions. A vengeful Jim Hammond, in his new Iron Torch body, prepares a full frontal attack on the Atlantean king. The Winter Soldier arranges an ill-fated amnesiac-to-amnesiac meeting. This issue does a fantastic job in giving the events of this series weight, efficiently pulling in a large ensemble of Marvel characters including Tony Stark, T’Challa, Shuri, Charles Xavier, the Roxxon Corporation, and Sue Storm-Richards (as she delightfully reminds her relentless suitor).

Art duties are once again split between Carlos Magno and Butch Guice. Carlos Magno does a decent job with the art duties for the portions of the story set in the present. While competently rendering the various characters and their different emotional states, the action gets a bit muddied at times late in the issue where Namor is fighting with Bucky and the Invisible Woman. A particular sequence where he is commanding the sea to fight them and then flies up with Bucky in his grasp to drop him gets difficult to follow and could use some clearer framing. Where the art really shines is when Butch Guice steps in to draw the few flashback scenes. Guice’s old school style of pencilling is further enhanced by the moody coloring from Alex Guimarães with Dino Sánchez-Almara.

Invaders #8 keeps on surprising with a story that gives it an epic summer event feel while remaining self-contained and focused on its psychological examination of one of Marvel’s oldest characters: Namor the Submariner. While Carlos Magno does a competent job with illustrating the present day action, Butch Guice’s flashback scenes are beautiful and almost make me wish the entire comic was set in the ‘40s. 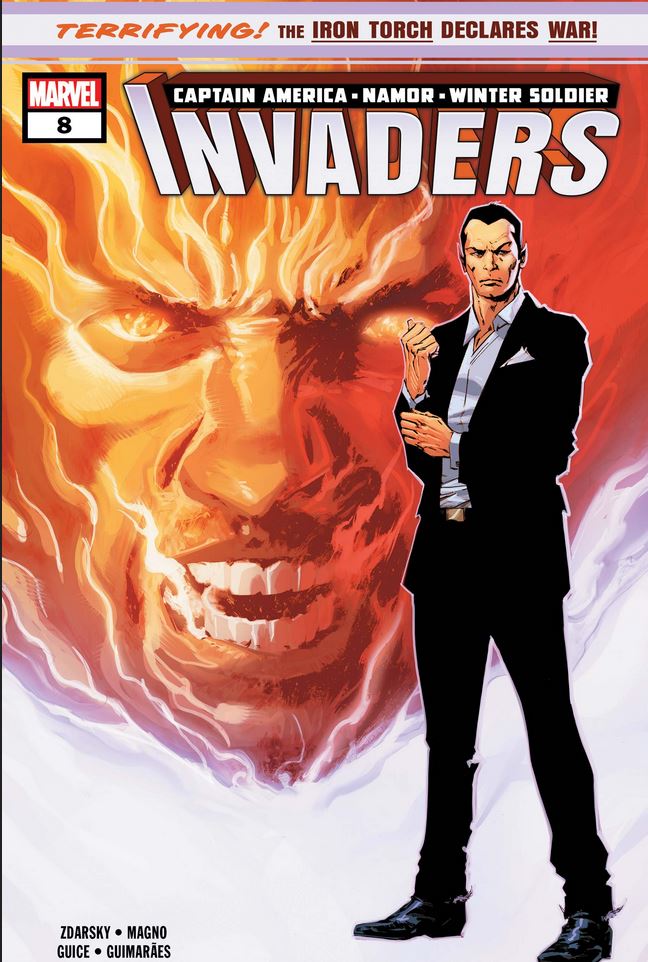