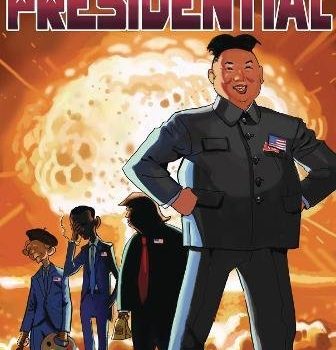 If you think comic book readers and retailers were outraged about Captain America being a Nazi in the pages of Marvel Entertainment’s SECRET EMPIRE event, wait til they get their hands on UnPresidential, the new graphic novel from Man Vs Rock. In the sure-to-be controversial book, Kim Jong Un runs for President of the United States…. And wins.

Co-writers Kevin Bieber and Victor Reynolds and artist Jeremy Labib deliver a SOUTH PARK-style, no holds barred takedown of all parties. Donald Trump and Mike Pence. Hillary Clinton and Bernie Sanders. Chris Christie, Jeb Bush and Ted Cruz. Kathy Griffin and Bono. Edward Snowden and Nate Silver. The NFL’s Roger Goodell. No one is safe from UnPresidential’s spray of satire—not even founding father, George Washington. Deemed too dangerous to be printed in the United States, UnPresidential is being printed in Korea and will be published by Man vs. Rock and distributed by  Z2 Comics on November 21st, a year after last year’s explosive election.

“UnPresidential is the book for everyone who buys Hillary Clinton’s What Happened, but doesn’t have time to read it,” said writer Kevin Bieber. “It’s the perfect book for everyone who wants to read a thoughtful and insightful look at the future of our political system but ends up channel surfing 1980’s action movies instead.”

In UnPresidential, President Trump has mysteriously disappeared between tweets. The United States must hold a special election to replace him, but Americans are sick and tired of the crooked, low-energy candidates churned out by the right and left. Due to a little-known loophole in the U.S. Constitution, a surprising candidate emerges to take America by storm… a man of action who comes from a family of strong leaders and isn’t afraid to push the button. Enter: Kim Jong Un.

“The book is still weeks from publication, and already One Million Moms won’t return our calls,” said Victor Reynolds. “We know if they just give this book a chance, they will be offended. Whether you were with her or wanted him to build a wall, UnPresidential will make your jaw drop.” 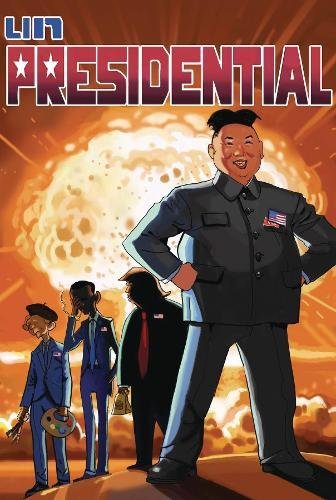