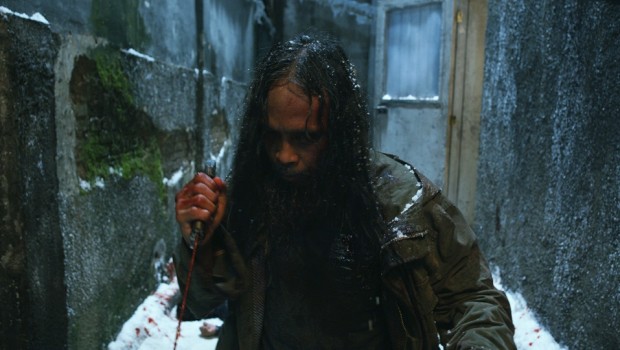 “Bangun’s most loyal and dedicated assassin. He once lived a life of luxury, but has since led a self-imposed life as a vagabond. Still, he is the key to Bangun’s survival in the city: the eyes and ears that help him control every aspect of the city” 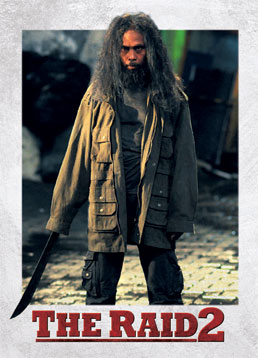 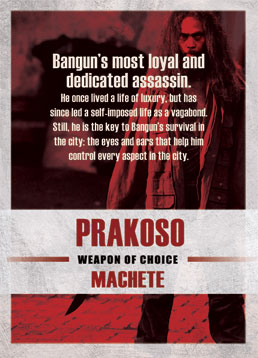 Prakoso, played by Yayan Ruhian, is a killer trusted by Bangun, the feared mob boss who runs crime in Jakarta. They regard each other as family and have worked together for a decade. Prakoso is depicted as a lonely killer who makes a good living but has lost his family. His wife resents him for the path he has chosen and has prevented him to see his son for years. He meets with her infrequently, only to give her money for the education of their son. 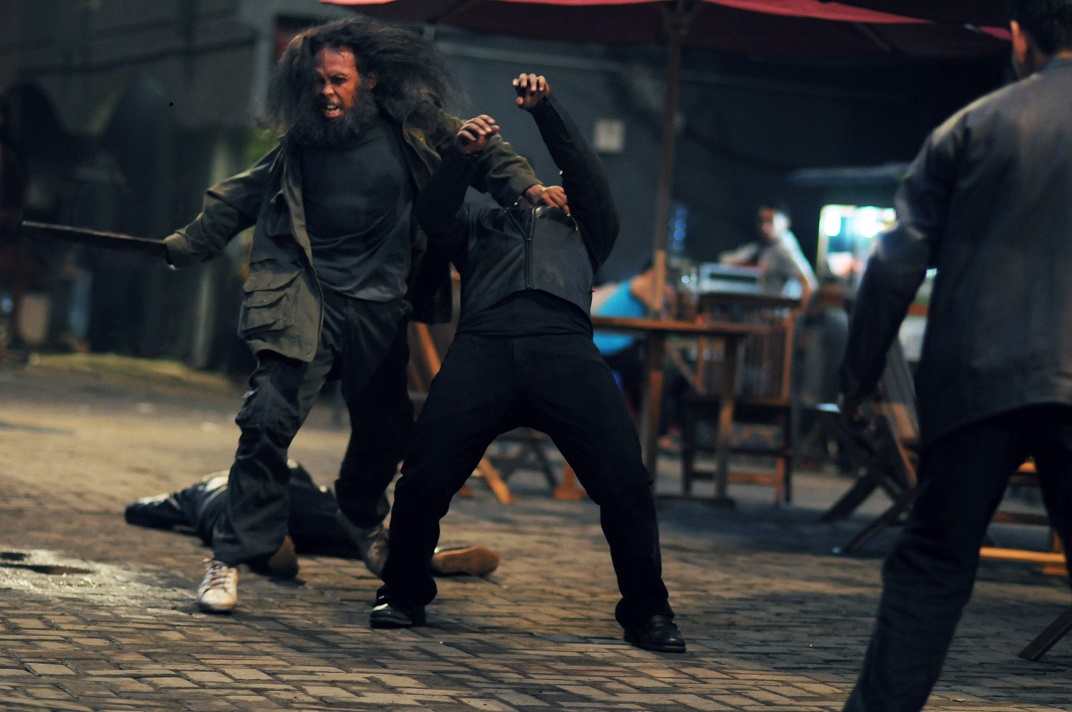 Yayan Ruhian on playing Prakoso “When I read the script and saw the character of Prakoso, I felt like this role would be a challenge for me as an actor. Prakoso is an assassin but he has such a good heart, he does what he can to provide for his wife and child. Even though his wife hates him and rejects the idea of him seeing his son again, he continues to fully support them. He is a man of few words. 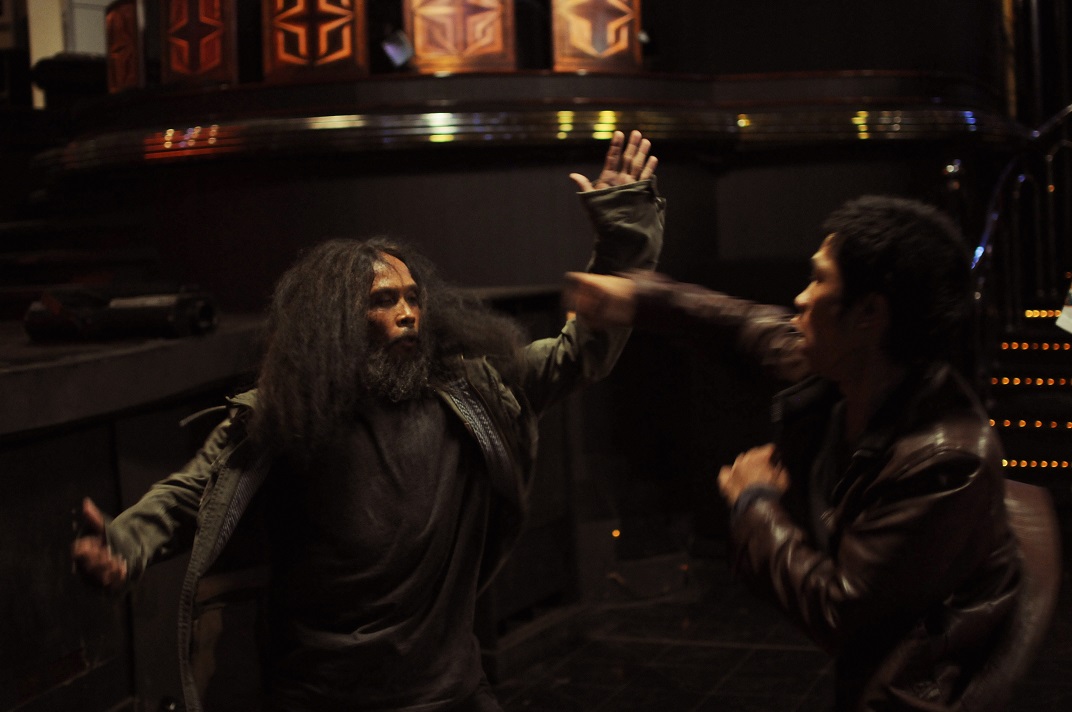 As Prakoso, I have to be able to find a balance and show both sides of the character: Prakoso the assassin and Prakoso the family man. In terms of the fighting scenes, it was also challenging because when he fights, he doesn’t show much facial expression. His face is blank and focused only towards his target. In my previous roles all the fight scenes I performed required expressions and reactions, but this one I have to be neutral. It’s a very different mindset.I have to prepare myself when the camera starts rolling for the scene.”

The Raid 2 – In cinemas March 28
www.theraidmovie.com.au/ 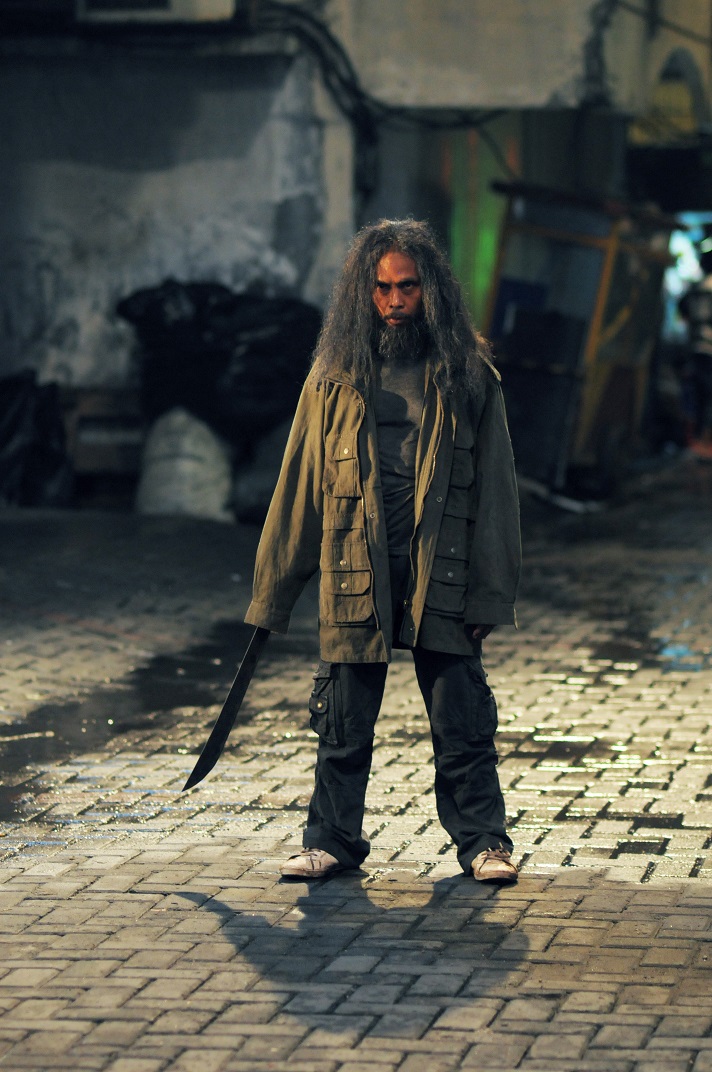