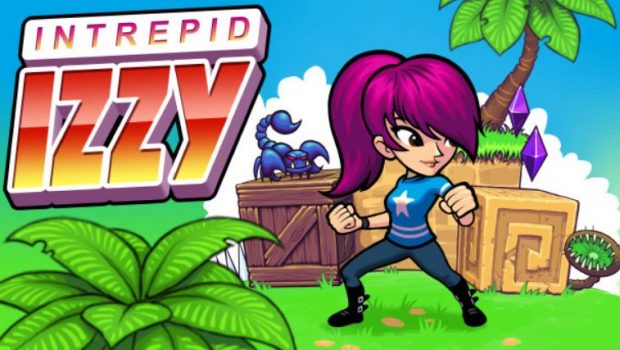 Summary: Solid platforming and brilliant boss encounters more than make up for this Metroidvania's minor irritations.

Of all the consoles I thought I would be reviewing a Switch port for in 2022, Dreamcast, wasn’t one that instantly sprang to mind. Intrepid Izzy is a fantastic Metroidvania with some serious Shantae vibes, that curiously was released for SEGA’s swansong console last year.

The latest project from Dreamcast devs Senille Team, Intrepid Izzy opens with our titular adventurer as she unwittingly unleashes an evil genie hellbent on plunging the world into chaos, while treasure hunting in an abandoned temple. 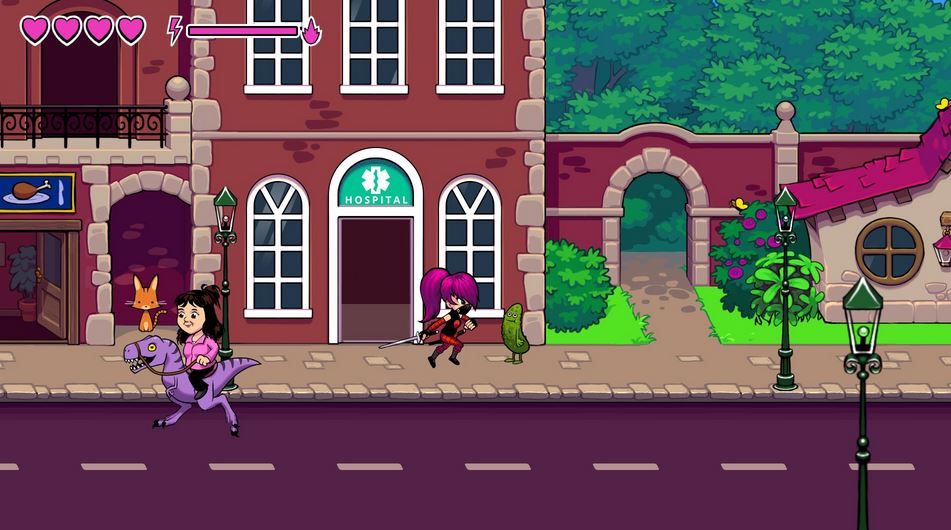 Thus it’s up to you to guide Izzy on her quest to return the evil jinn back to where it came from, by exploring even more temples and plundering the fashionable treasures found within.

It’s odd to think Izzy is a Dreamcast title when the art style and basic feel of the game make me think more of Amiga-style platformers from the early 90s. There’s a whiff of Gianna Sisters about it. It looks a bit generic from moment to moment, but, it’s also well-animated, colourful, and most of the bosses are charming. It also doesn’t hurt that it has a very British sense of humour. In other words, the best kind. 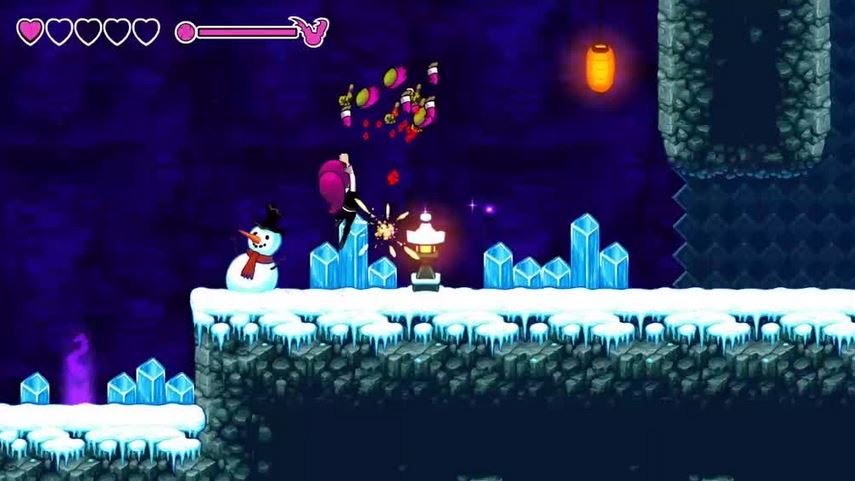 Intrepid Izzy doesn’t give the best first impression. After the opening cut scene, it feels like it’s going to be a standard action platformer. Fun for five minutes but nothing special. It wasn’t until I picked up my first costume. (an adorable flying squirrel onesie) that I realised it was actually a Shantae-style Metroidvania, and the gameplay started to click.

Setting off from Awesometown, the game’s main hub, you are presented with a series of sprawling and varied temples to explore, and a whole wardrobe of abilities to discover, which help you to reach new areas, which then lead to even more costumes and treasure. 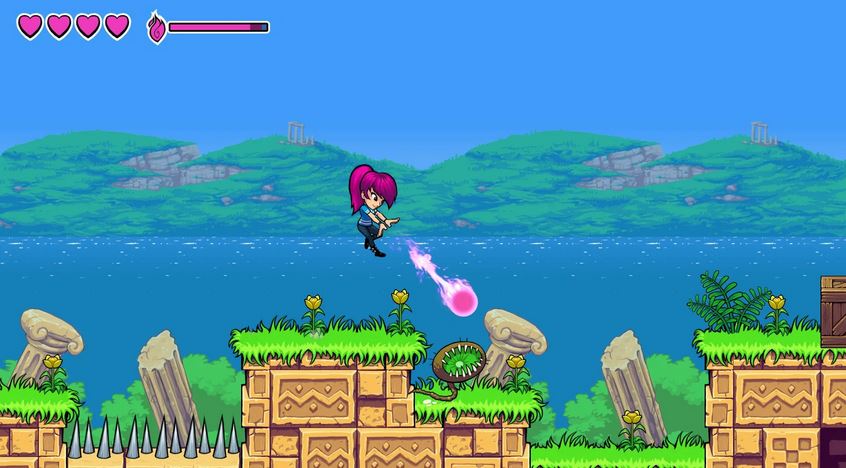 Back in town you can change your costume, buy food, and upgrade your maximum health once you’ve found enough heart pieces.

Once you leave town it’s a case of picking a direction and seeing how far you can go before you reach an obstacle you can’t get past, or if you’re lucky, finding a boss fight or a new costume to change into. So far, so Metroidvania.

In short, there’s a fair bit of backtracking. However, in the early stages at least, you’re never quite sure where to go. It does all come together in the end though, and you do eventually find maps that help you find additional hearts and show you unexplored areas.

You tend to know you’re going in the right direction when you hit a boss. Which are by far the highlight of the game. Each boss is characterful and well-designed. While each fight is a tense affair that is challenging but never cheap.

But around the halfway mark the game begins to run out of steam. After you’ve beaten all the bosses and you realise you still only have half the keys you need to open the massive door at the heart of the game. 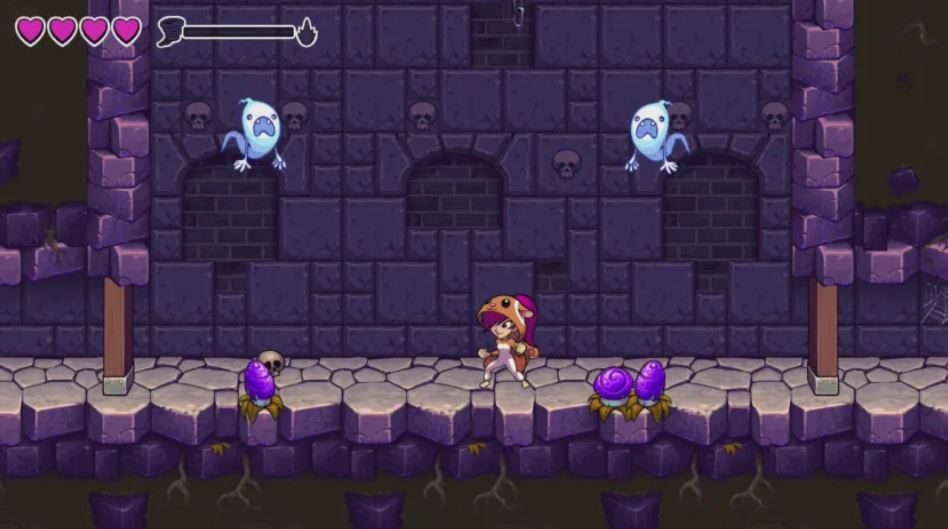 This is exacerbated by the fact you can only change your costumes back at Awesometown rather than on the fly. This means whenever your progress is blocked, even if you know you have the right costume to get past it, you have to trek all the way back to town to put on the right suit and then go all the way back again.

Infinity mirrors dotted throughout each level act as fast travel points. The problem is, there just isn’t enough of them. Most regions appear to have only two of the buggers, and you often find yourself having to slog your way through a bunch of enemies you’ve already killed dozens of times, that, if you’re not paying attention will happily kill you back.

These issues make the backend of the game slow to a crawl, and at times you wonder whether it’s worth trying to find everything. But these irritations aside, I found myself pushing on regardless because the core gameplay is so solid. The platforming is tight, the combat is fun, and I really wanted to see what was behind that damned door. 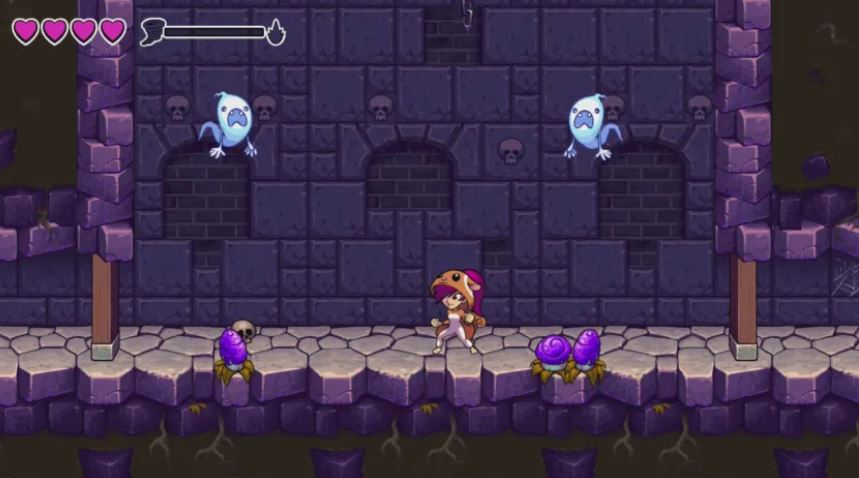 If you’re in the market for a decent Shantae-like, with decent platforming, some great boss battles and a quirky sense of humour. You can do a lot worse than checking out Intrepid Izzy.