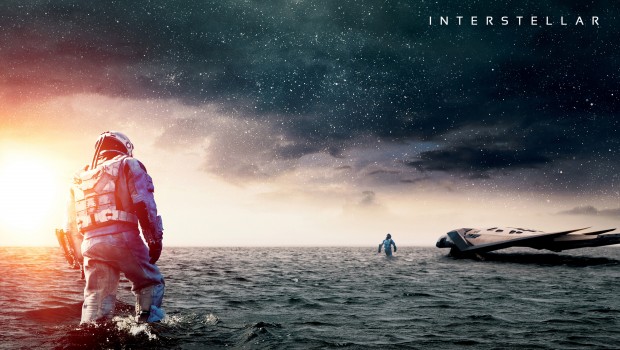 Summary: Interstellar is a technical achievement that also offers an engaging and thought provoking viewing experience.

Releasing at the apex of the McConaissance, Christopher Nolan’s high concept Sci-Fi journey into the unknown sees Matthew McConaughey’s Cooper, a former NASA pilot eking out an existence as a farmer, tasked with leading a last ditch mission through a wormhole in order to save humanity. 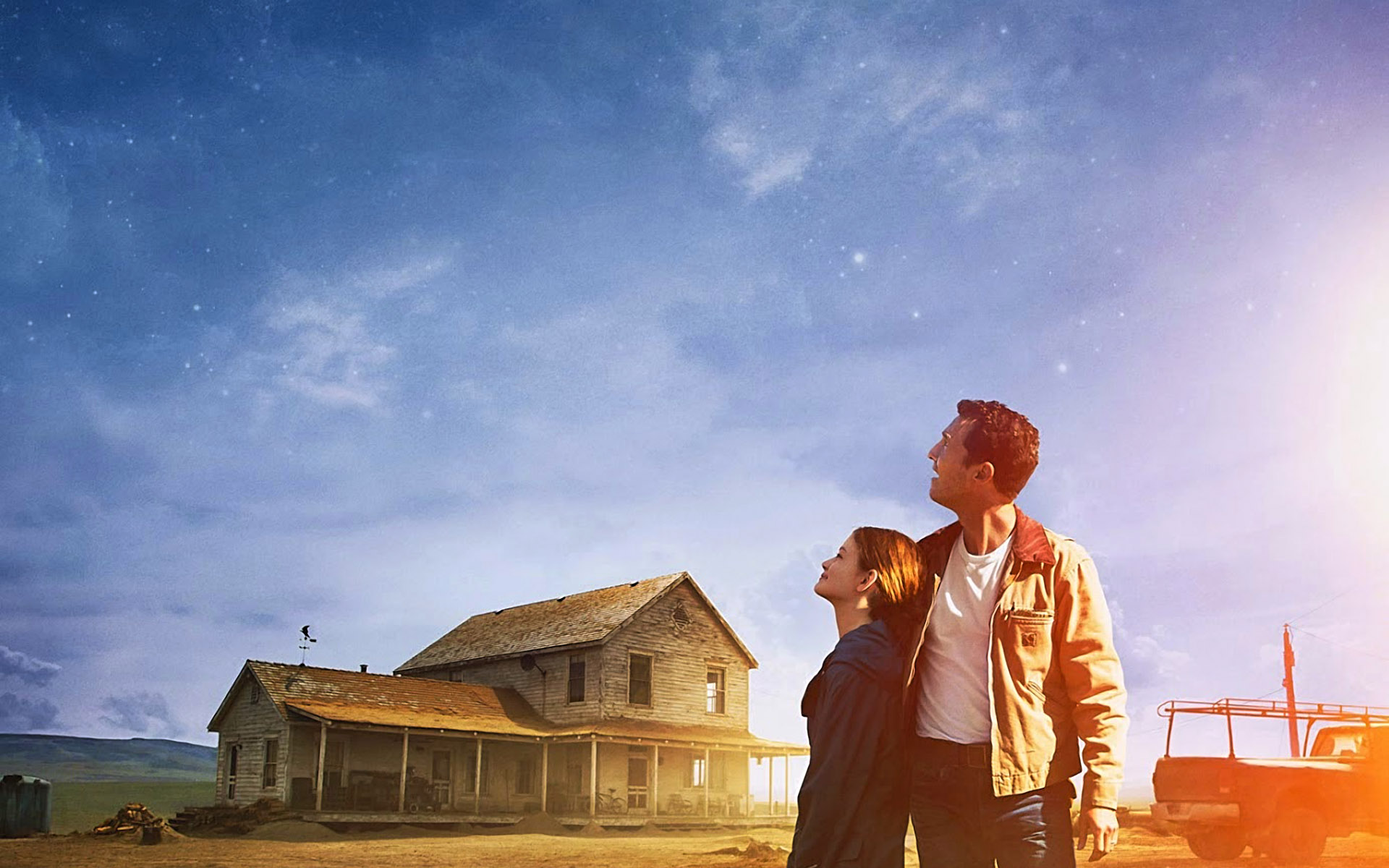 With the planet little more than an unsustainable dust bowl after being ravaged by crop blight, food supplies are scarce and starvation is looking more and more like the inevitable fate that marks the fall of man. Tasked with venturing through a seemingly intentionally placed wormhole, Cooper, accompanied by a crew including Anne Hathaway (The Dark Knight Rises) and Wes Bentley (American Beauty), has three planets potentially capable of sustaining life to investigate before their ship runs out of fuel.

Meanwhile, back on earth, Cooper’s daughter Murphy (Jessica Chastain) struggles to solve an elusive equation which may hold the key to effectively transporting the denizens of our planet to the new world… If her father can stay alive long enough to relay the necessary information back to Earth, that is. 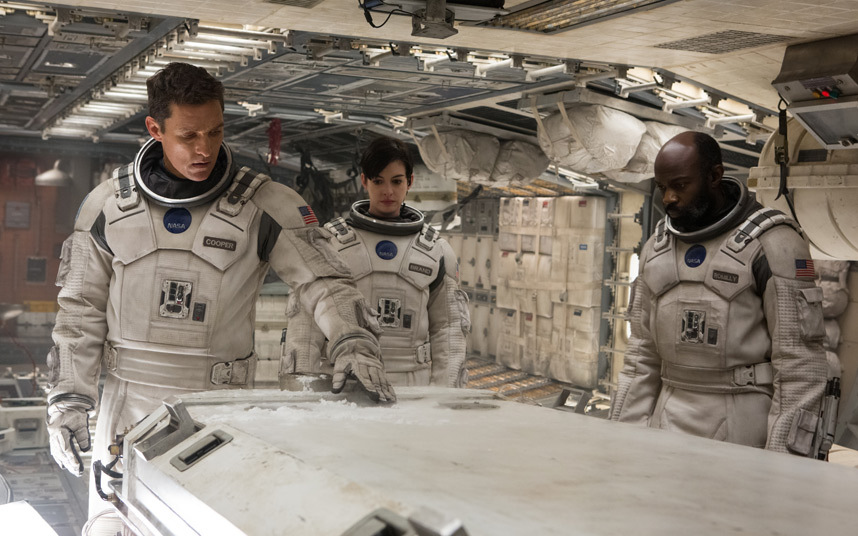 Grandiose, bombastic and a feat for the eyes, Interstellar serves as a culmination of all of the tricks and talents Christopher Nolan has built up over his career; from a technical standpoint the film is as accomplished as expected and the scope of the story is equally matched by the scope of the film’s aesthetic quality.

The story feels tangible and rooted in reality, even the more fantastical elements, and the cast treads this tightrope admirably, giving performances laden with pathos and characterisation whilst still selling the moments strongly rooted in speculative science fiction. 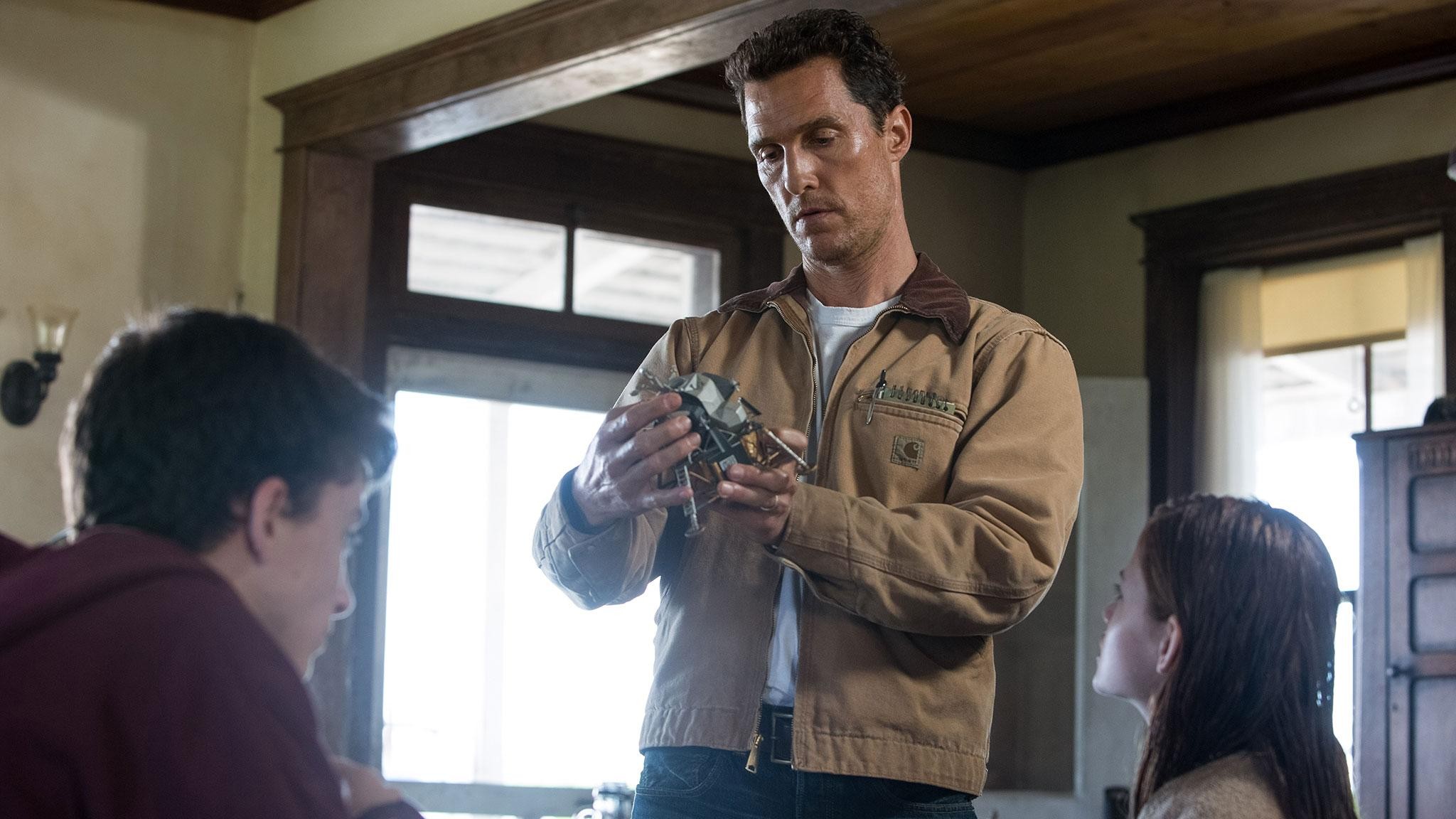 The production design is of the utmost quality, with lavish set design and stunningly gorgeous IMAX shots making for a sumptuous visual feast; the supporting cast, including Michael Caine and Casey Affleck, bolsters the strong performances by the leads and, overall, it’s rather hard to find any real fault with Interstellar.

Sure, the narrative can appear unnecessarily convoluted upon first viewing but the pieces all slot nicely in to place by the close of the film and, with many aspects of the story being grounded in scientific fact and theoretical physics, Interstellar offers an intriguing perspective on the viability and necessity of interplanetary colonisation and interstellar travel. 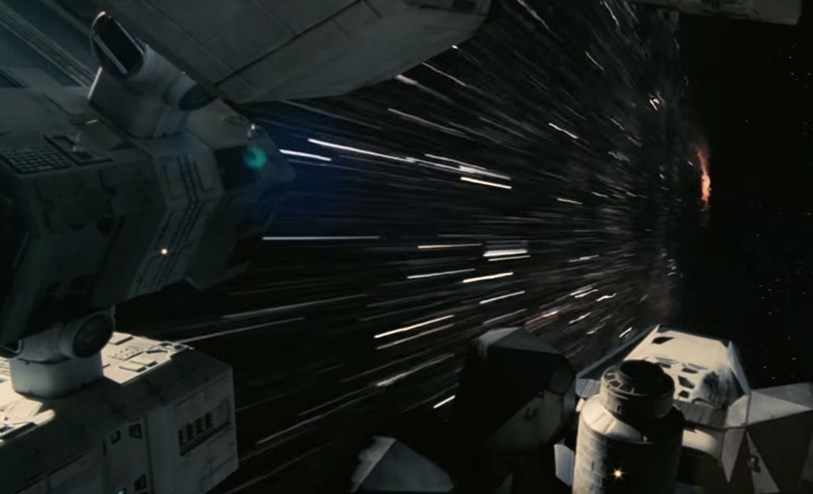 Interstellar has been afforded with a pristine transfer that takes full advantage of Blu-ray’s capabilities. The image may initially appear slightly softer than expected upon first loading the disc, but this is simply due to the film being filmed on actual film stock rather than digitally, as is the norm. This lends the film a grainy cinematic quality that almost feels like a throwback to the epic blockbusters of yesteryear, a visual dichotomy that I wasn’t even really aware of before comparing Interstellar’s beautiful image with the sharper and somehow less authentic image quality of its contemporaries.

The image boasts a visual clarity that is resplendent with fine detail and naturalistic colours. There are no signs of compression, crushing, aliasing or any other form of visual anomalies. The film shifts aspect ratio a few times throughout its duration to take advantage of the IMAX footage but, unlike other examples, the transitions are relatively smooth and fit well within the context of the story.

Interstellar excels in the audio department as well, although one may initially think that there was an oversight in regards to sound design. This is due to Hans Zimmer’s bombastic score almost threatening to drown out dialogue at time; apparently this was a conscious design choice by Nolan and is presented exactly as intended. Audio is presented via a lossless DTS-HD Master Audio 5.1 track that will put your sound system to work; from the subtle nuances of ambient sounds to intimate conversation to the claustrophobic emptiness of space, everything sounds as crisp and clean as it would were you actually present.

Overall, another exemplary transfer from Roadshow. 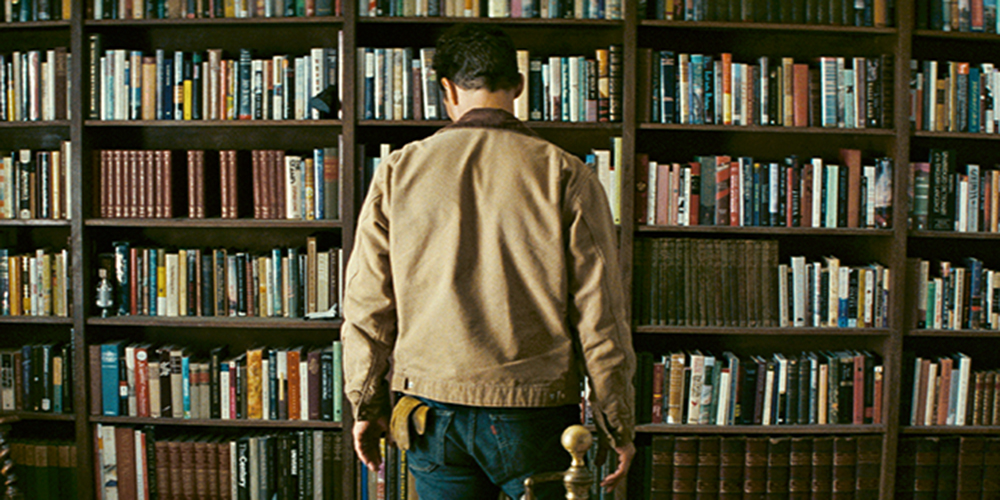 Interstellar comes with a decent raft of supplemental features included on the second disc. Probably the most interesting of these is The Science of Interstellar, a lengthy and intriguing look at the scientific foundations and facts behind the film. Narrated by McConaughey, this feature explores relativity, worm holes and their properties, the prospect of interplanetary colonization and much, much more. Well worth a look if any of the concepts featured in the film grabbed your attention, this real life perspective upon the themes of Interstellar is an engaging piece that nicely complements the feature film.

Also included are a handful of promotional trailers as well as Inside Interstellar; clocking in at just under two hours, this comprehensive look behind the scenes sheds some light on the filming process, such as electing to use real dust rather than CGI, the origins of the film, shooting in the IMAX format, set and costume design and a multitude of other areas.

Overall, each of the main special features is a satisfyingly rewarding viewing experience that is well worth a look once the credits roll. 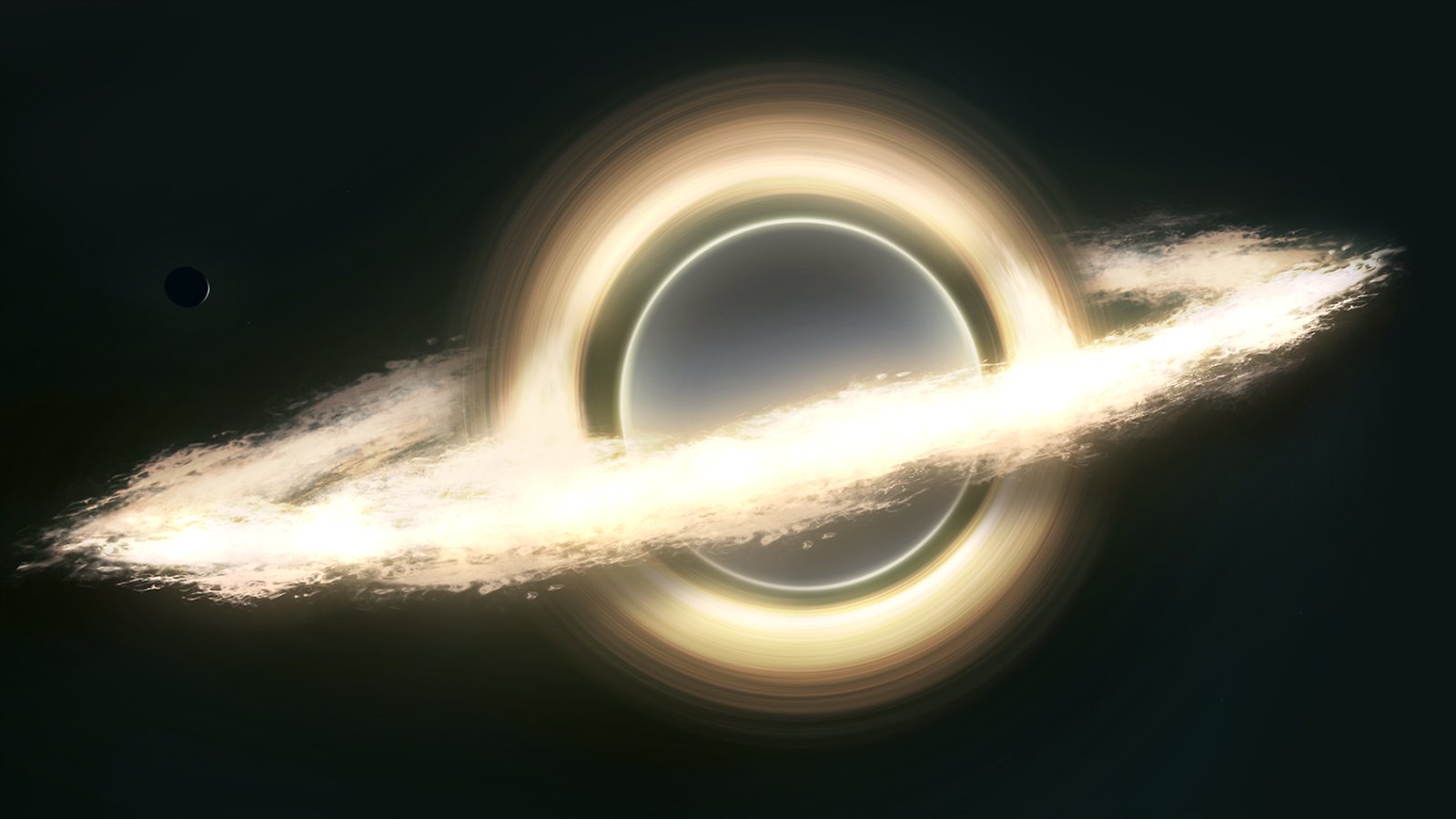 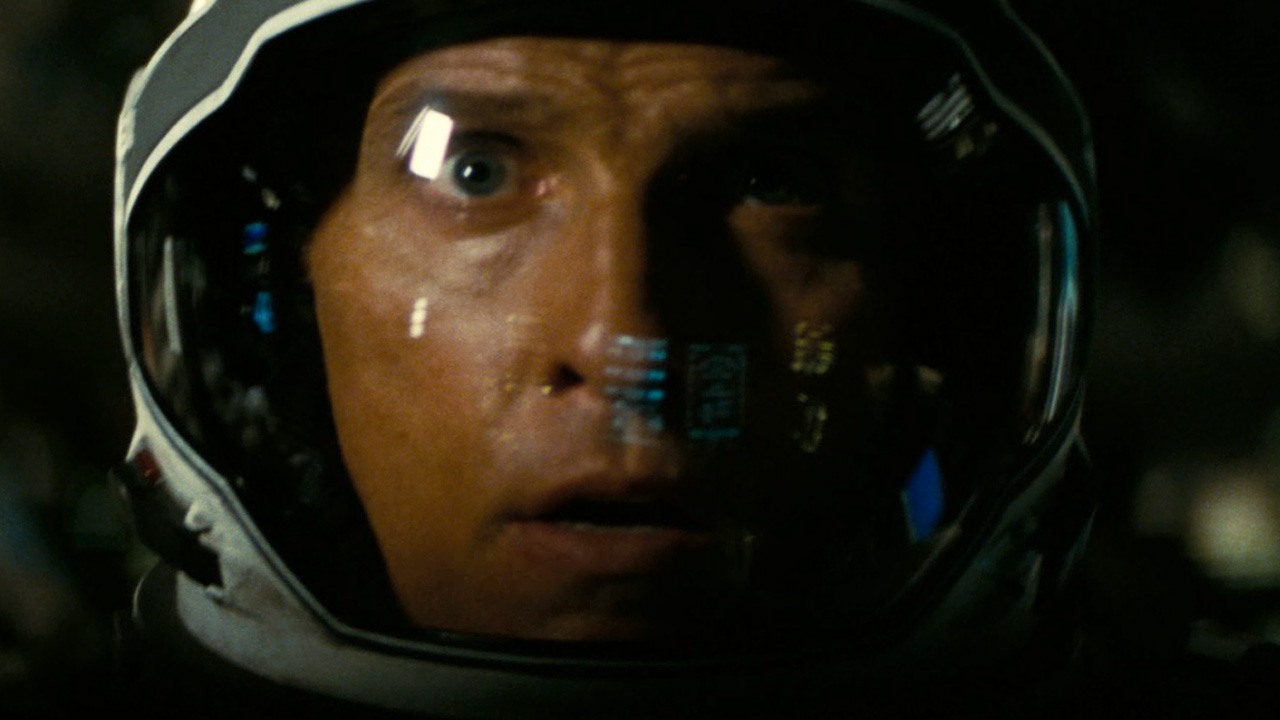 Thoughtful, exhilarating and featuring a performance from McConaughey that trumps all but his turn in True Detective, Interstellar is the perfect marriage between Nolan’s more intimate narrative style and the visual splendor he so effortlessly conveys on the screen, a feat made even more admirable when considering that practical effects were used whenever necessary.

The film falters at certain points along the narrative and the saccharine sentiment of love trumps all may grate on the nerves of more jaded viewers, but Interstellar is a technical achievement that also offers an engaging and thought provoking viewing experience. 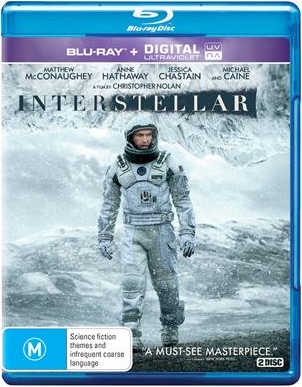