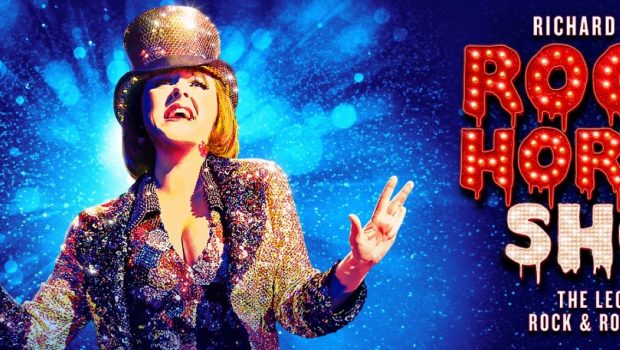 A brand-new Australian tour will kick off global celebrations in honour of iconic Rock ‘N’ Roll musical The Rocky Horror Show as it marks its 50th Anniversary in 2023. This brand new Australian production will open at Theatre Royal Sydney in February 2023 starring Australian superstars Jason Donovan as Frank N Furter, and Myf Warhurst as The Narrator. Joining them will be Ellis Dolan as Eddie/Dr Scott, Darcey Eagle as Columbia, Ethan Jones as Brad, Deirdre Khoo as Janet, Loredo Malcolm as Rocky and Henry Rollo as Riff Raff. Further exciting casting will be announced soon.

Tickets on sale tomorrow Monday 17th October 10am at rockyhorror.com.au

Back in the 1970’s when someone asked me to entertain the Christmas staff party at the EMI Film Studios and I turned up with a song called Science Fiction Double Feature who would have known this was the germ of the idea to turn into today what is The Rocky Horror Show. To be celebrating 50 years is beyond my wildest expectations – from the humble beginnings back in 1973 at the Royal Court Theatre in London. There is no better fitting place in the world than Australia to launch this 50th Anniversary Tour with over 14 productions since its very first production in 1975 – The Rocky Horror Show is one of Australia’s most performed and beloved musicals of all time.

Jason Donovan’s over 30 year international career has made him one of Australia’s most successful performers. He was catapulted into homes in Australia and the UK in 1986 when he first appeared on Neighbours starring opposite Kylie Minogue and recently made a much-anticipated return to the iconic Australian series with Kylie seeing millions of viewers across the world tuning in for the heart-warming final episode. Jason’s debut album was a platinum selling record in Australia and was the highest selling album in the UK in 1989. Since then he has sold over 13 million albums worldwide and continues to tour with his live shows to adoring audiences. The multi award winner made his defining musical theatre debut in the lead role of Joseph and the Amazing Technicolor Dreamcoat on the West End in 1991 which also earned him an Olivier Award nomination. He has since starred in many West End musical theatre productions including Priscilla Queen of The Desert, Chitty Chitty Bang Bang, The Rocky Horror Show, Annie Get Your Gun and The Sound of Music as well in the Australian production of Chicago in Melbourne in 2019. Jason is currently starring as the Pharaoh in the UK tour of Joseph and the Amazing Technicolor Dreamcoat and on the West End as Teen Angel in Grease.

“I am thrilled to be coming home next year to be part of the legendary Rocky Horror Show and in its 50th Anniversary production no less! From the very first performance in London those years ago, Richard O’Brien created a show from the wilds of his imagination with incredible music that has now stood the test of time, and an awesome energy that befits its accolades and its endurance. Quite simply, it’s a rock n roll show appealing to the cheeky side of us all so I cannot wait to be on stage at Theatre Royal Sydney to party in 2023!”, said Jason Donovan.

Presenting the story on stage as The Narrator will be legendary and well-respected Australian music broadcaster, TV presenter, journalist & writer Myf Warhurst. Known to audiences from years behind the mic on Triple J, Triple M and Double J and most recently as co-host of the Australian commentary on the world’s biggest song competition Eurovision, Myf is one of Australia’s most accomplished music and pop cultural aficionados. Past Australian Narrators have included Bert Newton, Gretel Killeen and Derryn Hinch, so Myf’s 7-year TV stint wrangling rock stars and other showbiz luminaries on Spicks and Specks makes her a perfect choice to present the mayhem that ensues on stage when the inhabitants of far-off Galaxy Transylvania descend to earth with the insatiable desire to party!

“If my 15 year old self had any inkling I’d be invited to be a part of a legendary musical that not only celebrated difference, changed lives and had cracking songs to boot, AND I would be starring alongside Jason Donovan, she’d be squealing. Frankly, I’m actually squealing now! It’s a huge honour to be invited to be a part of this historical show’s 50th celebrations and to finally show the world my moves to the Time Warp that I, like so many other people, have practiced for most of our lives on dance floors all over the world.”, said Myf Warhurst.

Alongside them will be a slew of exciting and incredibly talented Australian performers. Actor and creative writer Ellis Dolan will play Eddie/Dr Scott having recently appeared in the Australasian Tour of School of Rock and Melbourne Shakespeare Company’s The Merry Wives of Windsor. Darcey Eagle who graduated from the Victorian College of the Arts and starred in recent productions including Victorian Opera’s Tommy and Cruel Intentions the 90s Musical will play Columbia. WAAPA graduate Ethan Jones, currently starring in the Australian tour of 9 to 5 the Musical will play Brad and opposite him as Janet will be Deirdre Khoo also a WAAPA graduate who recently made her professional debut in the Darlinghurst Theatre Company’s Once. Loredo Malcolm will play Rocky after being part of the original Australian cast of Hamilton, and fresh from the Australian Tour of Jagged Little Pill, Henry Rollo will play Riff Raff. Further casting is underway and will be announced soon.

The Rocky Horror Show first began life in 1973 before an audience of just 63 people in the Royal Court’s Theatre Upstairs. It was an immediate success and transferred to the Chelsea Classic Cinema, before going on to run at the Kings Road Theatre, 1973-79 and the Comedy Theatre in the West End, 1979-80. In 1975 it was transformed into a film called ‘The Rocky Horror Picture Show’. This film adaptation took over $135 million at the Box Office and is still shown in cinemas around the world nearly 50 years after its premiere, making it the longest running theatrical release in cinema history. Many stars of the stage and screen including Russell Crowe, Tim Curry, Susan Sarandon, Meatloaf, Jerry Springer, Adam Lambert, Emma Bunton, Stephen Fry, Reg Livermore, Bert Newton, Gretel Killeen, Derryn Hinch, and Shane Jacobsen have appeared in The Rocky Horror Show over the past 50 years. This iconic brand holds a unique place in theatre history, a show which has defied the decades and continued to grow in popularity.

TICKETS ON SALE MONDAY 17 OCTOBER 10AM