Speaking at the World Knowledge Forum in Seoul, South Korea, professor Amnon Shashua, Mobileye CEO and Intel senior vice president, offered the autonomous driving industry a way to prove the safety of autonomous vehicles. His solution, published in an academic paper and a layman’s summary paper , provides a formal, mathematical formula to ensure that a self-driving vehicle operates in a responsible manner and does not cause accidents for which it can be blamed.

Mobileye, an Intel company, is a leader in automated technology and the world’s largest supplier of cameras for advanced driver assistance systems (ADAS). With many years of success in vehicle automation and the evolution from ADAS to full autonomy, Shashua and his colleague Shai Shalev-Shwartz developed a mathematical formula that can bring certainty to the open questions of liability and blame in the event of an accident when a vehicle has no human driver.

Their proposed Responsibility Sensitive Safety model provides specific and measurable parameters for the human concepts of responsibility and caution and defines a “Safe State,” where the autonomous vehicle cannot be the cause of an accident, no matter what action is taken by other vehicles.

In his talk, Shashua called upon the industry and policymakers to “collaboratively construct standards that definitively assign accident fault” when human-driven and self-driving vehicles inevitably collide. He explained that all the rules and regulations today are framed around the idea of a driver in control of the car and that new parameters are needed for autonomous vehicles.

Shashua explained: “The ability to assign fault is the key. Just like the best human drivers in the world, self-driving cars cannot avoid accidents due to actions beyond their control. But the most responsible, aware and cautious driver is very unlikely to cause an accident of his or her own fault, particularly if they had 360-degree vision and lightning-fast reaction times like autonomous vehicles will.”

The RSS model formalizes this in a way that ensures self-driving cars will operate only within the framework defined as “safe” according to clear definitions of fault that are agreed upon across the industry and by regulators.

“As regulators and policymakers around the world struggle with how to manage the deployment of automated driving without stifling innovation, having a common, open method of evaluating the efficacy of the technology seems like a good starting point. The Responsibility Sensitive Safety model proposed by Mobileye seems like a viable place to start the conversation. At least as an evaluation method, it doesn’t lock anyone into specific technologies while also providing a good framework for the decision-making process within control systems,” said Sam Abuelsamid, senior research analyst contributing to Navigant Research’s Transportation Efficiencies program. 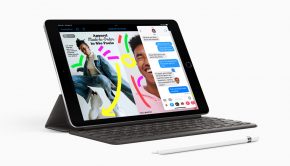 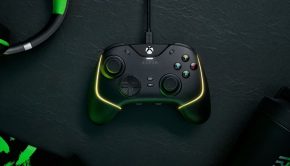 RAZER LAUNCHES THE WOLVERINE V2 CHROMA, ITS MOST ADVANCED PRO CONTROLLER EVER →