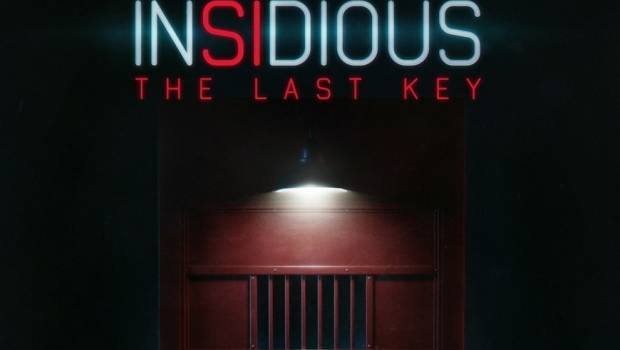 Insidious: The Last Key is the fourth instalment in Blumhouse’s beloved possession franchise. In it, psychic Elise Rainer (Lin Shaye) returns along with her paranormal investigator sidekicks, Specs (Leigh Whannell) and Tucker (Angus Sampson). This time they’re returning to Elise’s childhood home in Five Keys, New Mexico. This is Elise’s origin story. Yes, the series has ventured into prequel territory. Adam Robitel does a workman-like job of stitching together some effective jump scares, but Whannell’s script is all over the place. What could have been a fun date-night fright fest ends up taking itself far too seriously.

Let’s be honest, there has never been anything hugely original about the Insidious series, but it did reinvigorate the poltergeist genre. And the films were a lot of fun. Whannel’s first three films balanced scares and drama relatively well. Patrick Wilson always provided some solid dramatic chops that grounded the films, and the random moments of humour were balanced. Yes, the third film was more than a little weak, but not terrible. Unfortunately, Insidious: The Last Key has been possessed by a desire to balance demonic possession, Ghostbusters-esque humour, and moving family drama. No rescue journey into The Further can save this from being an uninspired mess. 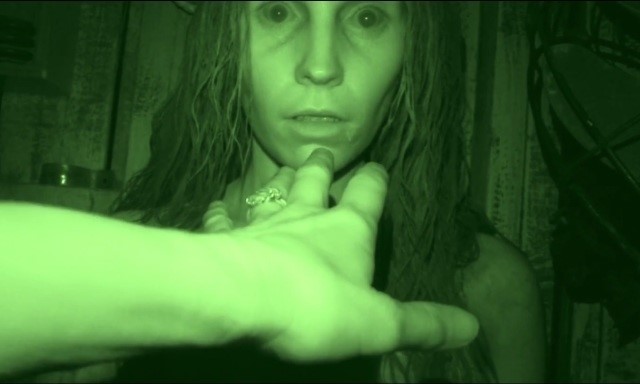 The Last Key begins with a flashback. Elise comes from a violent and emotional wrenching childhood. Her father Gerald (played by a permanently scowling and disinterested Josh Stewart) is an abusive prison guard. He keeps his wife and young son living together in terror. Eventually, Elise escapes and begins her life anew, but 50-odd years later something drags her back home. Ted Garza (Kirk Acevedo) has taken up residence at her old family home and when he contacts her about being haunted, she volunteers to help him. She’s guilty about the unfinished business she’s left behind in her home. Cheesy family drama, predictable flashbacks, and mediocre paranormal jump scares ensue.

The acting in The Last Key is not great. None of the previous films had great acting, but this is firmly in the B-zone. Whannell and Sampson bring some comic relief, but their acting is pretty rough. Lin Shaye is passable when she’s entering The Further and taking on ghosts and demons, but she just doesn’t have the charisma to drive a feature film. Her reunion with the long-lost brother, played by Bruce Davison, is tepid and forced and the dialogue involved is terrifyingly cliche. Javier Botet gives his usual creepy performance and it adds some atmosphere to the film. Kirk Acevedo provides the strongest performance even if his character is the least original part of the film. But these positives are quickly exorcised elsewhere. 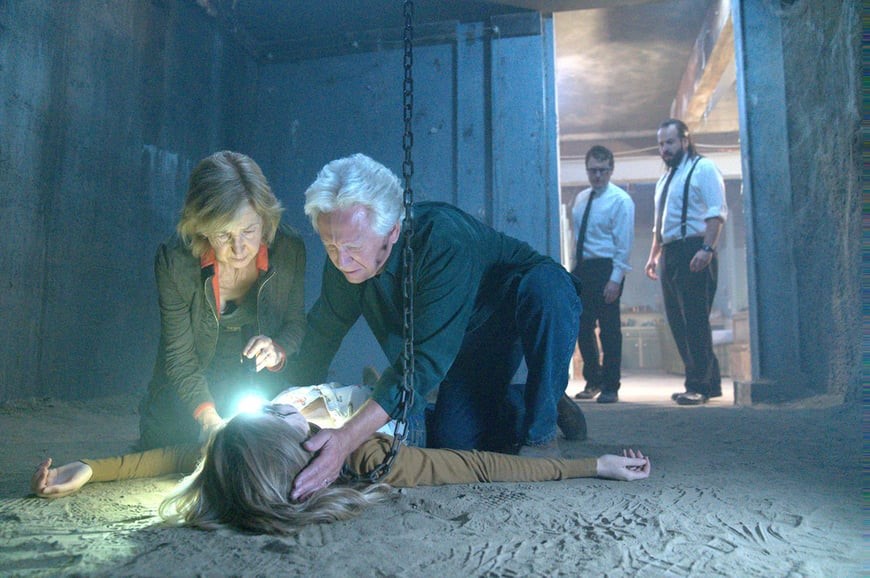 While there are a few surprise twists in The Last Key, they can’t help the plot escape a bad script. Whannell has dialled the comedy right up to “forced” for this instalment. Maybe he knew he had a lemon of an idea; maybe he decided that he’d not yet paid homage to Ghostbusters. Either way, Tucker and Specs are constantly cracking jokes and sleazy one-liners in amongst their slapstick schtick. It is entertaining, but also quite distracting. It doesn’t sit comfortably with the fairly disturbing narrative of abuse and gendered violence that underpins everything. The cheap laughs consume the film’s gravitas. And then there is the confusing reunion Elise has with her estranged brother. This is an added convolution that is poorly acted and ghoulishly sucks dry the remaining dramatic tension.

The cinematography is effective: cinematographer Toby Oliver (Get Out, 2017) uses shadows and darkness to good effect, if not in a wholly unique manner. The sound design is suitably ominous and helps develop the regular scares throughout. The technical aspects of The Last Key are utilitarian and do the job. But together they don’t make anything original or memorable. 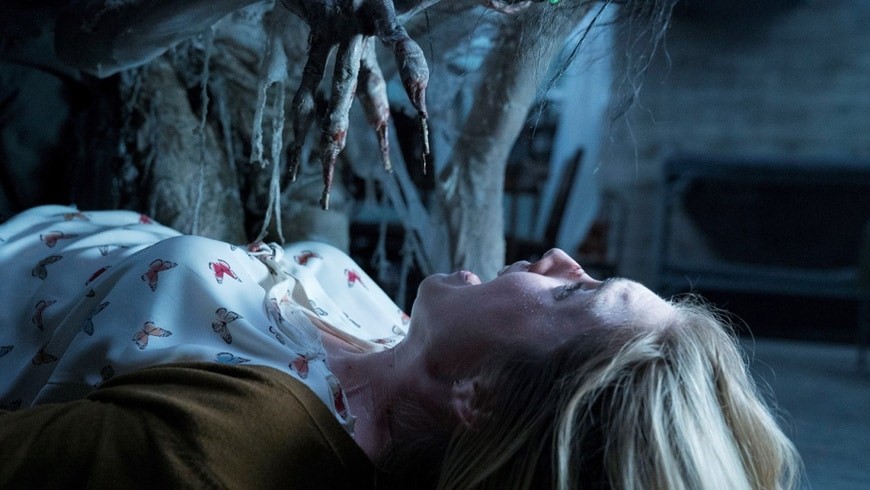 And here lies the problem with Insidious: The Last Key, it is tired and worn like a Hollywood prop key. Its tropes have been rehashed and resurrected from earlier films and franchises. Throughout, I couldn’t help feeling that Whannell and Robitel had collected all of their favourite horror plots and effects from the last 40 years, tossed them into the script blender, looked at the mess and been satisfied with serving up sequel soup. In taking from so many (better) sources, the film is left inchoate and cheap. Additionally, by tossing in a family reunion narrative the film becomes unnecessarily complicated and emotionally uneven. It doesn’t help that neither the script or the cast can carry that particular dramatic thread.

In the end, what could have been a fun set of scares and laughs in the cinema is but a spectre of what the franchise once was. In trying for serious drama, Insidious: The Last Key forgets what it should be: hokey fun. It’s best not to unlock the wallet on this one, it’s gone too far into the Further of franchise mediocrity. One and a half recycled jump scares out of five.

Summary: Insidious: The Last Key is possessed by tired ideas and an urge to insert some serious family drama, proving some red doors really should stay locked.