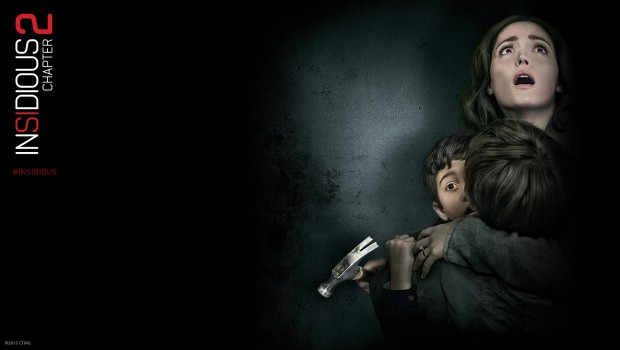 The Lamberts, the most haunted family in America, return for more spine-tingling suspense in Insidious: Chapter 2. Under suspicion of murder and weary of her haunted husband Josh (Patrick Wilson), Renai (Rose Byrne) returns to her mothers house in fear for her family’s safety.

Insidious: Chapter 2 was shot for a paltry budget of five million dollars. With the film raking in thirty times that already, there is no denying the thrifty working style and genre grasp of director James Wan (Saw). Saving the gore in favour of thrills and suspense, the Insidious films have proved to be above average quality in the over saturated market of horror films. Those that have seen the first film know what to expect. Newcomers should check out the first film before viewing this follow up, otherwise things may seem a little confusing and perhaps even silly. The acting is still good, if not a little over the top with the supporting cast. Rose Byrne is terrific and terrified as ever. Patrick Wilson remains a weak point for the series. He has little range or believability throughout his performance. The important thing is that the scares are still present and they will creep you out, rather than gross you out. This is Wan’s intention, and the scares make for entertaining viewing for those who enjoy a splash of eerie in their entertainment. 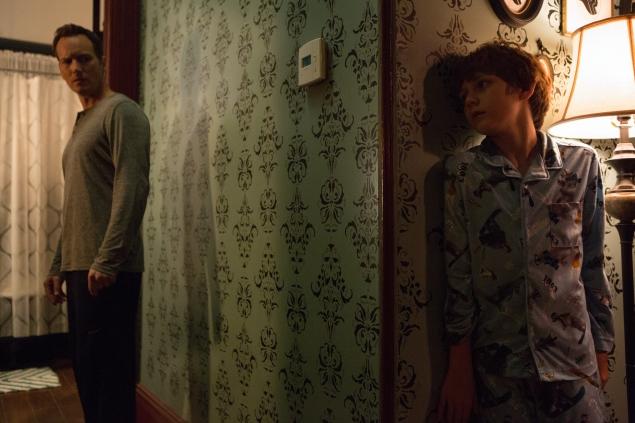 Insidious: Chapter 2 will have fans enjoying their time in the cinema. Those who thought the finale of the previous film was ridiculous will perhaps not like this film as much as a standard slasher or thriller. This sequel by its very nature just seems to be a bit of stretch. Insidious was a film that didn’t ever require a sequel and the great work on show with these films seems cheapened further by the fact that there will probably be a third in the series. While horror is the main genre where sequels are almost expected, it would be nice to see a good thing put to rest before it sullies.

Summary: The important thing is that the scares are still present and they will creep you out, rather than gross you out.