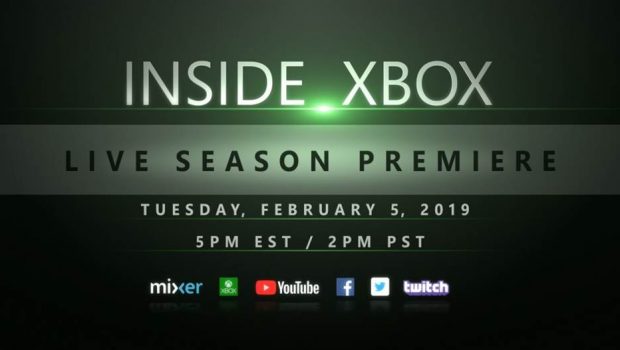 Inside Xbox is Back with Its First New Episode of 2019

Inside Xbox returns Wednesday, 6 February at 9.00am AEST with an all-new episode featuring exclusive news, content, reveals, interviews and footage you won’t see anywhere else!

With the February 15 release of Crackdown 3 available with Xbox Game Pass and on Xbox One and Windows 10 PC, you can expect it to take centre stage in the February episode of Inside Xbox. We’ll have Creative Director of Crackdown 3, Joseph Staten, on hand to divulge details on the game’s campaign mode and more.

And that’s just the start! We’ve got reveals and new info to share on Mortal Kombat 11, The Division 2, Sea of Thieves, Astroneer, Journey to the Savage Planet, Jump Force, Metro Exodus, and of course, Xbox Game Pass and bunch of news under lock and key so be sure to tune in on Tuesday, February 5.

You will find the show live on Mixer, Twitch, YouTube, Facebook, and Twitter. We want you to watch the show where you want to watch it, but we hope you’ll check us out on Mixer for some exclusive behind-the-scenes content and a super-top-secret MixPot that will give you free stuff just for logging in. We’ll have more details on these exciting (and did we mention free?!?) giveaways before the show airs, but if you don’t already have a Mixer account, now’s the perfect time to head over to our streaming service on your Xbox, PC or mobile device and get logged in with your Microsoft account so that you’re all set on show day.

Set your alarm for Wednesday, 6 February at 9.00am AEST. See you then!